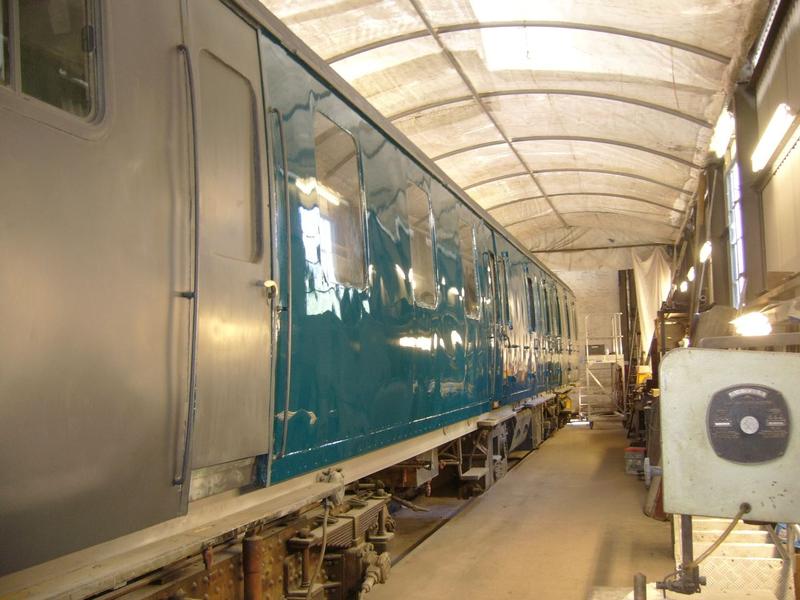 August 16th & 17th Saw 'Not the last Thump' move to the Lavender Line. 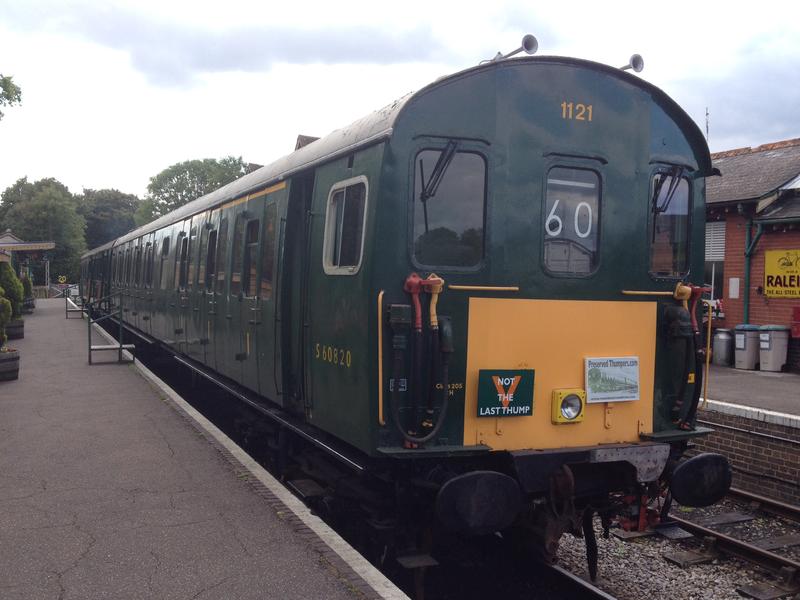 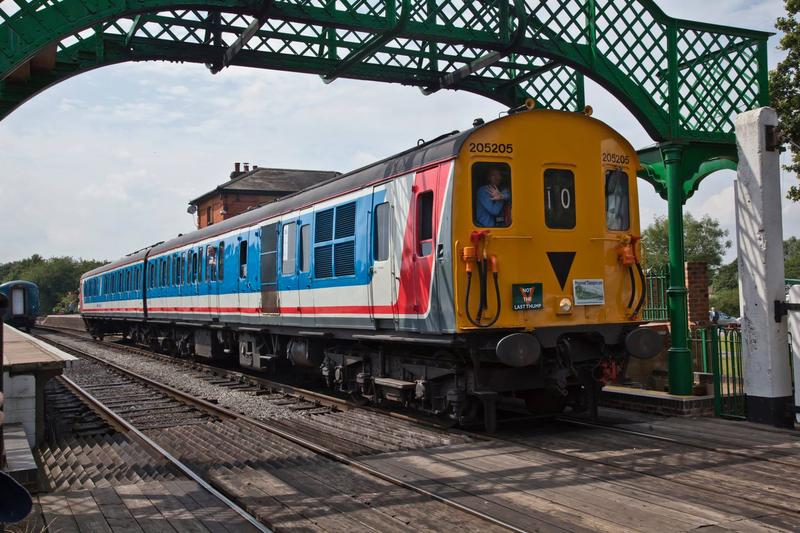 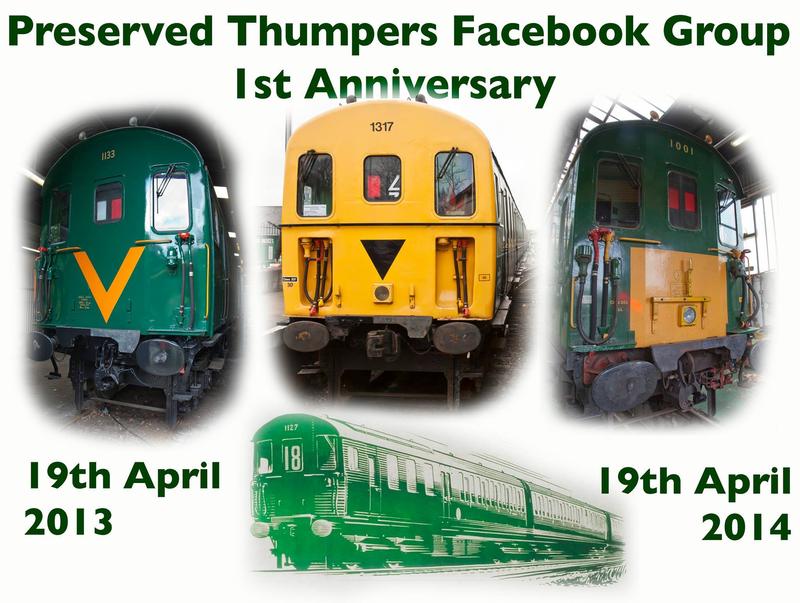 8th March, 1125 ends up becoming a set of coaches for the weekend at the Mid Hants steam gala.

17th January, Peter Chapman from the Dartmoor Railway posted these images of 1118 under restoration at Willition on the West Somerset Railway 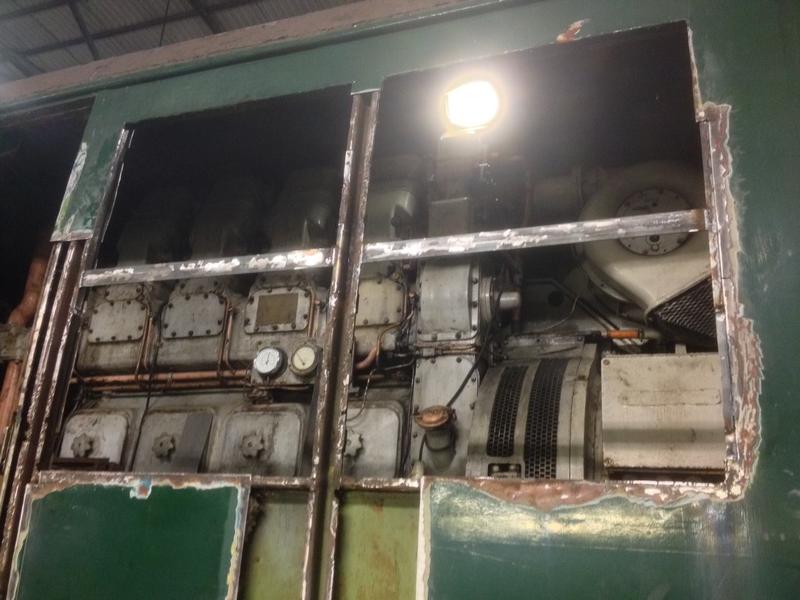 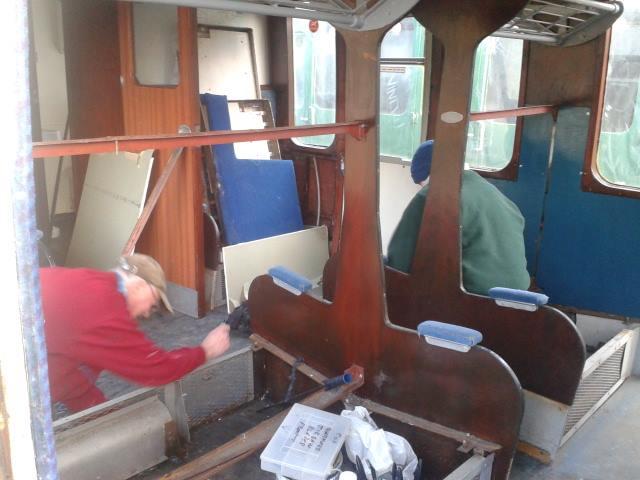 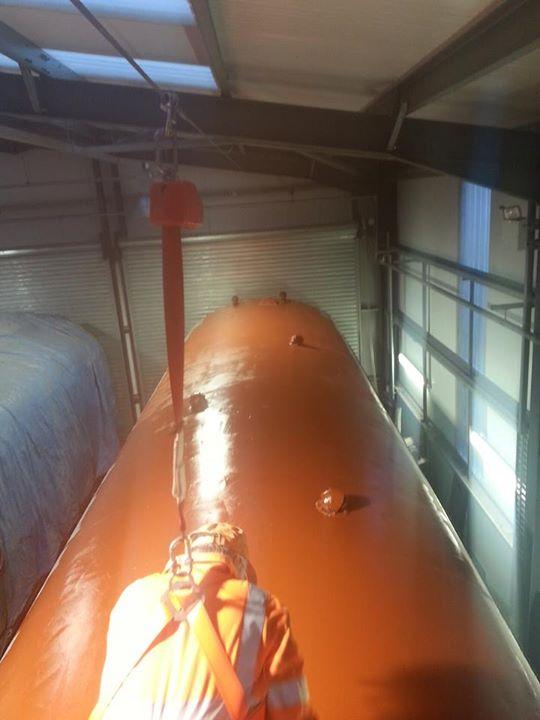 13th September, Hastings Diesels ran a tour with 1001 to Clacton 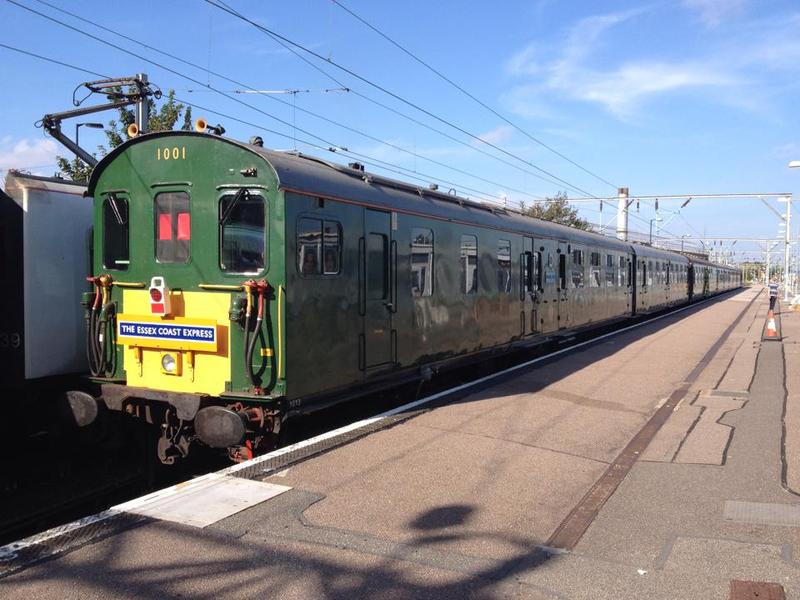 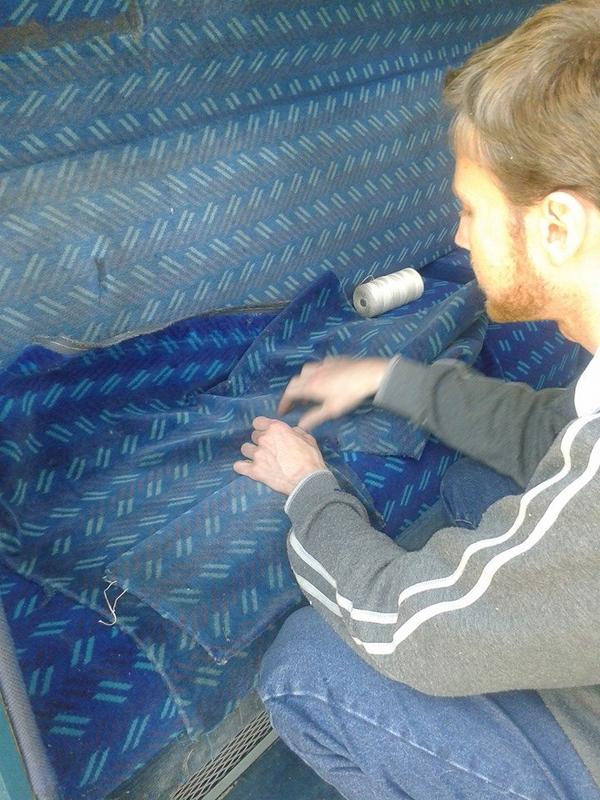 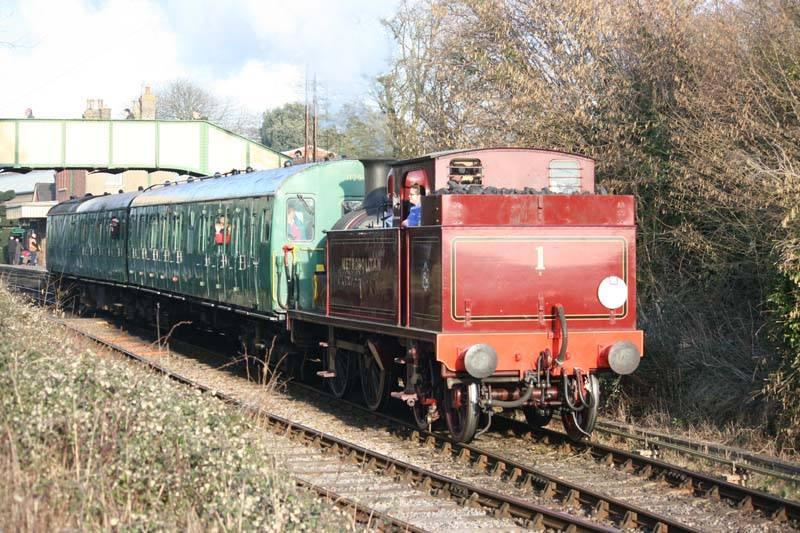 Throughout 2014 many members of our Facebook Group kept us up to date with what was happening in the Thumper World, so using many of their images we have put together a review of 2014 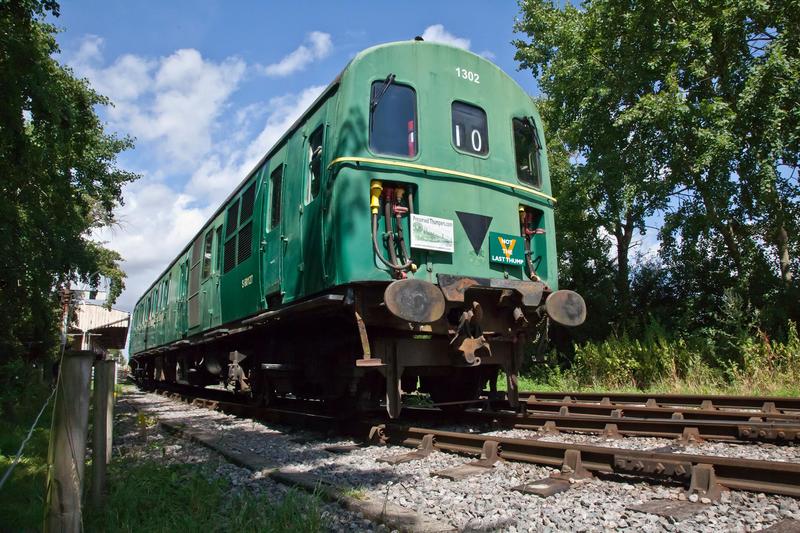 July 26th & 27th was the next outing for the Not The Last Thump Headboards but this time was at the East Kent Railway with 1101.

4th May, This was the forst of our Not The Last Thump days. 1125 was turned out for us on the Mid Hants and swell as carrying our headboard the end of the driving trailer was painted yellow 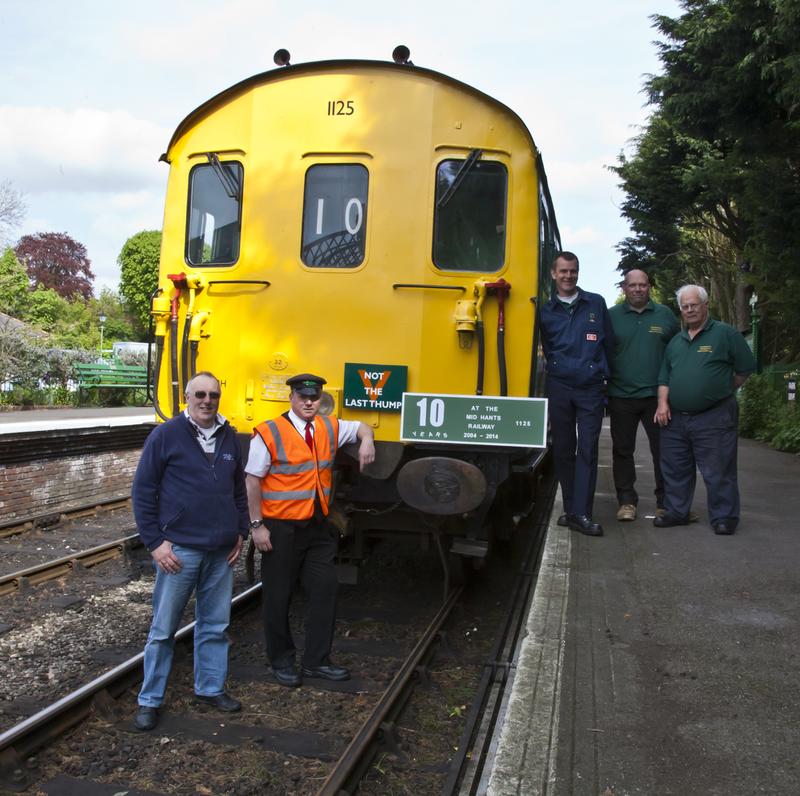 3rd Feb, 1101moves under its own power for the first time in almost 10 years. 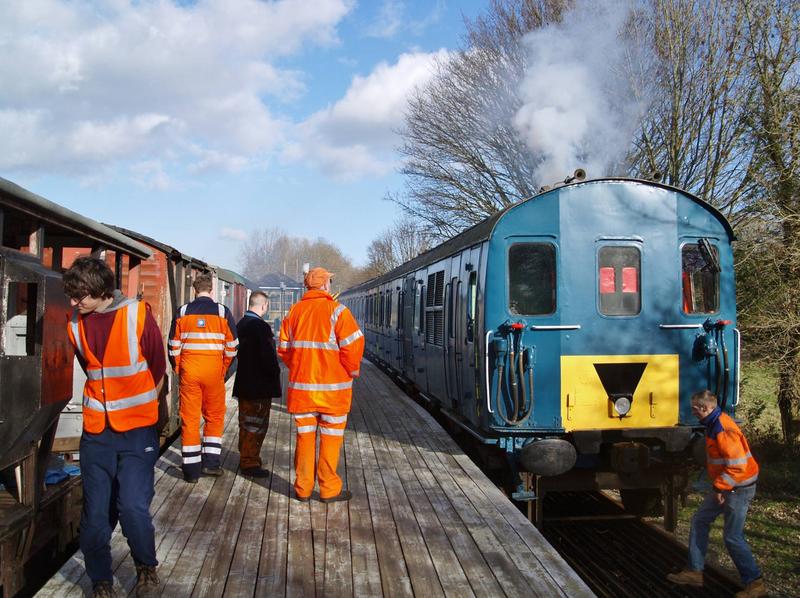 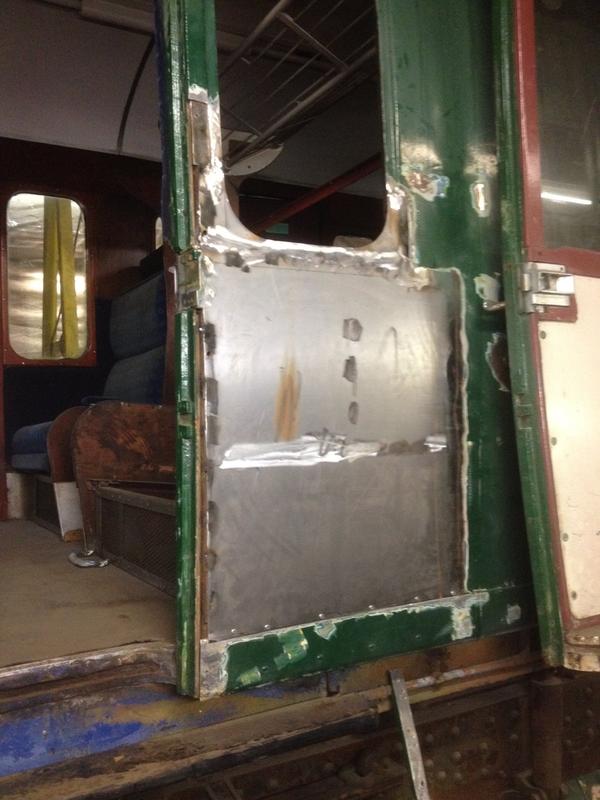 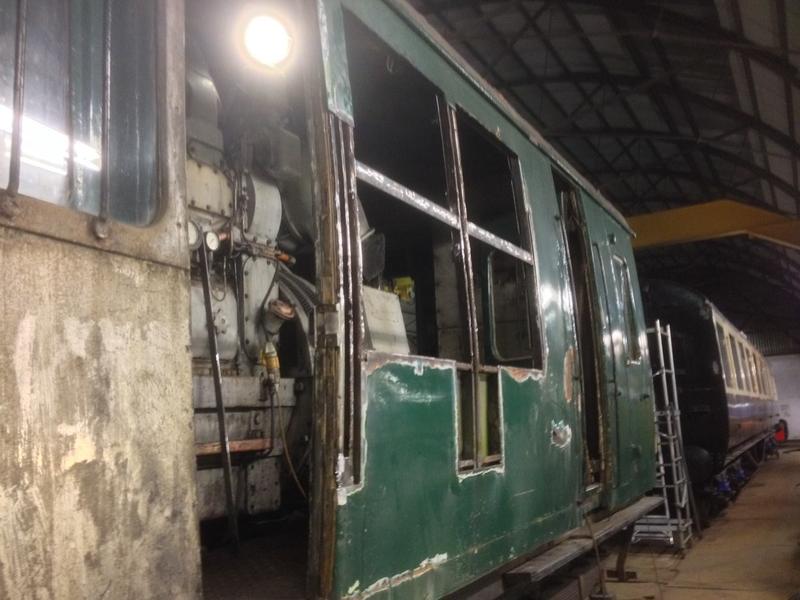 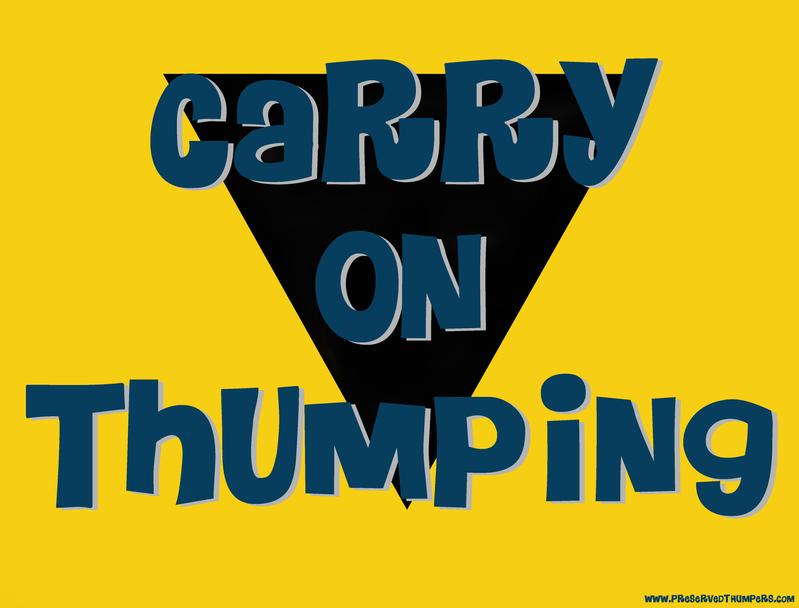 9th November was the last day in our 'Not the Last Thump' series of events, it was the closest running day to the 10th anniversary of the final tour which was held on 27th November 2004.

The 9th was also Rememberance Sunday so fittingly Unit 1101 carried a wreath on the front. 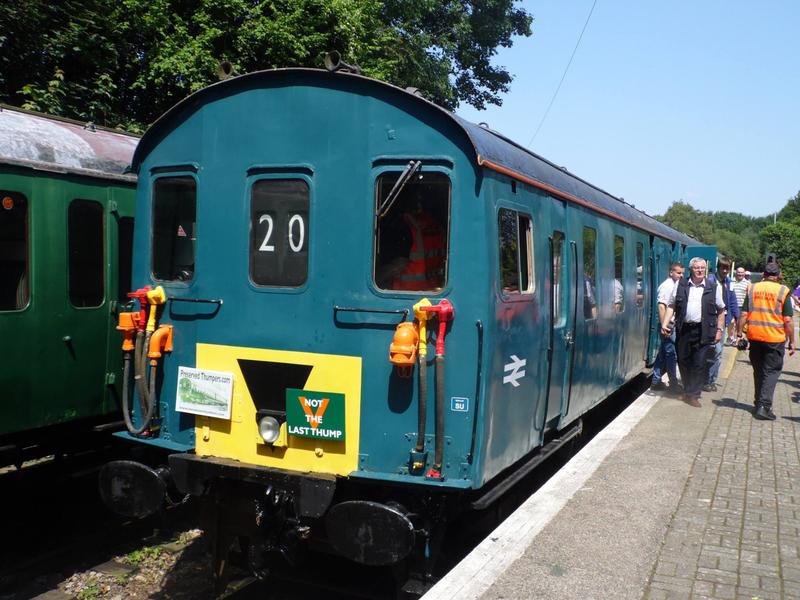 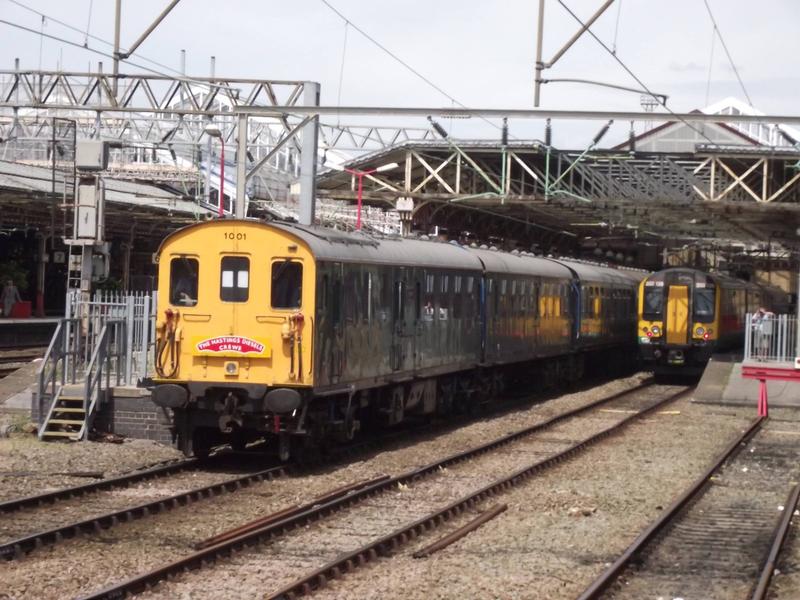 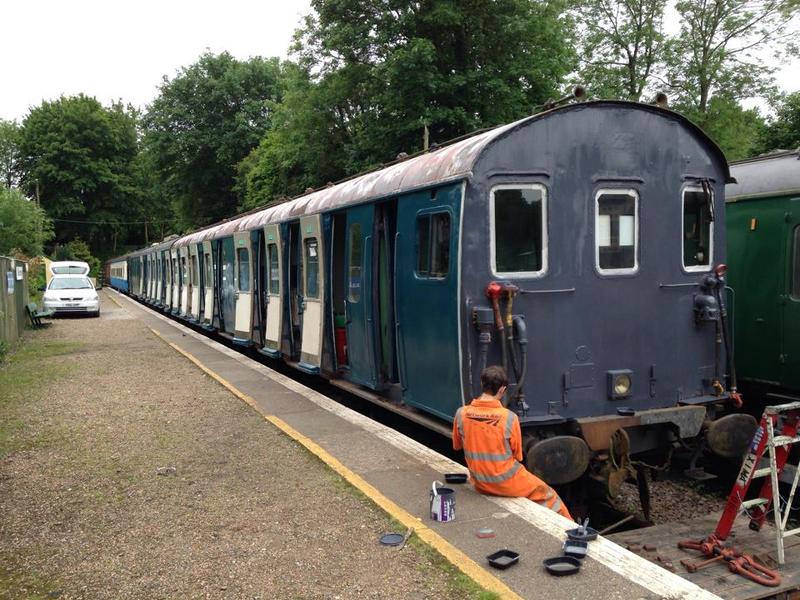 In April work continued on the interior of 1101 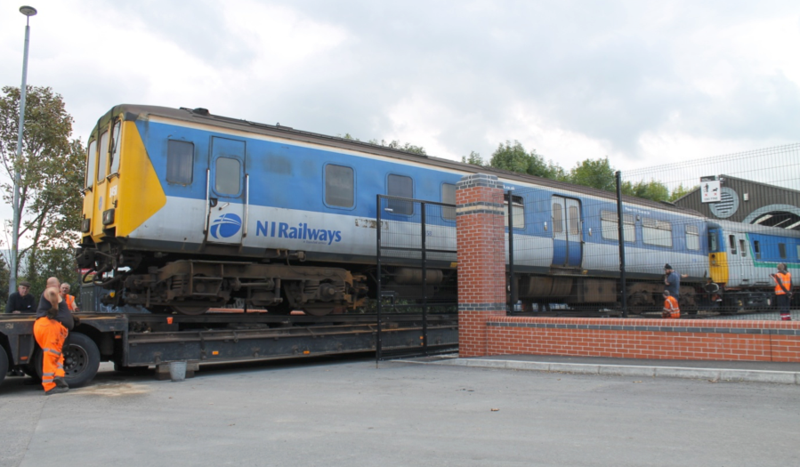 28th September, what we thought was to be our last event was held at the Dartmoor Railway with 1133 running the full length of the line which was almost 17 miles. 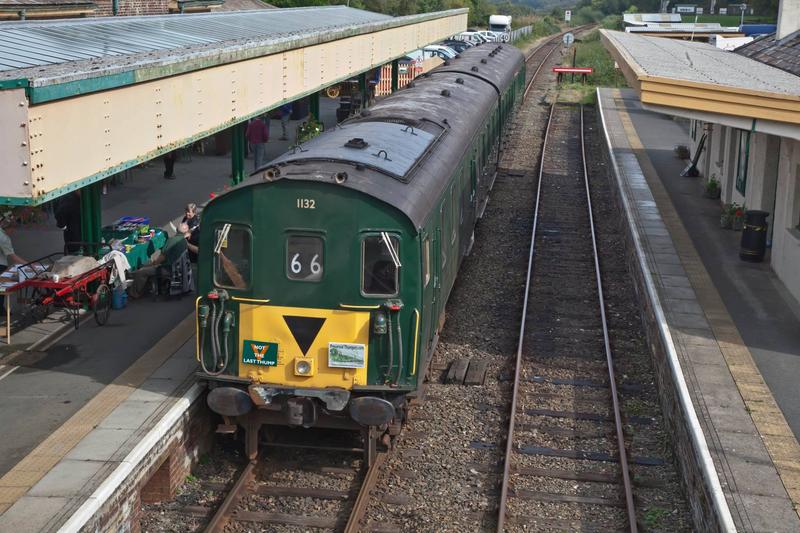 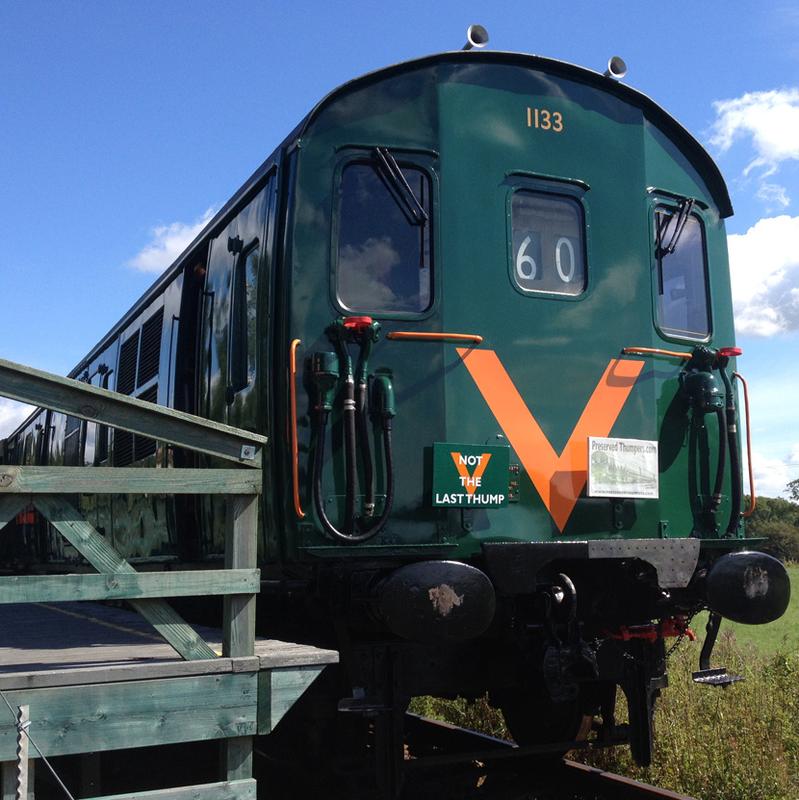 9th & 10th August saw 'Not the Last Thump' move to the Swindon and Cricklade Railway using 1302.

this was the only 207 to feature in the events as 1317 at the Spa Valley had failed earlier in the year with Turbo Problems. fortunalty there are even bigger plans for 1317 this year 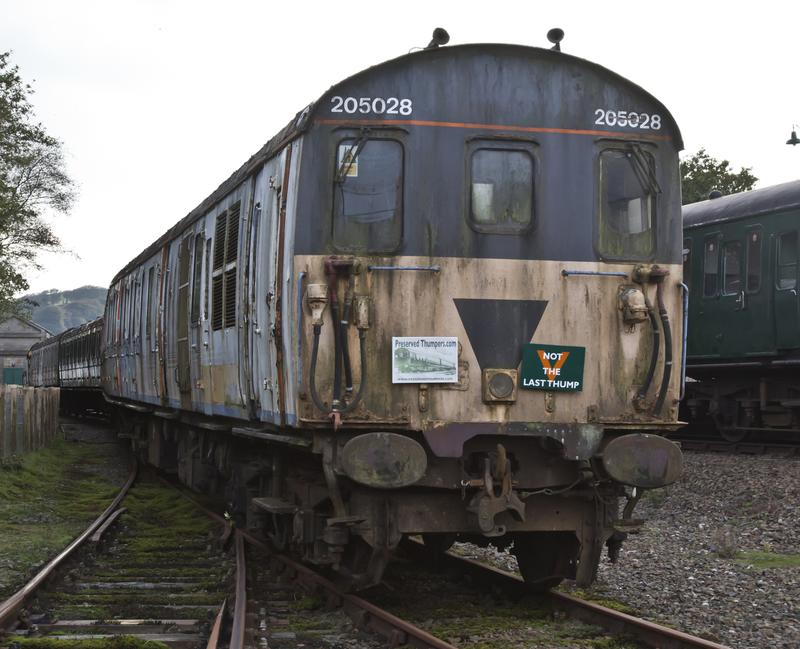 December made us think about what we can do to beat 2014 so after a vote on the Facebook Group we came up with this, So we wish everyone a happy 2015 and lets hope you Carry on Thumping