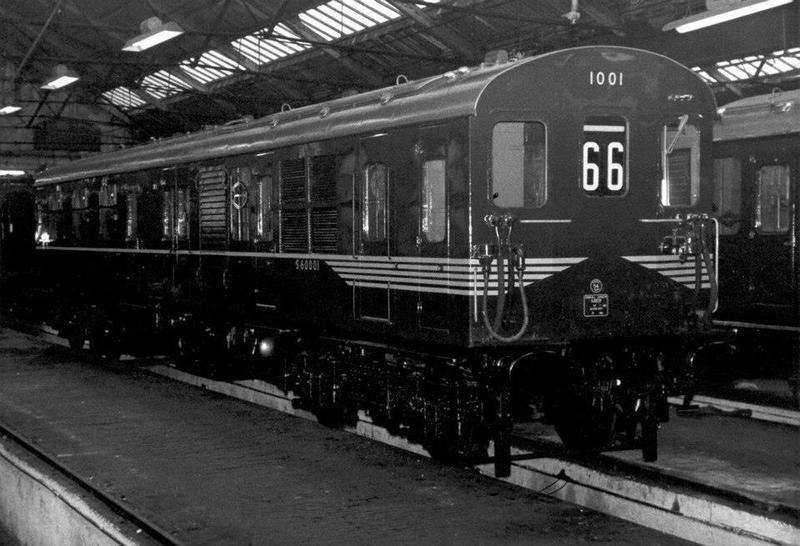 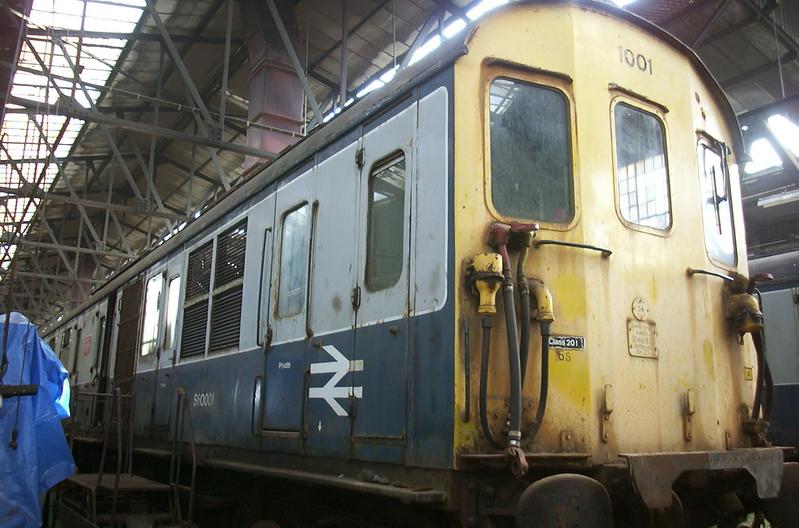 a brand new 60001 stands at Eastleigh carrying an experimental livery early in 1957.

it is thought it was only this vehicle carried such a livery and the livery was changed cack to plain green by the time the unit entered traffic in May of that year.

As she is today at its home of St Leonards.