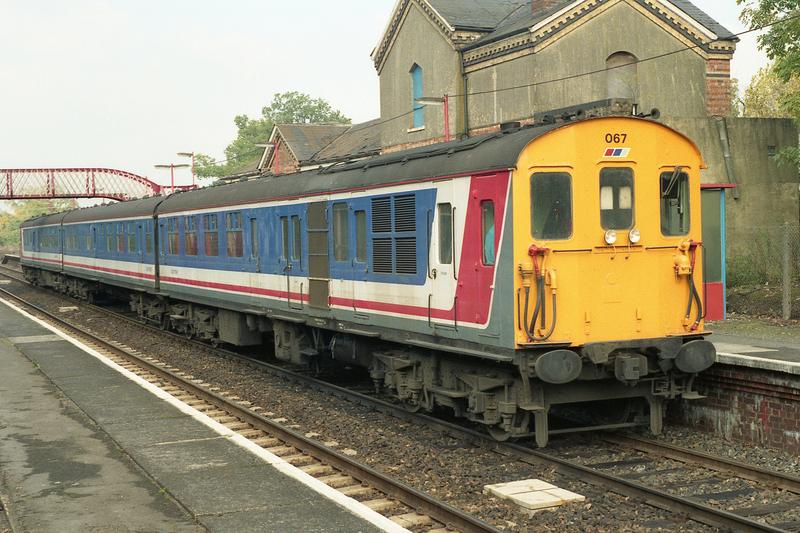 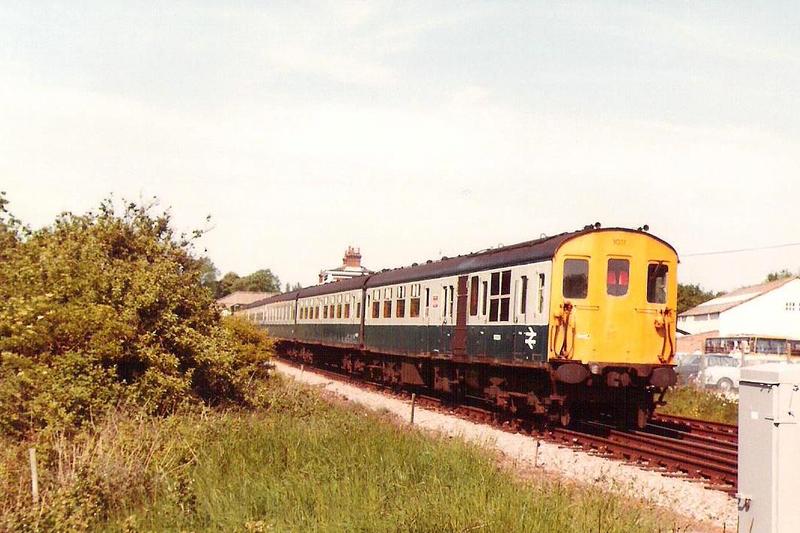 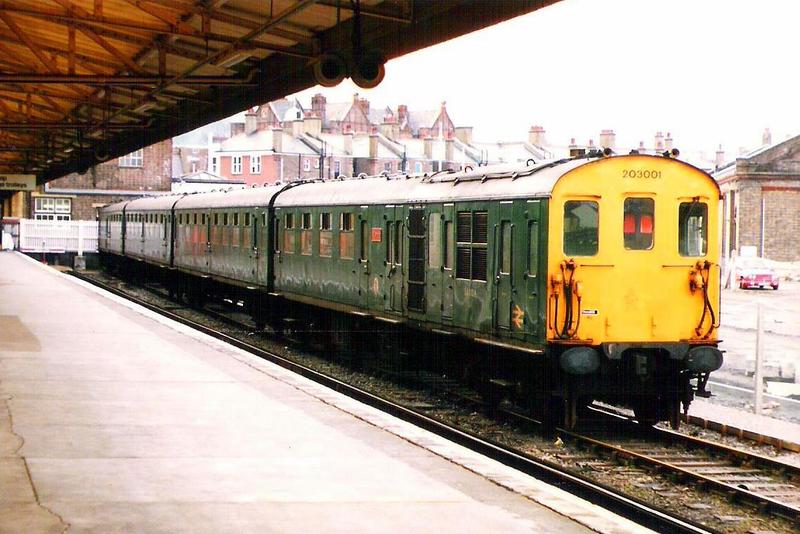 1011 lived on for a few more years and became a bit of a celebrity being repainted green an renumbered 20300, 60014 also became the first DEMU to carry a name, which was after its home depot of St Leonards

It is seen stabled at Eastbourne by John Chisholm in 1988