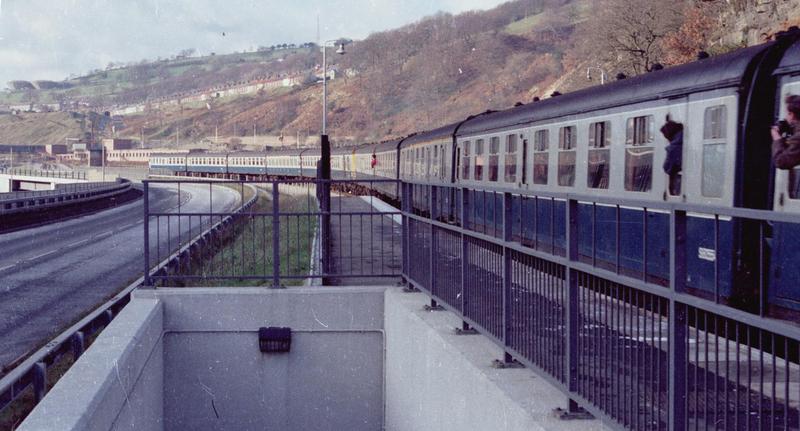 All the 203's were partially reformed after the buffet cars were removed, the unit which had the most reformations was 1032, 60554 is seen as part of this unit but originally came from unit 1033

Seen in the unusual setting of South Wales 60554 is seen on the Cymru DEMU Railtour which took a unit to the Rhondda Valley.

More can be read about this tour here