On a railtour called the Sunny South Express to Tilmanstone Colliery in Kent 60556 is the vehicle sandwiched between the First and Motor Car.

The image was taken by Tony Watson as it head off the colliery branch at Shepherdswell, this location is now part of the East Kent Railway and another Thumper 1101 can often be seen stabled in this spot 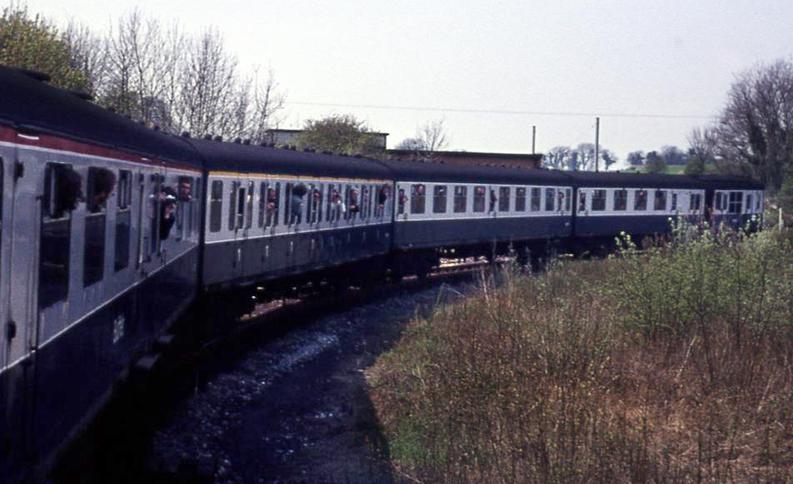