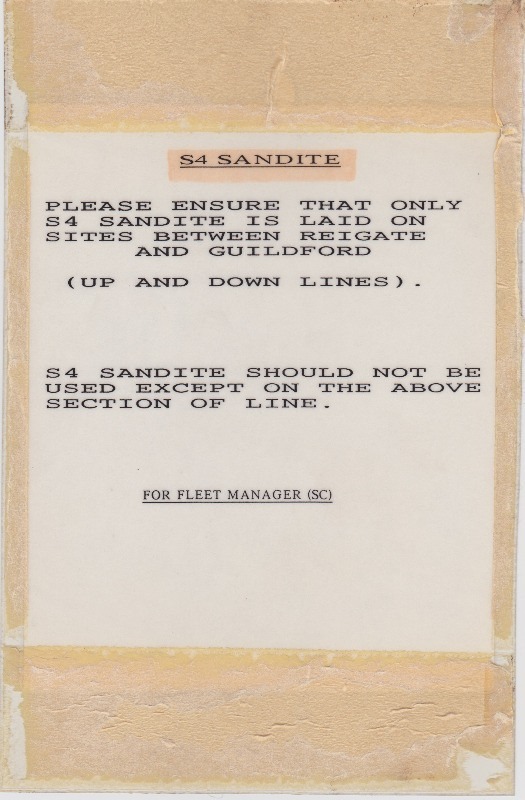 When I photographed the Motor Cars in the scrapyard I had to take a memento home with me and in the cab was this laminated notice. 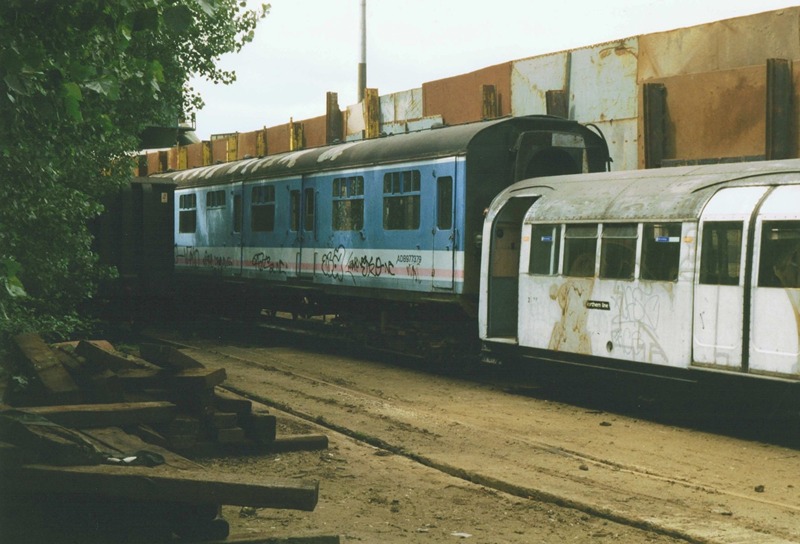 For me this is a doubly sad image as well as a thumper being readied for scrap, I also have a soft spot for the tube train. In 1998 I joined London Underground as a guard and  spent a year working on these units

When scrapping came the trio of vehicles were split up and the motor cars were sent to Margam in South Wales.

Apparently they were in poor mechanical condition but many parts were recovered by the Hastings Diesels Group.

Both Images by Amy Adams 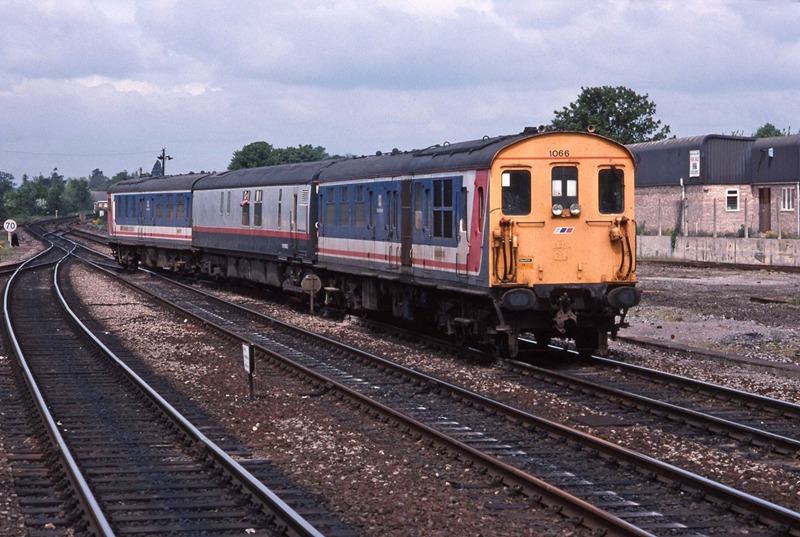 The coach which is rarely photographed in multiple units is the one in the middle. 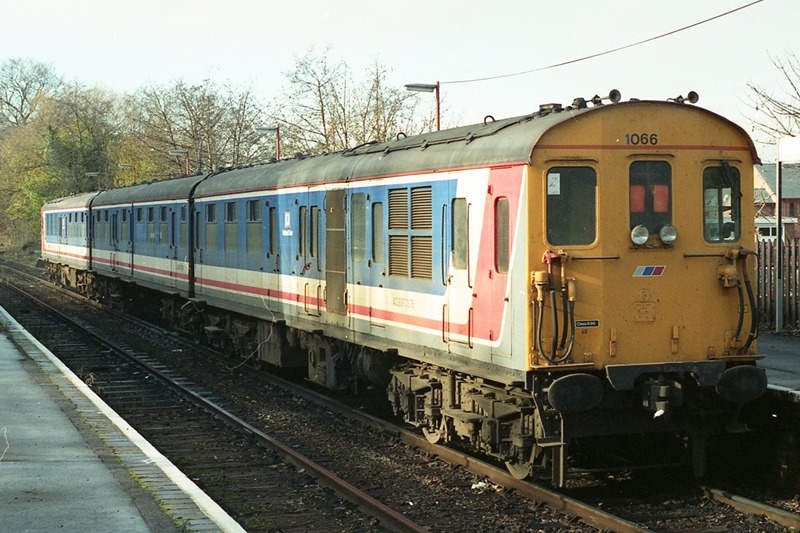 With 977376 leading the three car formation is seen after arriving at Uckfield. Many Sandite units had additional headlights fitted to aid the crew, as Sandite was often laid down after traffic hours 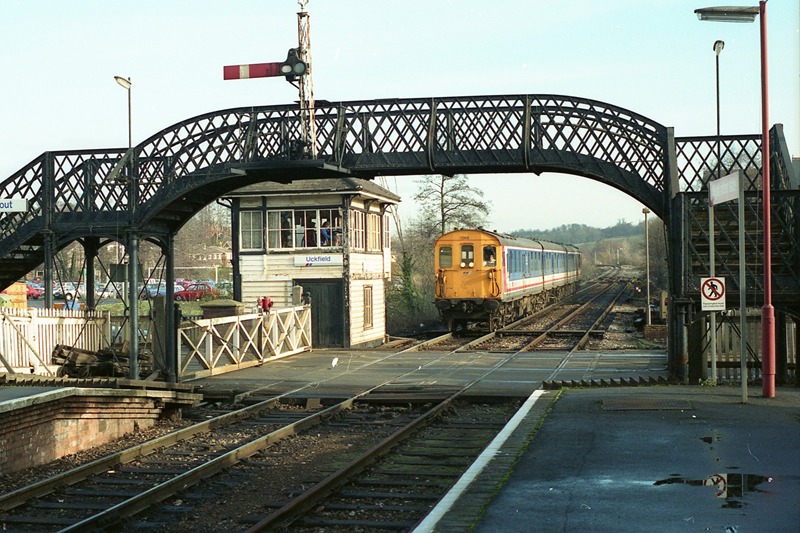 This series of images above are all of 1066 on a turn around at Uckfield. Sadly both the unit and this station are no longer with us as there is a new station built at the other side of the level crossing .

The above images by Andy Grant 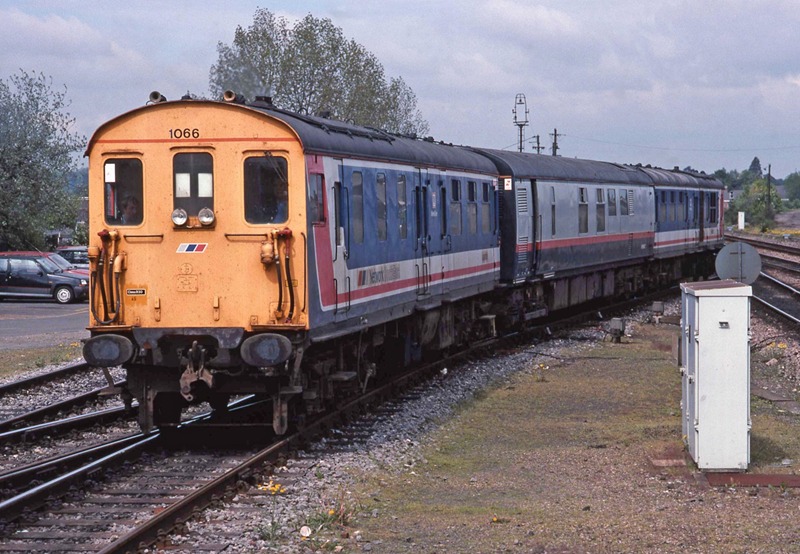 former REP vehicle which is now used as a test train. 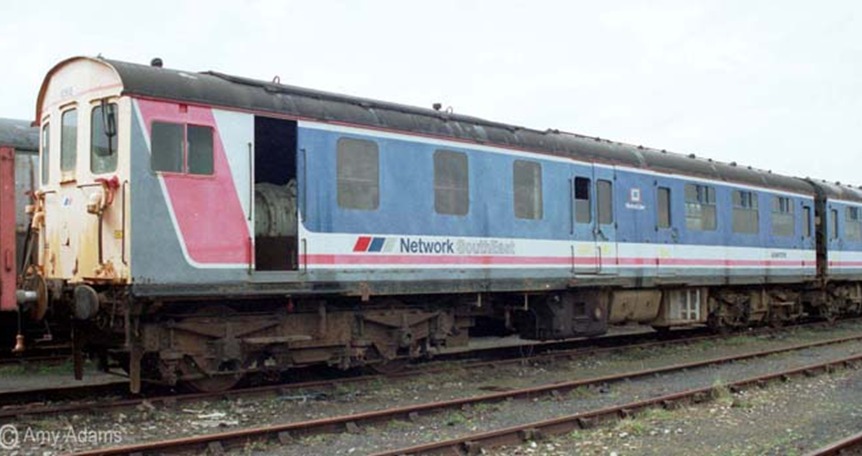