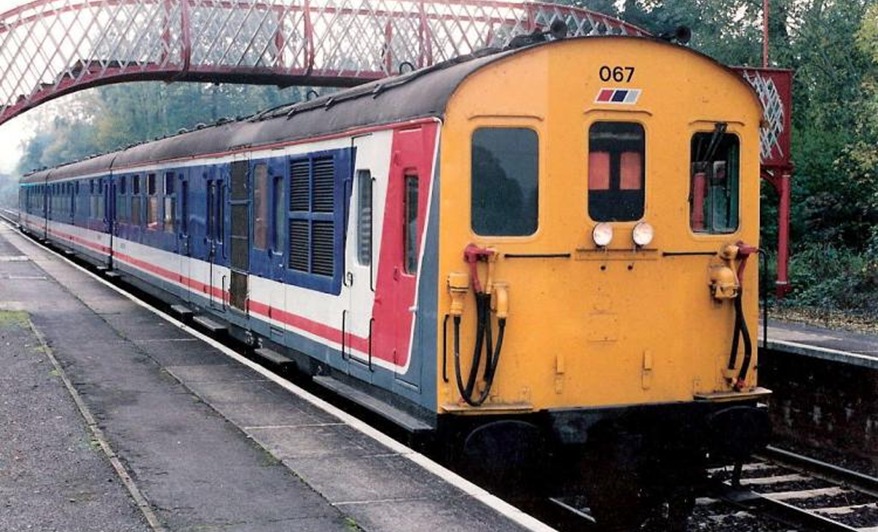 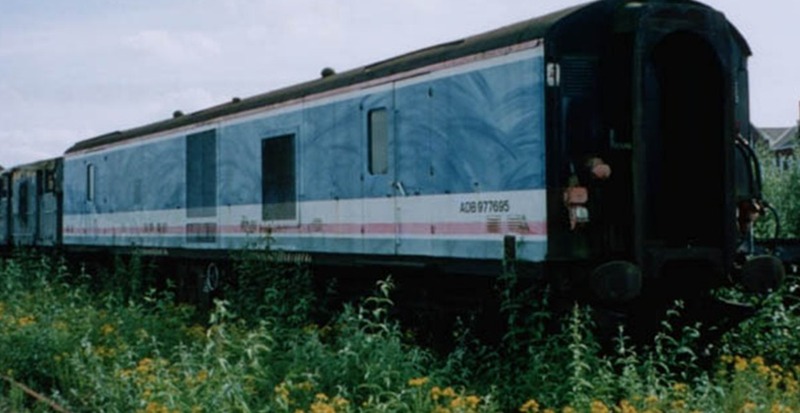 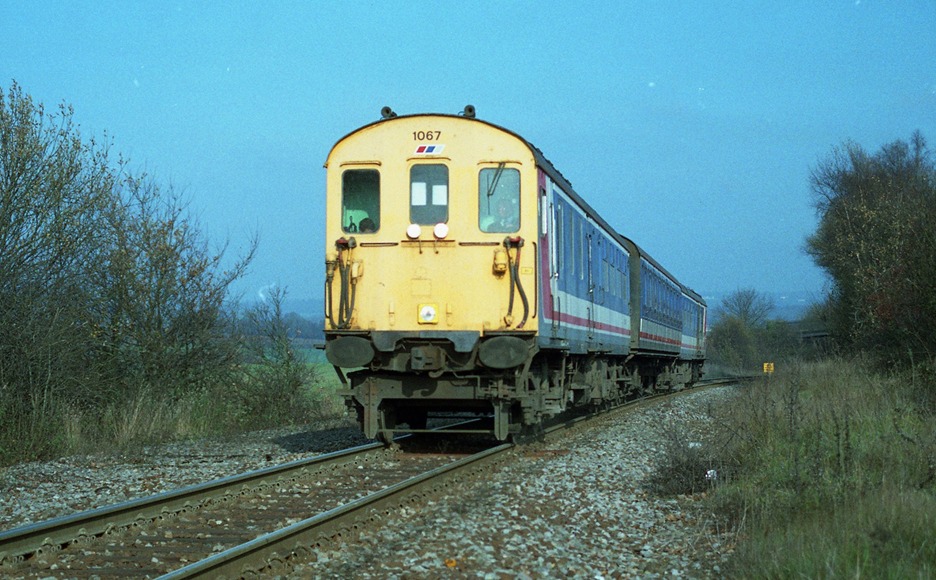 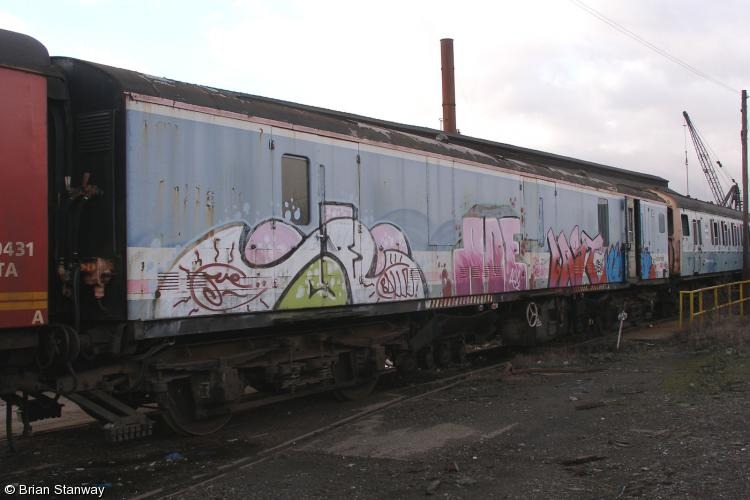 Unit 1067 was the second of the Hastings units to become internal units, incidentally these were the only Hastings Units to carry Network South East Livery

Another view of the unit this time running with the Sandite trailer from 930301.

The width difference between a hastings and standard vehicle can clearly be seen, also by the time this shot was taken the unit has gained a headlight and the number had been given an additional digit making it 1067

977695 was better known by its nickname "The Swedish Scrubber" the idea was instead of using a sandite compound to give grip on the rails rubber blocks cleaned any crud off the railhead, it wasnt a success and the vehicle was scrapped.

This was a last minute replacementas  it was intended for 60525 from unit 1012 to become the scrubber, but was replaced by the GUV van at the last minute

This is another "stolen" photo I want to thank Brian Loughin, Brian Stanway and the departmentals website.