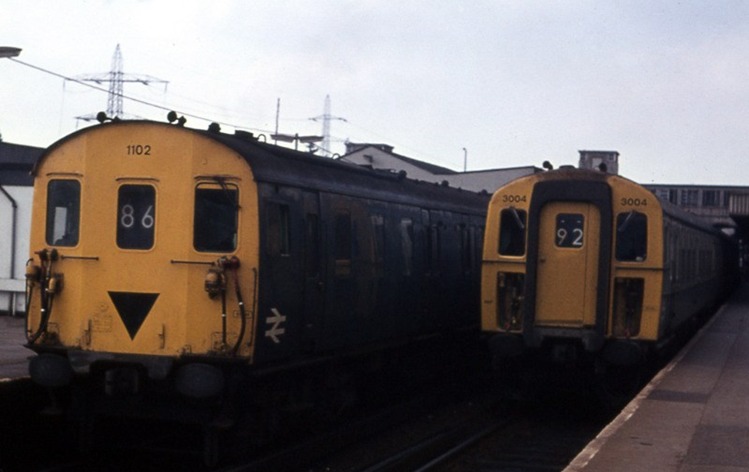 Records of 1102's visits to works up to the end of 1980 are shown below.   She seems to have had a troubled time in 1967, being returned to works after a C3 overhaul for rectification, then going back again for a light C5 overhaul later the same year.