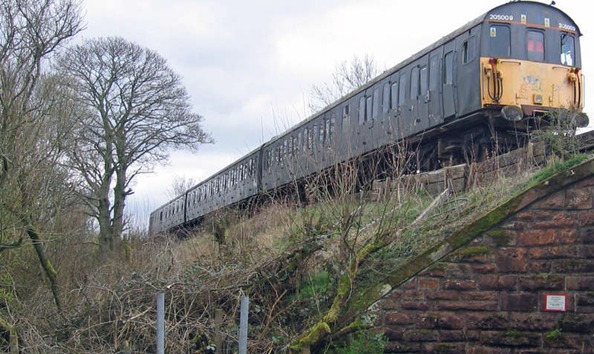 1009 lives on in preservation, Even though it has only received a temporary paint job it is a regular performer on the Eden Valley Railway

Image thanks to Phillip Champion of the EVR

Points of interest : For more information go to the Unit 1109 page in the preserved units section.