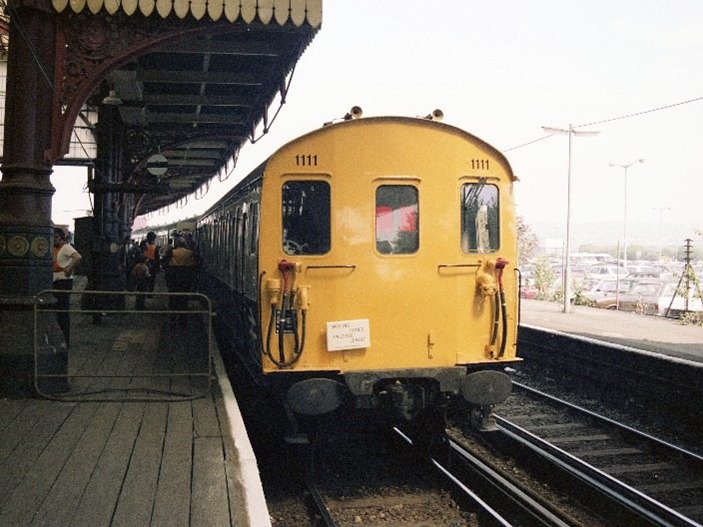 1111 - was later modified by having corridor connections fitted and a modern interior. It was re-geared for faster running speeds.

After those modifications it was renumbered 205105. A few years later its center trailer was replaced with one from an electric CEP unit and again renumbered this time to 205205.

The DMBSO and DTC have now been preserved on the Epping Ongar Railway and the original trailer was converted to a sandite vehicle No 977870. There is an image of this in the departmentals section of this website.

We were lucky to find images of 1111 as most available images are of it in later years as 205205 and these ones are of it running a shuttle service to Brighton Depot for an open day in July 1985.

We must thank Selsdon Jc for letting us use his images

Points of interest : For more information go to the Unit 1111 page in the preserved units section.