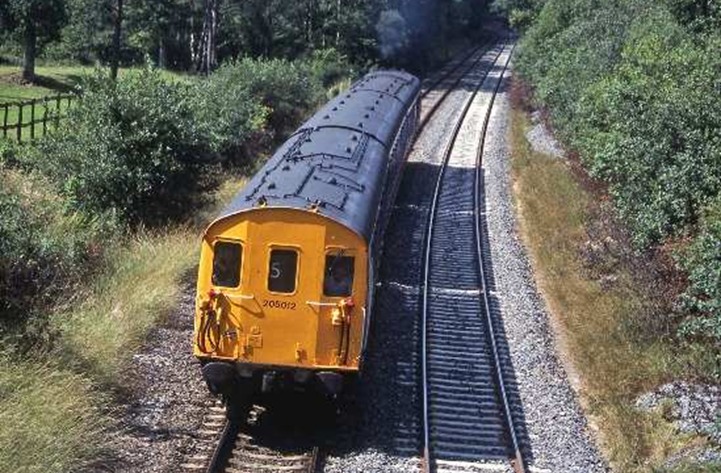 Image thanks to Selsdon Jc

Early 1963 - this unit was the first to have its  motor coaches painted yellow with the Motor coach receiving a Black inverted triangle.

In October 1998 the unit was reduced to two cars following protracted repairs to wasted door frames, but only the DTC and DMBSO were repaired.Returned to traffic on the 19/10/1998. The TS was stripped for spares.

In March 2004, the introduction of class 171 stock allowed for this unit to be withdrawn following an examination revealing badly deteriorated bodywork.