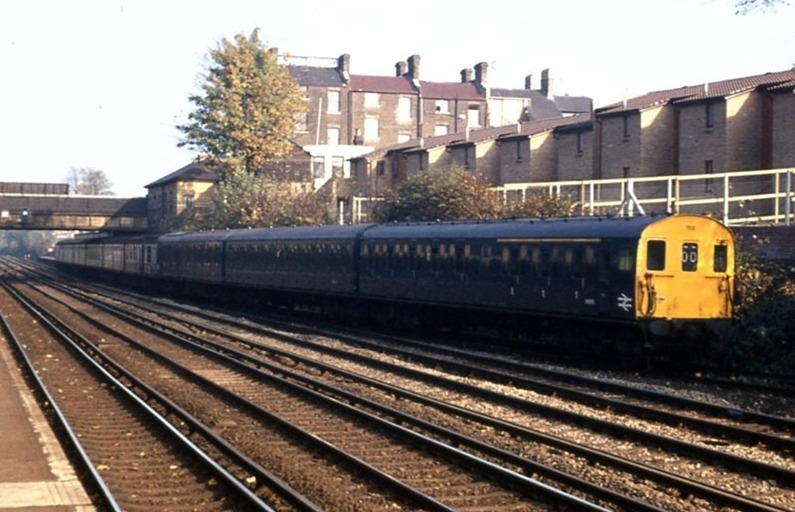 Image thanks to Tonys Trains & Buses

This was the last unit to be fitted with the Burgess silencer in November 1957.

The unit was involved in a collision on the 31/5/1985 with a Gatwick railcar near Battersea Park station which led to it being withdrawn. All three coaches eventually finding their way to Meyer Newman scrapyard at Snailwell.

From april 1986 the unit number was reused with the unit now consisting of ex 6L Hastings vehicles and reclassified as a class 206 around September 1986. Unit used mainly on the Marsh link service.

Click here for a link to the incident report.