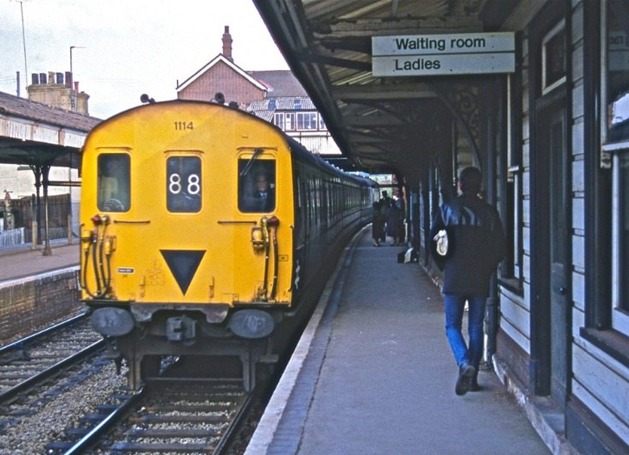 Points of interest :On the 13/11/1959, this was one of  five units to be reduced to 2h and used exclusively on the Mid Hants line.

This was the first unit to have its engine uprated from 500bhp to 600bhp through the fitting of a MS200 turbocharger and some adaption of the fuel delivery system. Eventually all Hampshire units were so converted.