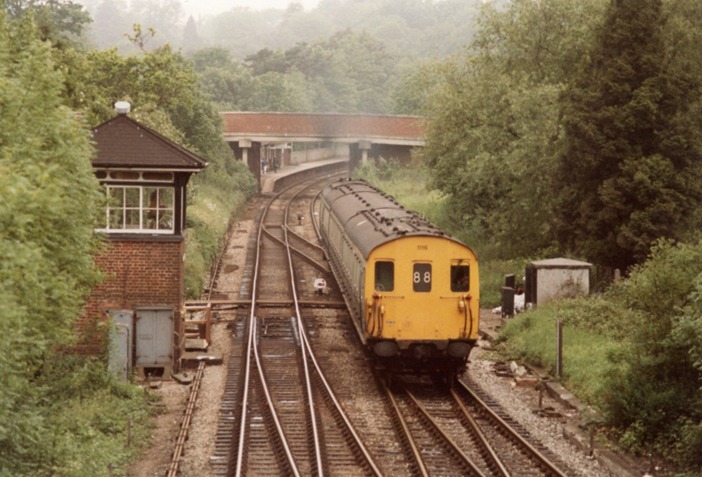 The unit was fitted with downpipes on the cab end in 1961 and this feature was adopted on the subsequent Berkshire units 1131,1132 and 1133.

TheDMBSO was damaged in an incident with another Hampshire unit in December 1972 at Oxted and as a consequence was out of action for a while and when it returned to service, formed part of unit 1119 until returning to its original formation by Summer 1976.