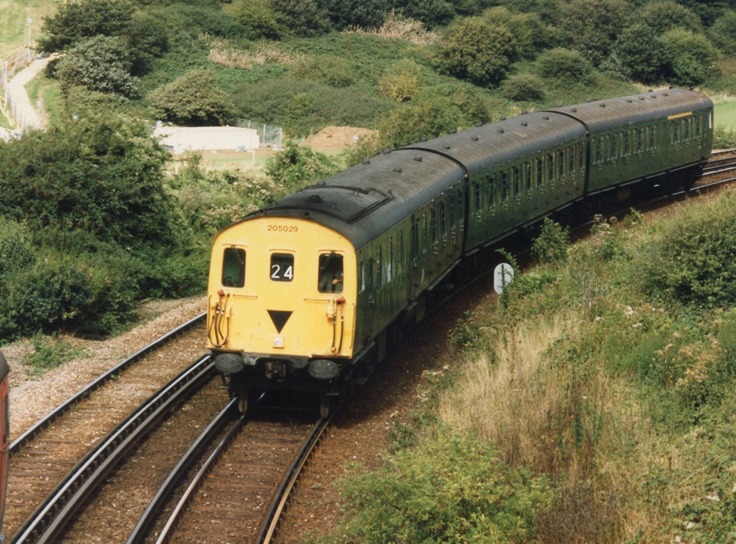 1129 became a celebrity unit in  the early 90's as it was repainted into the original green livery.

1128 is seen approaching West St Leonards on september 11th 1994 just weeks before it was written off at Cowden.

Points of interest : For more information go to the Unit 1129 page in the preserved units section.

The Driving trailer was involved in a collision at Eastleigh in September 1964 and was out of action until the December.

Again damaged in a collision with a derailed wagon near Bursledon in October 1975. The Trailer second was also damaged in an incident in early 1978.

Sadly it was involved in the Cowden incident in 1994 and the DMBSO was written off, having to be removed from the scene by road.

The other vehicles were reformed as part of 1118 and 60828 and will soon be operating at the Dartmoor railway.

The DMBSO was scrapped at MC Metals in Glasgow in March / April 1995.