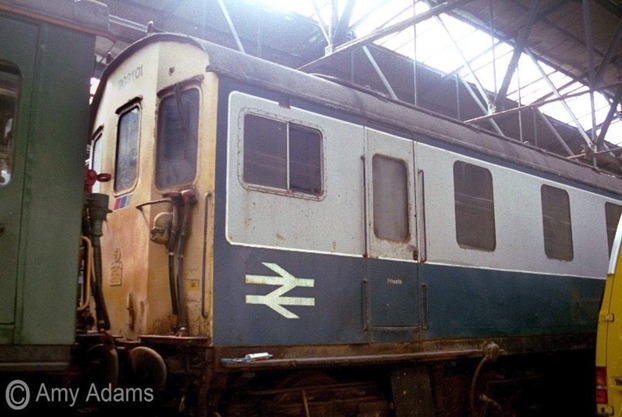 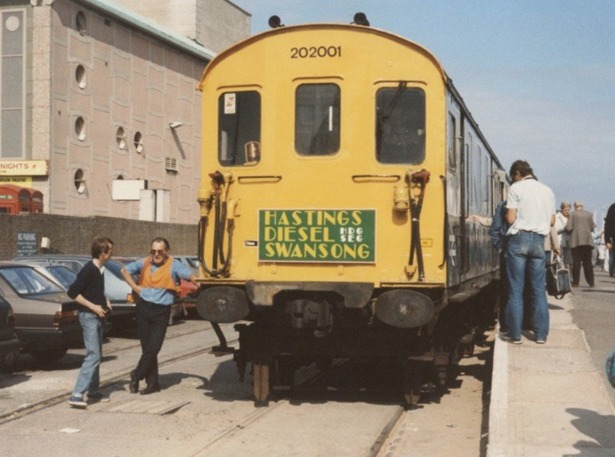 On one of it's railtours in 1987 was the Hastings diesels "Swansong", run  jointly by the Hastings Diesels Group and the Southern Electric Group.

After all the Hastings Units were withdrawn in '86, a couple lingered on for a short period. Unit 1013 became 202001 for just over a year then became a four car unit and renumbered  20310. This was a short term formation lasting only 3 months.