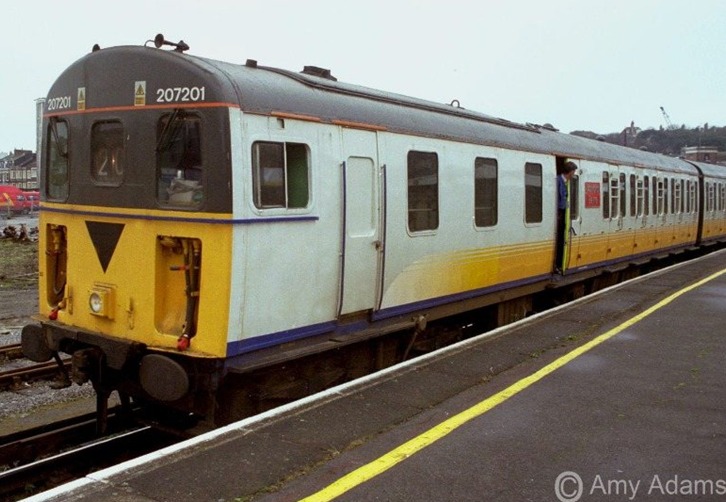 In May 1995 Newtork South East introduced a new service from Asford to Brighton, for this service it was decided to use three Class 207's along with the refurbed 205205.

Due to the dinstance involved for the whole journey it was realised that toilet facilites were required. Well the 207's did have toilets in the center trailers but unfortunately there were no corridor connections so if you were travelling in the end vehicles you had to cross your legs.

Three units were selected for this service; the first was 1304. The centre vehicle for the new service was a former EMU vehicle and  like 205205,it was used as they hadn't long been refurbished and they had two toilets.

When it became 207201 it was named Ashford Fayre and the nameplate can be seen next to the guards van.

When I saw this unit in 2002 it was temporarilly running as a 2 car unit; presumably there was a problem with the trailer car