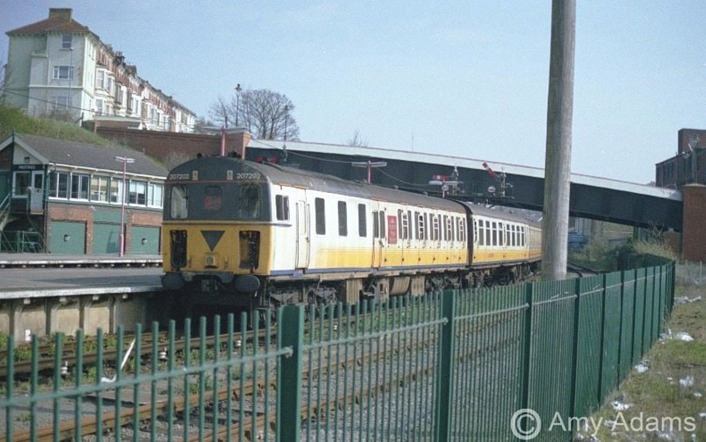 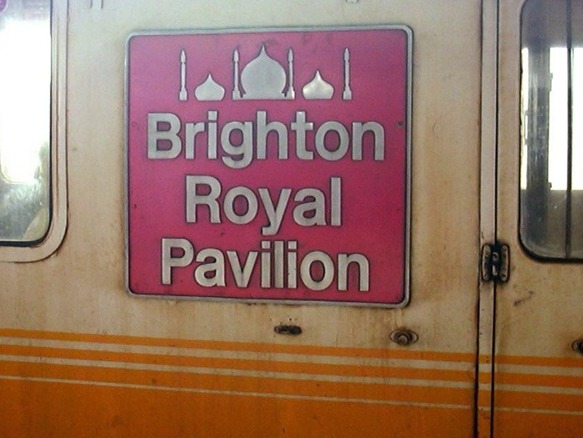 The ex EMU Trailer can distinctively be seen as the 207's were a bit narrower than conventional stock.

207202 is now preserved on the East Lancs Railway.When it first arrived it was given a quick coat of green and immediately pressed into service.

We recently heard it is currently going through the paintshops but asbestos has been found which has to be removed, so hopefully in the near future there will be another thumper running.

What must be the biggest nameplate ever carried on a train. As 201 was named at Ashford there had to be another naming ceremony at the other end of the at Brighton, so 202 was named after the Royal Pavillion in 95.

All Images by Amy Adams