A couple of shots taken in St Leonards in 2004.

​Above is what remains of 60135 after it was broken for spares, this cab front has now gone to the Spa Valley railway where it is going to be an exhibit

​Both Images by Amy Adams 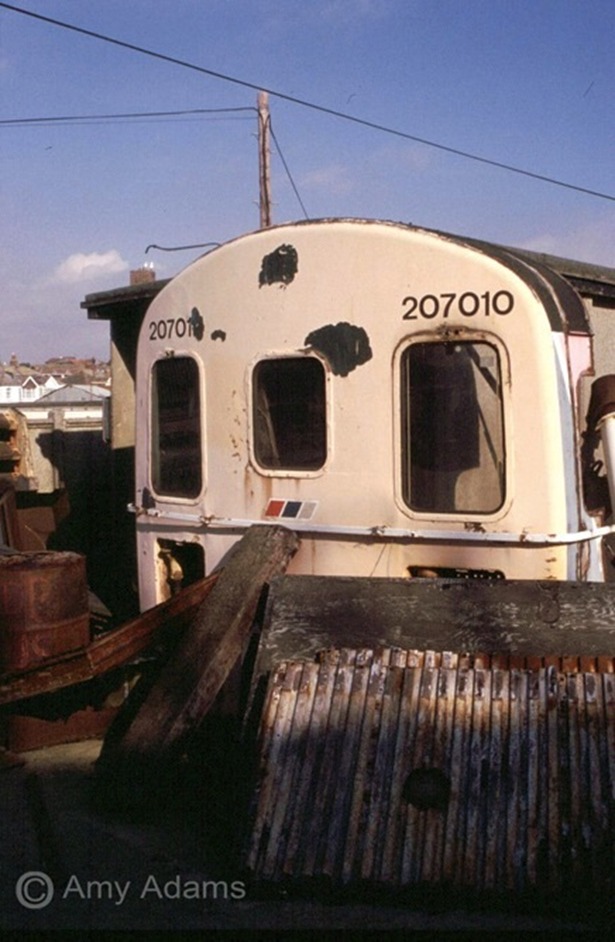 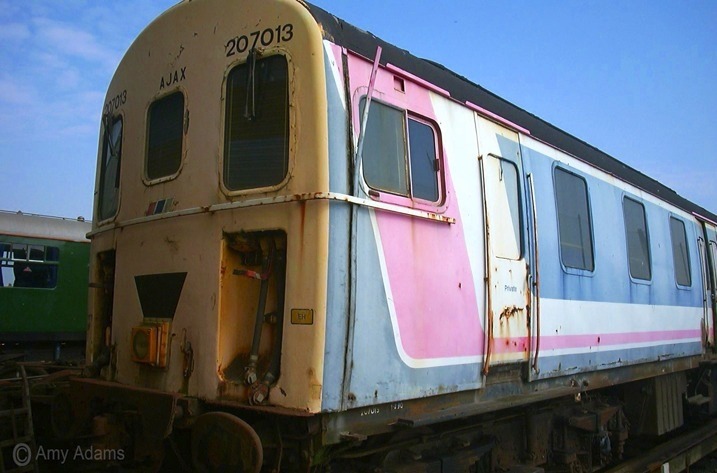 This is a departmental unit which never was.

Two Class 207 motor cars were earmarked to be used as tractor unit but the conversion was cancelled.

Both vehicles were purchased by Hastings Diesels Ltd for spares, 60135 was broken up at St Leonards and 60138 was later sold on and now resides at the Swindon & Cricklade Railway