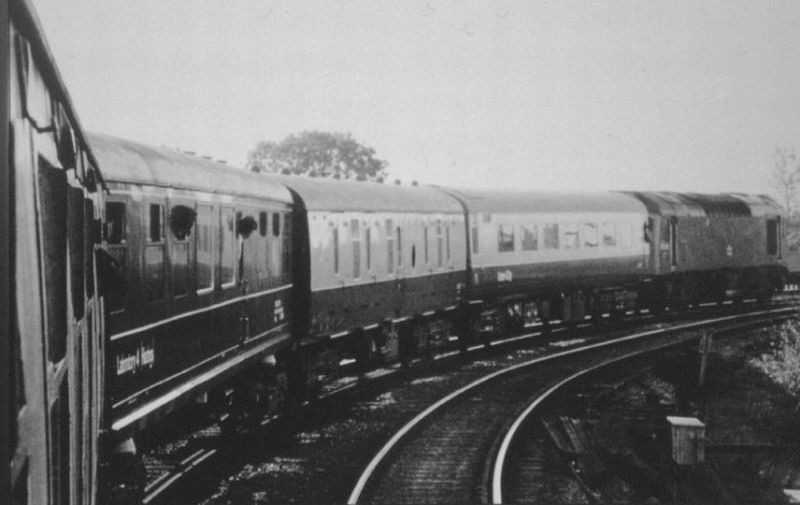 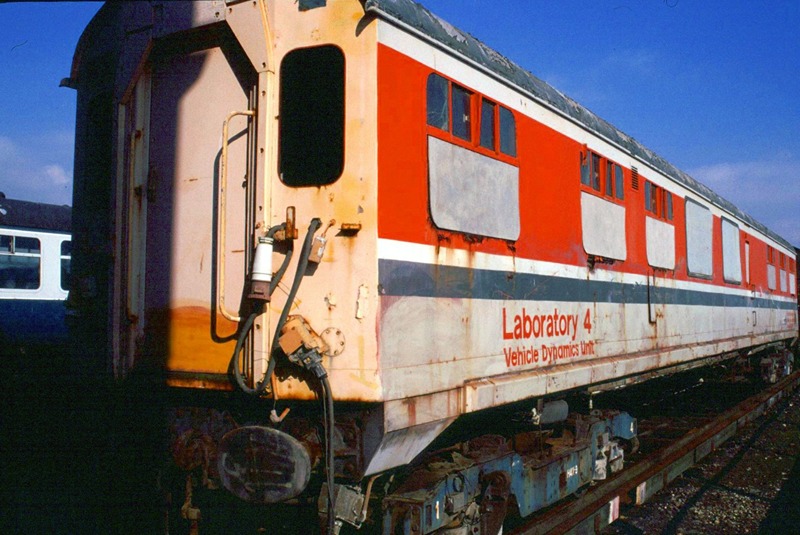 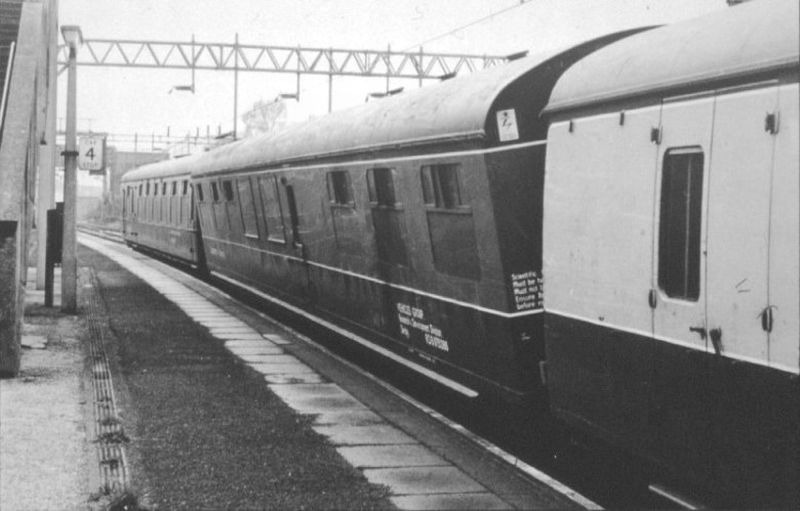 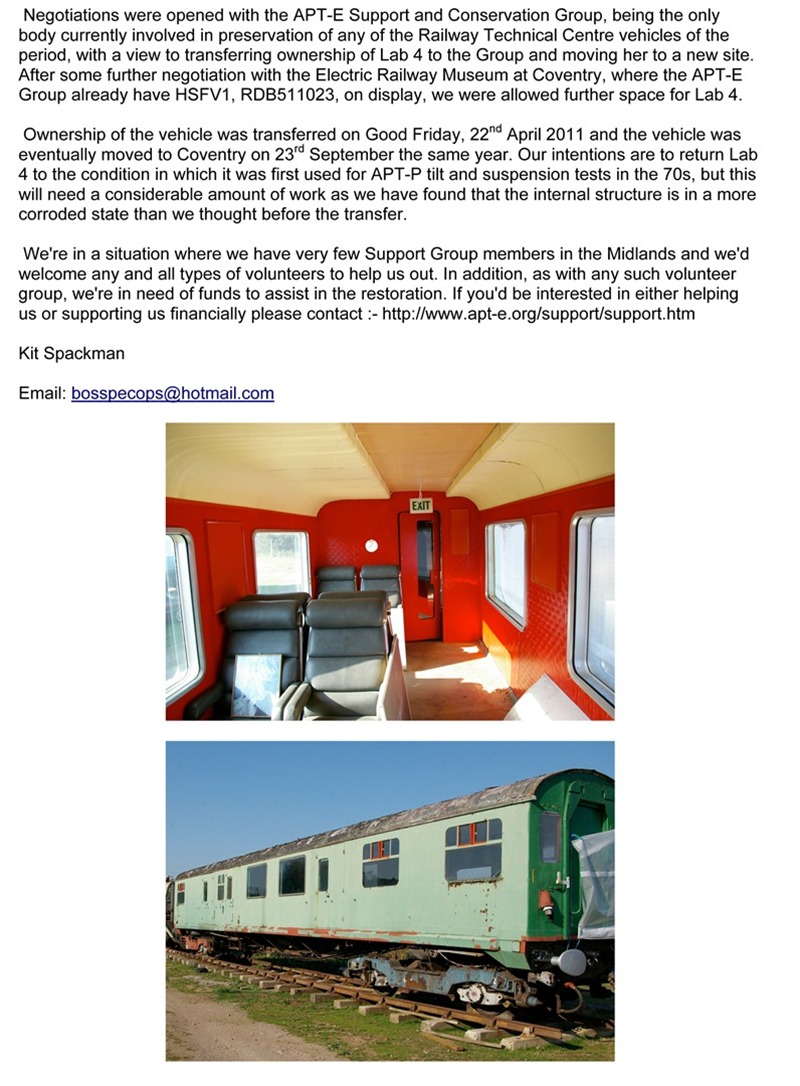 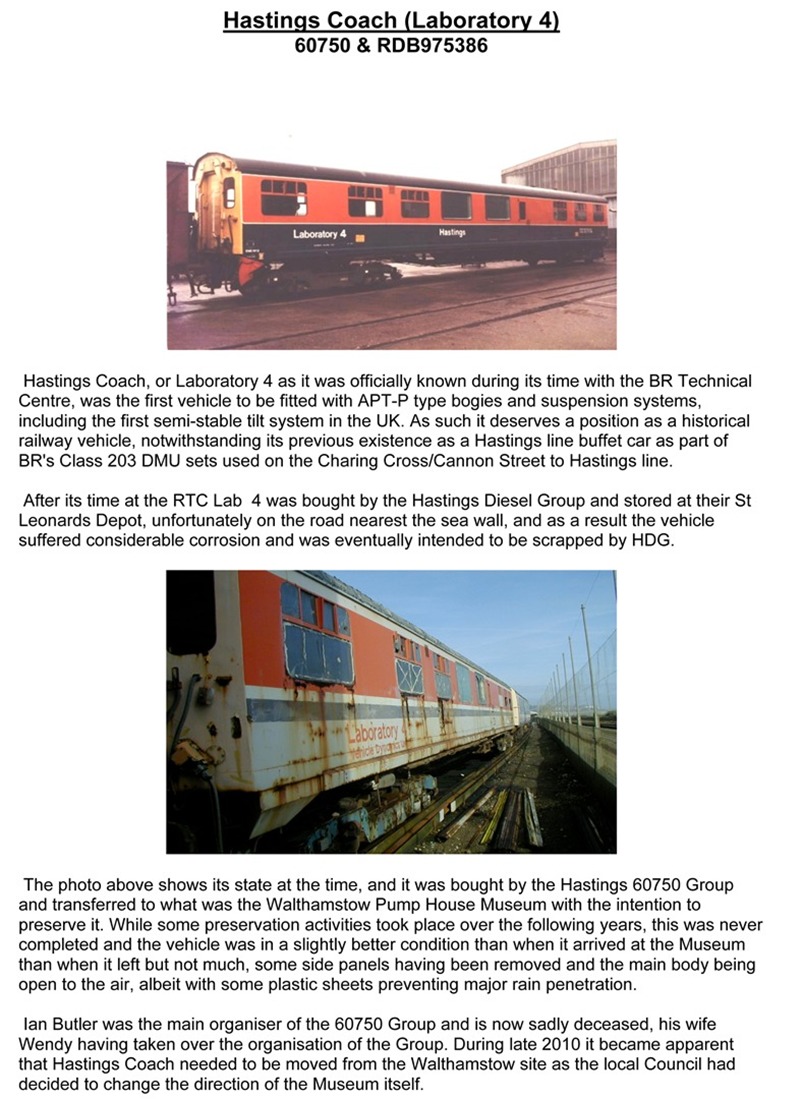 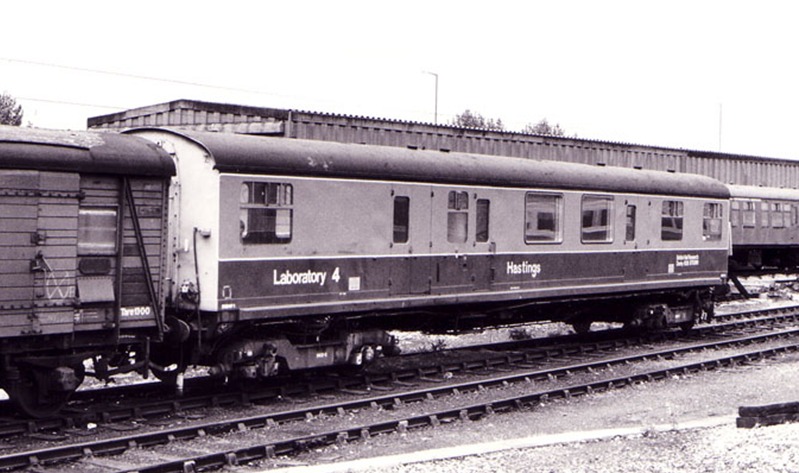 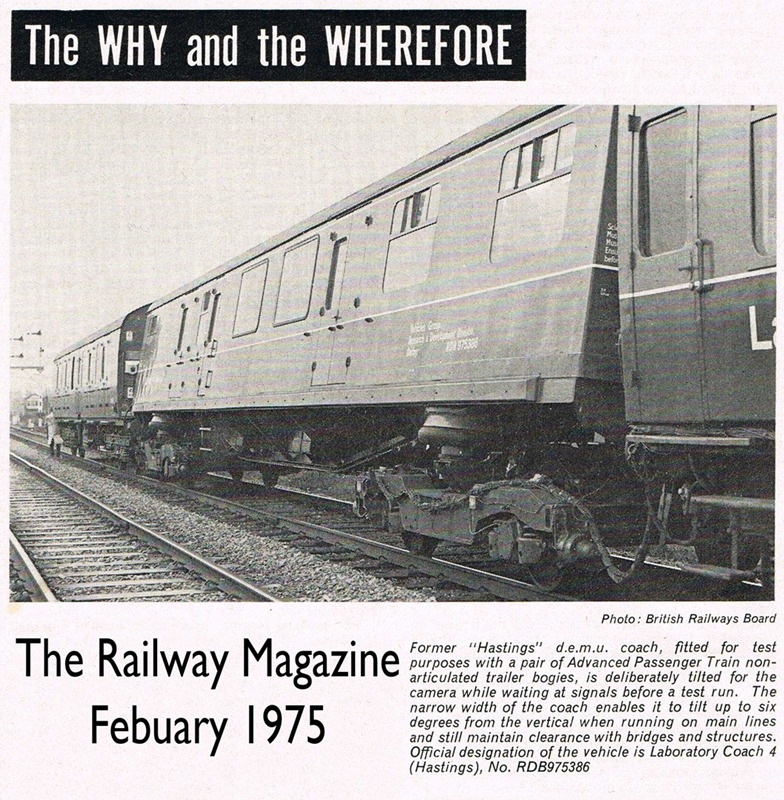 One of the engineers on the project was a Mr Kit Spackman who is now involved with the APT Support Group. 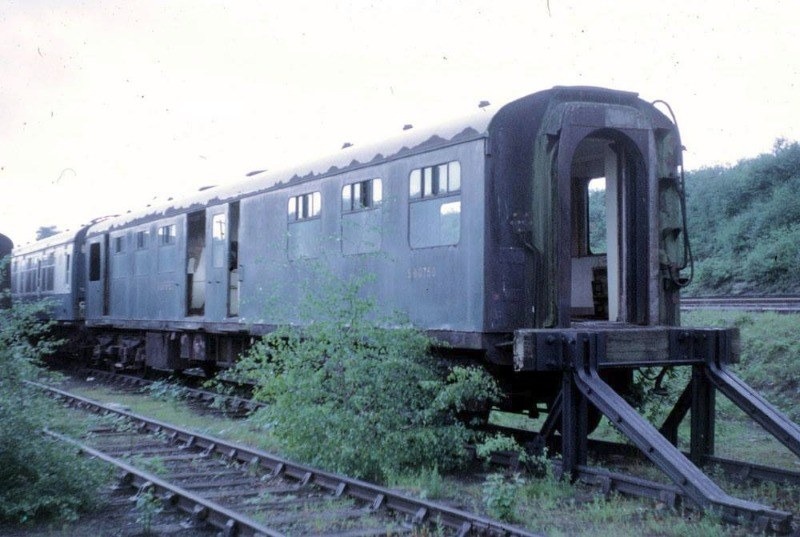 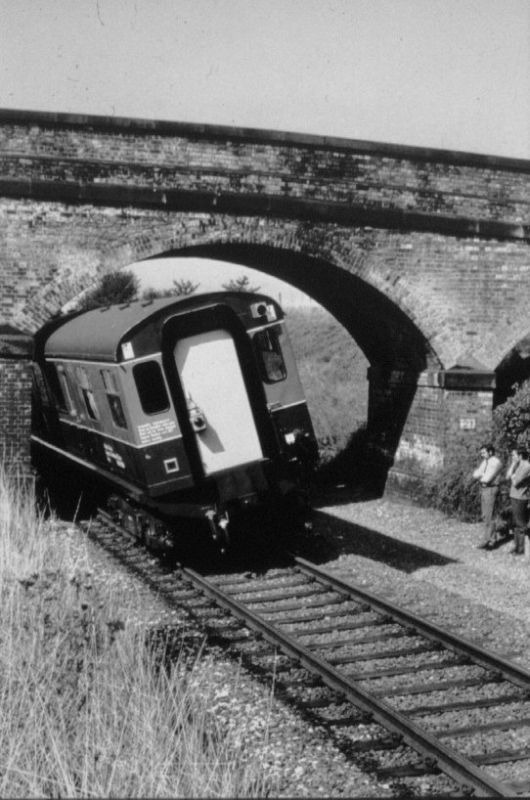 This is Mitcheldever in 1972, the vehicle had been stored for a number of years and had lost its doors for other vehicles.

Below is an Article from the railway Magazine from Feb 1975

Another vehicle which had an amazing history after becoming and internal user vehicle is 60750 or as it is better known 'LAB 4'Like 60755 was just a buffet car but in the 70's was transferred to the department who were developing the APT tilting train.As you can see it is fitted with APT bogies and has the honour of being the worlds first vehicle to tilt at speed with passengers on board, albeit the test crew. It was originally saved by Hastings Diesels Ltd with the intention of turning it back to a buffet car but the amount of work needed made it an uneconomic proposition.​It was then sold on and taken to the Pump House Museum in Walthamstow and recently transferred to the APT-E project who moved it to Coventry to be restored as LAB 4. Sadly the group didnt do that much work to the group as the main leader sadly passed away but it has since been transferred into the ownership of the APT support group who have moved it to the Electric Railway Museum in Coventry

Personally im glad that it was an uneconomic proposal to turn it back into a buffet as a lot of history would have been lost.

I've checked my records recently and found that I wasn't quite correct about the age of the colour scheme. The scheme shown above was actually the second version, with yellow coach ends, although this isn't all that apparent in a B&W photo. The other end incidentally has two windows for the brakeman to observe the track when propelling.

I'm not sure when the scheme was changed, but it must have been before April 1978 as I left BR then and I have photos showing the revised scheme.