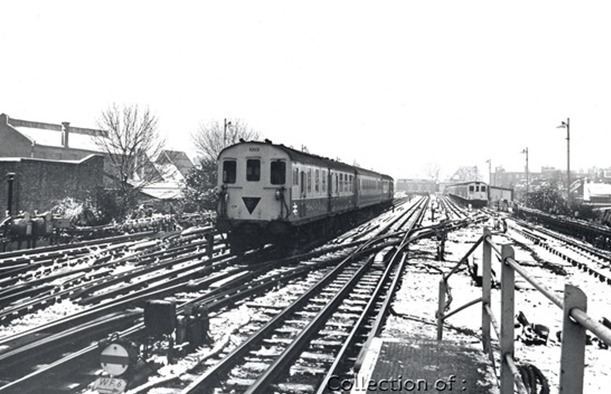 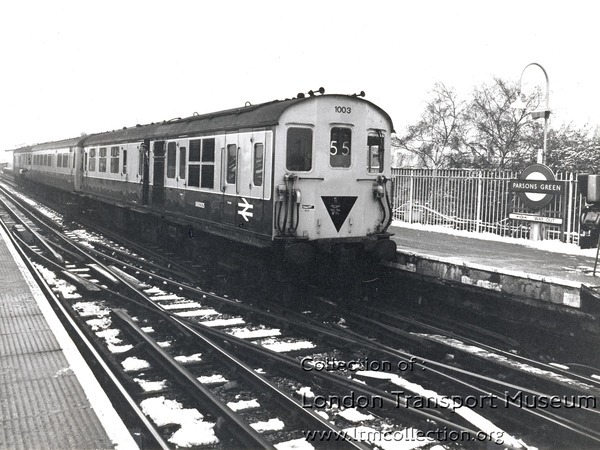 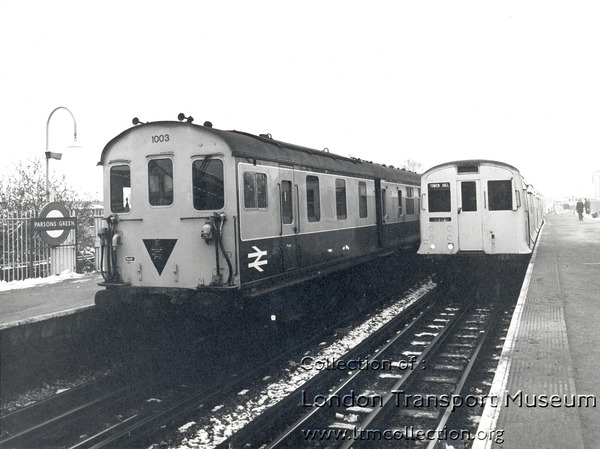 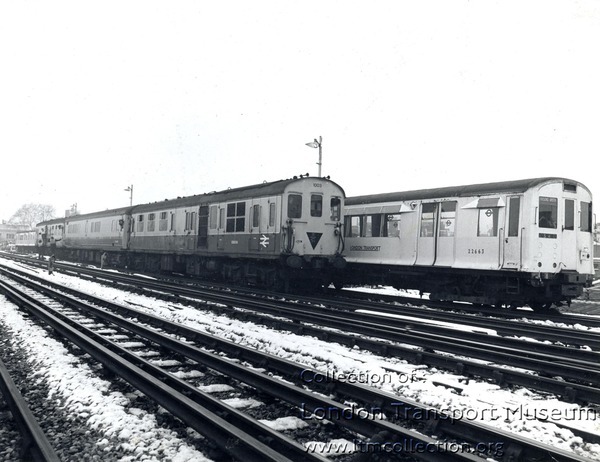 Above, the motor cars from 1006 have been borrowed to haul the high speed track recording car which is normally hauled my locomotives, I don't know if the coach was fitted with jumper cables for multiple working or if the rear motor car was just dragged

The images below we found on the London Transport Museum website which show the motor cars from 1003 hauling the high speed track recording car and is seen running on the Underground at Parsons Green on the District Line.

​They are dated 10th December 1981 and the motor cars have been renumbered after leaving their Tadpole formations but still retain the black triangle on the front. 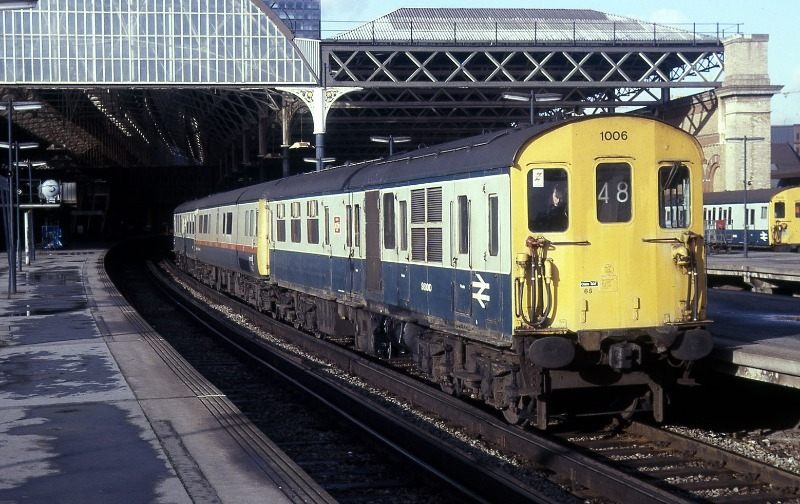