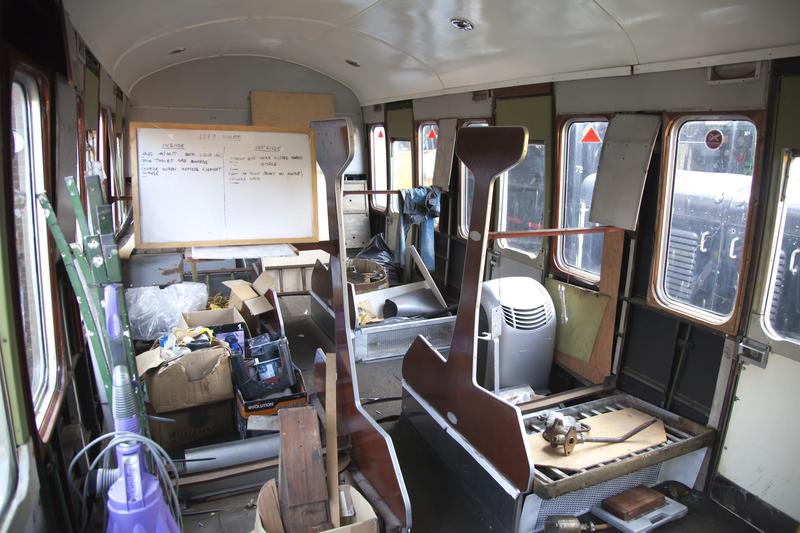 The larger of the second class compartments, which looks worse than what it really is.

Once the restored side panels are back in place the seats can be dropped in, the seat bases are already there so it a case of having to wait for one thing before you can do the next 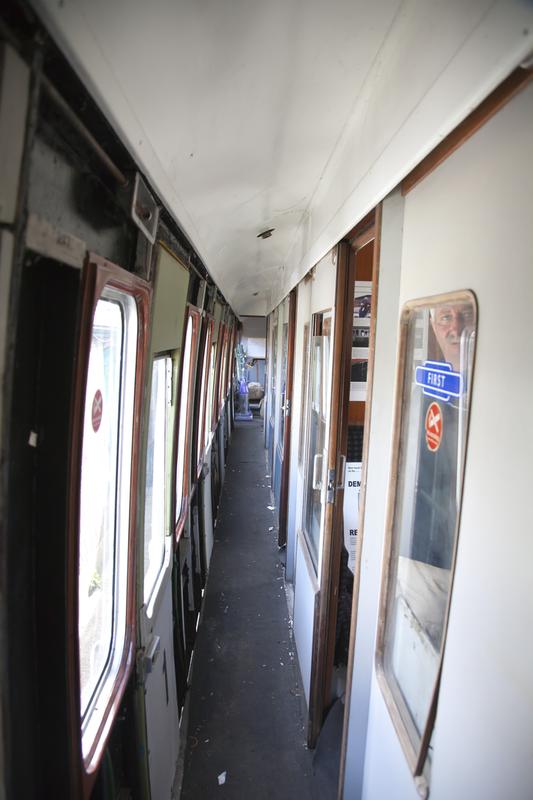 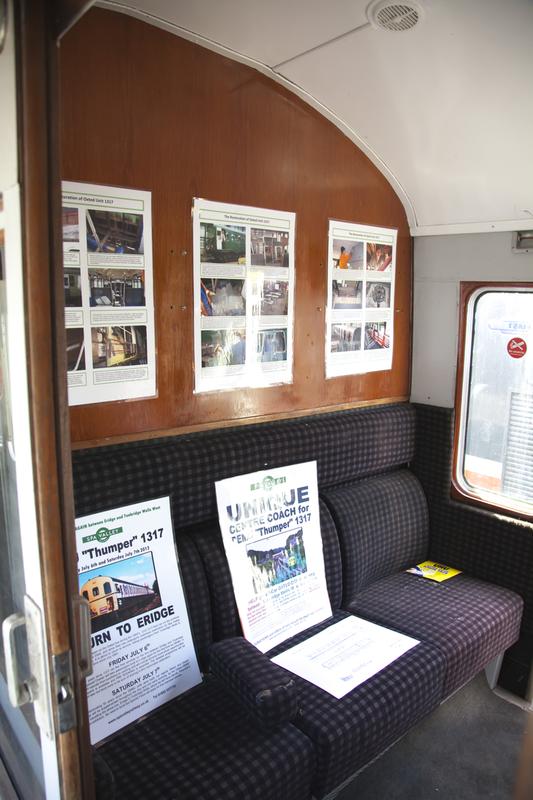 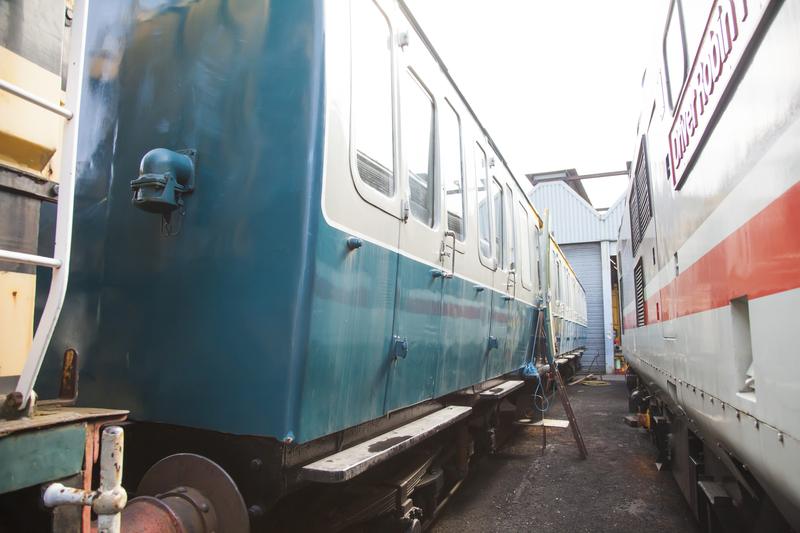 The corridor outside the First Class, the panelling on the sided needs to be put back but apparently its all in the workshop being overhauled 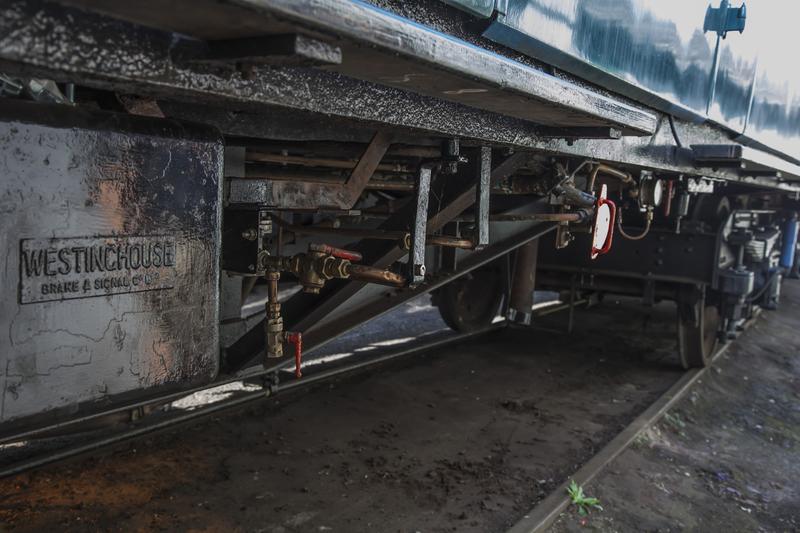 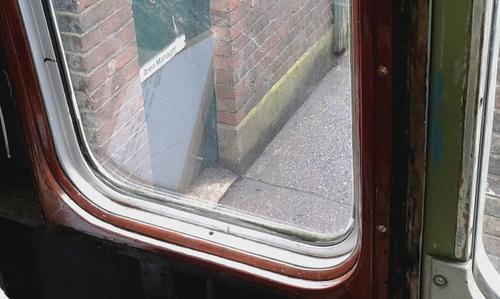 I have recently joined the Spa Valley Railway and got involved hands-on in restoring this centre trailer.   It is becoming apparent that there is still a lot of work to do, and underneath things are a bit worse than Amy thought.

Working in the larger of the two second class saloons, it has been found that the inner wooden window frames could not simply be bolted in through the existing holes because many of the fixing tabs had been re-welded and did not line up, or old rusted bolts were still broken off in the holes.   We have had to lift the frames out, re-drill the fixing holes and tap new threads in them for slightly larger bolts, requiring us to source a size of brass bolt and tap that you cannot get over the counter in the Homebase store next to Tunbridge Wells West station, and we also cleared them out of the relevant drill bits !  Then, because of the welds, we found the frames did not fit perfectly and we have had to chisel away at them to get them to fit tightly.   A couple of frames a day is the best one person can hope for.   I am pleased to say that at the end of August we have completed this operation in this saloon.   We still have to do the same in the first class compartments and smaller saloon but first there is a lot of other work to do in this one.

Unfortunately some of the curved mouldings are missing.   The radius is too sharp to bend off-the-shelf moulding and we are looking to source new pieces to pattern, which might have to be some sort of man-made material.   Attempts have been made in the past to replace some, but some of the replacements have been of the wrong profile so they leave a gap.

The next task is to complete the base for the long bench seat at the outer end.   At some point in its previous ownership, the grille that encloses the heating elements has been repositioned too far back, and we have had to reposition it with consequent adjustment to the fixing brackets.   Next session will involve rubbing down and repainting the grille.  Also, the seat cushion I supported on u-framed light metal channel that should be packed with a piece of wooden batten ; many of the battens are missing so will need to be replaced, otherwise the channels bend or break.   Finally, there needs to be a length of batten running transversely across the carriage on top of the grille that the seat frame sits on.

I hope this gives some insight into what is involved in this job. 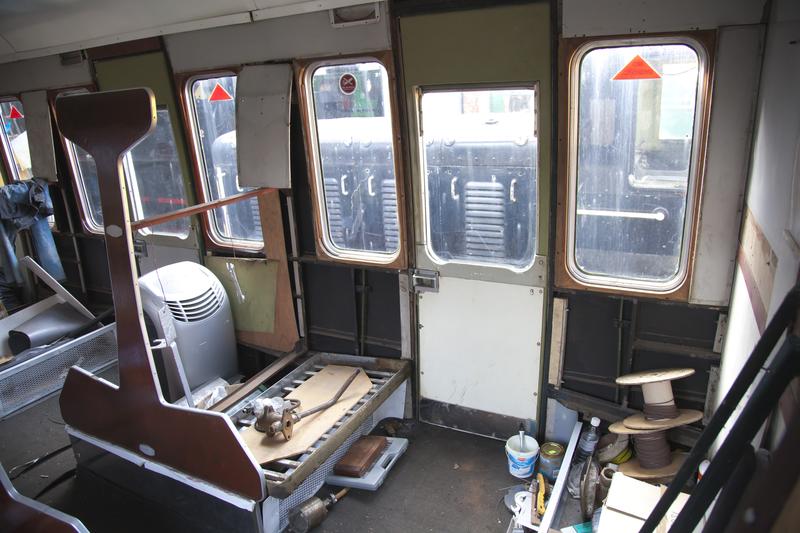 Some of the attention to detail which has been done underneath, all the copper piping has been rubbed down, all the valves stripped and overhauled, also the entire vehicle has been rewired with all new cable.

When it was first preserved it spent some time at St Leonards depot, it is seen here in 2004 in NSE livery and a hell of a lot of hard work has gone into getting it to the standard you see today.

Article and all photos by Amy Admas 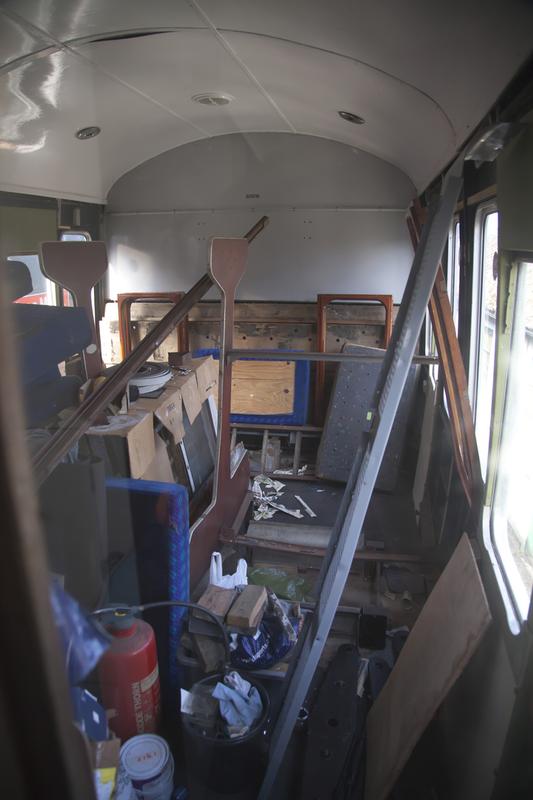 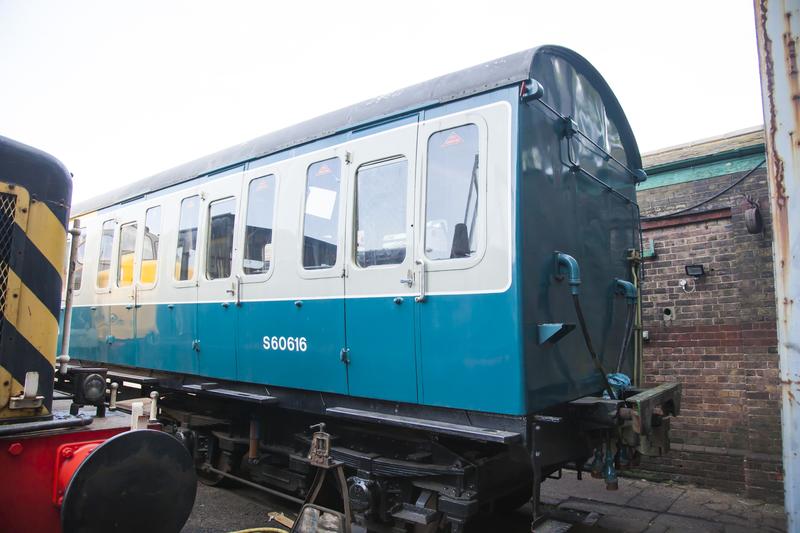 When the Spa Valley Railway obtained their Class 207 1317 it came as a 2 car unit as it had been running in that formation for the last few years of its life but wish was always to have it back as a 3 car unit.

During its life in preservation it had been through a number of different owners which could be an article itself but eventually came into the possession of the Spa Valley Railway who started the restoration to the same high  standard as the rest of the unit.

It has got to the stage where during the Double Thump Weekend it was opened up to visitors.

A lot of work has been done under the surface but it is currently on the home straight, some of the work undertaken has been to replumb the toilet system which is all the kind of jobs which people dont see then moan because the think that nothing's happening to it.