Following the success of the article about Thumpers in Green I decided to do another this time of the second livery carried by the units which was Blue.

The first one in the set is of 1401 near Southampton is passing Bevois park (st Denys station is beyond the road bridge) heading towards Northam in September 1980. 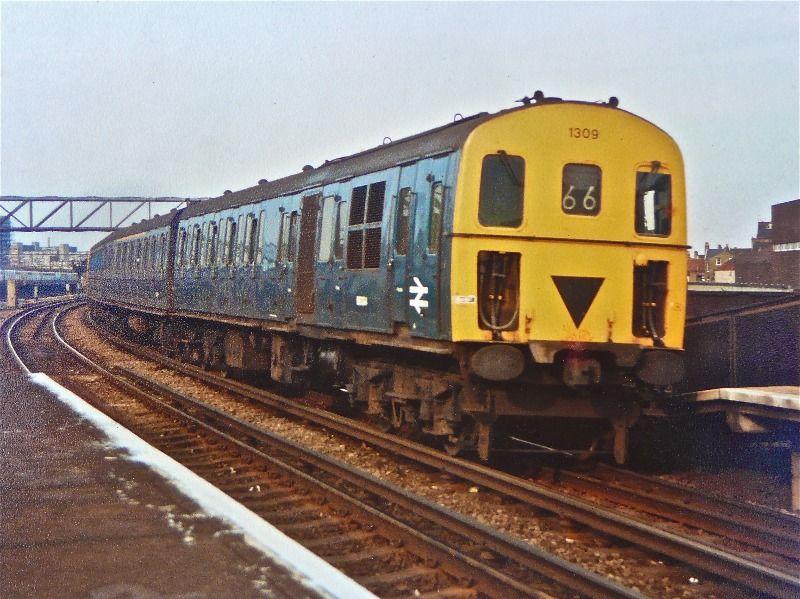 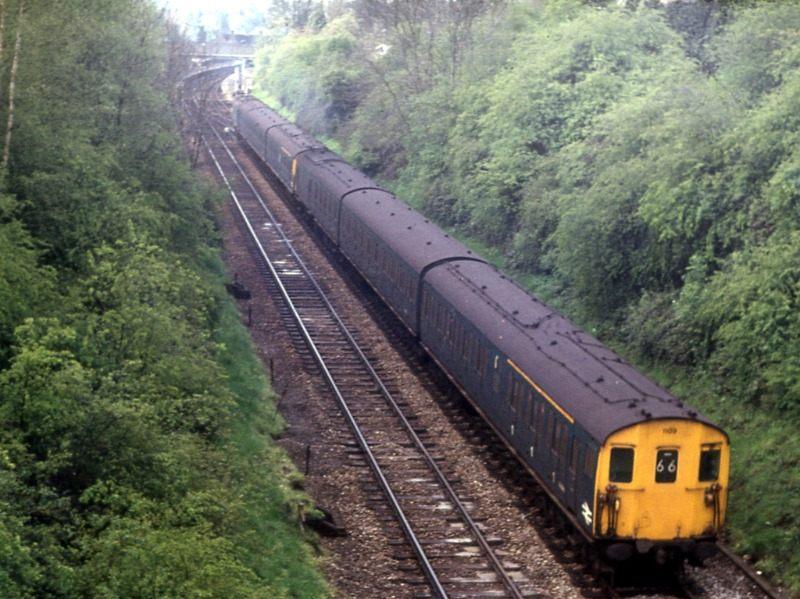 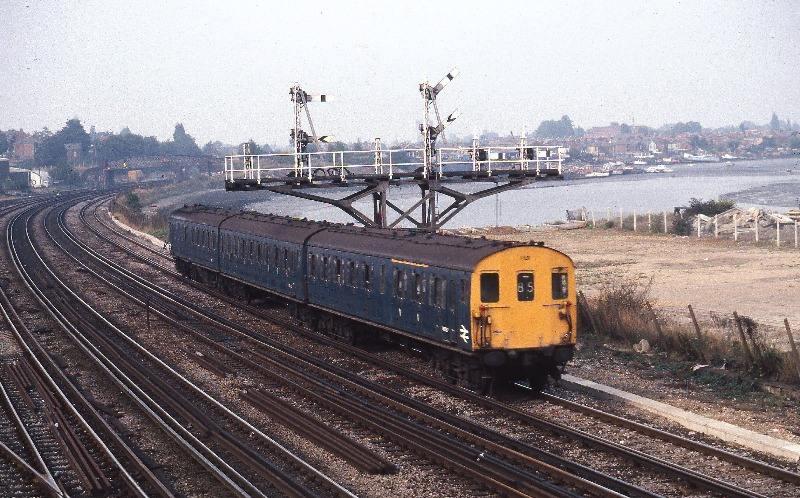 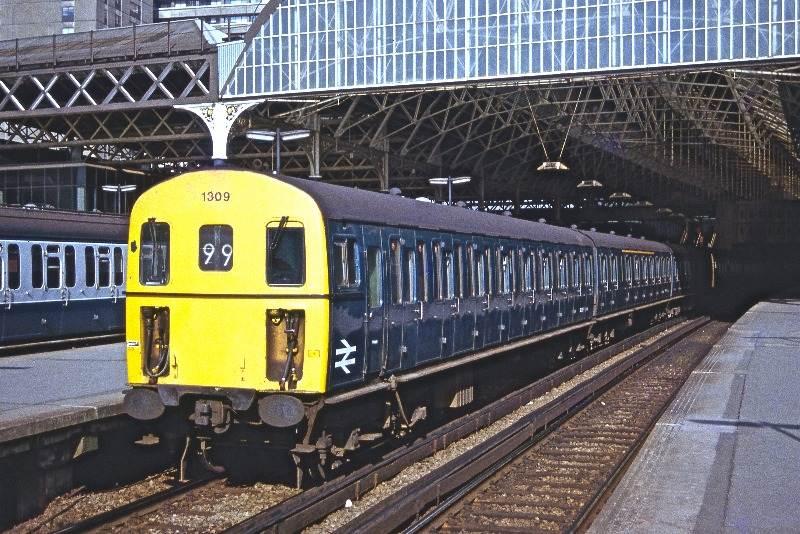 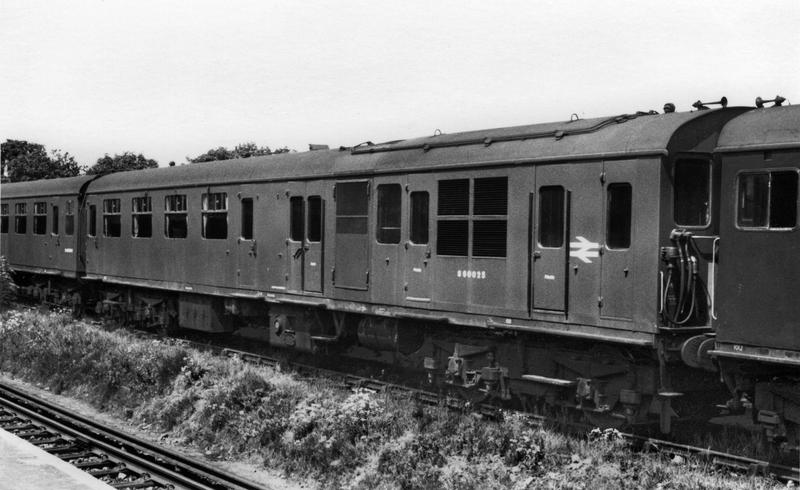 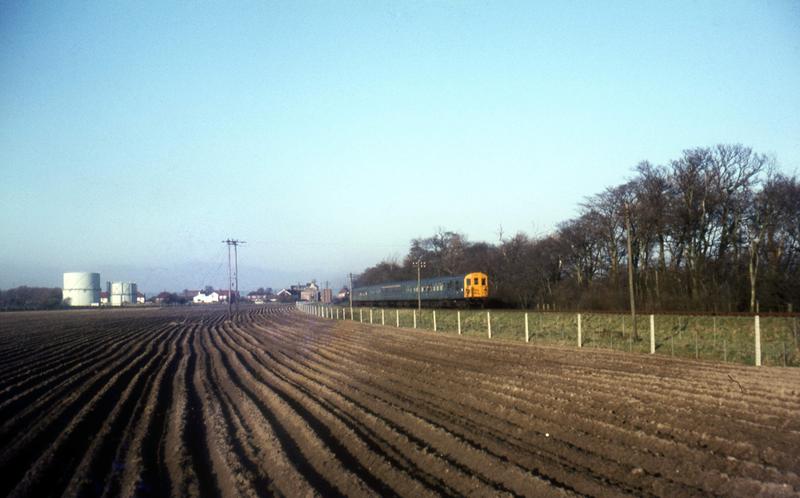 The Centre car of 1309 is seen under the roof at London Bridge, we are so lucky Ian decided to take this shot as images of centre cars are rare.

The above three images are by Ian Docwra 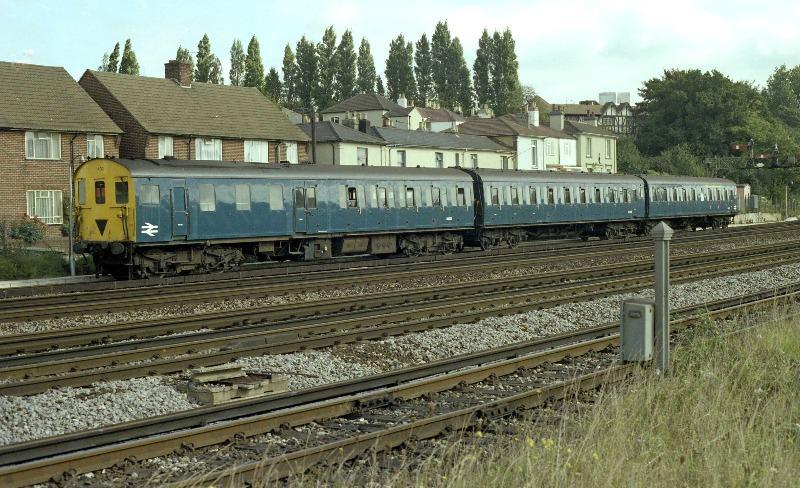 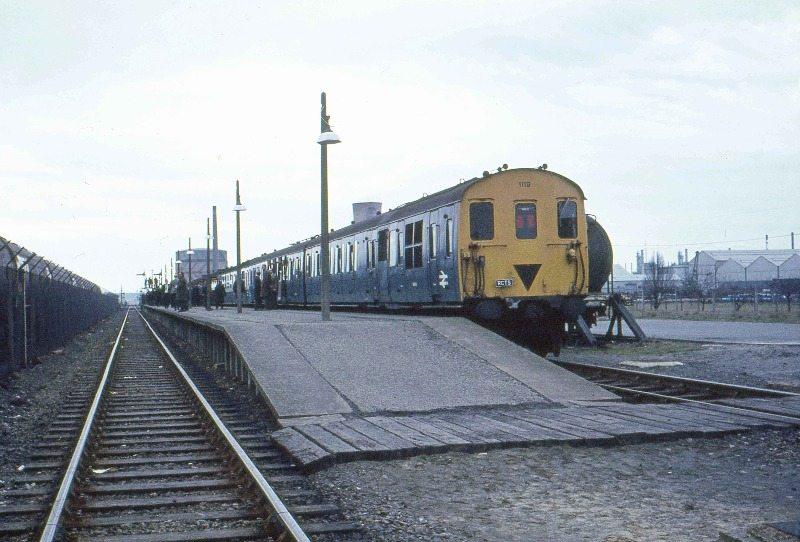 ​Image is by by Christopher Wilson Collection 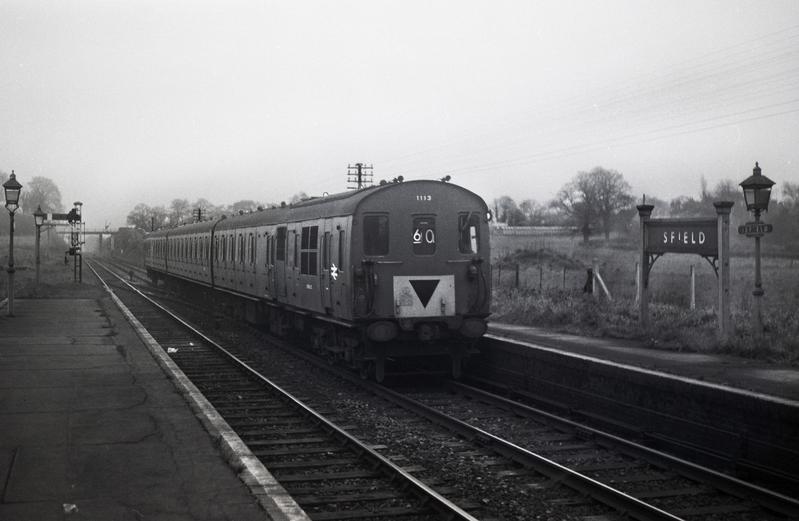 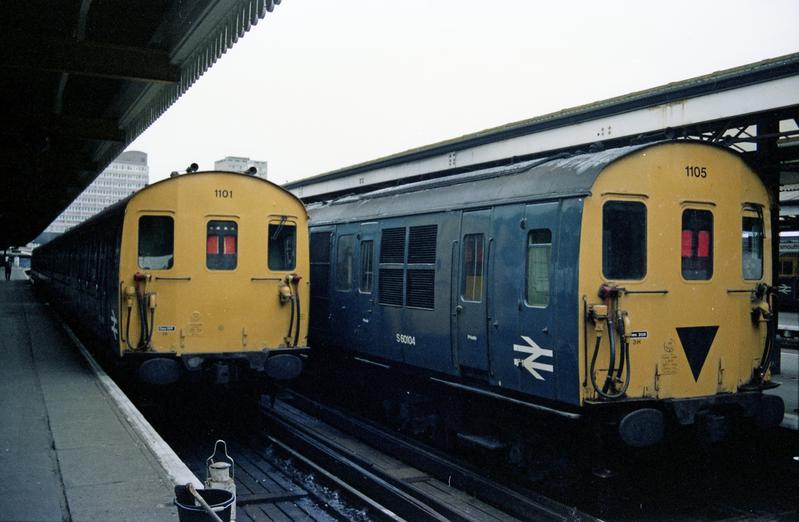 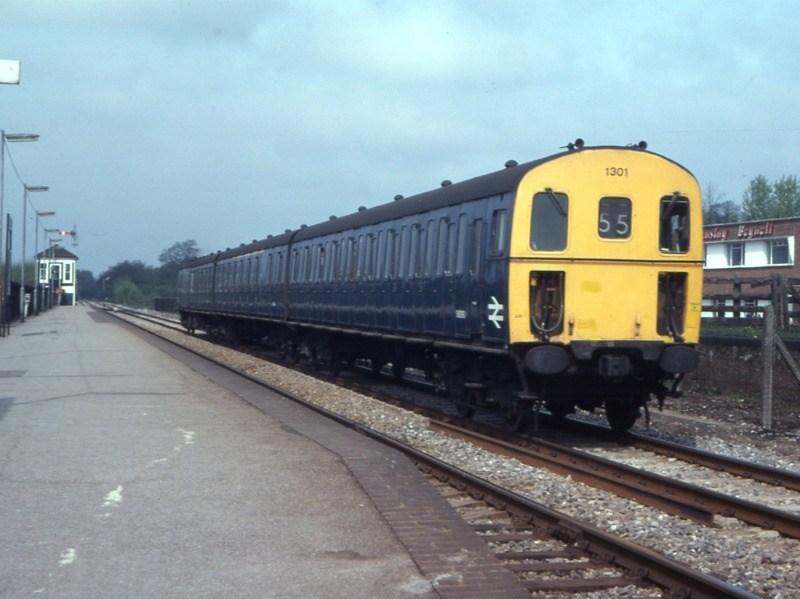 Seen at Edenbridge in September 77 is 1102, This is one of the 3 units which carried the small warning panel with blue livery. 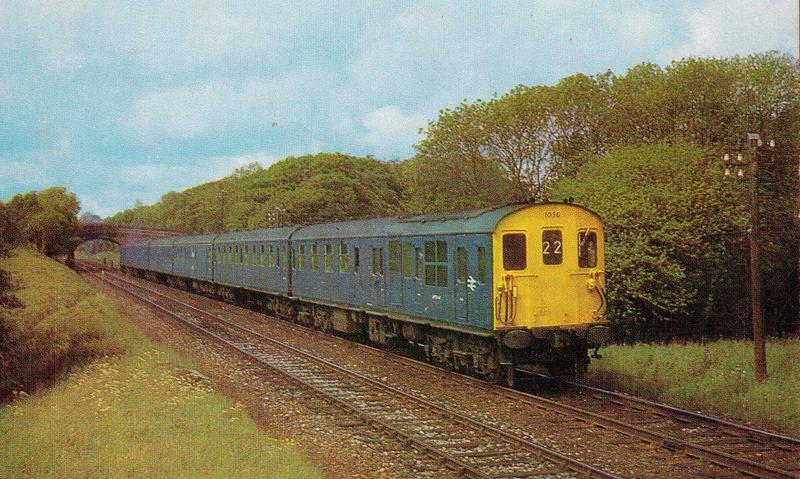 Another of the Blue Hastings units with a yellow end, 1011 leaving New Romney on the last day of service on 6th March 1967 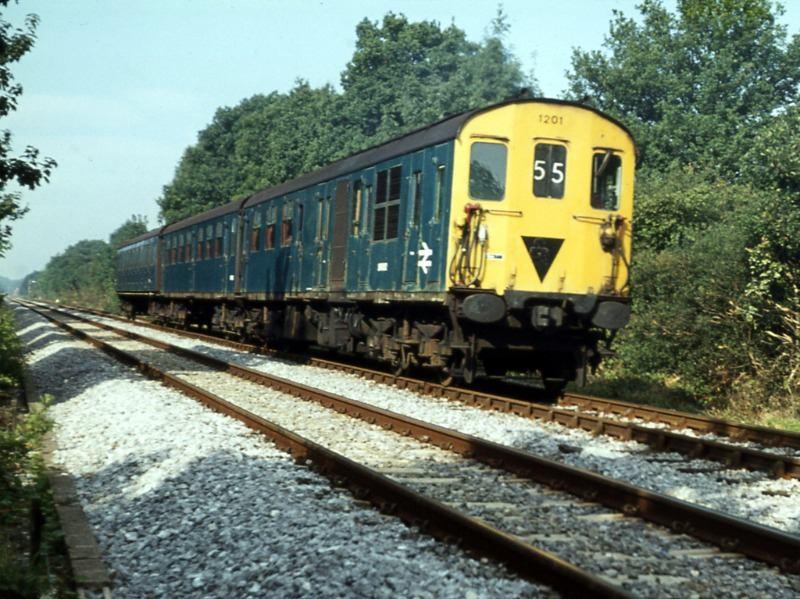 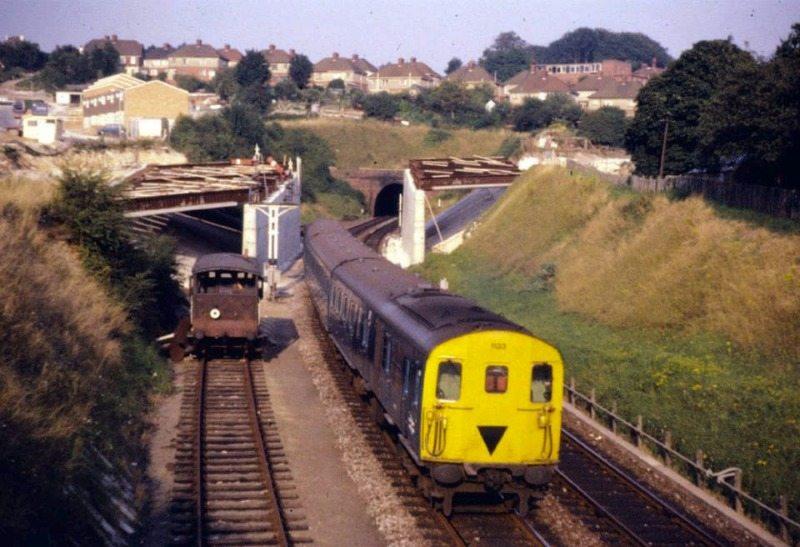 The above shot is of 1036 a blue Hastings unit and it was produced on a postcard by a company called Salmons who were based near Hastings.​ 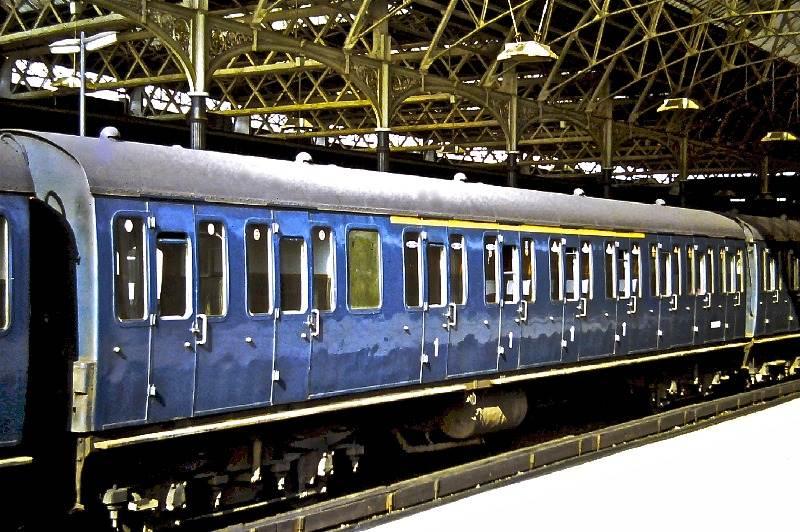 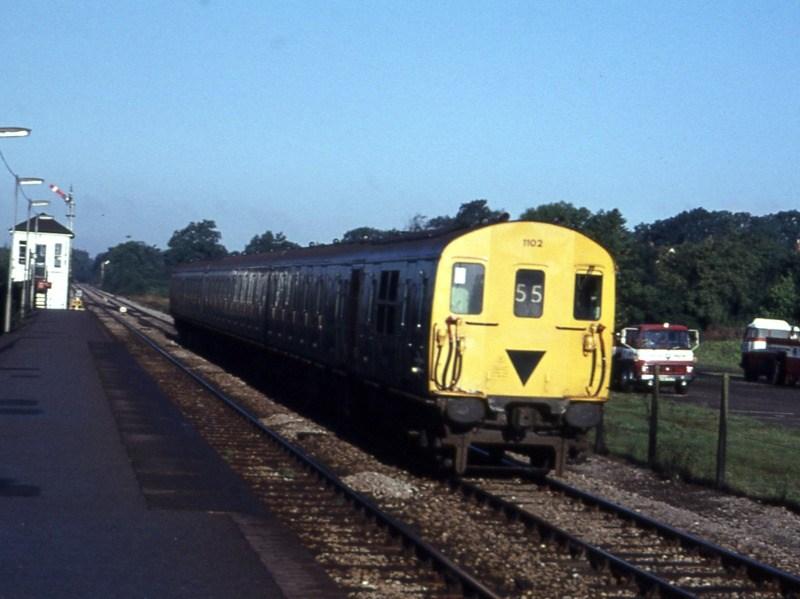 We have been asked how do we know this is blue not green, the giveaway clues are the double arrows on the cab and the unit coupled up to it 1012 is a much darker shade as it was green .

​Image from the Christoper Wilson Collection 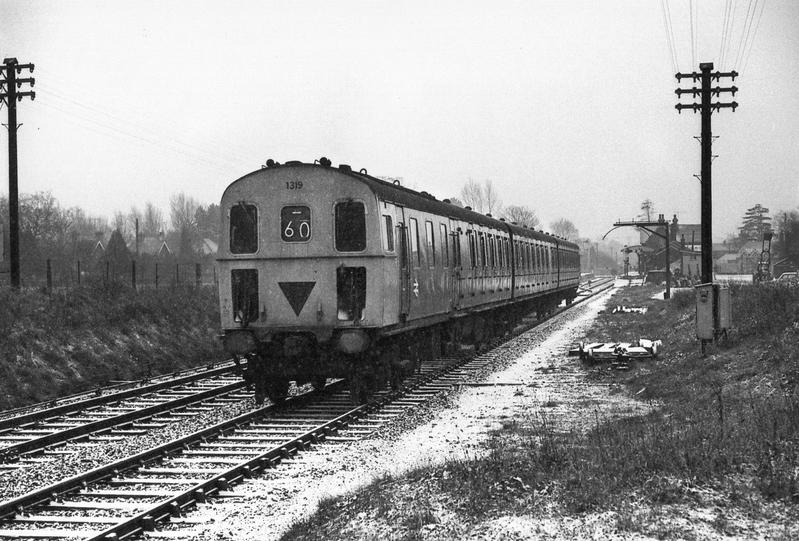 The Edenbridge area was a favorite for Tony Watson, all basic types of DEMU's came through the area, here the Hastings units are represented by Tadpole unit 1201 on 23rd September 1979

A one off livery given to unit 1319 was the yellow ends wrapped round the cabsides.

​A number of DMU's and EMU's from all regions received this experimental livery but 1319 was the only DEMU to carry it.

Image from the Rupert Newham Collection

The last diesel or electric unit on the Southern Region to operate in all-blue livery was 3D no. 1309, seen here passing Clapham Junction, bound for East Grinstead in about 1984

A plain blue 1119 is seen at Grain on a railtour on 21st March 1970, it was paired with a Hastings unit for the trip. For more about this tour click here