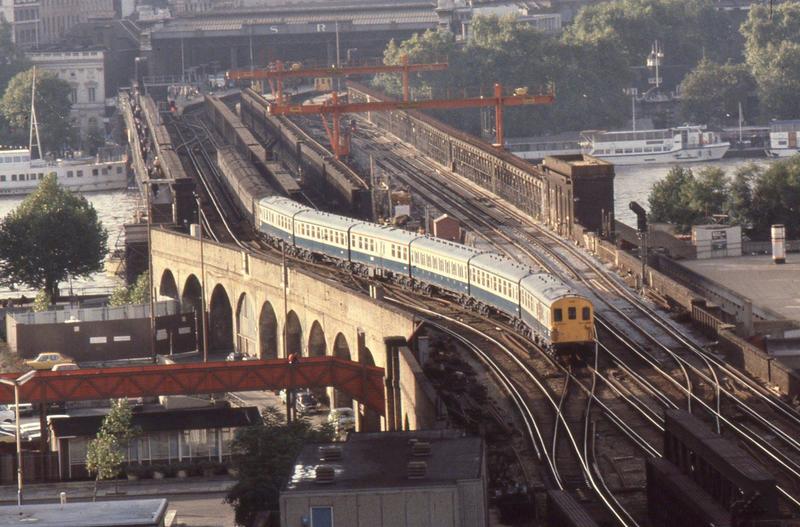 Above is 1036 looks a bit travel stained as it stands at Tonbridge 2-5-79 with an early evening Hastings to Charing Cross train. 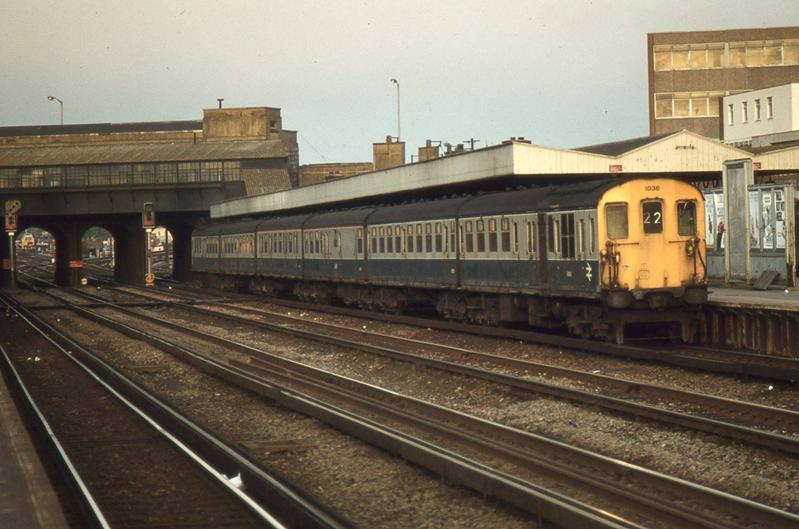 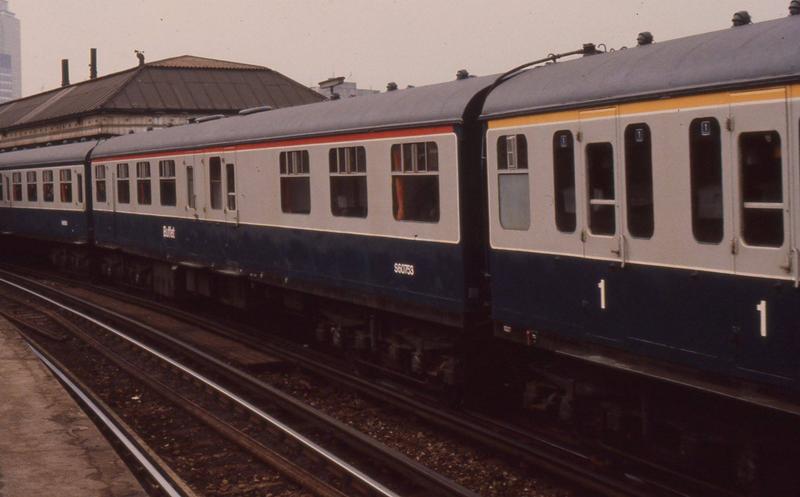 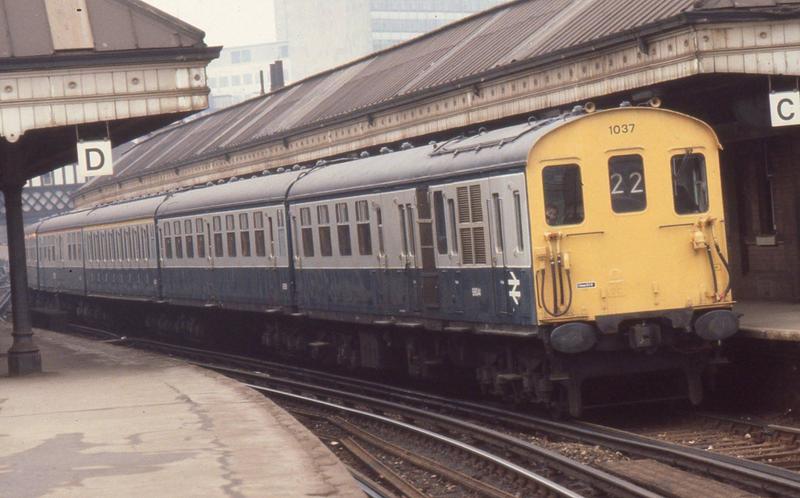 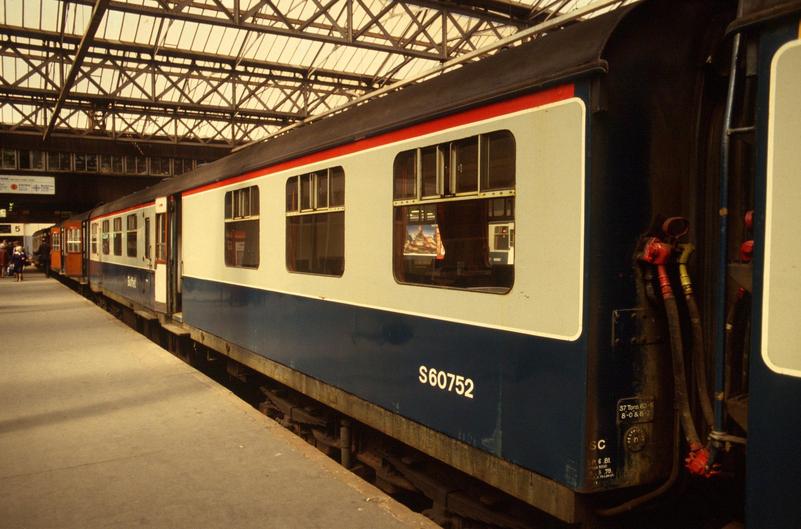 A very rare shot of the interior of a Buffet Car, This is 60753 from 1037 and was Taken by John Atkinson on 25th November 1980 and was the last time John rode in a Hastings Buffet 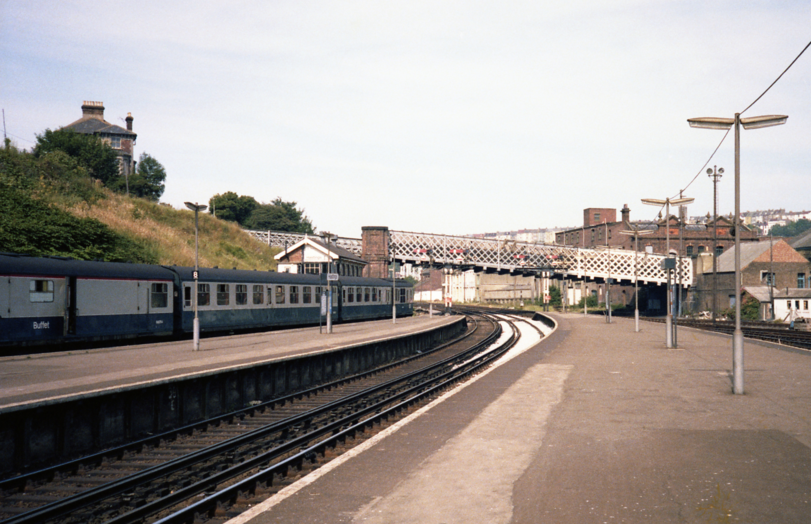 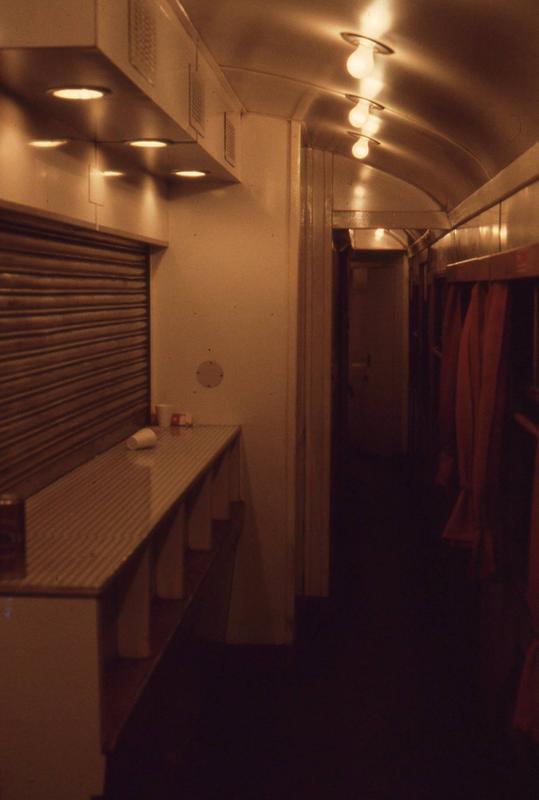 On 20 July 1981, five withdrawn former 6B unit buffet cars (60751-4/6) and what looks like a Mark 1 TSO are seen in the Down Yard at Basingstoke towering over the Victory Roundabout. They were stored here pending transfer to Snailwell for scrapping. 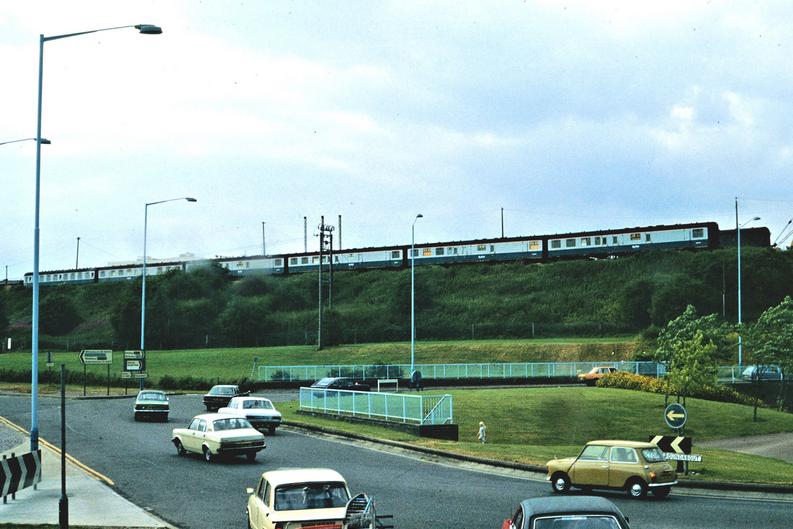 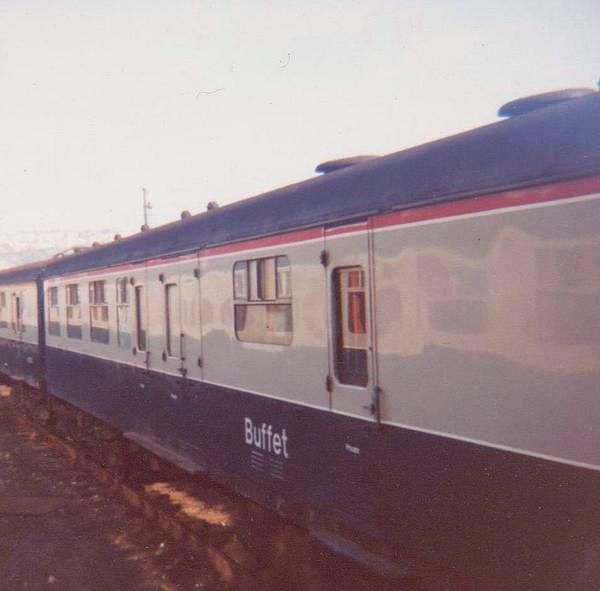 One unique feature the buffet cars had was the gangway doors. 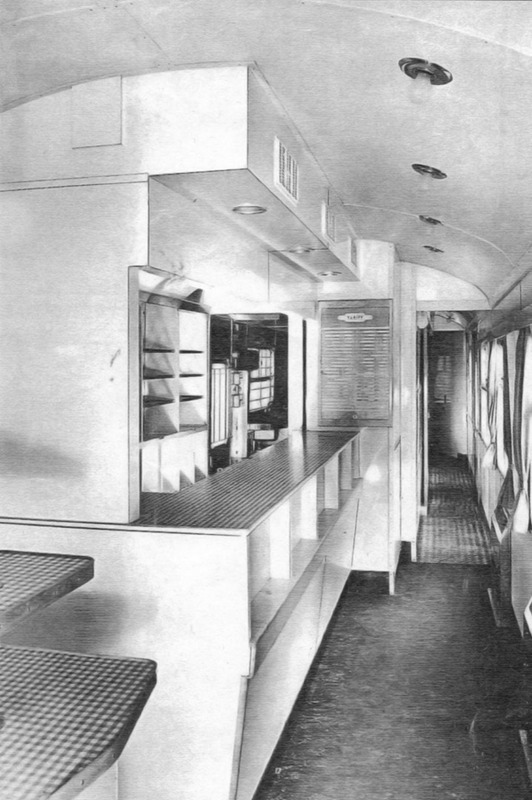 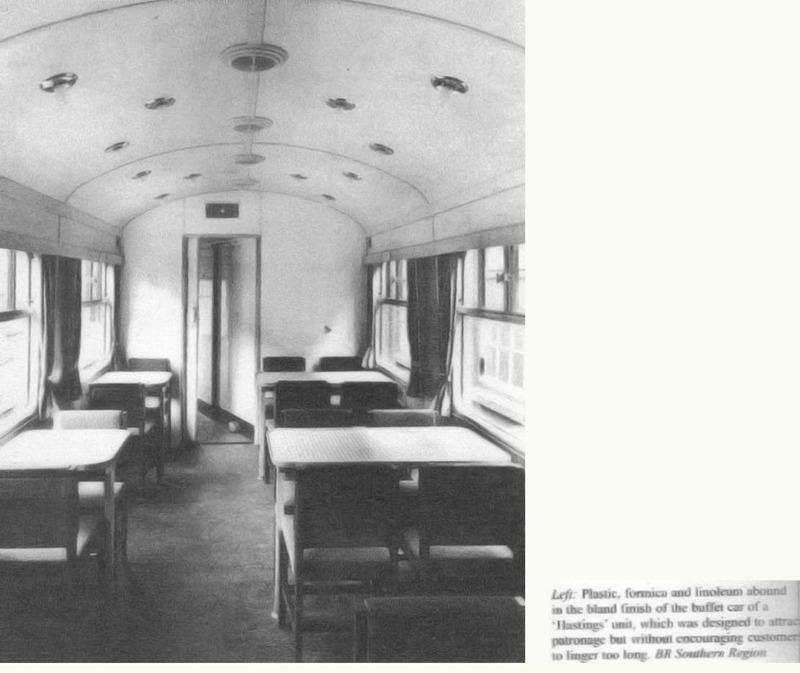 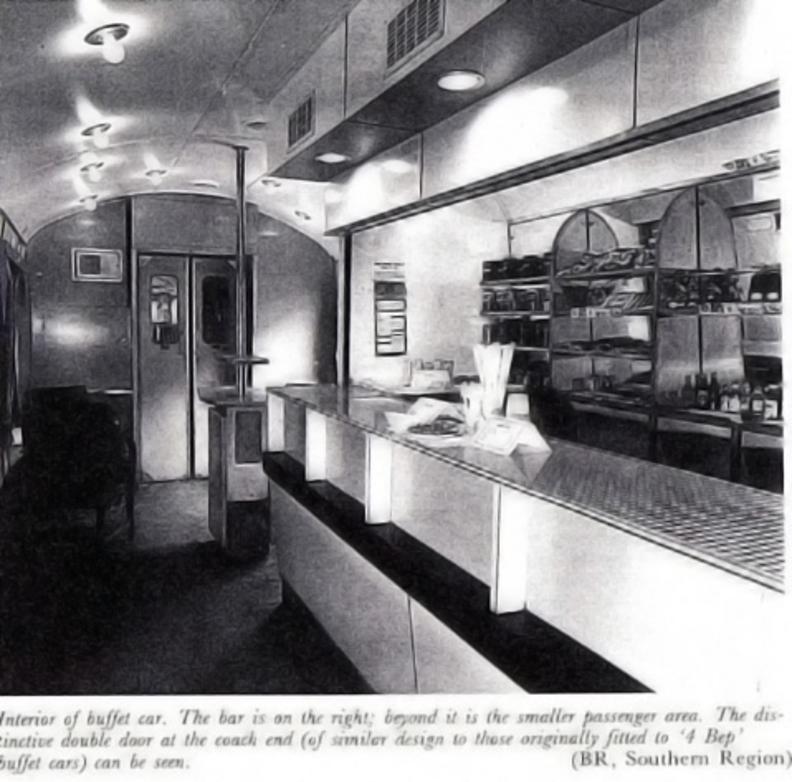 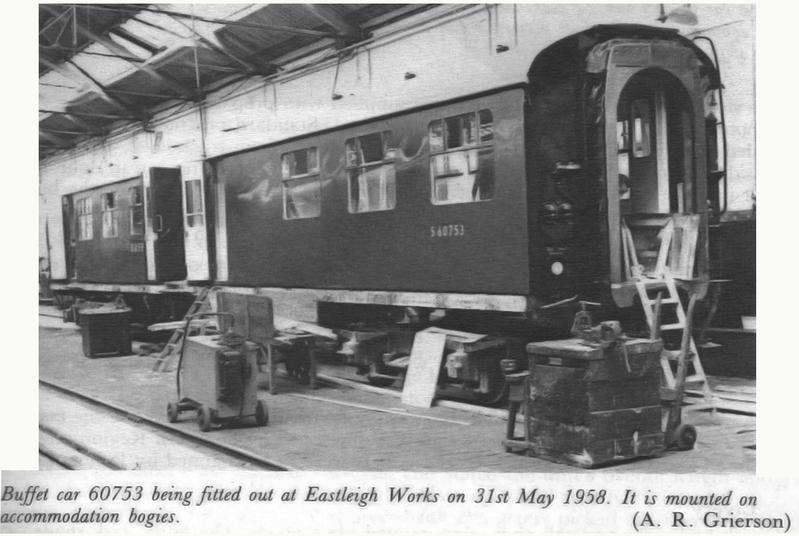 One veiw you rarely see of units is from above. This image,caught by Tony Watson at Tunbridge Wells, is believed to be 60754.

One veiw you rarely see of units is from above. This image,caught by Tony Watson at Tunbridge Wells, is believed to be 60754.​

Here is 60750 from unit 1032 at Mitcheldever Sidings eight years after withdrawal in 1972, this vehicle went on to become and experimental vehicle for the APT project and fortunately is now preserved

For more information on the vehicles departmental career click here.

Here is a couple if images taken by John Dedman taken in January 1981 at Basingstoke, showing four withdrawn Buffet Cars waiting to go for scrap.

Its hard to identify them but the top image closest to the camera is 60754 from unit 1034.

Image from the Mike Pannell Collection 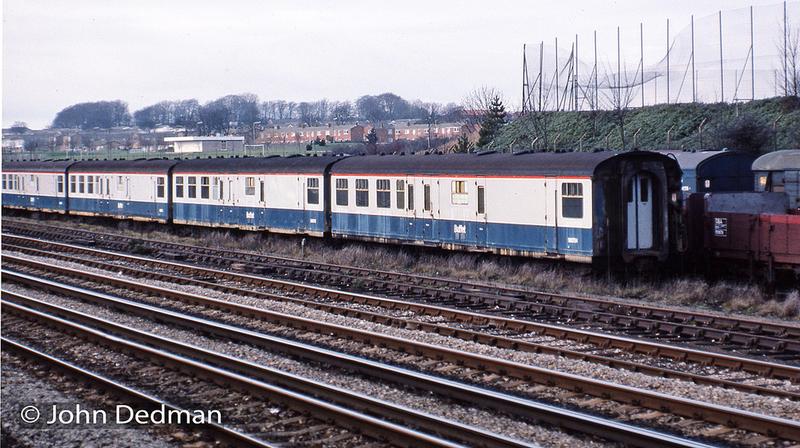 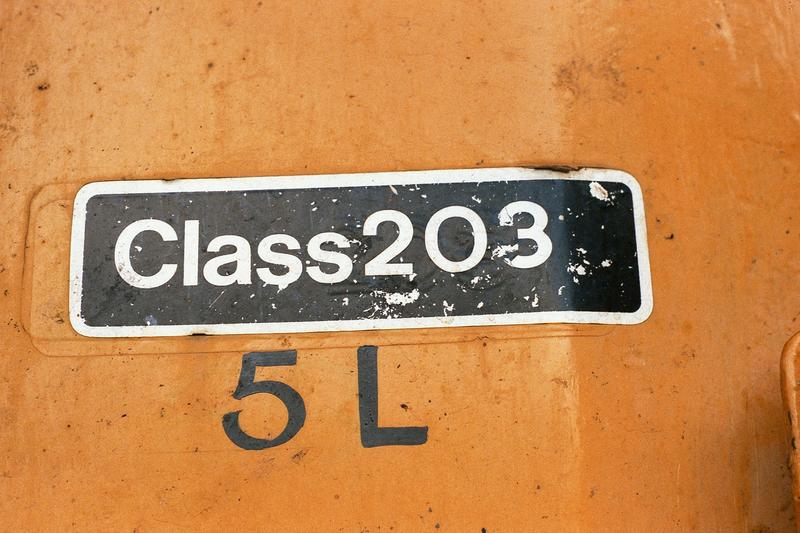 The final seven Hastings units were slightly different to the rest of the fleet as they were fitted with buffet cars and were consequently given the classification of 6B; later to became Class 203.

The idea was to have a buffet operating on many of the fast services out of Charing Cross, but as this was a DEMU with no inter carriage corridors, there was one slight flaw in the plan.How could people in the non buffet unit pass through the train to reach the buffet?

There were seven buffet carriages in total, fitted into units 1031-1037, but they were placed in the units out of numerical sequence because they were built at Eastleigh and fitted out at Lancing.

The first of the withdrawals came in January 1964 when 60750 from 1032 and 60755 from 1031 were taken out of service. These went on to departmental service. The remaining five soldiered on until 1980, when they were also withdrawn. 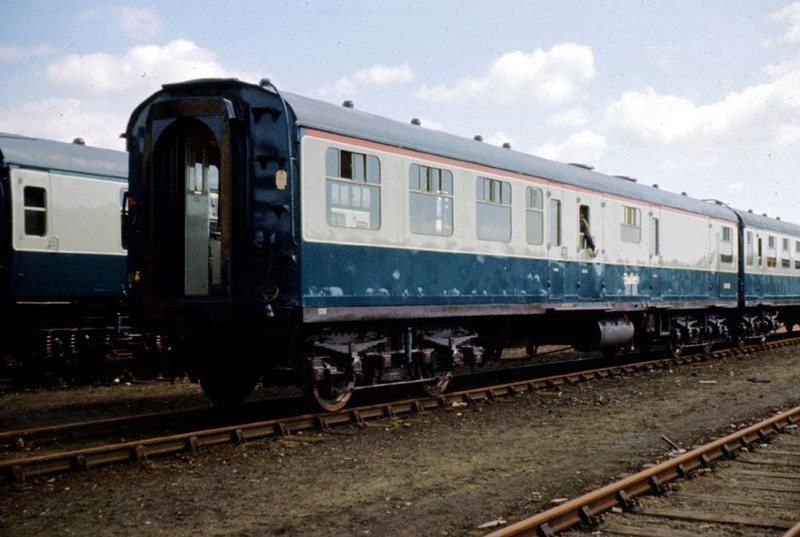 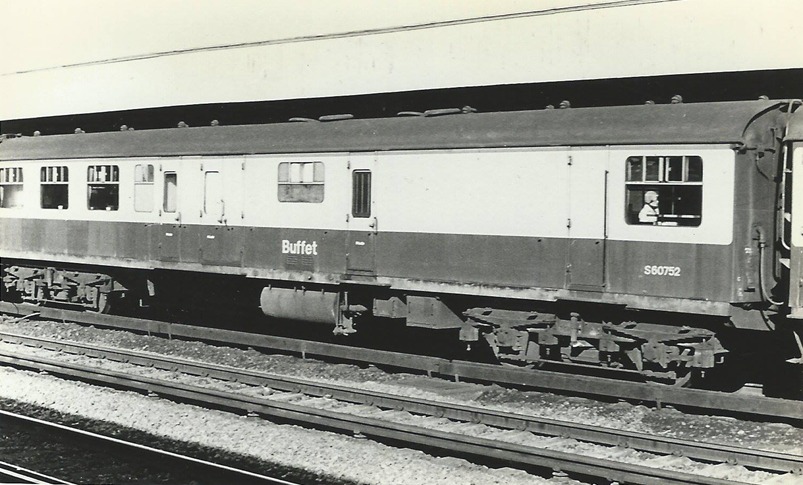 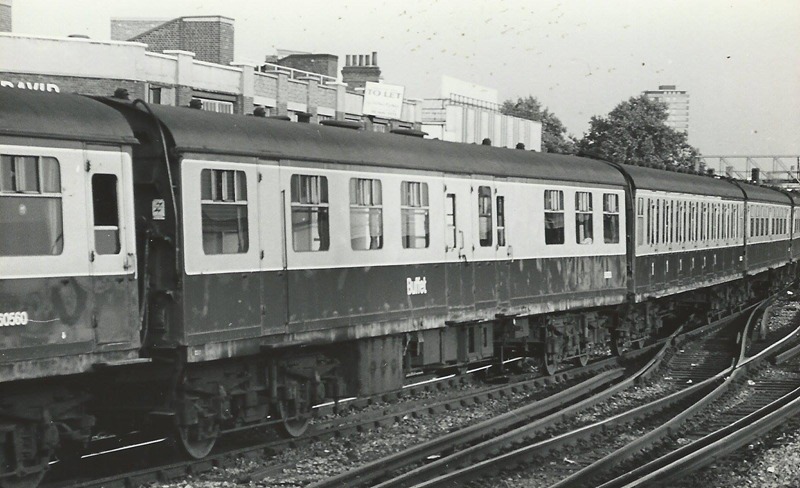 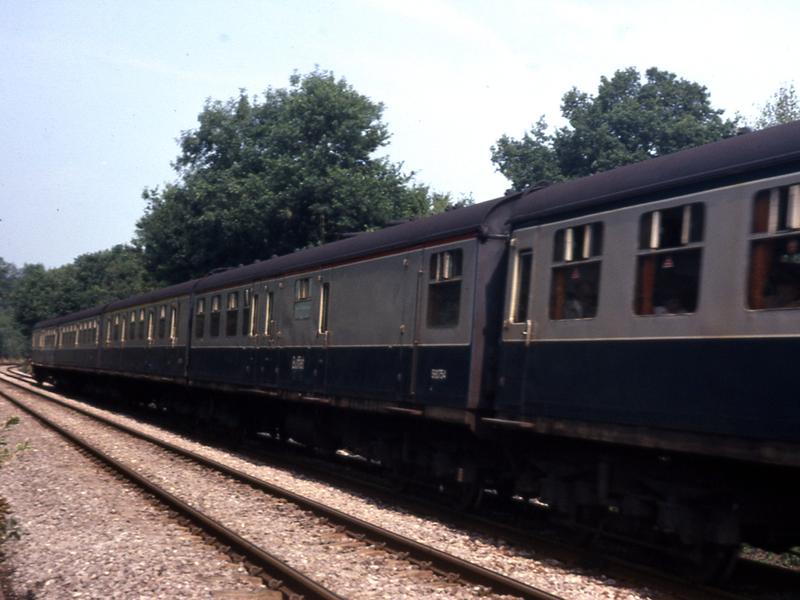 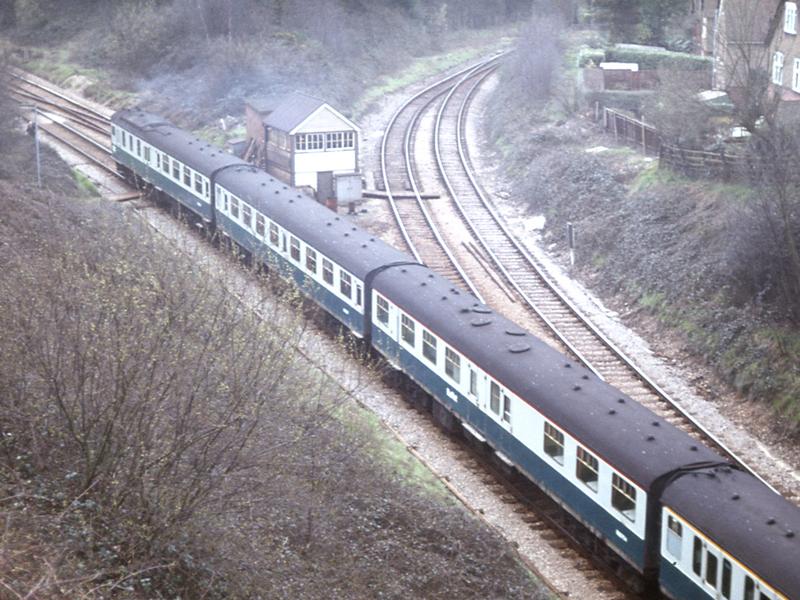 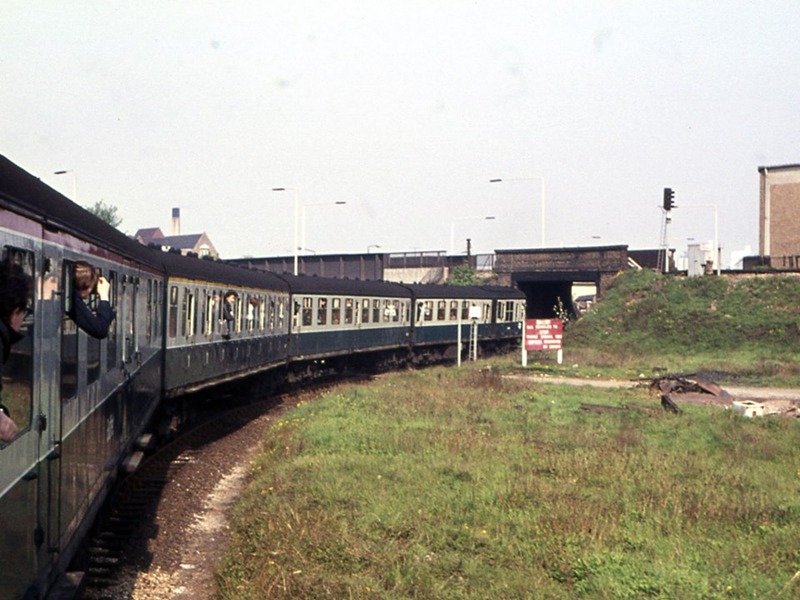 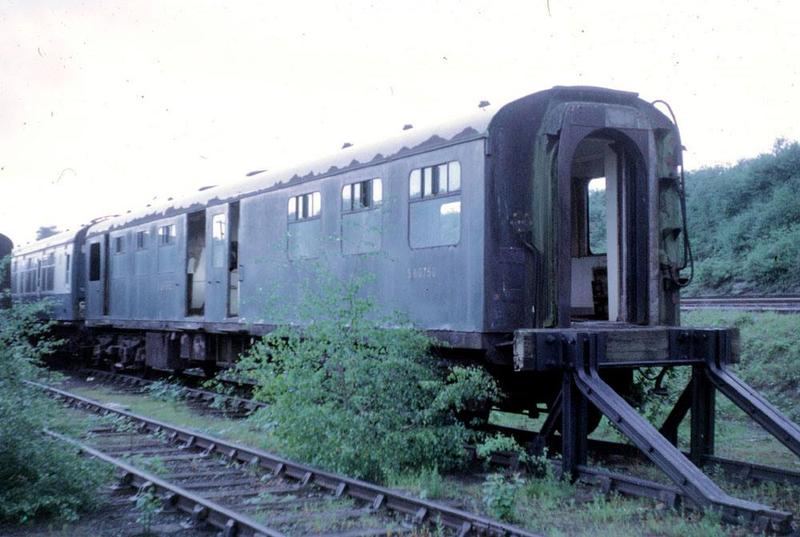 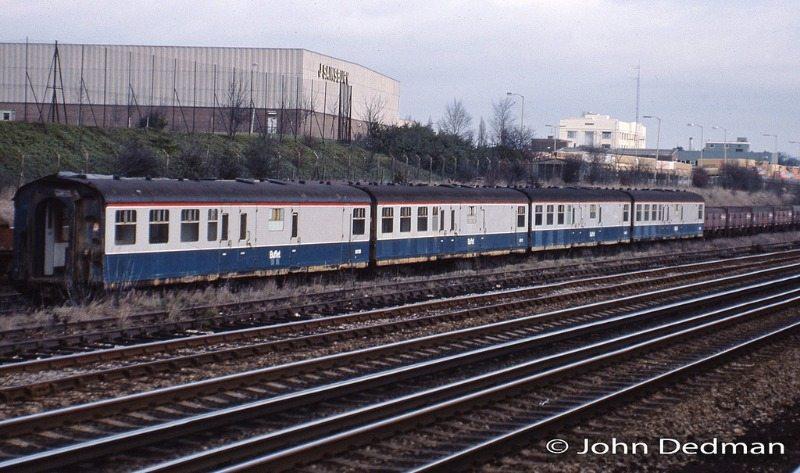