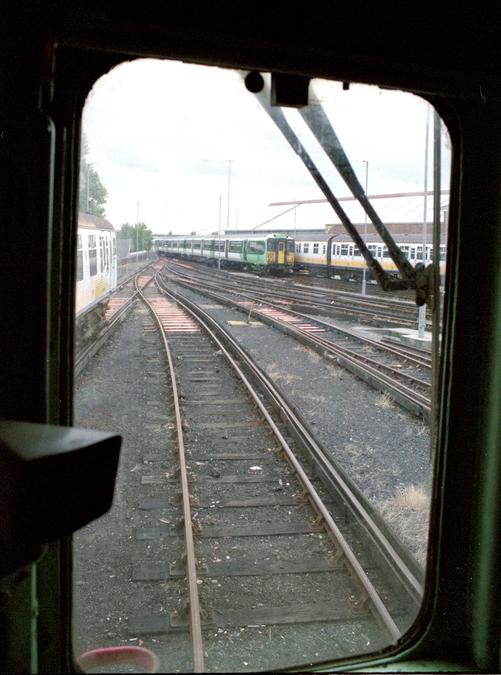 The Southern units have basically the same profile as a standard coach and which is a flat front and the sides at a slight angle, the NIR units however is a little more streamlined with the top 3/4 angled back

The southern unit has 3 windows as oppose to 2 but the centre window was only for the route code which the NIR never used.

The jumper cables are a little different the NIR had a pair on the left where the Southern just had a single cable. I have been told that the NIR used the basic 21 pin cables but I cannot confirm that.

They both use the same buffer gear and buckeye couplers so in theory if the gauge was they same they could be coupled together.

The air pipes differ, the Southern unit has 2 pairs mounted on the bar front in the same way as all the EMU's did but the NIR mounted them on the buffer beam making loco haulage easier.

Headlights have been fitted on both units. The Southern retro fitted them on all units in the 90's to the dislike of many of the purists.

The NIR had the large headlight above the cab fitted from new this could be done due to the loading gauge is larger so all bridges and tunnels are higher, but the lights below the cab windows have also been retro fitted 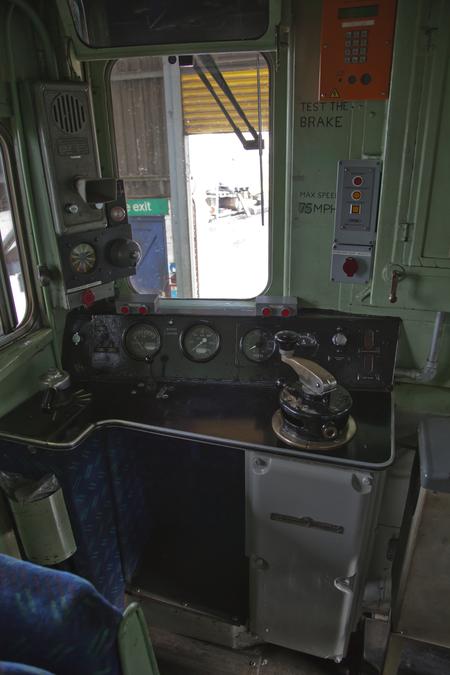 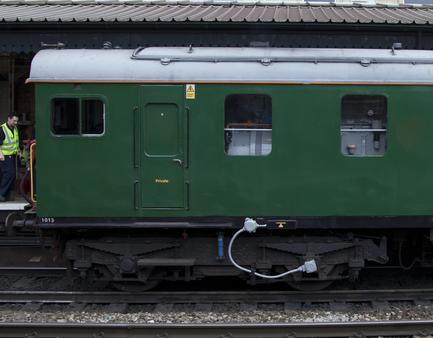 The differences between the SouthernRegion and Irish Thumpers

In this article hopefully Ill be able to show some of the differences between the Thumpers built for the Southern Region and the Northern Ireland Railways.

I had the idea as someone once said to me that the site should only be about the Southern vehicles as they were "The true Thumpers".

Well the Irish units were built by BR using standard components and they are more similar than people realise. 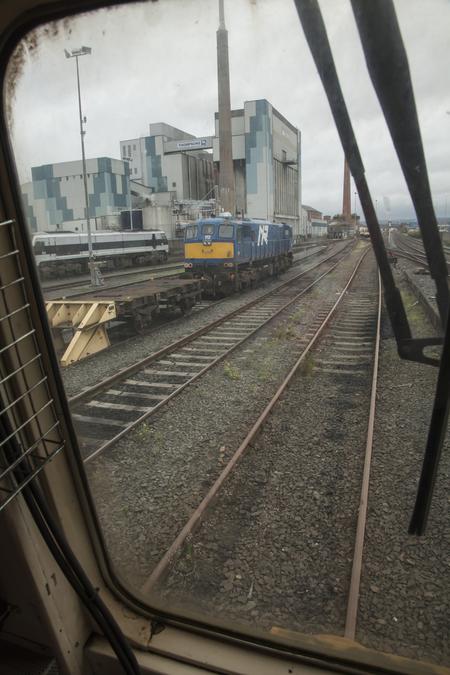 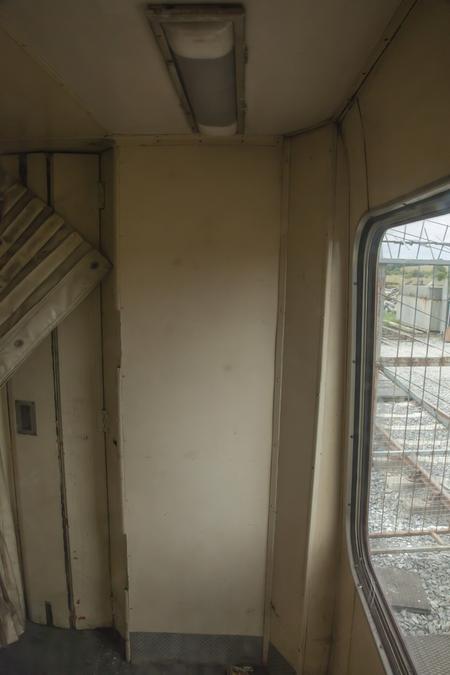 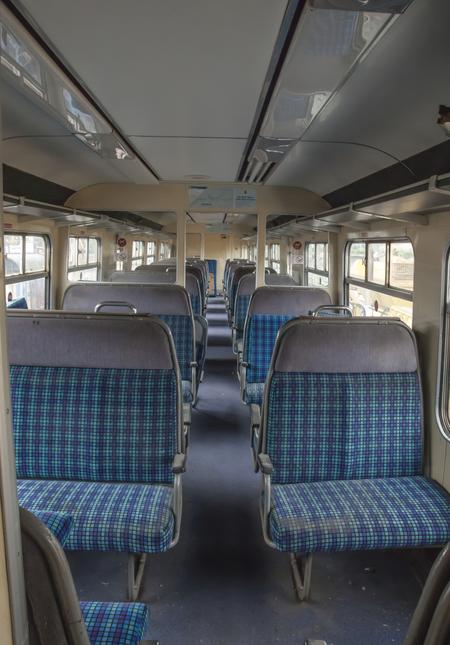 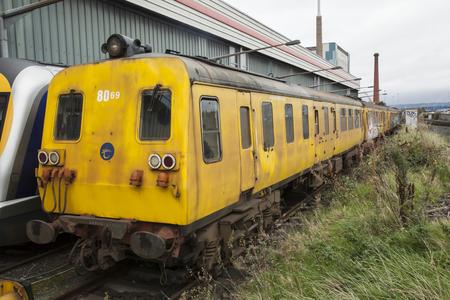 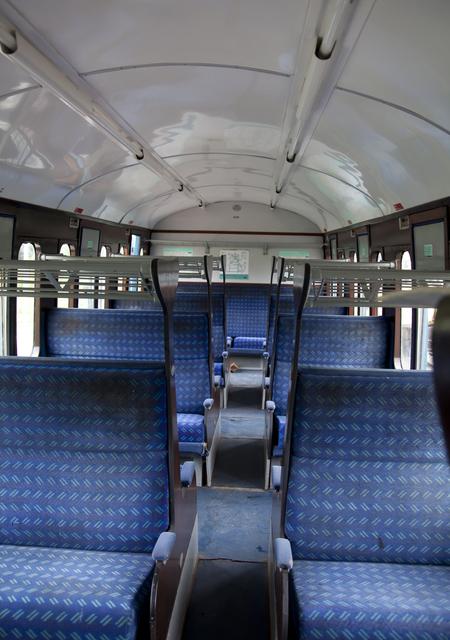 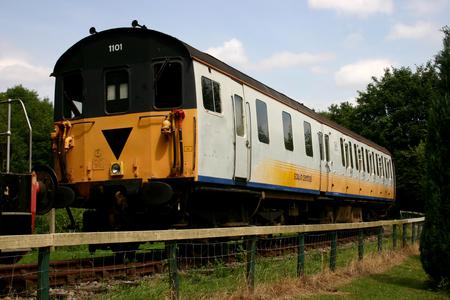 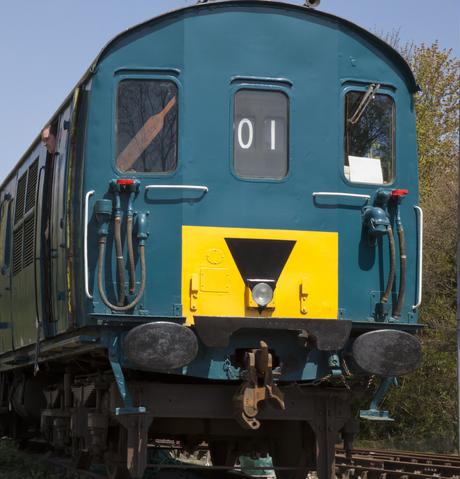 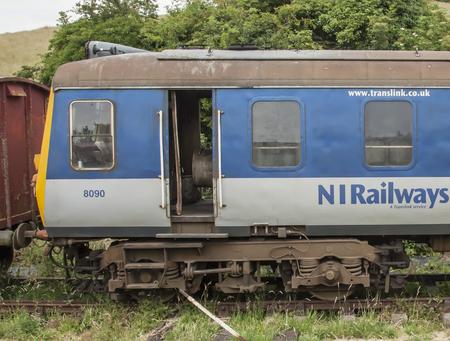 The main difference as far as I can see with my untrained eye is the turbochargers onto of the engines.

The Hastings units had a smaller turbo and therefor a slightly different exhaust stack but the Southern image is of a 205.

There is also a slight difference in the generators but this is probably down to modifications by the manufacturers over the years. 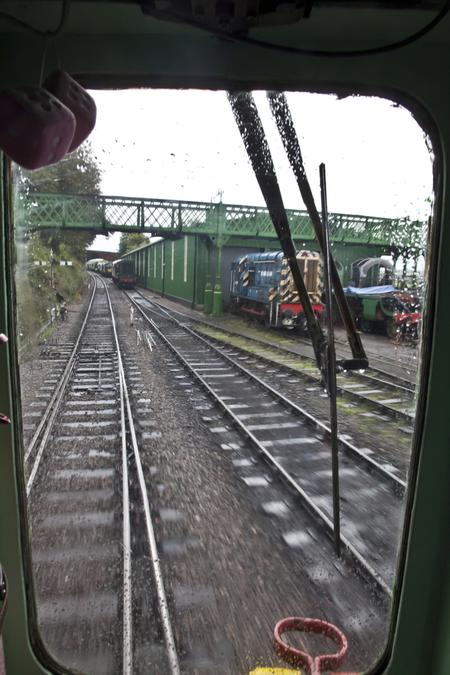 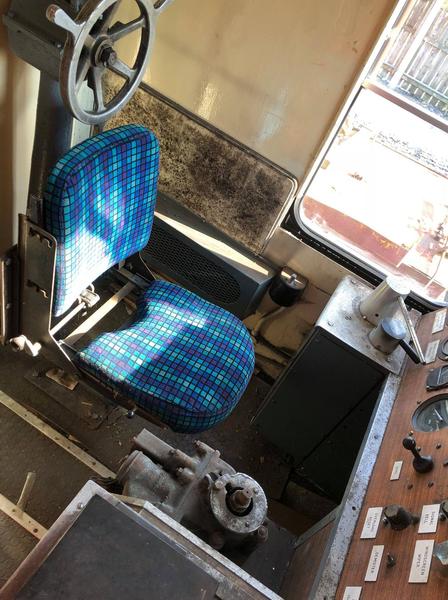 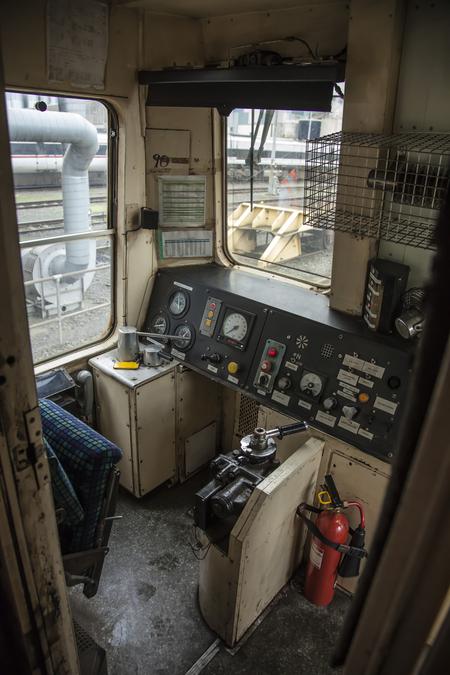 The main difference was the fitting of corridor connections on the front end giving a totally different look to the Power Car.

so with some cunning marshalling of units a 6 car unit could be formed where you could walk from one end to the other, unfortunately this gave a rather cramped drivers cab in the trailer where as the Southern cab was virtually identical to the motor cab

The Southern Unit gives an equally good view of the road ahead this time its of 1125 leaving Ropley on the Mid Hants Railway, the fluffy dice were added during the preservation era and are not BR originals :-D.

The NIR unit however give the worst possible view, this is because it had no window, due to the corridor connection this area became a walkway. 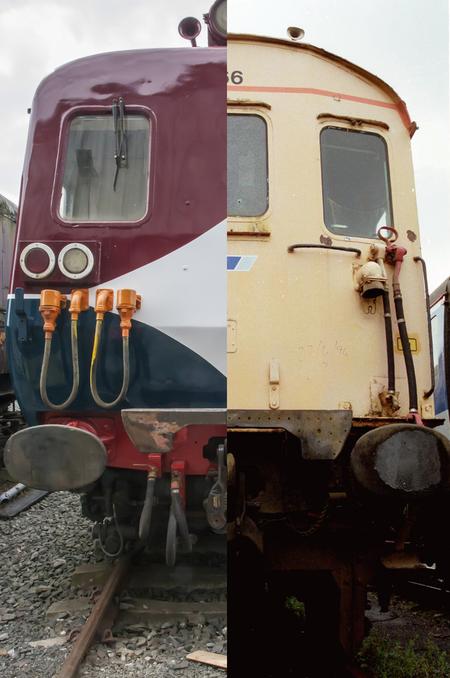 As there is the corridor connection there is only a little area left for the cab.

The image below is of 794 which I stole from Mike Beckett shows how cramped the cab is, the handbrake wheel is mounted behind the drivers seat and I wonder how many drivers have whacked their heads on these.

The other shot is of 1125 on the Mid Hants which is pretty much the same as the other end. 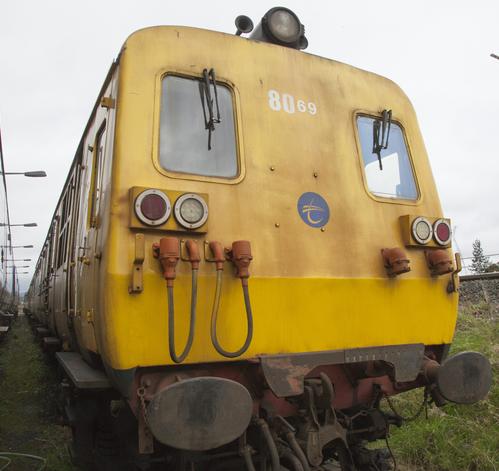 Or Power Car as its called in Northern Ireland

From these two Images you can see the business end has the same layout and so does the under frame, parts from one can be bolted straight onto the other.

The saloon layout was a little different, the southern vehicle has a door for every row of seats but the NIR unit has more of the express feel a little like the Hastings Units but more of interiors later 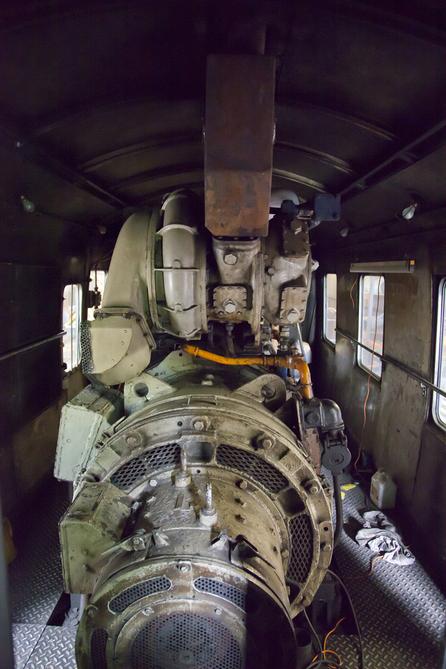 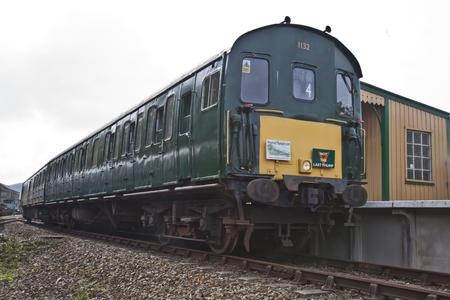 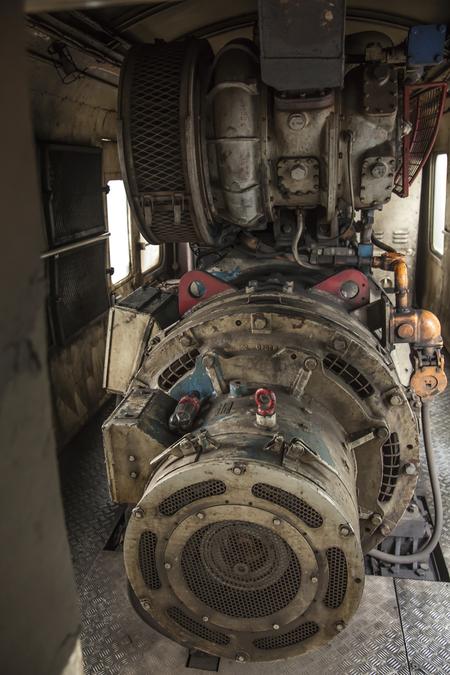 Of course we have the gauge issues as Ireland use 5'3 as oppose to 4'8 1/2 on the Mainland which is something I suppose can't be helped But in the pics below the Hastings unit is on the standard Mk1 EMU bogie but by the time the 80 Class was built the later bogies with BR were using on the later slam door Southern units were used.

Apart from the gauge the NIR bogies are the same as the CIG's and VEP's. 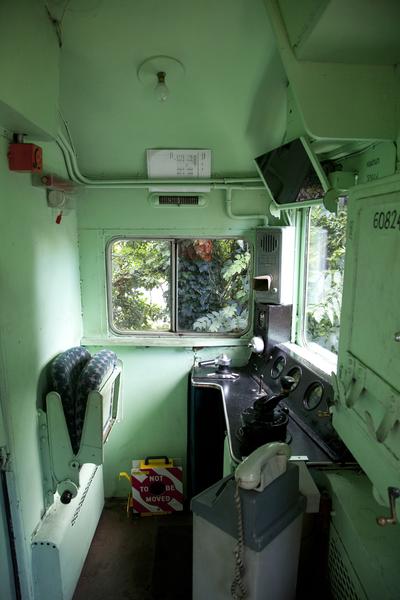 Views from the cab 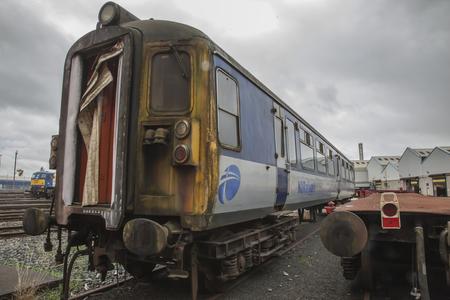 the interiors vary differently between the two units.

The NIR units have a spacey airy interior with 3+2 seating the southern Units however even though they have the 3+2 seating feels very cramped and a little bit claustrophobic.

The Southern vehicles have a toilet in the middle of the trailer car so it is broken up into two separate compartments where as the NIR vehicles have a full open interior .

Another thing what gives the NIR units  a more open feeling is the luggage racks.

it can really be seen how things have moved on in the 20 years between the units.

The bottom left is a Hastings unit with the big brass power handle and generally a little bit cramped.

The NIR unit however feels less cramped even thought theres a little more equipment, but from a drivers point of view the power and brake handles are switched round