I also found these on an Egyptian Railway Facebook Group, it is of Sidi Gaber Station in Alexandria in 1958, by this point these units had a longitudinal stripe down the side meeting at a V on the front. 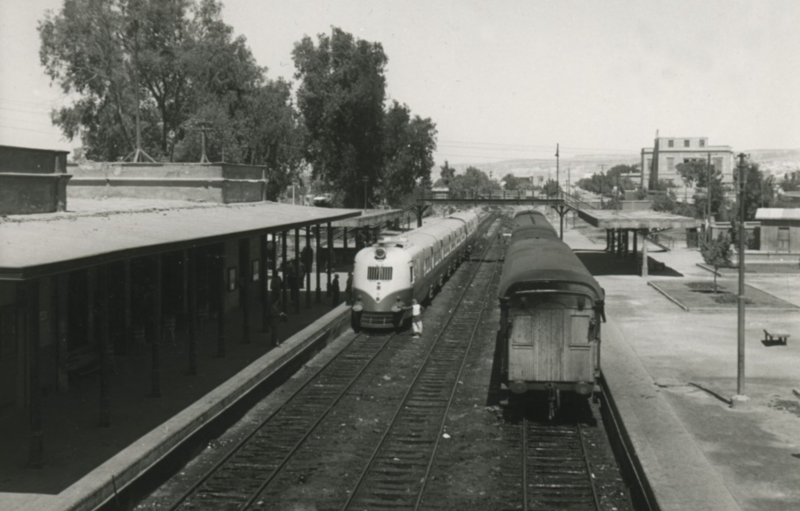 I hope your as fascinated as I was when I discovered this forgotten piece of Thumper history.​​

Some of the dignitaries on board for this test run 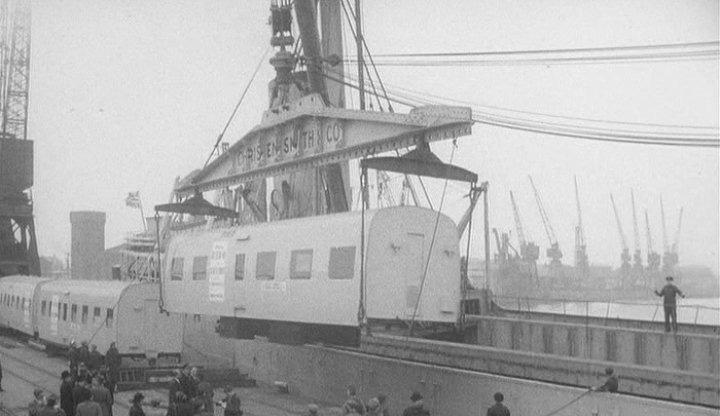 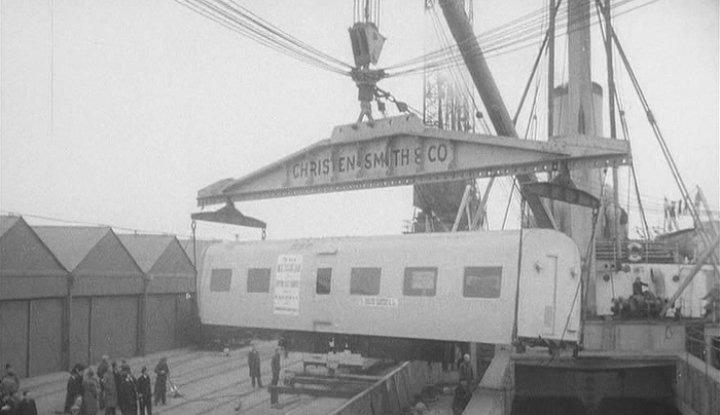 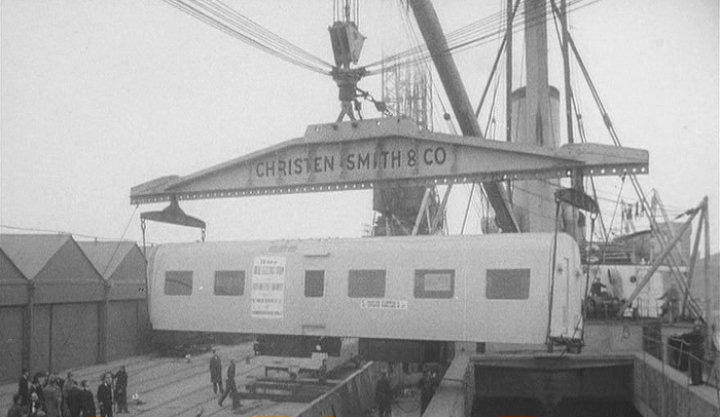 This is one of the express units as the windows are one piece sealed units where the unit at the top of the page has opening windows. 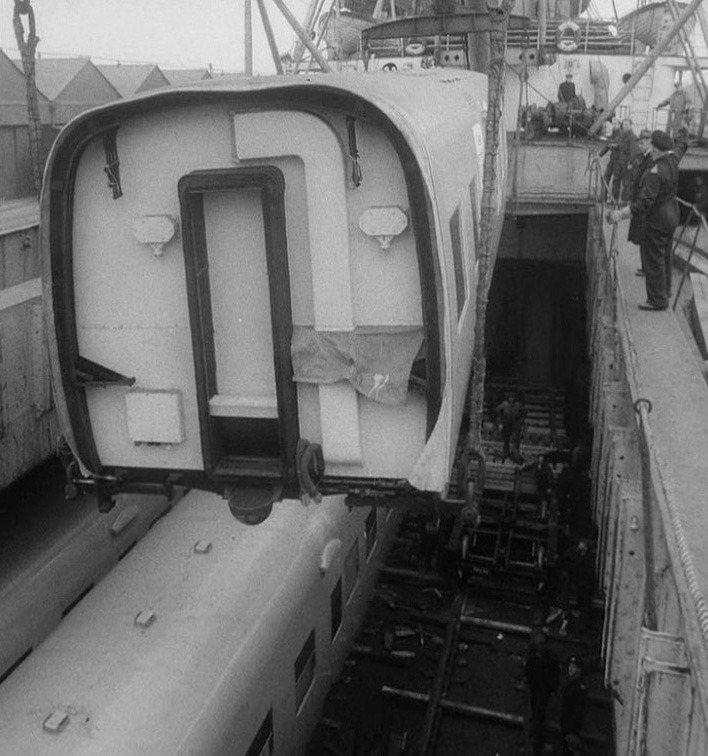 A coach being lowered into the hold. As Pathe had panned down for this shot I used photo merging to get a nice big shot of the coach and ships hold.

Also note something has been dropped on the edge of the coach roof just above the corridor connection.

Line drawings showing the general arrangement of the units, 3 car at the top and 5 car below

Links for PDF's of these images are below 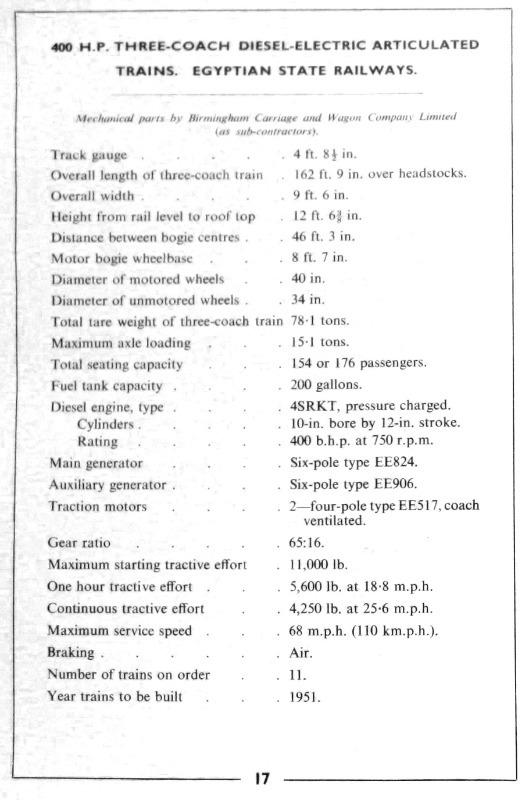 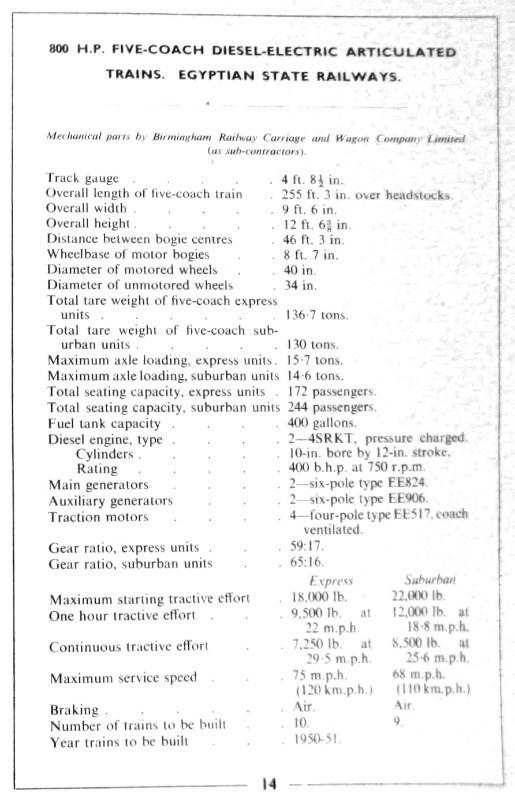 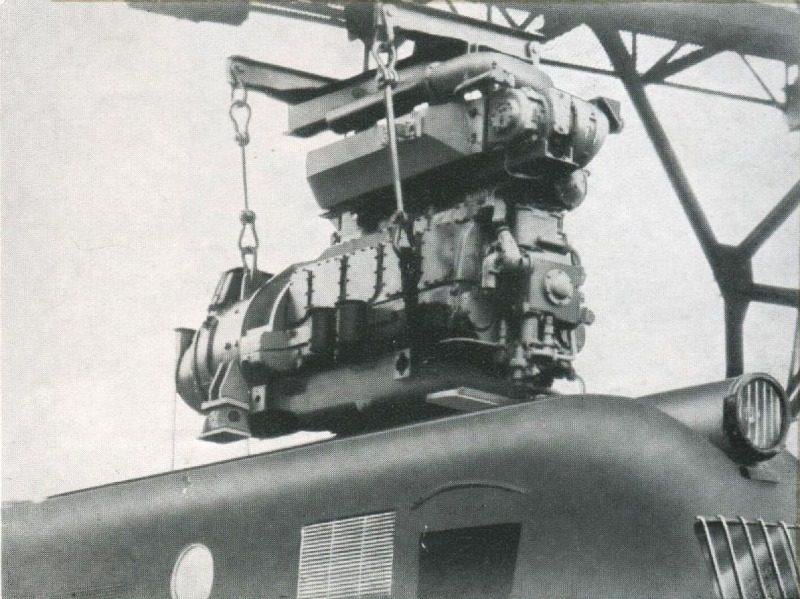 There was a brief look inside the cab, I would love to know what these switches are for. 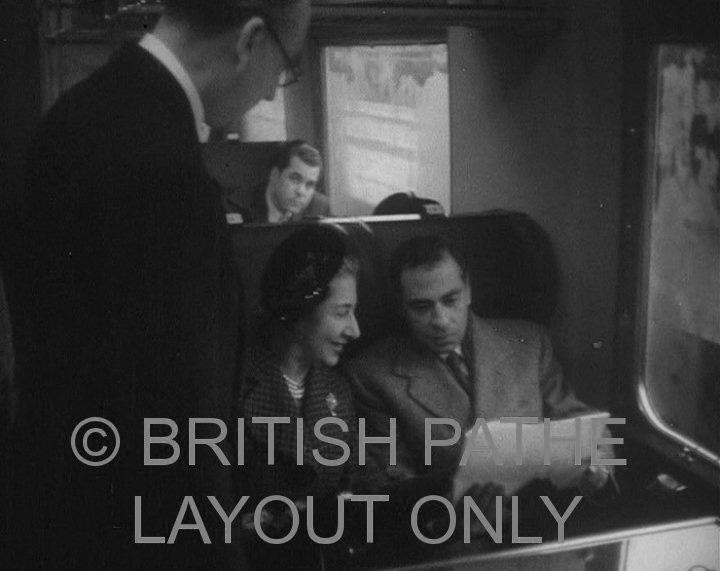 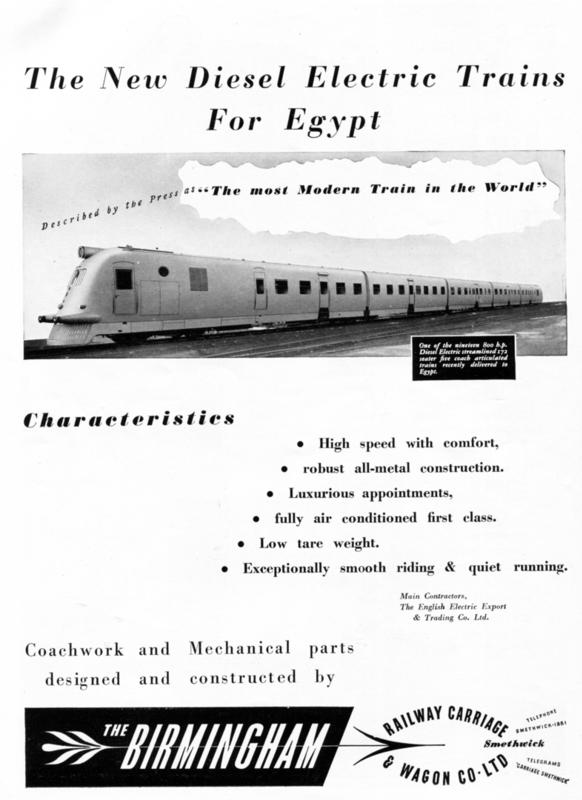 A trade advert this time from the BRCW showing a 5 car unit, note the date for this advert is June 1953.Alongside is one from English Electric

Below is an ad from another manufacturer involved with the build, this time Timken the people who made roller bearings

If I were to ask you what was the first thumper to be built you would say Hastings unit 1001 in 1957,which is what I would have said until I stumbled upon this bit of information.

In 1950 the English Electric company had a contract for the Egyptian State Railways for a number of multiple units, the bodyshell and other coach work was built by the Birmingham Wagon Carriage and Wagon Co.Ltd.

Ten 5 coach trains were built for the high speed service Between Alexandria and Cairo, and there were also Nine similar units built for suburban use.

We have managed to assemble all our information into three separate categories the first is from publication by English Electric, the second is from a Pathe Newsreel and the Third is the units in Egypt. 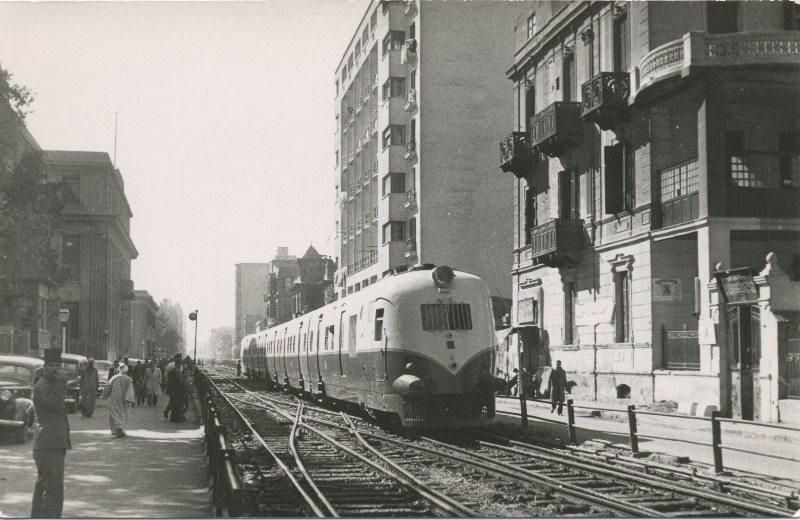 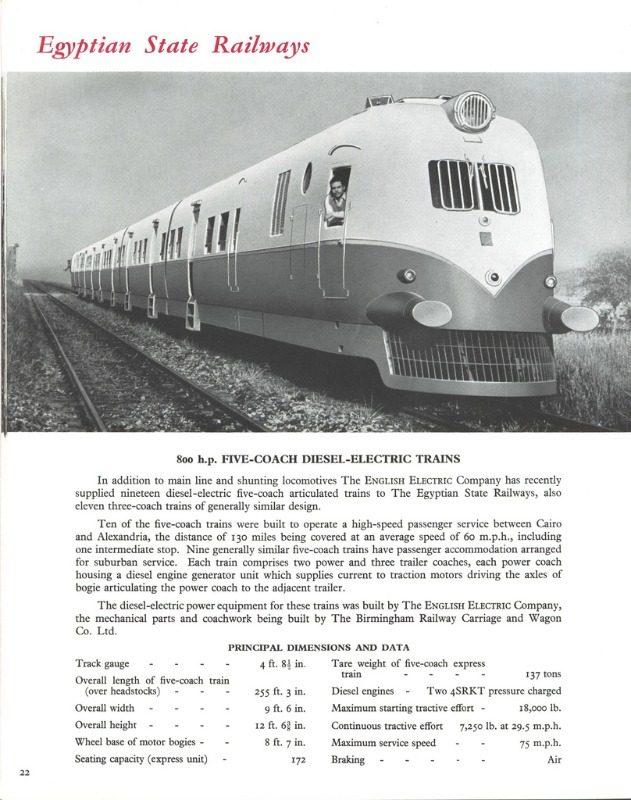 This is the page I stumbled upon from an English Electric trade brochure showing one of the units.

Looking at the windows I think this may be one of the suburban units and the express units boasted air conditioning. 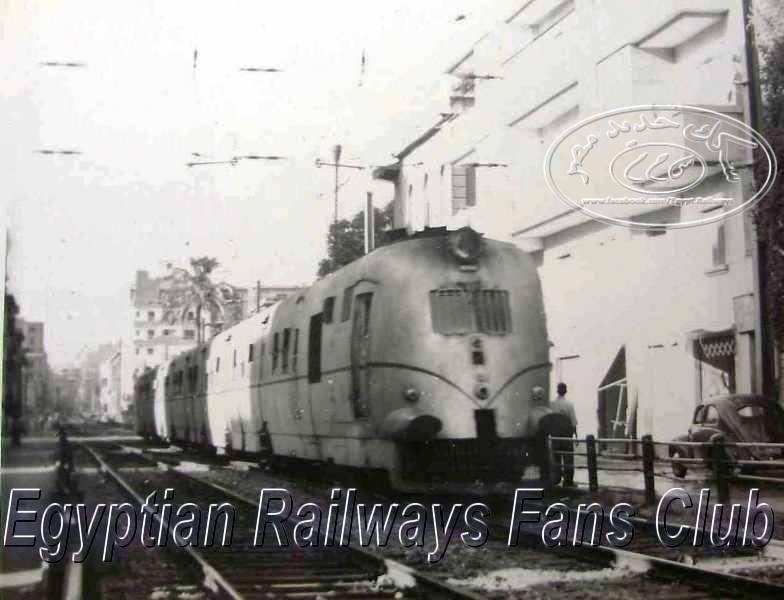 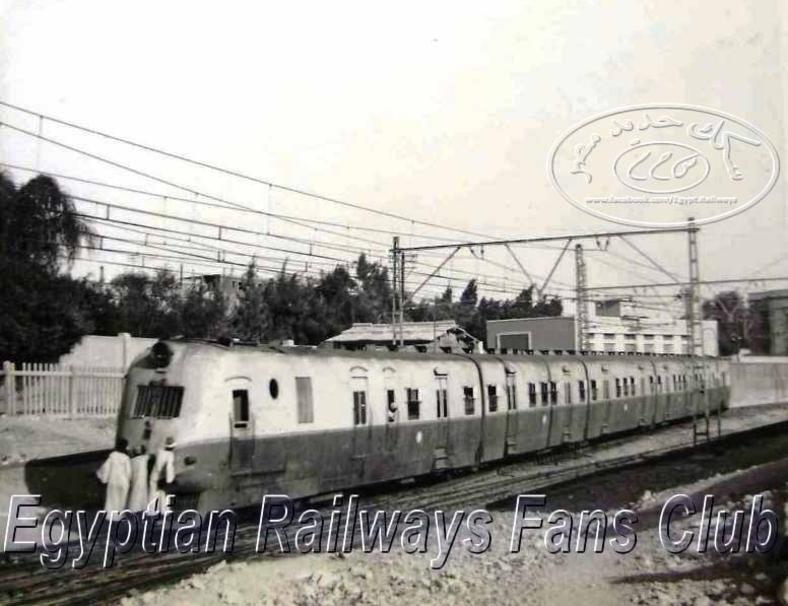 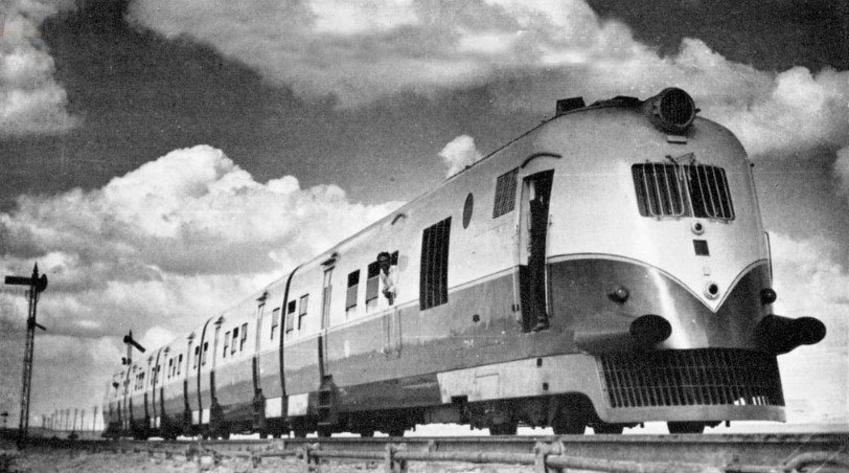 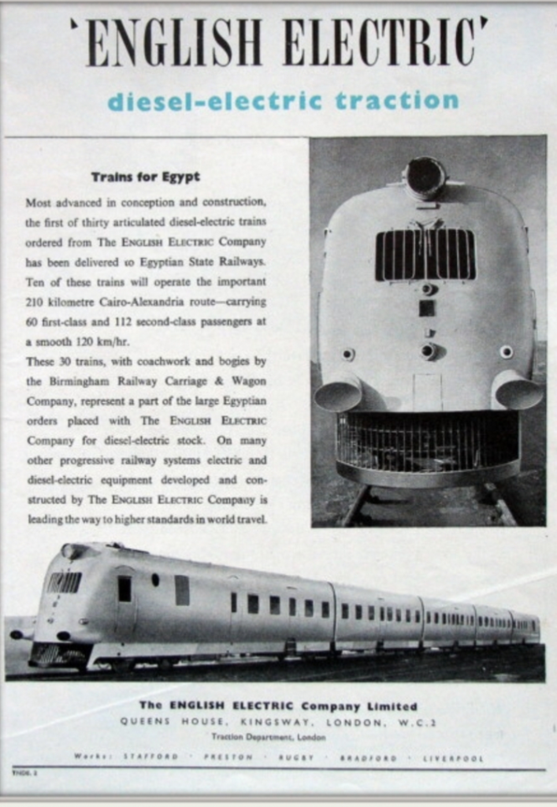 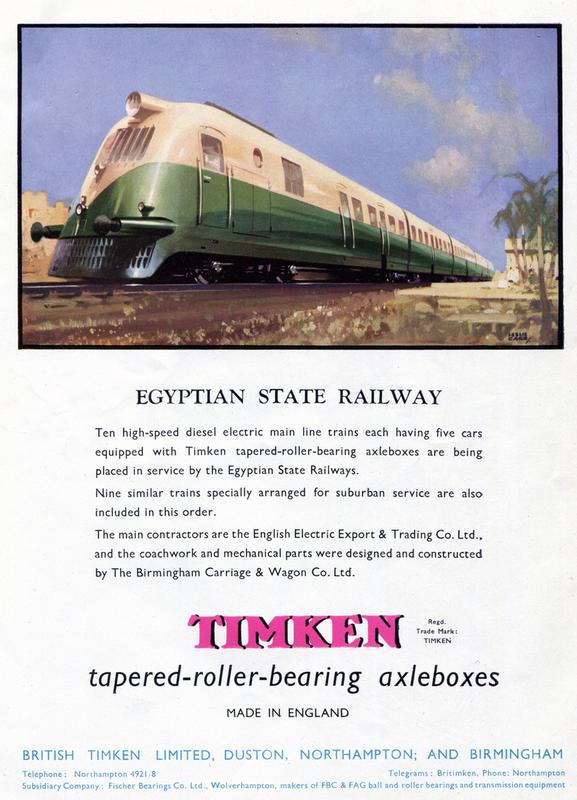 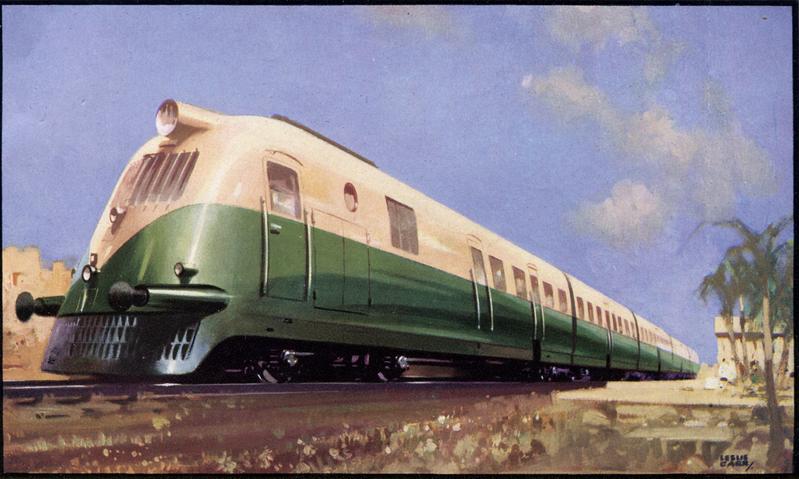 From a quick panning shot which lasted about 3 seconds I managed to take a number of screenshots and stick them together.

In this shot the unit closest is a 4 car unit with a driving trailer leading with another 2 units in the background. 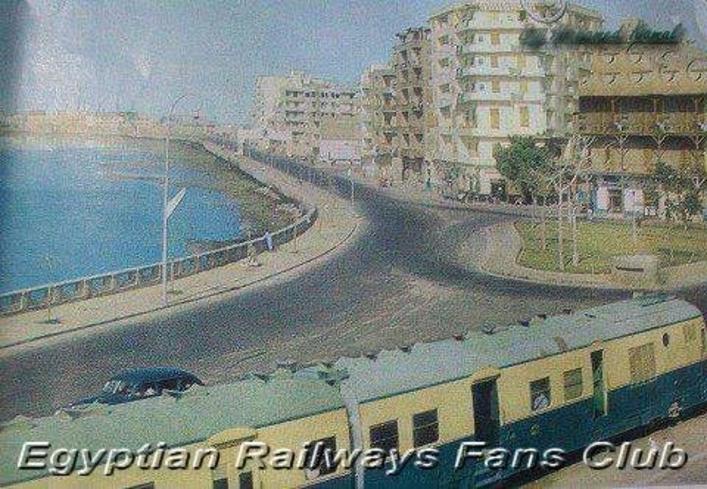 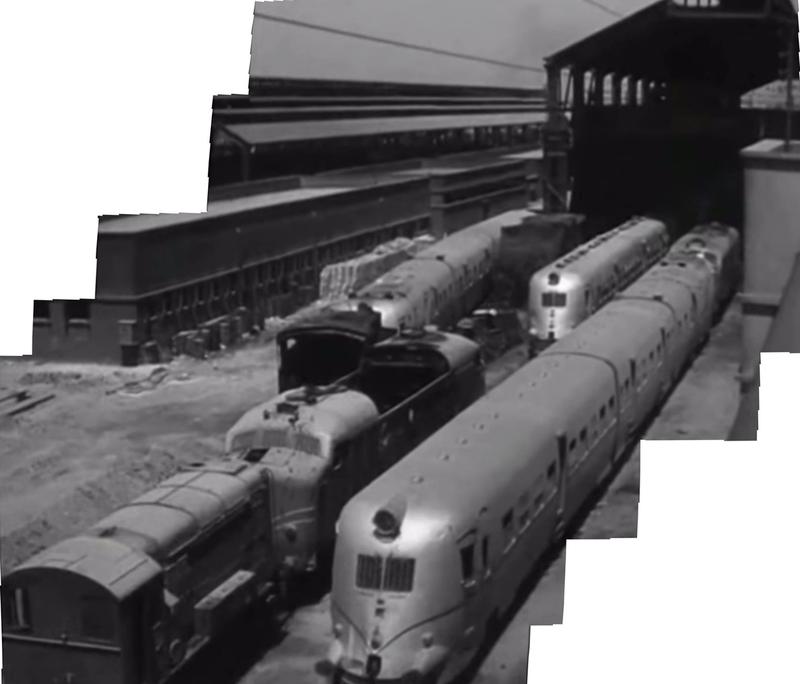 The final shot with the coach almost down and all the dignitaries looking on.

In use in Egypt 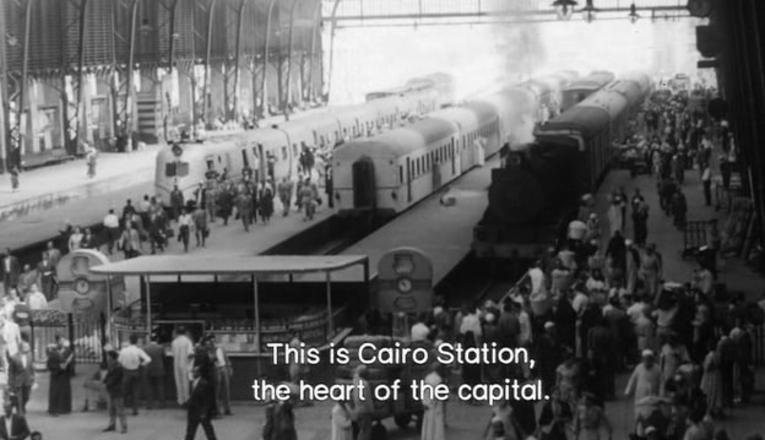 There is a bit about it on the IMDB website 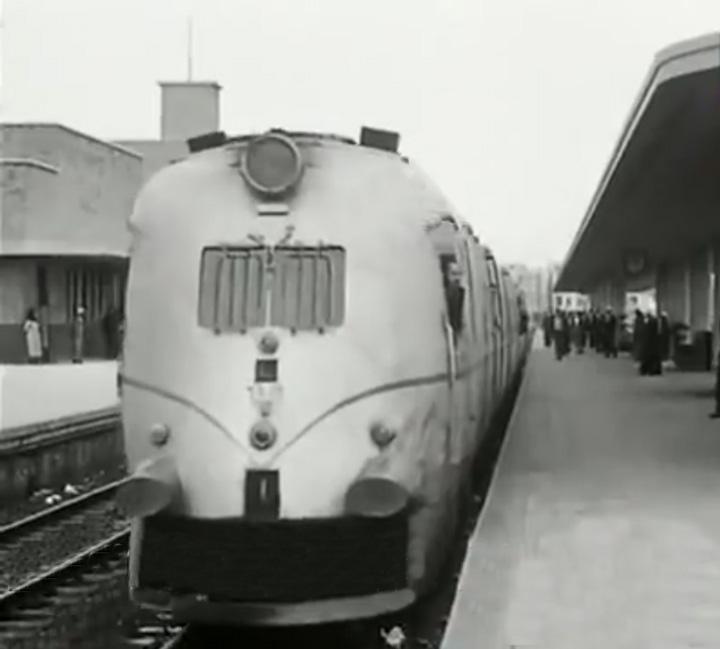 Here is another one of English Electric's images, this one shows the 4 SRKT being lowered in. Notice the engine has been turned 180 degrees from what it normally is in UK Thumpers and the exhaust setup is totally different.

After doing some more digging I found a newsreel from Pathe which shows an Express unit being tested on the Midland Main Line in 1951, to see it click here or on any of the photos below.

The film is a review of English Electrics work for 1950-51, the feature starts off with a piece about a Canberra Bomber before concentrating on the Thumper.

If you want to bypass the aircraft scroll through to 03:05

One nice thing which Pathe do is provide a large amount of stills for each newsreel, here is a number of them, 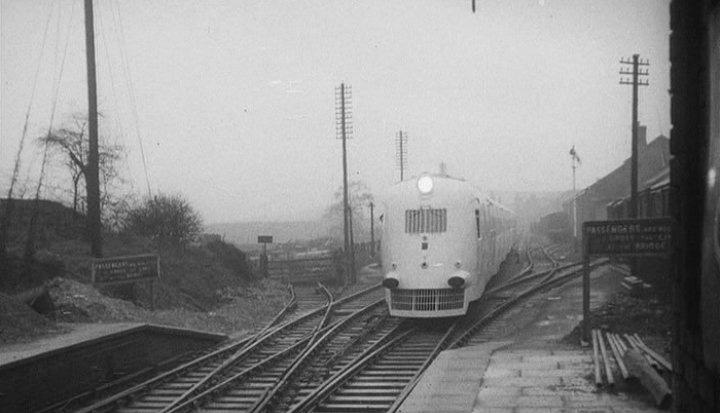 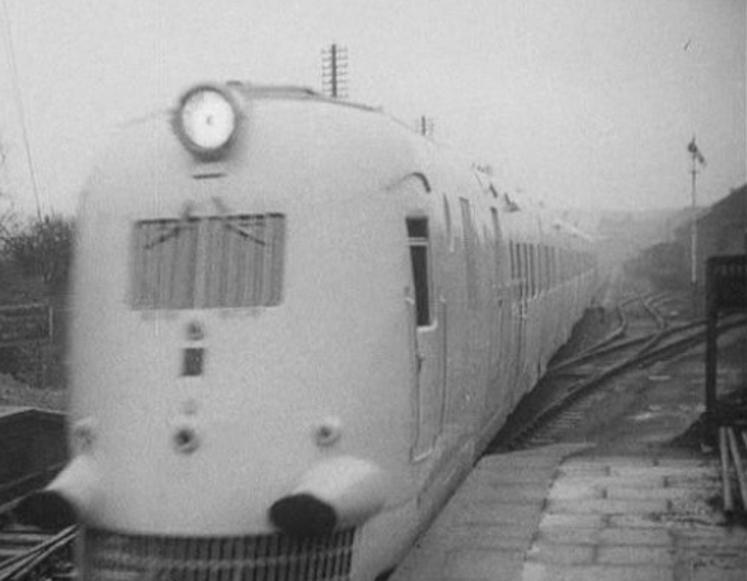 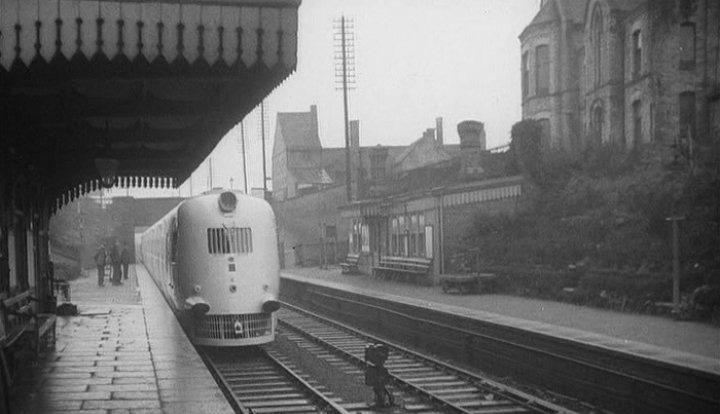 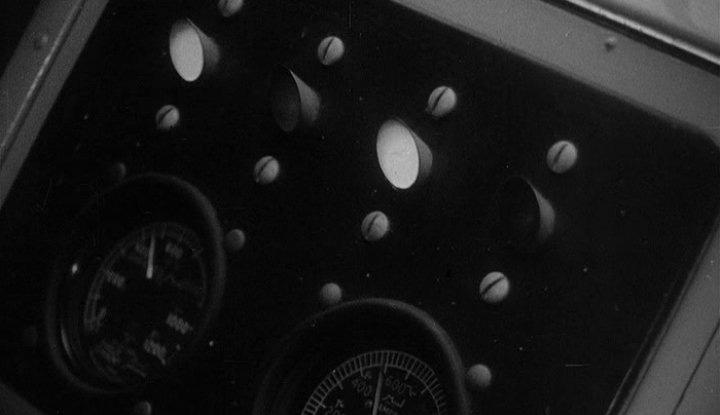 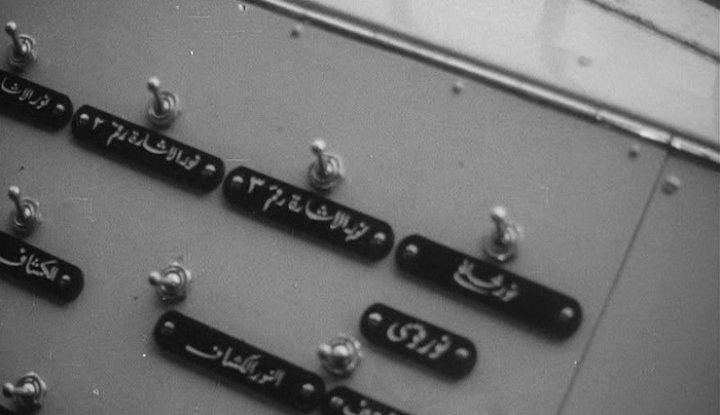 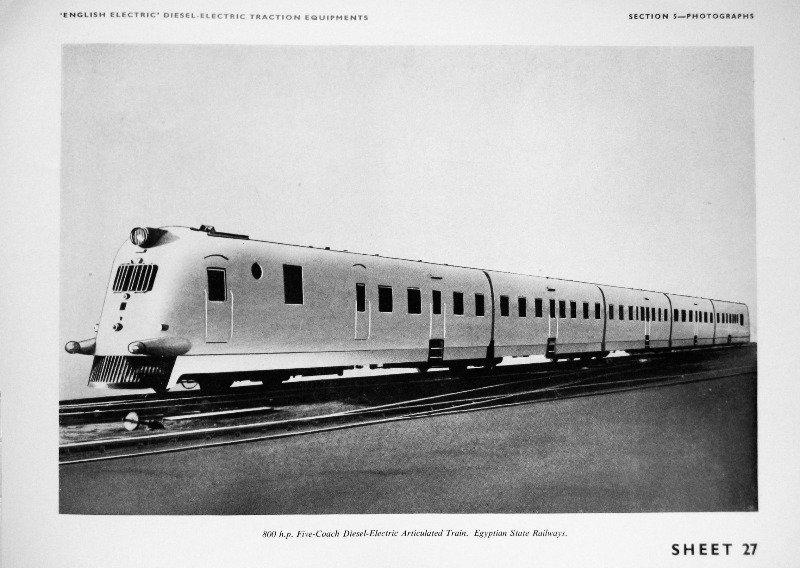 A heavily airbrushed image of a 5 car unit, looking at it the artist seems to have taken a an image of a 3 car suburban unit and modified it to resemble a 5 car unit 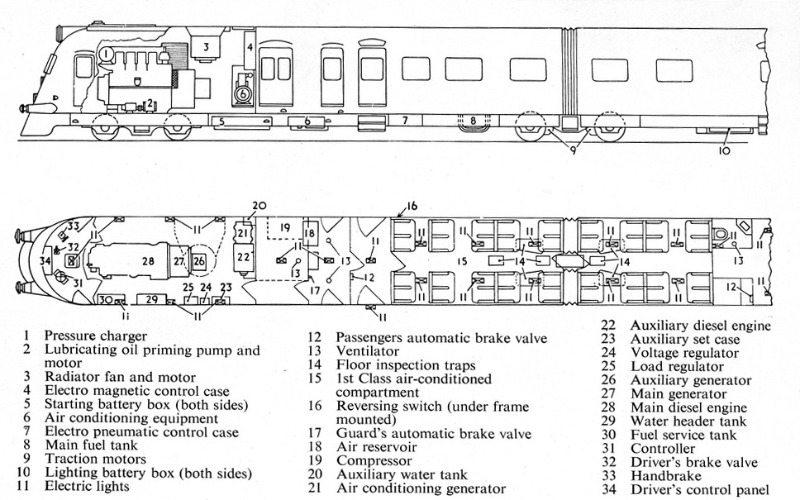 A general layout of the motor car, note the the vehicles are articulated which is a unique feature for thumpers.

In this diagram the 4SRKT engine can be seen which combined with a multiple unit makes it a 'Thumper'.

We have been lucky enough to get another couple of shots of these units which were taken somewhere in Egypt in 1955.

The top one is the express type which is in an all over silver livery and the lower shot is the suburban type. These were 5 car units and had opening windows as they were not air conditioned,

Below is an image albeit poor but it is the only colour shot I have seen of them, from this you get an idea of the livery which was cream and blue

Thanks to our Egyptian contact Ferro Fox for the images