Into the 80's with the advent of Large Logo Blue, the logo is broken into pieces just like on the Class 73's which inspired this livery 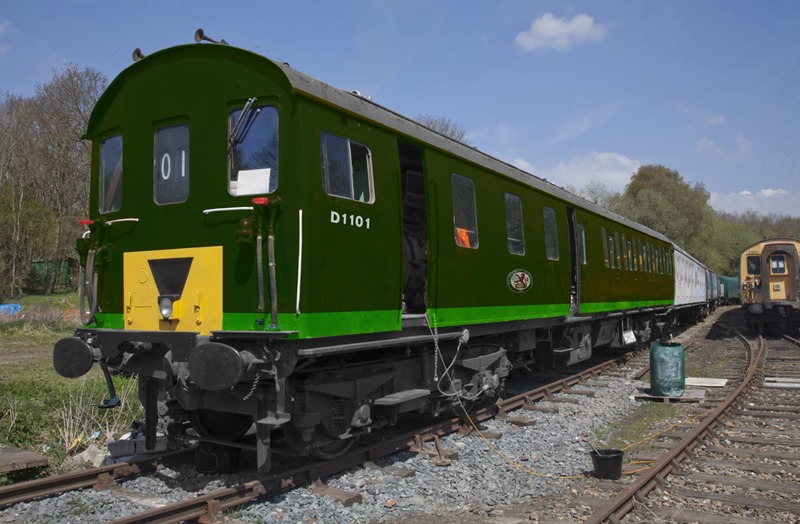 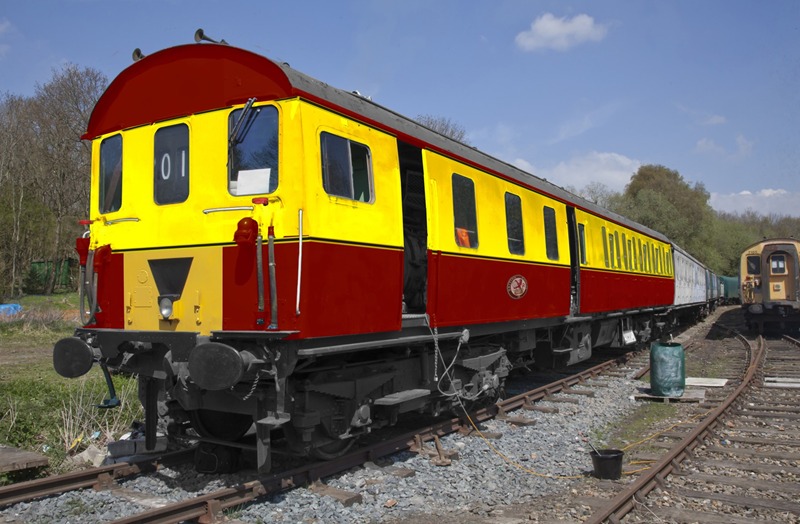 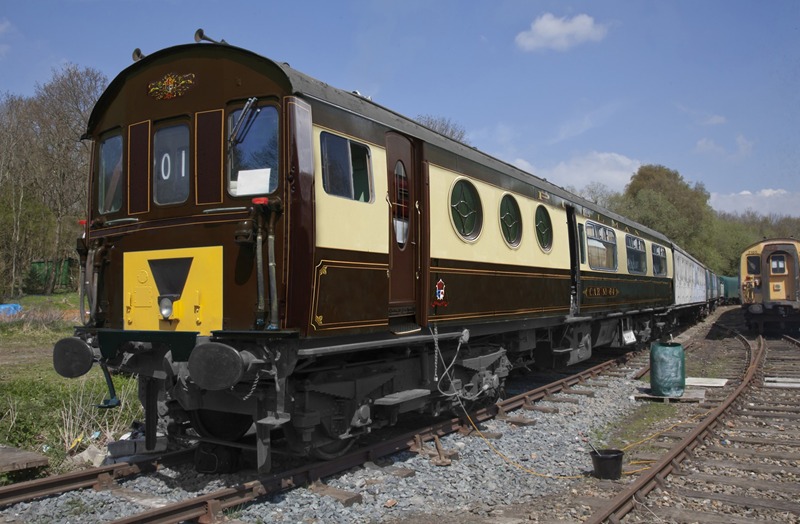 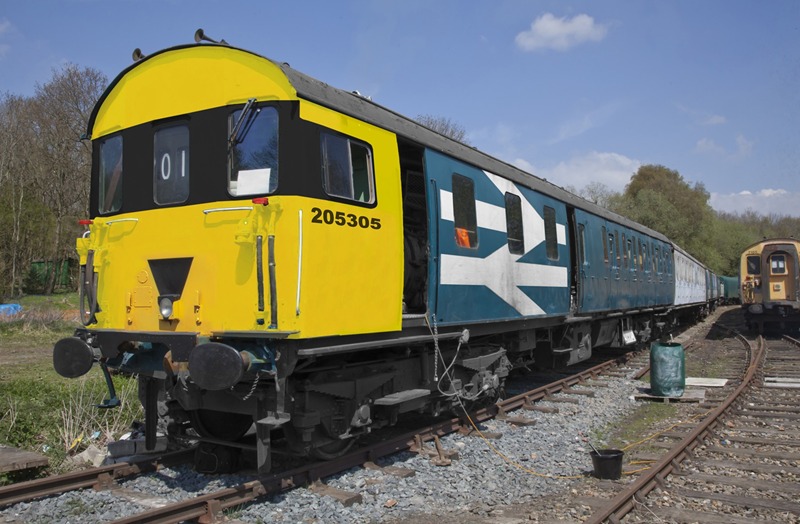 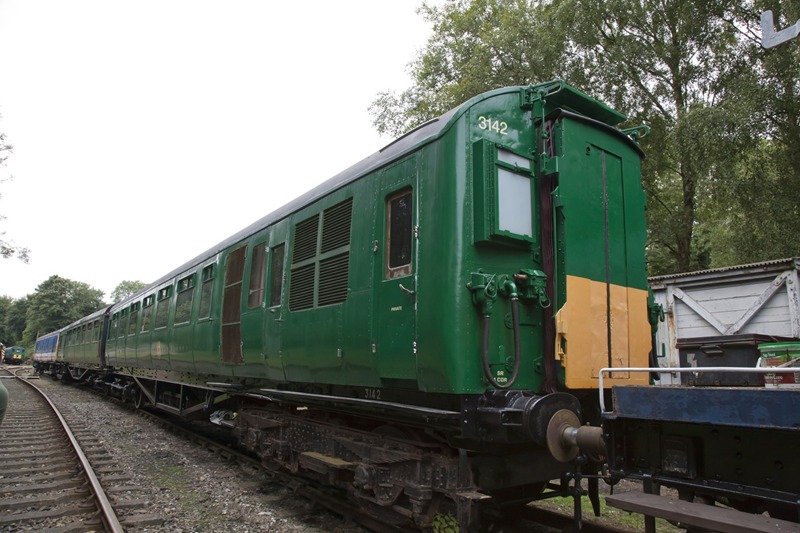 Earlier we mentioned the Northern Ireland 70 Class which was converted from coaching stock, well what if BR(S) decided to dieselise some electric stock for routes such as Weymouth. well here is exactly whats happened with a 4 Cor with a massive engine fitted 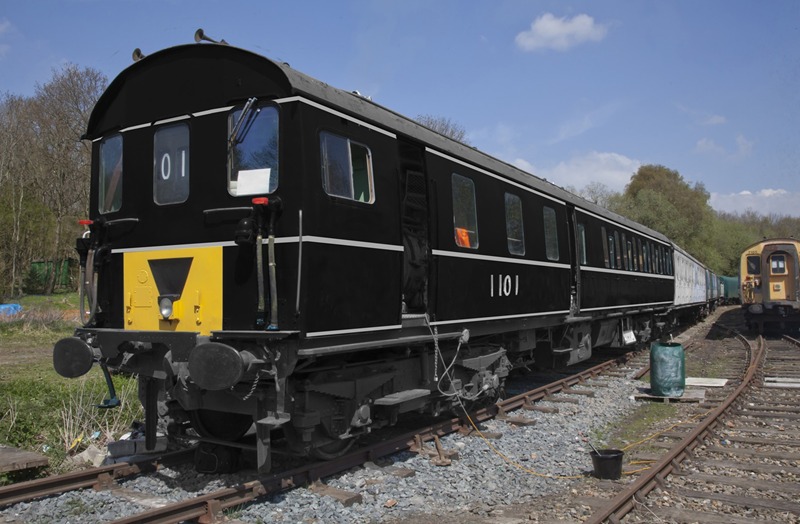 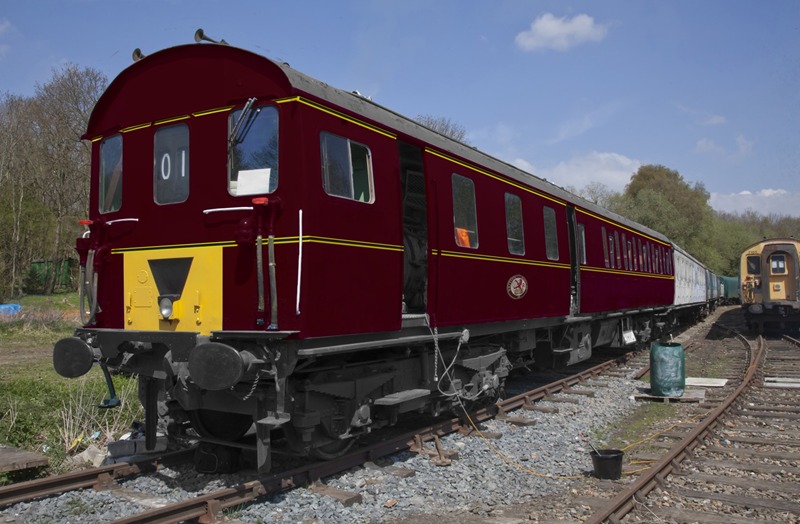 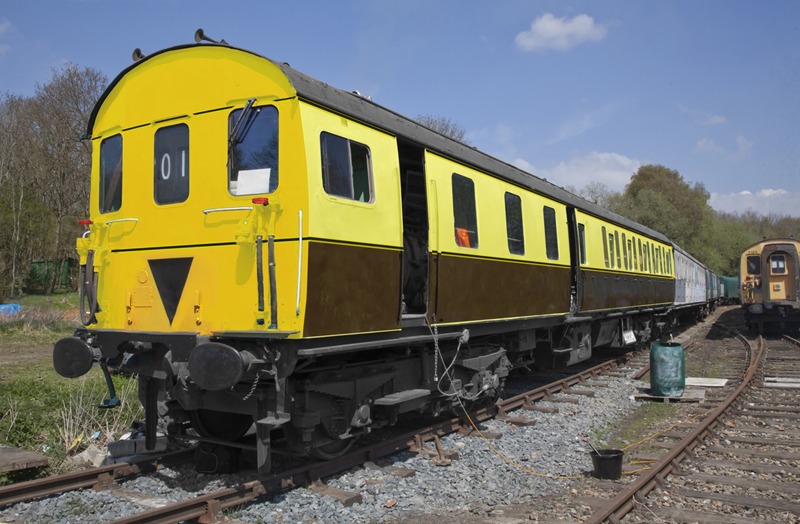 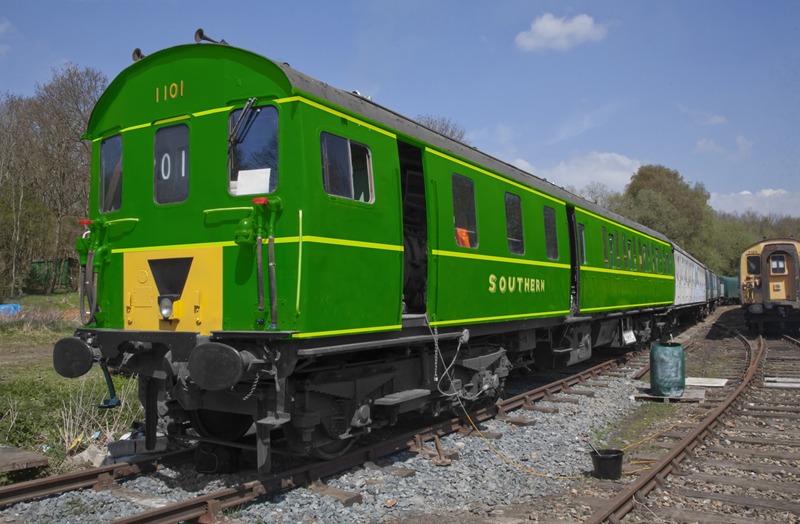 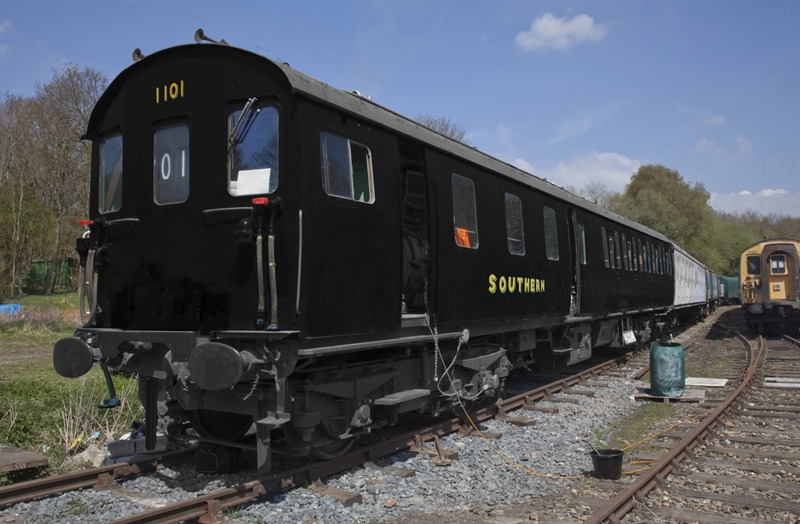 As a bit of fun on the facebook group, I have completed a number of photoshopped images on 1101 showing what the Thumpers could have looked like if they were painted in other liveries which were used on the Railways. 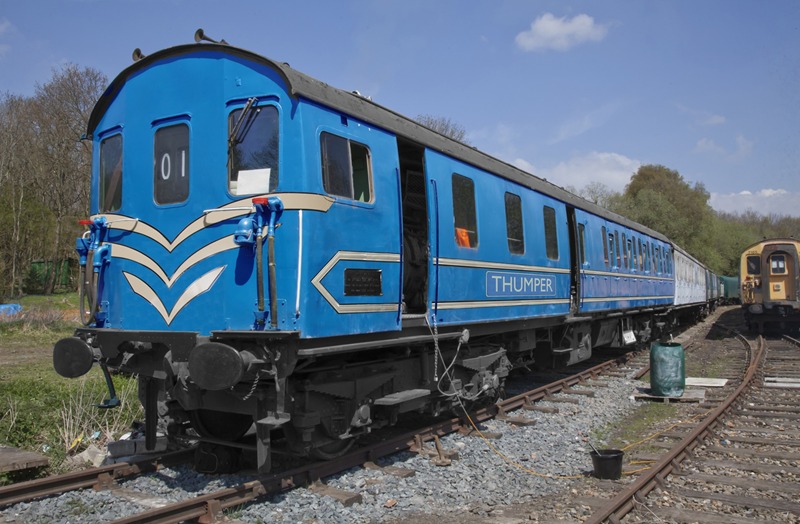 Another possibility could have been the standard coaching stock Maroon. 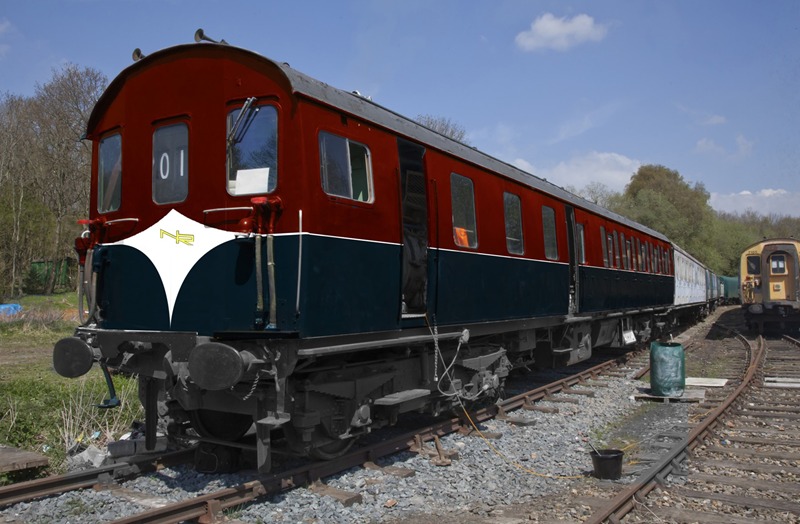 What if there was a need for more Thumpers in the 70's.

And one in Wartime Black 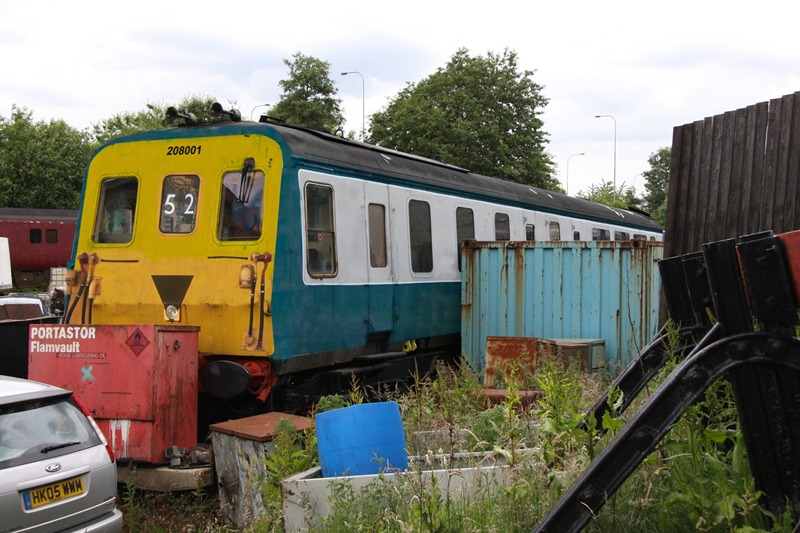