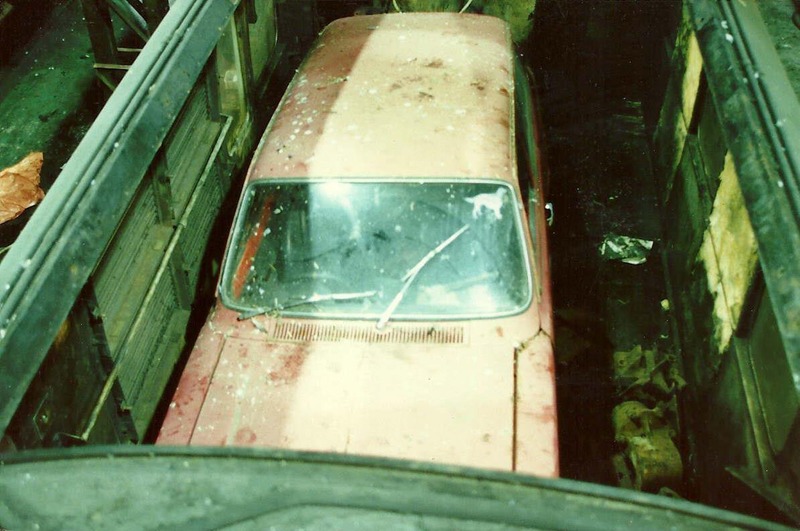 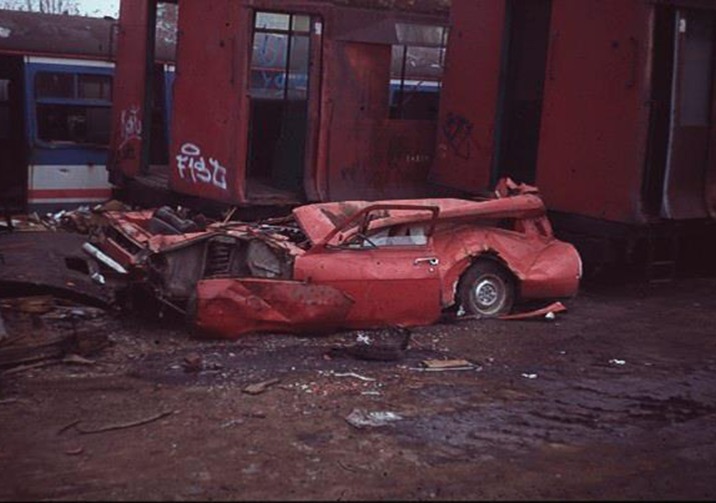 The end result at Vic Berrys

Ok well the story is this.... We were told that a 3H power car was coming to SE (St Leonards) and we could trip whatever we wanted...what they didn't mean was remove the entire engine with the crane we had got working again. seemed like a great plan except that when the engine came out the front end of the MC lifts over a foot and goes out of gauge....so we threw in as much pig iron as we could find and the faithful old spares carrier Ford Escort.....all seemed great off the MC went for scrap...sweeet...or so we thought. It got stopped at Sevenoaks and put in the siding by the tunnel, whilst there Selhurst needed a part off the engine for another DEMU, so a ex SE fitter was despatched by car one evening to remove said part....picture the scene when he climbs onto the MC opens the engine room door and shines his torch in !! Then to compound it he has to call his boss at Selhurst to explain there is Ford Escort in the DEMU and no engine !! (immediate drug test is ordered) In disbelief he checks the engine room again and confirms to his boss it really is a Ford Escort. First reports come ringing down to us about doing a naughty thing...all well and good and she carries on up to Vic Berry in Leicester. However when Mr Berry finds a Ford Escort instead of a 4SRKT he figures its somewhat less in copper content than he paid for....he was mad as hell.....so a few weeks later we get a long parcel in the mail and on opening it its the crushed front grille from the Escort and a message ' dont ever do this to us again' Vic Berry....Happy days