We have written an article about this film on this site and to see it, click Here

Another shot from the newsreel is this one of 1003 seen on a test run, possibly on the Andover line

Thumpers did once hit the silver screen in the 1966 film 'The Great St Trinians Train Robbery'.

Unit 1102 was used on the Longmoor Military Railway where it was the train used by the police to chase the criminals.

This is 1018 at Crowhurst in 1964 showing off an experimental livery where the yellow warning panel has been extended the full hight of the cab. Image supplied by Mike Pannell

1005 at Eastleigh in 1957, this looks like one of the official photographs taken prior to the launch of the units into service. 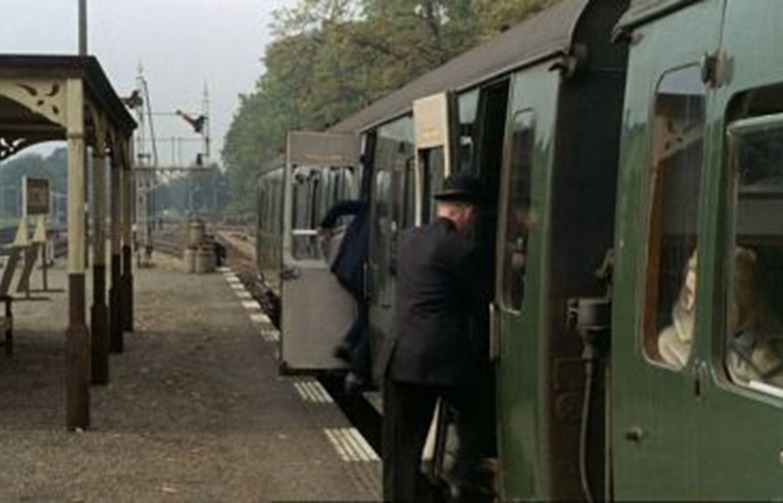 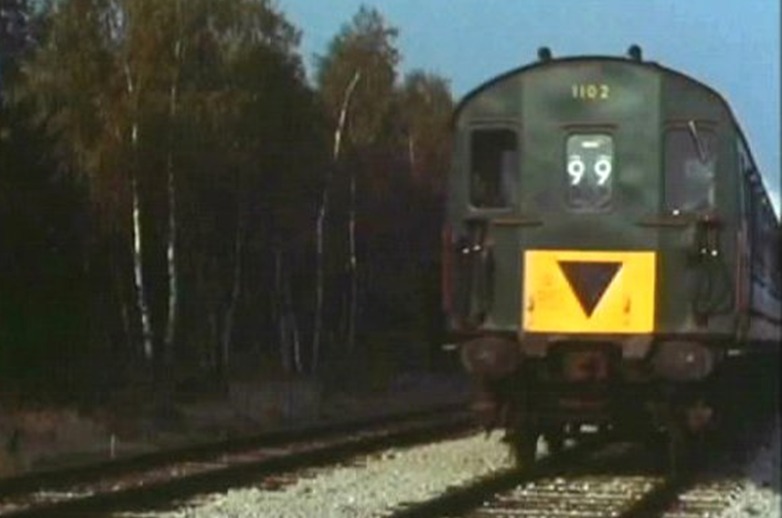 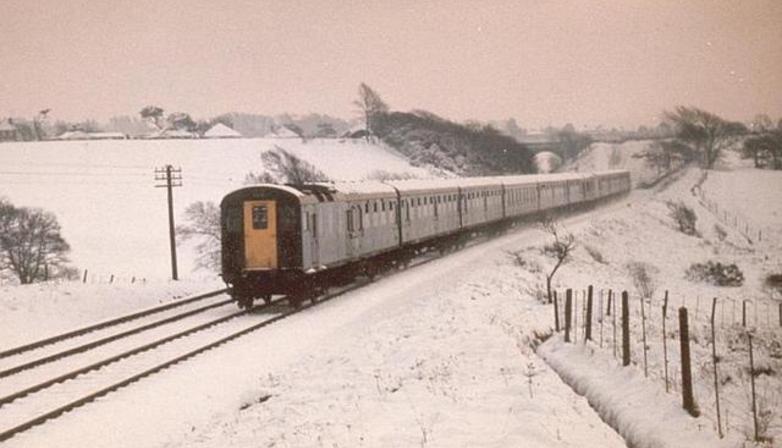 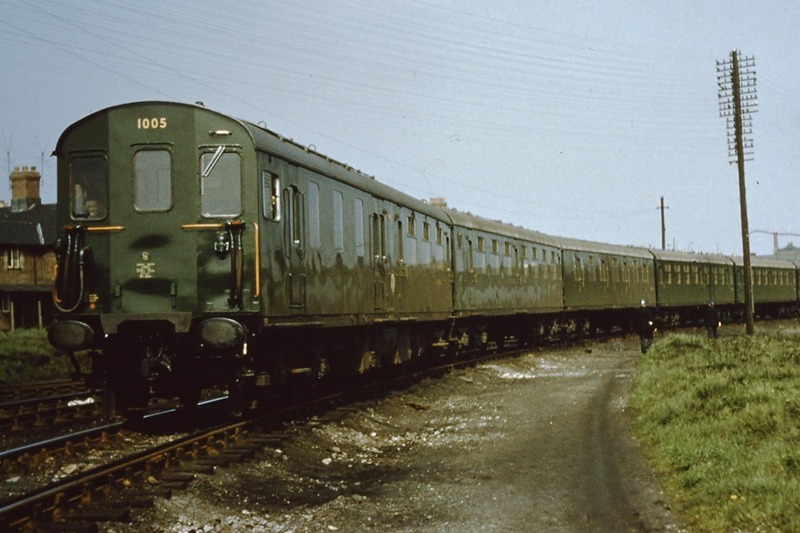 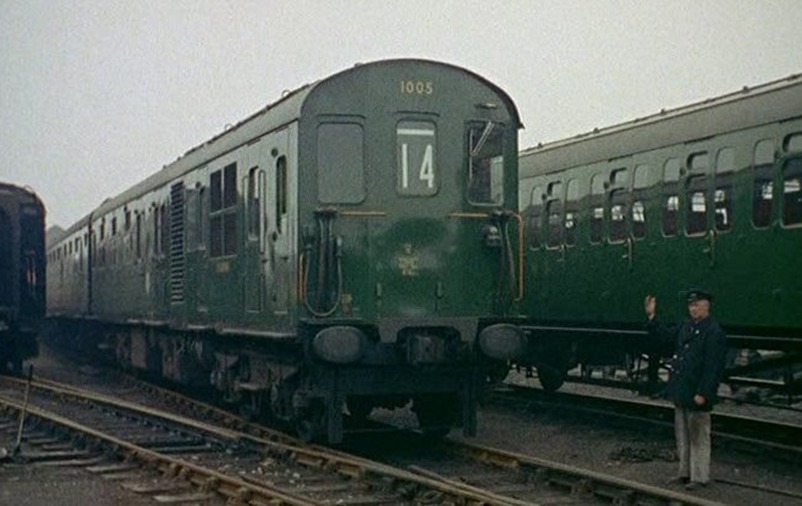 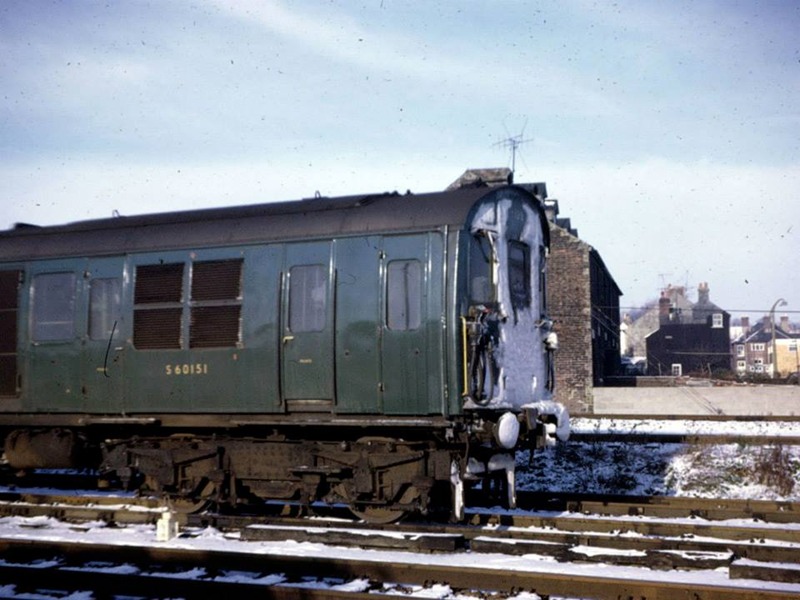 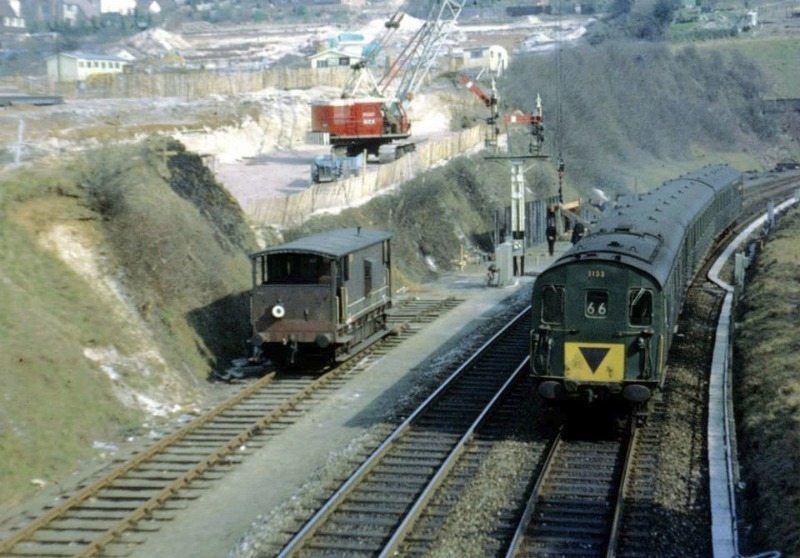 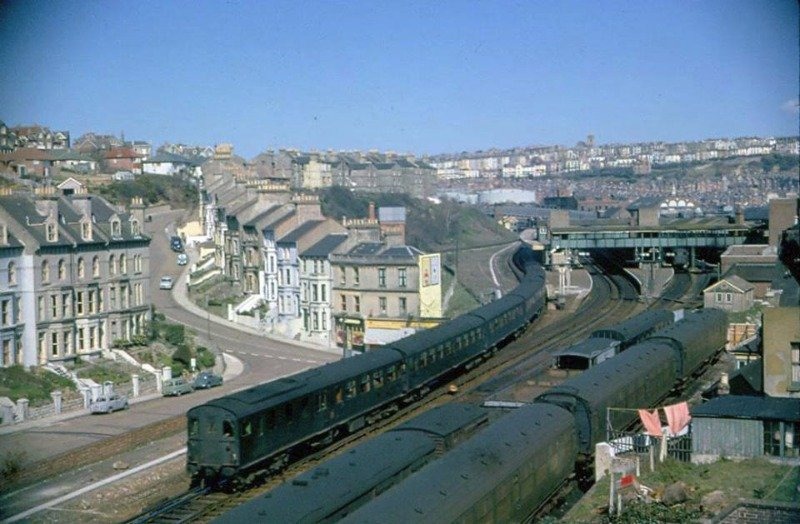 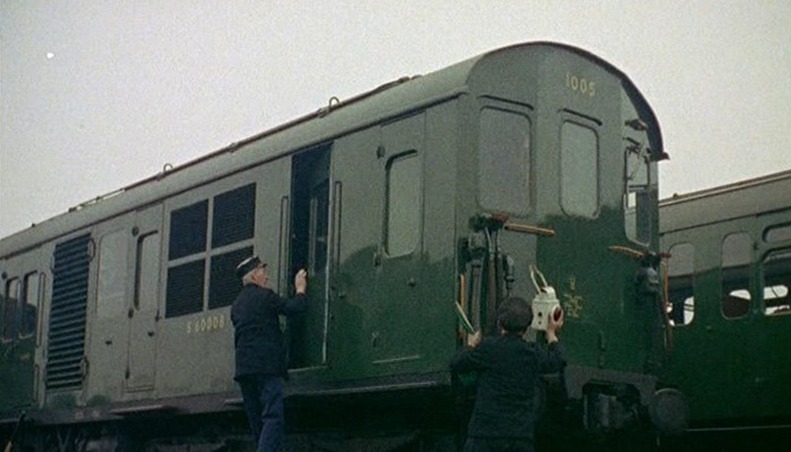 Have you noticed how you don't see many colour images of early thumpers? Back in the late 50's colour film was expensive and if people were to use colour film it would be on steam engines which was being taken out of use.

We have managed to acquire a growing set of colour images which we have put together here.

Here is this stunning shot of a 6L leaving Hastings on a london bound service from the late 50's/early 60's.

the unit had been in service for a few years at this point judging by the amalgamation of dirt on the body side but at this point this unit and the one in the station hadn't received the yellow warning panels.

Here are two images from the collection of Mike Pannell. It shoes 6B 1036 entering Crowhurst in the early 60's, alongside is 2H 1121 the driving trailer of which is now on the Lavender Line. 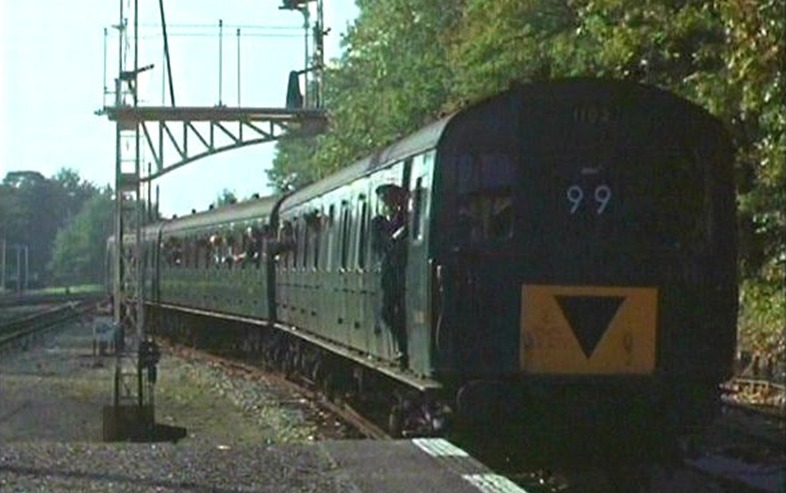 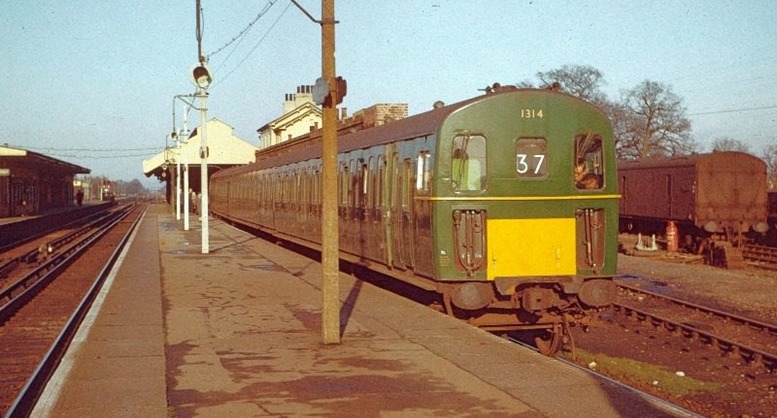 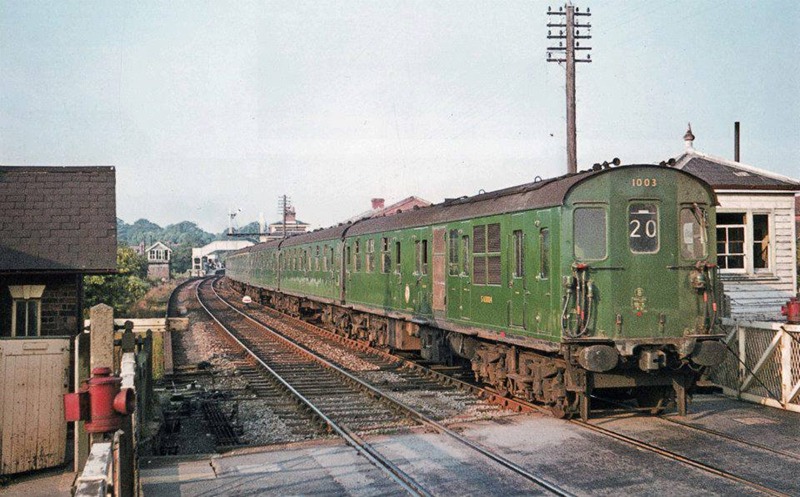 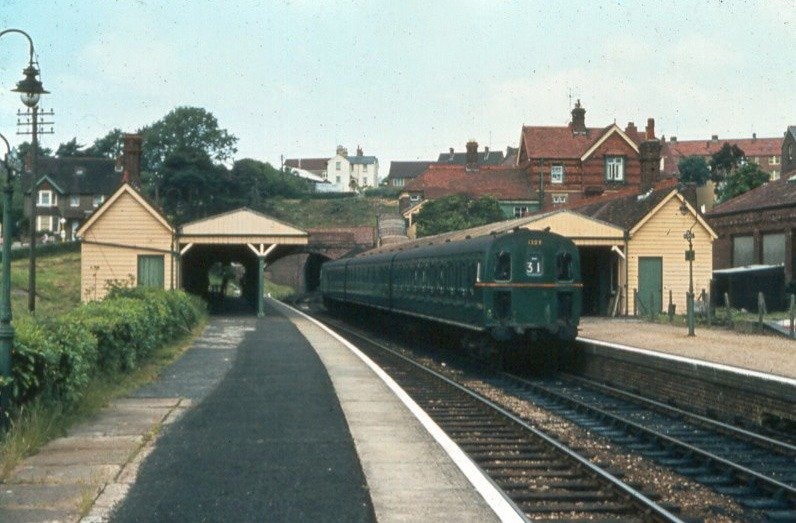 These two images are from a Pathe newsreeel called "Trains old and new" which was made in 1957. Here you see unit 1005 being prepped at Eastligh and moving from the works on a test run