All the wooden paneling was replaced by plastic and the ceiling was lowered. Brand new seating was added with the luggage racks mounted above the windows instead of the seats.

Also another radical modification was the addition of corridor connections between the cars enabling people to walk through the train, the first time in a thumper since the Hastings units.

Part Two is about the preserved vehicles, for more information click here

Taken in the 3D trailer, the door to the first class corridor can clearly be seen on this shot.

The first's were upholstered with the black/grey check and as the 3D's were a little narrower than normal, like the Hastings Units, the firsts were just three seats across instead of the usual four.

Looking down the first class corridor in a 207, the first compartment is on the left but just looking through the connecting door some of the Trojan can be glimpsed.

Andy had the foresight to photograph everything. The 207's didn't have a kitchen sink - but he settled for the next best thing

in 1968 the British Rail corporate Blue was introduced. Nicknamed "Bournemouth Blue" on the Southern, it trickled down and was used on many of the 205's & 207's.

When the units were refurbished with the blue, the flooring was changed from grey to blue. This shot is of 60808 from 1109

Here is another shot of the well worn blue moquette of 60808. Another of the mid life refurbishment changes which happened at this time was the replacement of the lights, with tungsten bulbs replaced by strip lights and the end panels were covered in formica

When NSE came into being many of the units were reupholstered with a new variant of blue. All the units which ran into the 90's received such a revamp and the units preserved today had this seating material when withdrawn.

It's presumed that all DEMU's had the Trojan Moquette seating fabric from new and then the later corporate blue which was introduced in 1968.

This is not entirely true however, as some of the first 6S Hastings units had a red Moquette in standard class and green in first. Photographs of these are very rare but we have managed to track down a few

This is a saloon of a 6S in the red Moquette. Looking at the door it seems as if a mirror has been placed in the doorway to give the impression the entire vehicle has been fitted out the same.

Image from the Michael Pannell Collection

Image from the Michael Pannell Collection

Image thanks to Andy Grant

Heres a comparison to the top photo.This is the DMBS of 1007 not long before withdrawal in 1986. The end panels have had the ususal BR refurb by having white formica stuck over them, it also shows the standard Trojan Moquette which the Hastings Units had until withdrawn.

Another early modification which can easily be seen is the headboards on top of the seats. 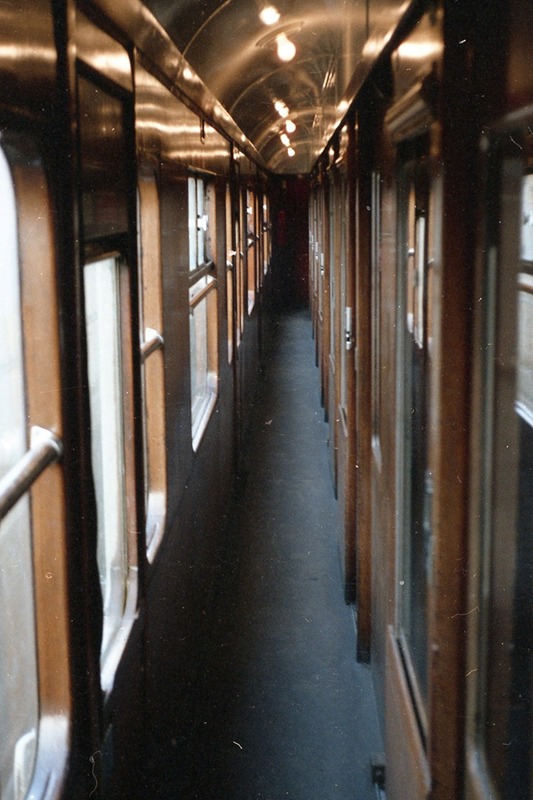 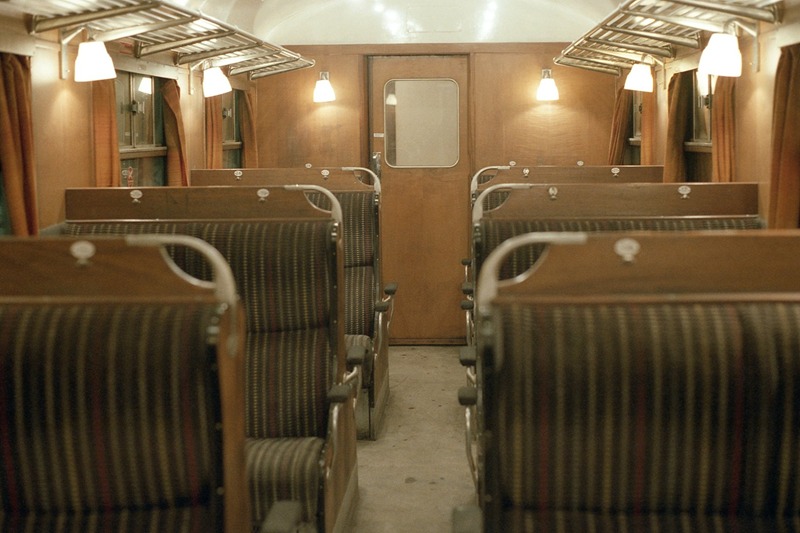 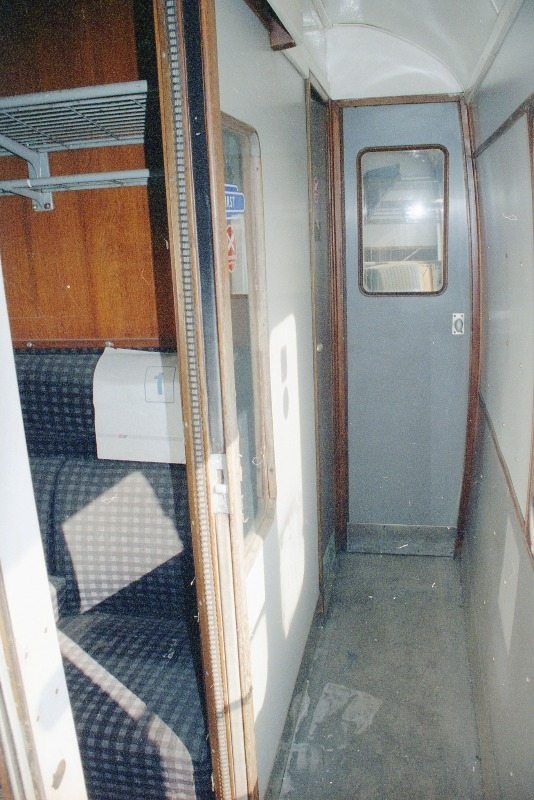 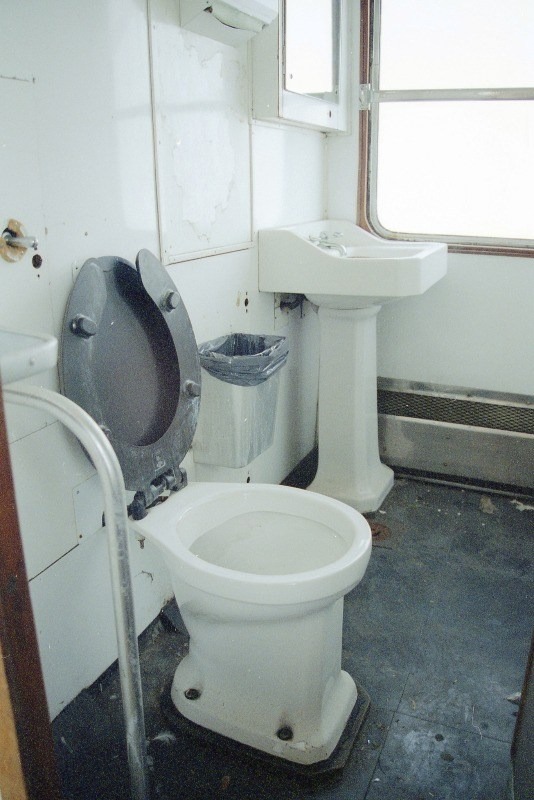 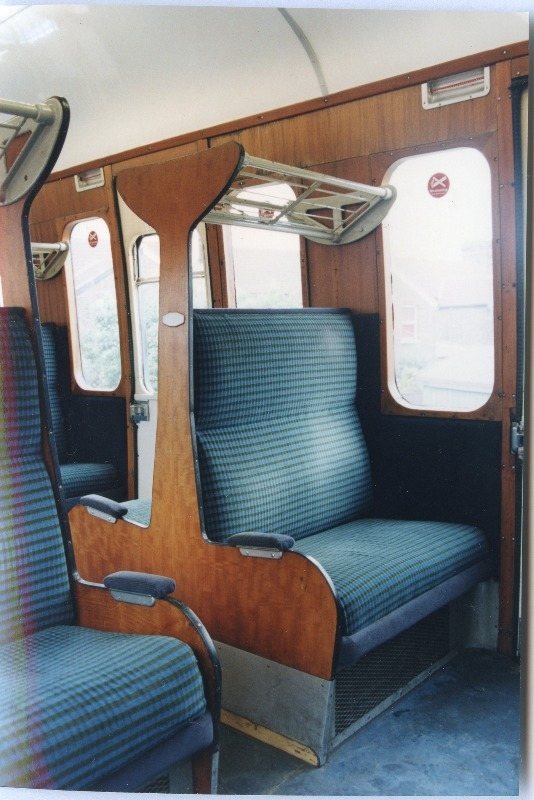 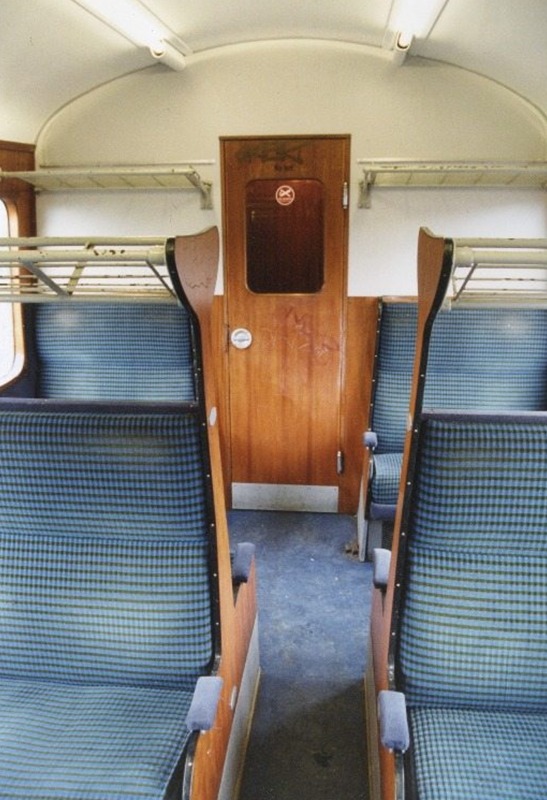 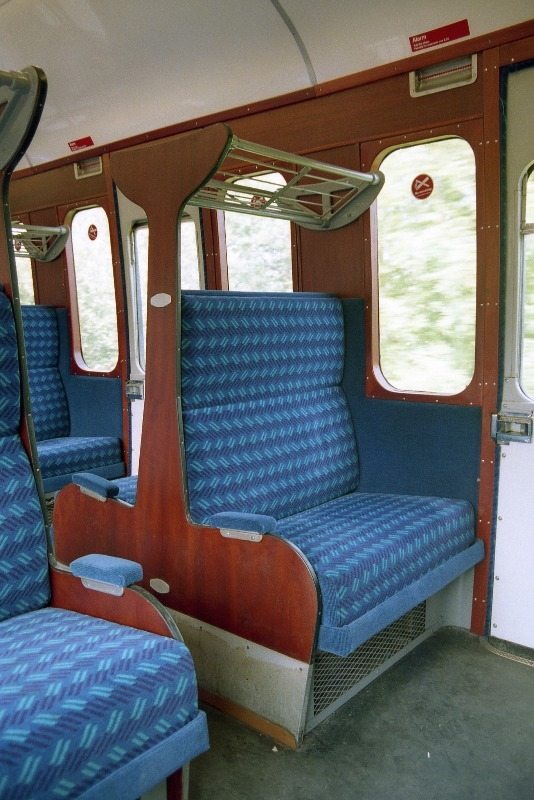 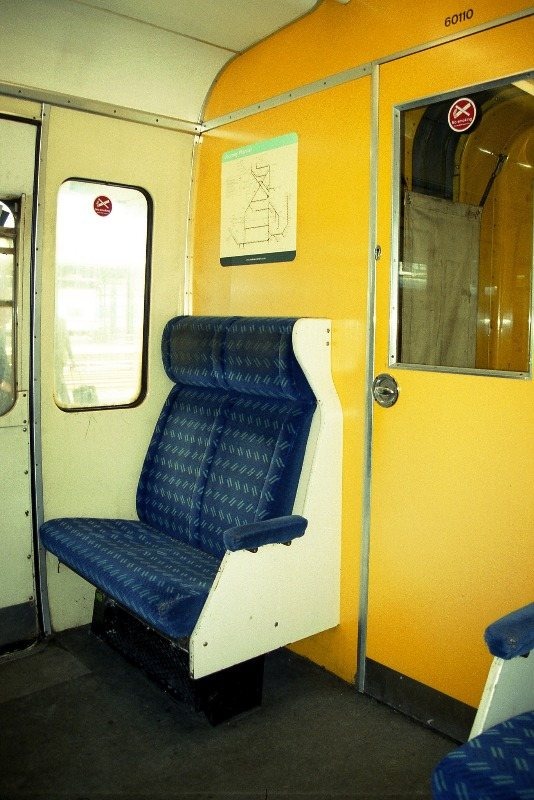 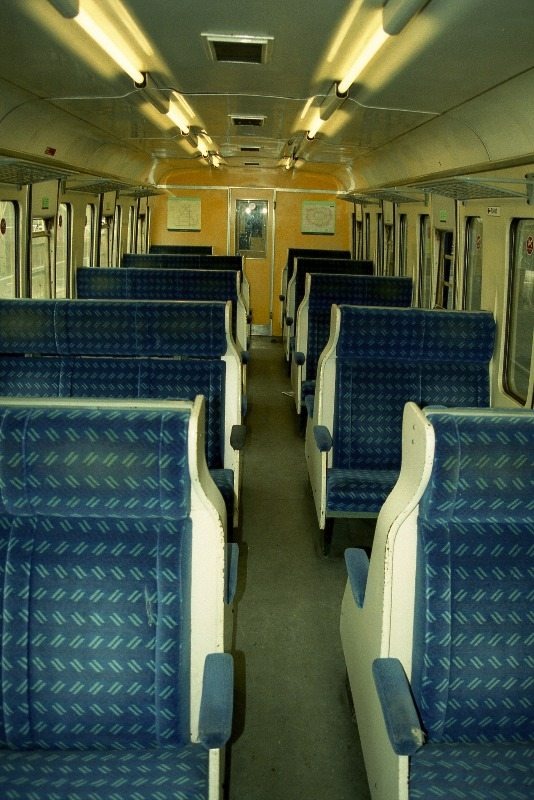 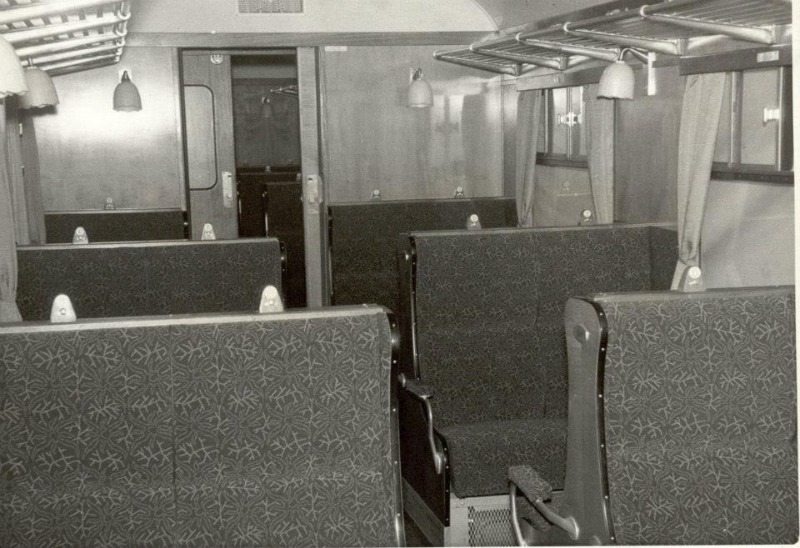 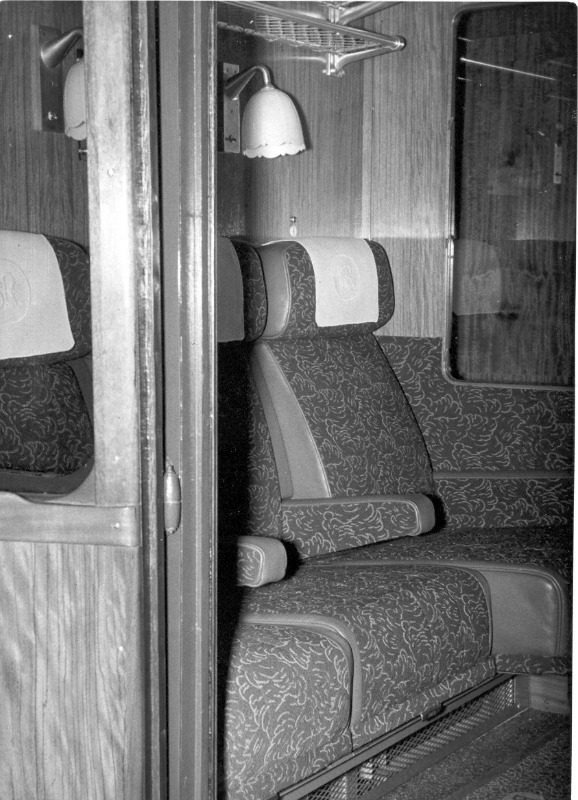 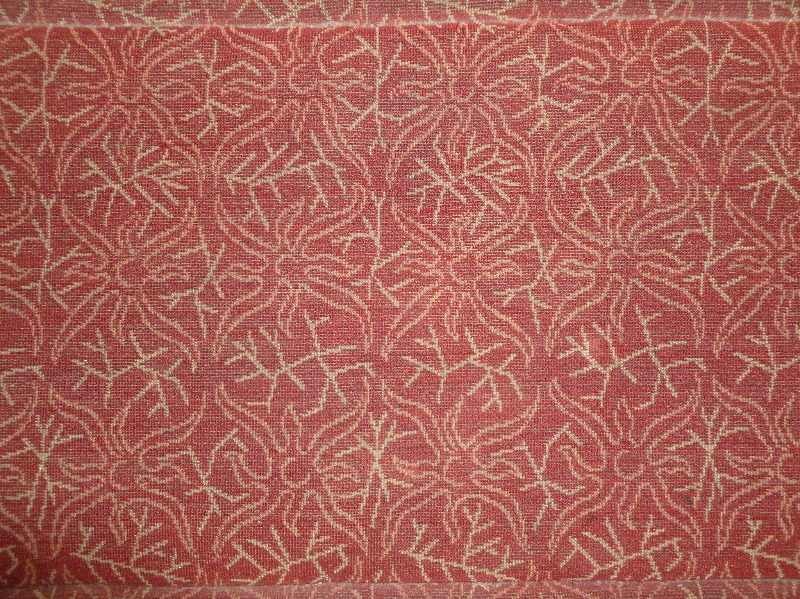 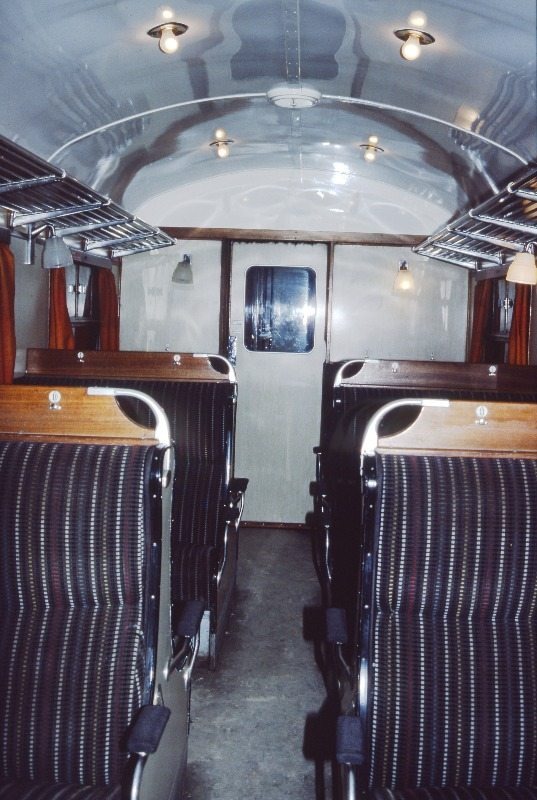 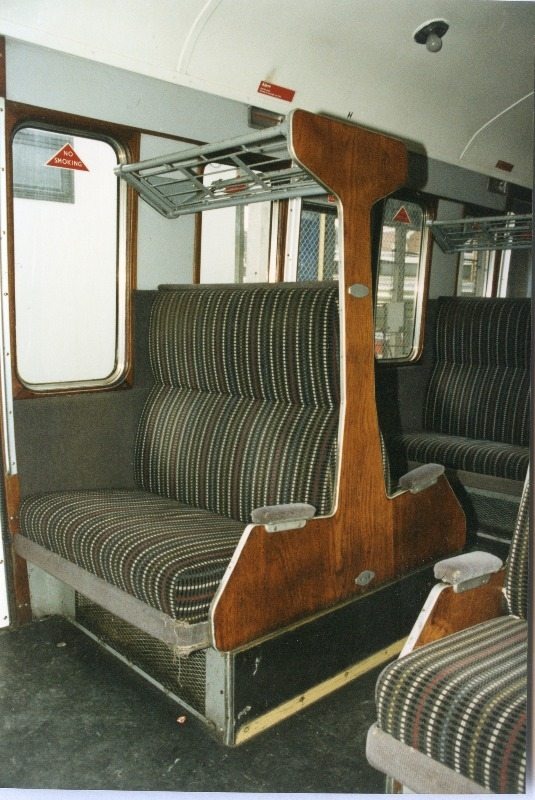 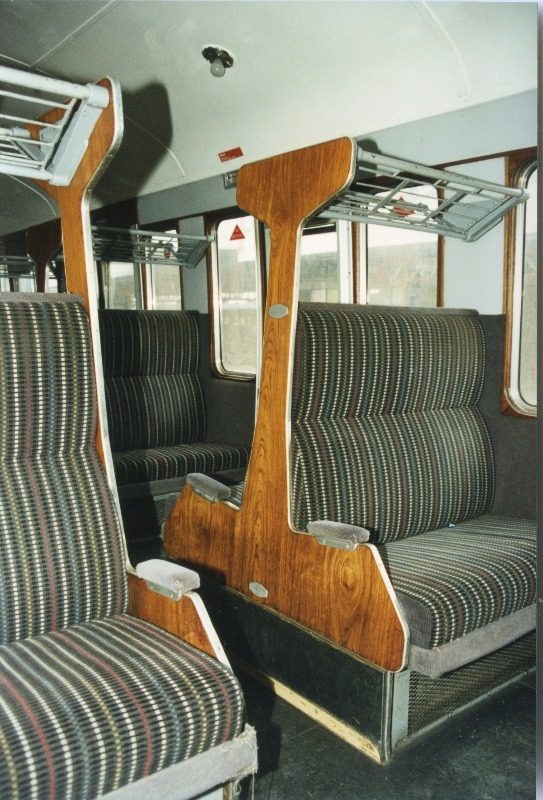 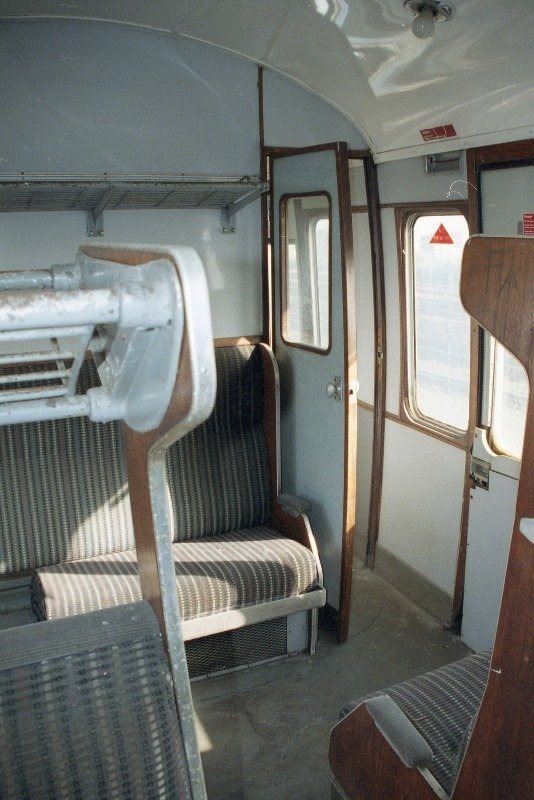 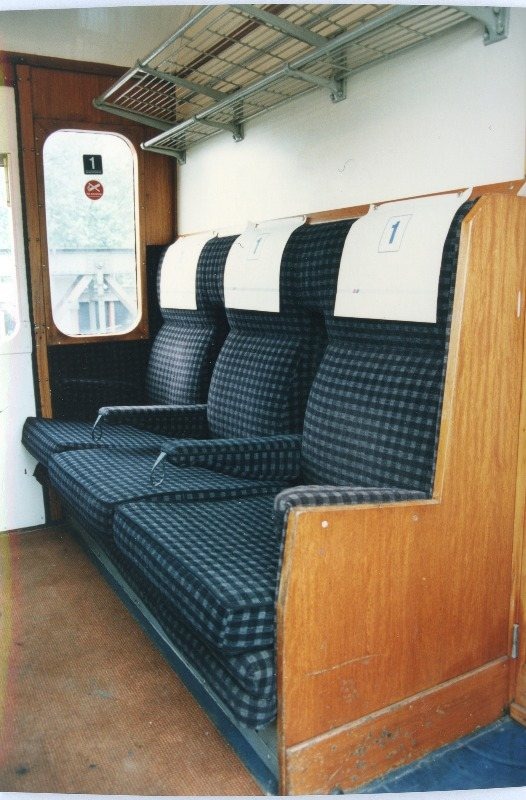 The corridor of a Hastings First from 1003

The Trojan Moquette became the standard material to use. Here are a few pics by Andy Grant showing the interior of a 3D or 207

This can still be experienced today and the Spa Valley Railway have spent a small fortune restoring the interior of their unit to look exactly like this, albeit a considerably bit cleaner.