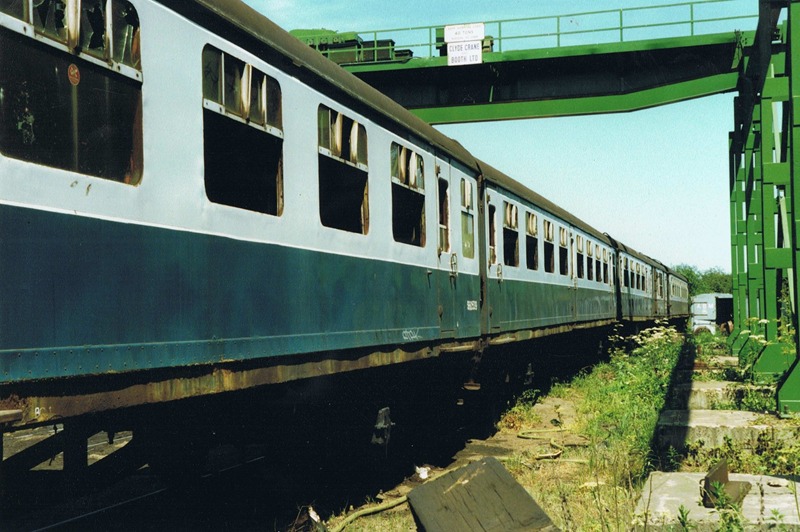 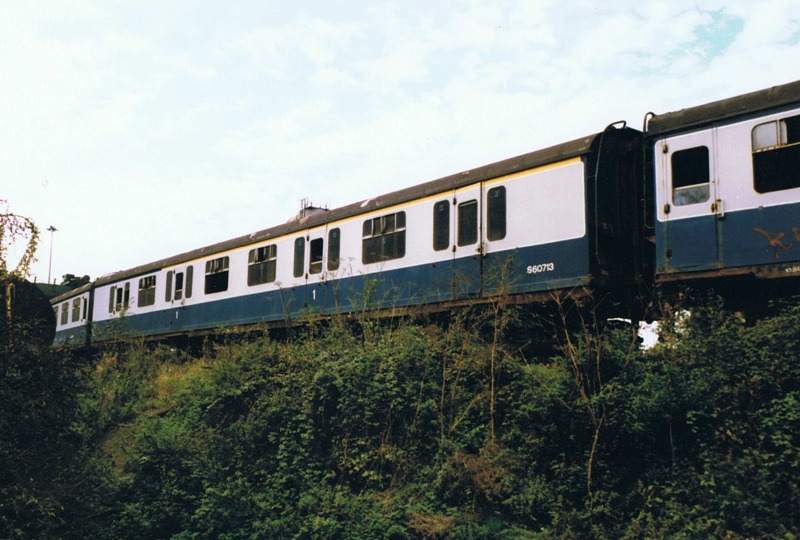 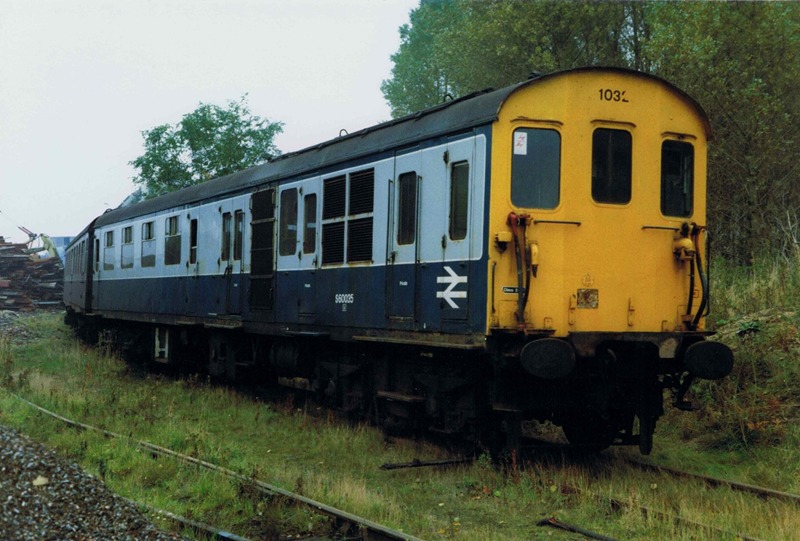 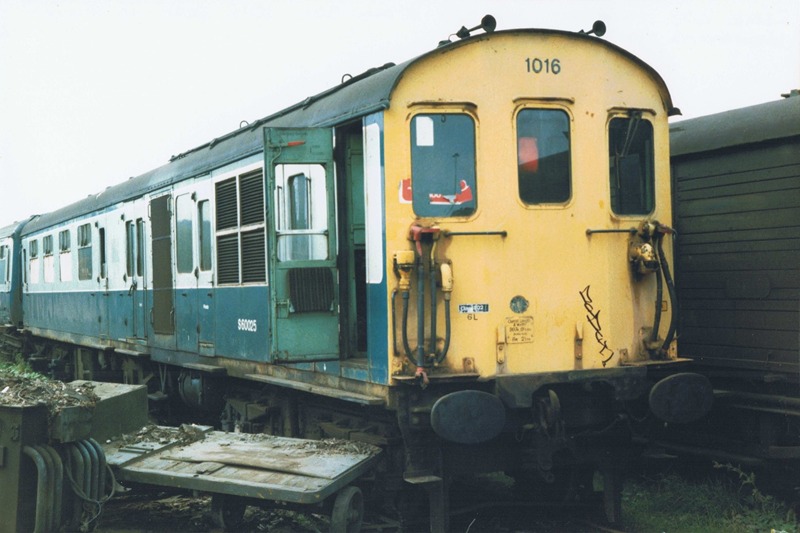 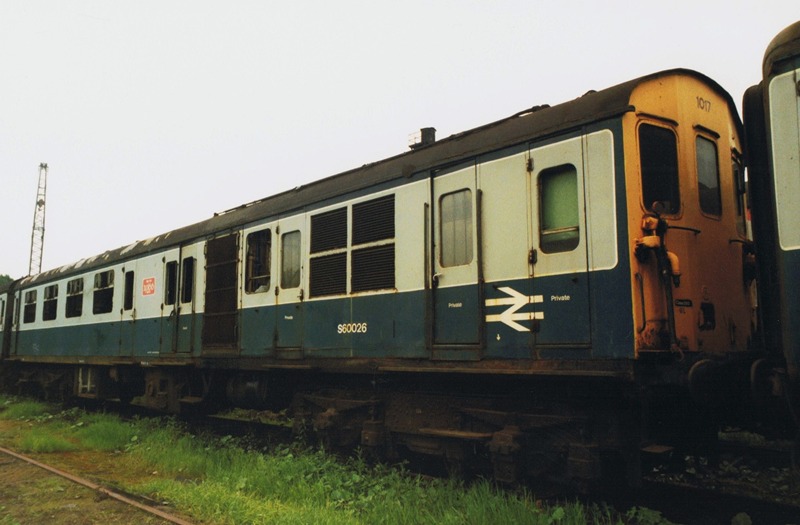 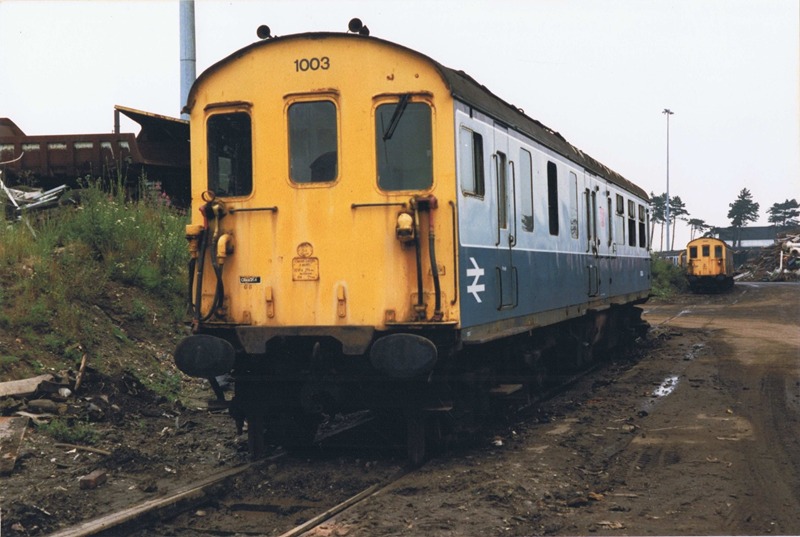 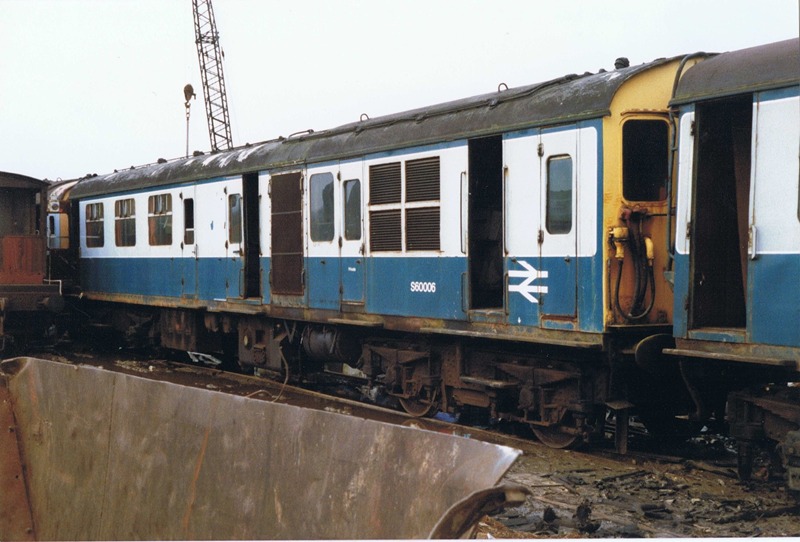 There have been many Scrapyards over the years which disposed of the Thumpers, one of which was Mayer Newman's of Snailwell near Newmarket.

Here, hundreds of multiple units and coaches met their fate in a rather undignified way. The most expensive part of scrapping is the removal of all non -metallic parts like interior paneling and seat material and so forth, so Meyer Newman came up with a particularly novel approach. A giant furnace was built at the yard and the entire vehicle was incinerated leaving a warped, twisted shell which could then easily be cut up.

The shot above shows a Hastings DMBSO and another Hastings vehicle after the furnace treatment.

We are fortunate that one of our friends on Flickr Nick Youngman "Nich Y" made a few visits to the yard in the 80's so as he has given us permission to use his images we have assembled this page showing his photos from the yard. 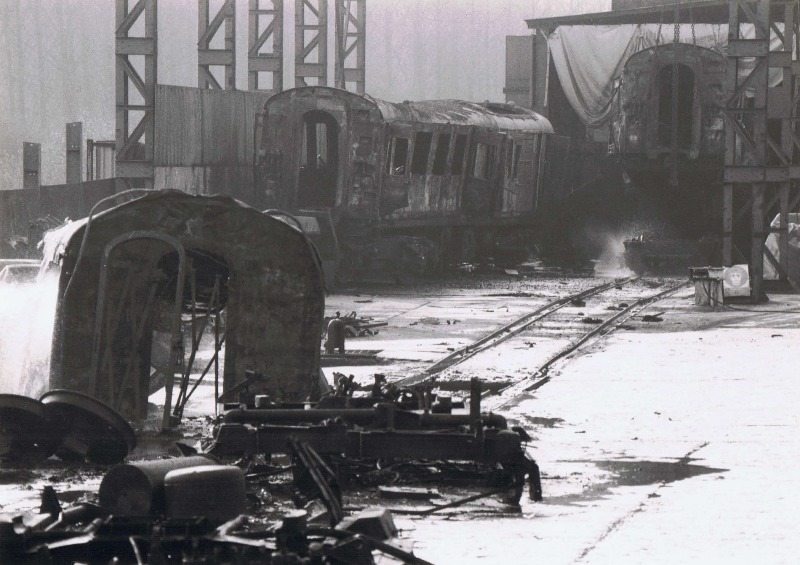 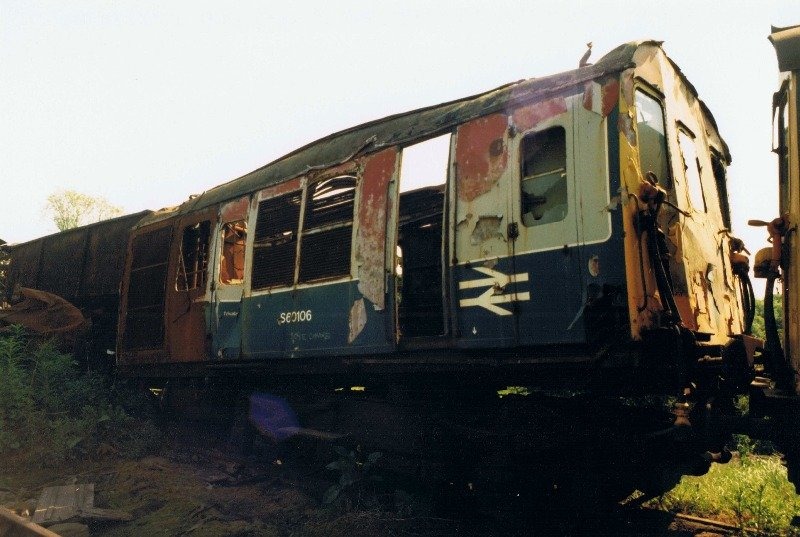 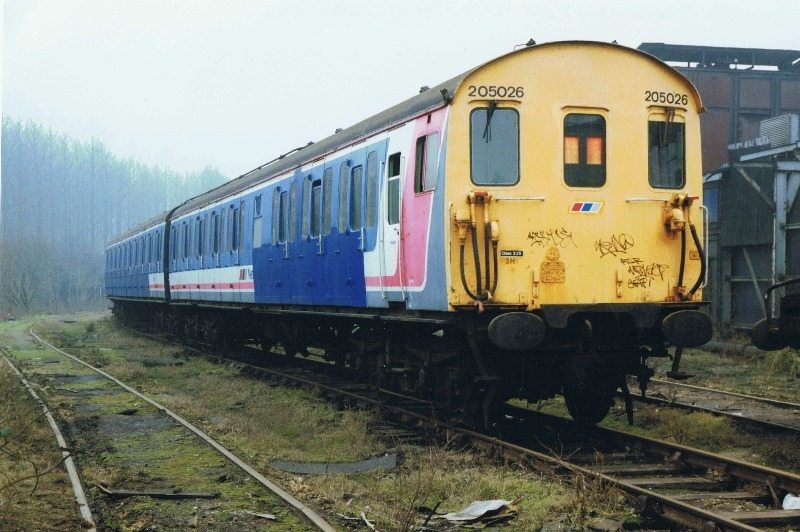 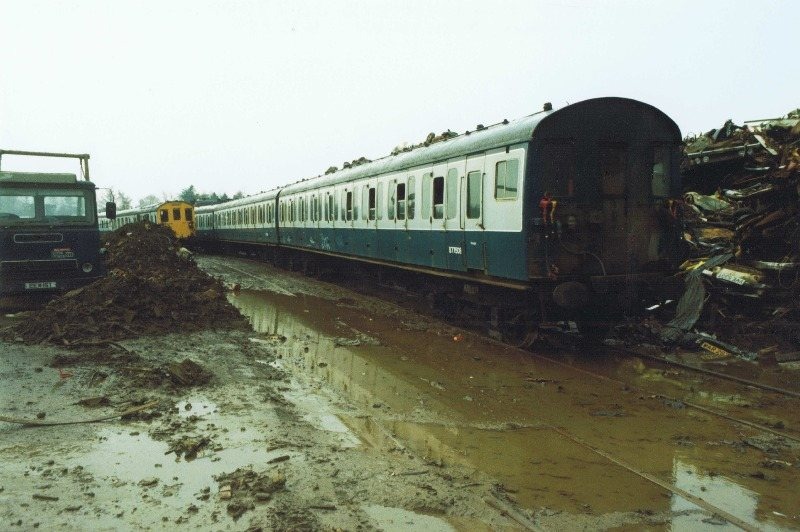 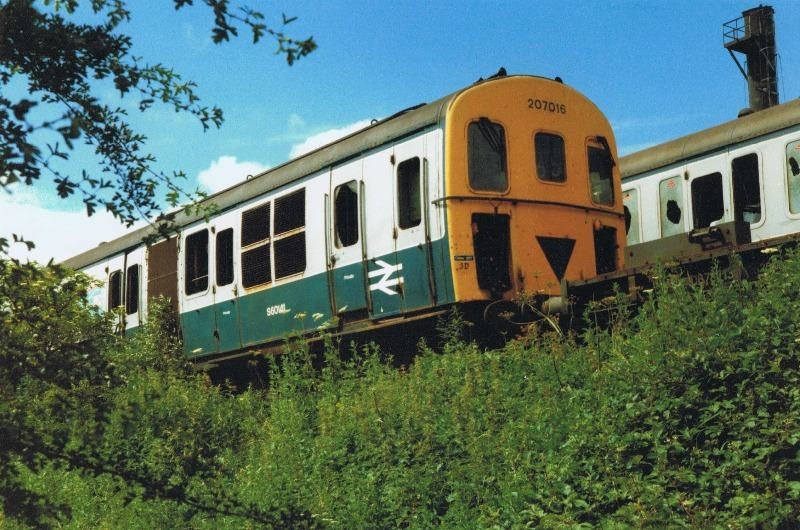 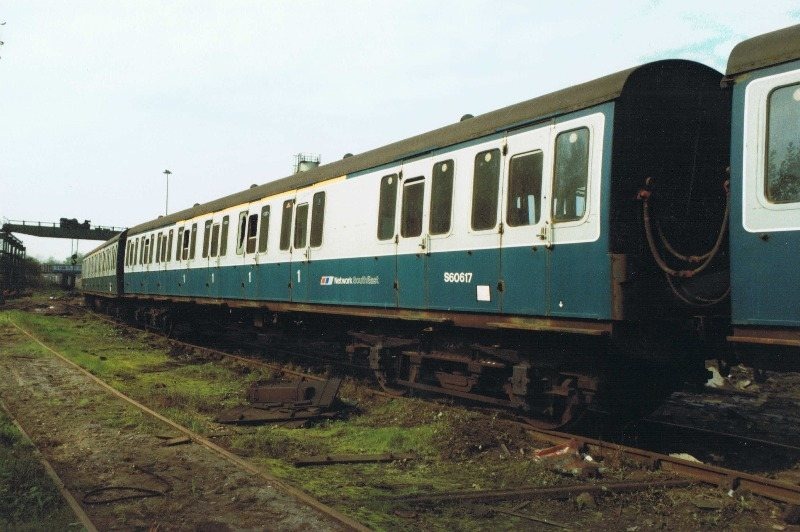 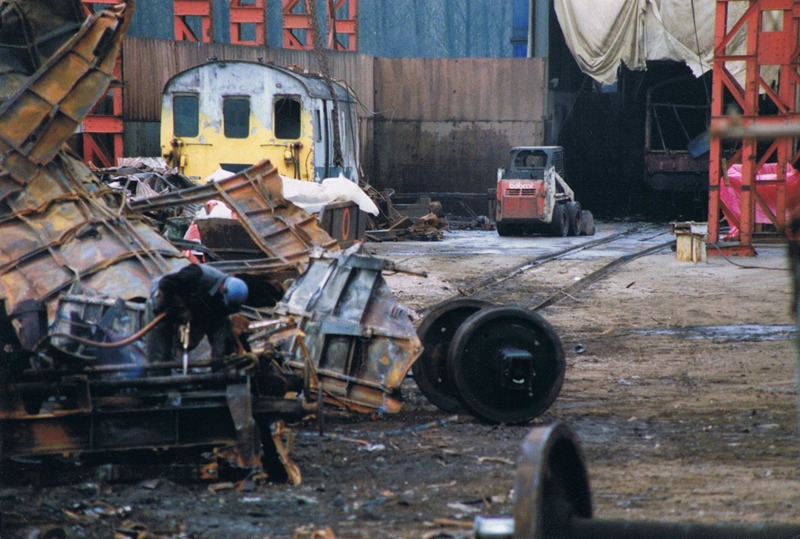 1107 when it finally came to cutting, it has been cut in half just before the guards van presumably to make it easier to extract the engine.

These are just a small example of Nicks collection he has many more images on his Flickr site, please take the time to have a look

205026 has had some kind of paint modifications before entering the yard. The only explanation i can think of is that the unit had been graffitied and as it was a possibly offensive, it  had to be covered for its trip to the yard. 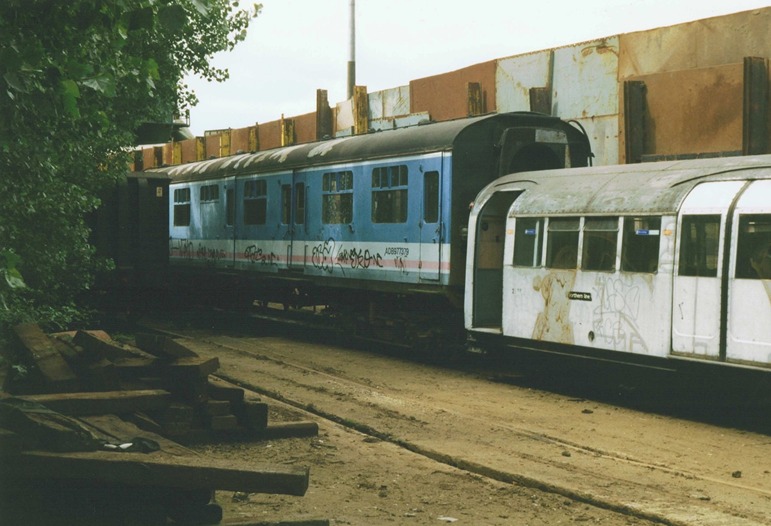 207016 is seen waiting its turn alongside another DEMU.

Mayer Newman didn't just stick to scrapping BR vehicles. Butted up to 60504 is a car of London Underground's 1959 stock.

The offside cab door has been opened. These were installed as an emergency exit if there was an engine room fire and as these doors were never used for normal use, the secondmans seat was attached to the door.

Another unit which came complete and straight out of service was 1318. This shot shows the centre trailer still coupled to the rest of the unit with all its jumper cables still in place