I was fortunate enough to be able to attend the 40th anniversary celebrations at the Mid Hants railway on Sunday 3rd February 2013. I have to confess I was very much looking forward to the evening as it is quite sometime since I travelled on a Heritage line at night. I don’t quite know what it is, but there is something special about all railways at night.  They seem to have a different atmosphere, but better than that; I was about to travel on a heritage line on genuine heritage rolling stock as well.

On arrival we were shown to the Goods shed and escorted upstairs to the meeting room. On a slightly chilly night the courtesy tea and coffee were very welcome. At around 1845hrs, Robin Higgs OBE   introduced himself to the assembled enthusiasts and gave a briefing into the events that had occurred 40 years previously.  After hearing “1125” roll into Alresford station we were then escorted down to the platform in preparation for our 1900hrs departure

For people like me, there was only one carriage to be in. While others were making for the 1st class compartments, I was straight for the Motor coach, because for me, this is what separates “thumpers” from any other form of rail transport. When you are on a train you are immediately aware of the compartment that you are travelling in, particularly if it is a beautifully restored restaurant carriage or a nice first class compartment. However, I submit to you that in most cases it is almost irrelevant what the traction is. Steam locos are magnificent pieces of engineering, but are you really aware of it when you are in your carriage.  I am going to suggest that in most cases, you could be being pulled by a fleet of Morris Minors and you would be none the wiser. That is where “Thumpers” are different and that is what makes them so very special.

Whilst sitting in the DMBSO of Unit 1125, it looks very much like any other type of general railway carriage from that era. But that is where the similarity stops.  As soon as the engine starts up you know you are about to experience something very different. With the engine at floor level and only a few feet away from you, you can sense that this is something special. You can feel the engine vibrating through the floor and through the seats. You can hear the low toned regular heartbeat of the 4SRKT engine. With window frames rattling to the rhythmic thud of the motor you can genuinely feel the power, an aspect that is lost with a separate locomotive or electric engine.

At exactly 1900hrs we pulled out; the engine slowing to a point where you feel that it is just about to stall; then all those horses kick in. With windows rattling, the seats vibrating, the noise from the engine filling the compartment we plunge into the darkness that is a winters evening in North Hampshire. The blackness outside just serves to emphasise the unique environment within the carriage. Outside all you can see is the reflection of the compartment lights on the flora and fauna on the embankment, but to me this was an experience that I had not had since I was a young man living just outside Portsmouth back in the late 1960’s/ early 1970’s.Standing on Fratton station with my dad on a cold wet evening (pompey having lost again, nothing changes), looking out into the blackness of the sidings; holding a red cardboard box of "Poppets" ( sweets that looked a bit like maltesers but with a hard toffee centre) having just got them out of the pull drawer dispenser on the platform,waiting for the thumper back to Swanwick. It it all started coming back to me. 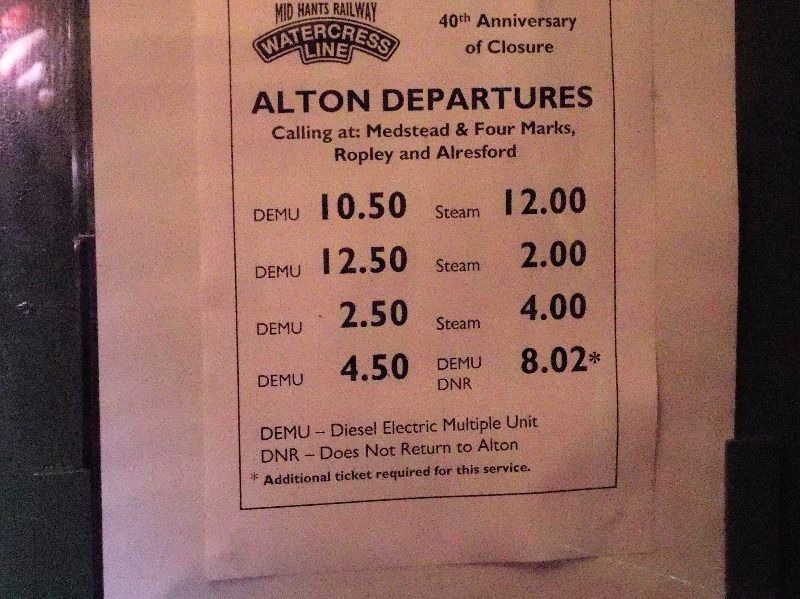 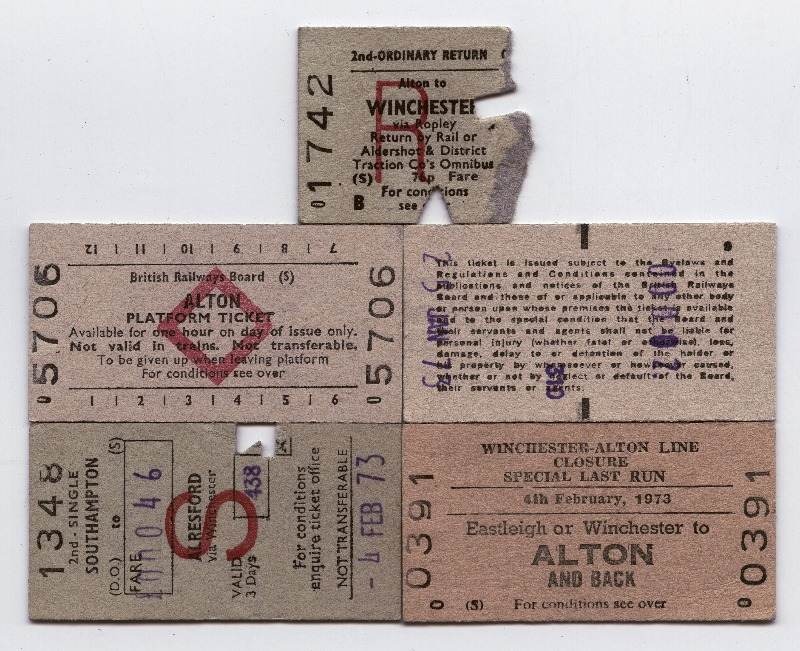 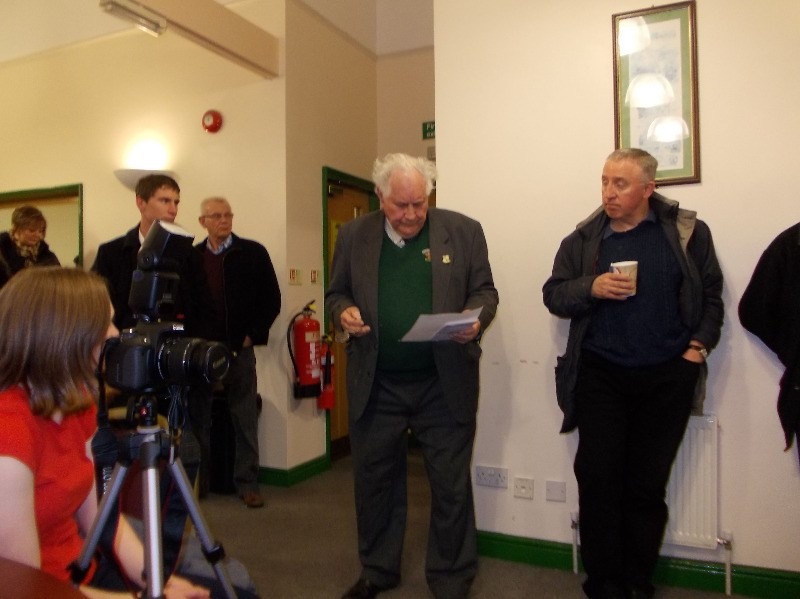 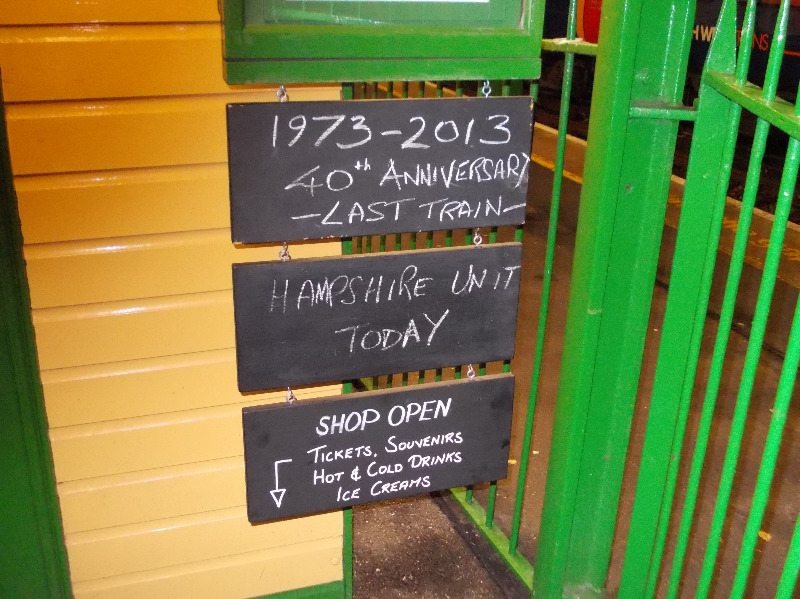 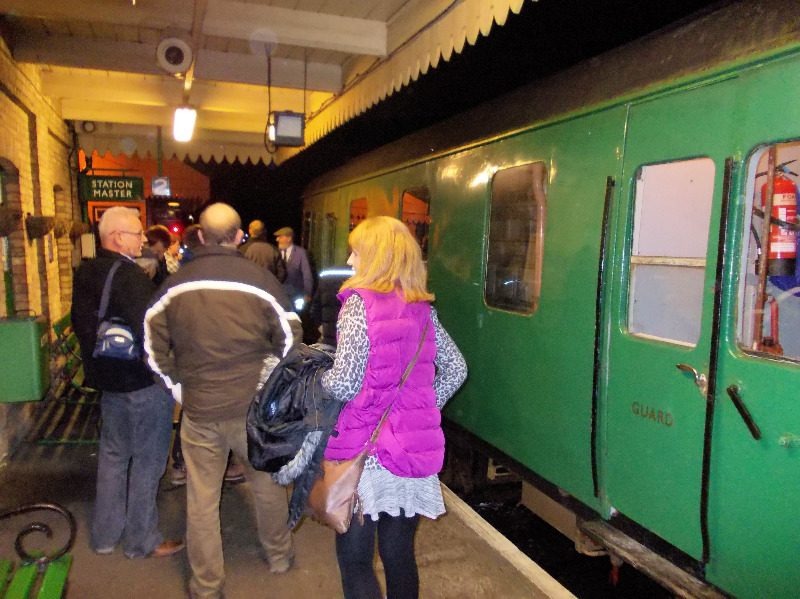 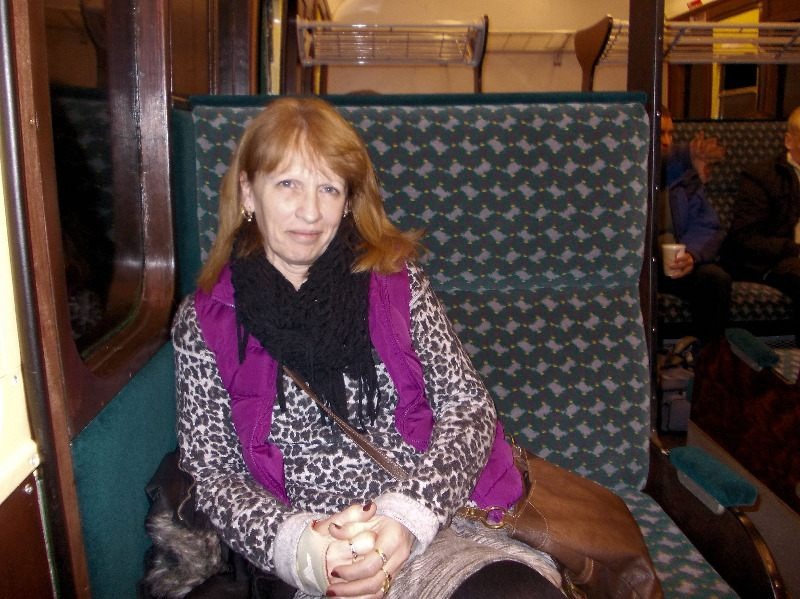 With the precision that modern train companies can only dream about, at exactly 2002hrs, with a flurry of train horns, we were off on the last leg, replicating that last journey all that time ago. But all too quickly it was all over; but not before the driver reminded us of what these beasts were capable of, with a beautiful burst of acceleration to take us out of Ropley. It is easy for people to be nostalgic about steam railways, but I am in my mid 50’s and I only just about remember steam trains. To me in my youth, train journeys meant “Thumpers”. That was my youth; my excitement; my memories and now my nostalgia and this evening journey to Alton brought it all back.
​
I would like to thank all those volunteers at the Mid Hants that made this happen and I understand that over 50 people made the journey with me.  The unit had been called into action on Saturday following a steam locomotive failure, as well as providing a service all day on Sunday, concluding with this special service.

Even 'er indoors enjoyed herself

I will leave the last word to Wayne Addy, a volunteer at the railway and a contributor to the Thumper 1125 facebook page.Wayne tells us that “The unit travelled over 160miles over that weekend with no faults to report”. He goes on to say, “During the weekend, customers were transferring from the steam service when the two services crossed, as opposed to vice versa which has been the case in the past”.

Perhaps I am just a sad old anorak with an unhealthy fixation on these old, basic and some would say ugly old brutes. Or perhaps there are more people like me out there, for whom the Class 205 Hampshire units represent their past, their passion, their heritage and their nostalgia. Thank you Mid Hants railway for a very enjoyable evening.

The unit at Alton

As we travelled to Alton it was impressive to see the station staff and signalmen at the intermediate stations; all staying on to help out. On arrival atAlton we found that the little shop had stayed open and appeared to be doing a nice trade and there were a number of  other nice touches. The destination board was marked up for “Southampton” to reflect the destination of that last train, 40 years ago. The station announcer completed the picture by reeling off the list of stations that that last service had called at, all those years ago. But there was something else.

My mind went back to my childhood where the small totem station signs had dimly lit lamps burning above them; where station staff carried large lamps that just seemed to add to the atmosphere. All this being enveloped by the forbidding blackness that lay outside the station environment. Railways really are special places at night.