Isfield Station is the main base for the Lavender Line.

It is seen here from the compartment of a 207 driving trailer.The bank of earth just before the bridge has since been removed and is where the engine shed has been built

On 1st May 1976 a railtour called The Sunny South Express ran to a number of industrial locations in Kent one of them being Tilmanstone Colliery near Shepherdswell.

Image thanks to Eddie Holden aka Stapledon Road

Alresford station was a passing point for units. These shots was taken on 28th January 1973 just a week before closure, 1123 has since been preserved with the motor car on the Lavender Line

Eridge Station is now the terminus of the Spa Valley Railway. These days platform 1 is derelict and platform 2 is operated by Network Rail, but the two platforms just to the left of the picture is is now the SVR's Terminus. In this shot units 1316 & 1315 can be seen at the station on 1st may 1984.

Tunbridge Wells West on 10th August 1982 see's 1105 parked up in the bay platform. The station behind has been turned into a pub whilst the engine shed on the left is now operated by the Spa Valley Railway. As most of this area was redeveloped for supermarkets the railway now has a cramped site with just one platform in more or less the place where this bay platform is. 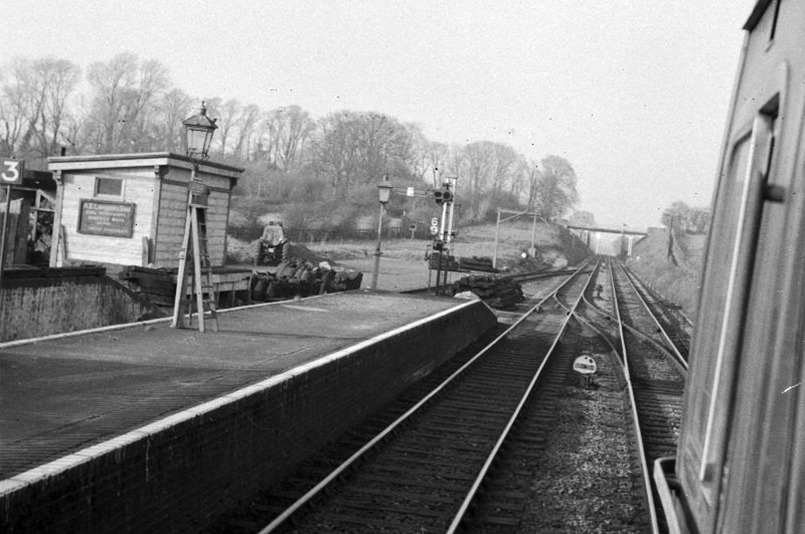 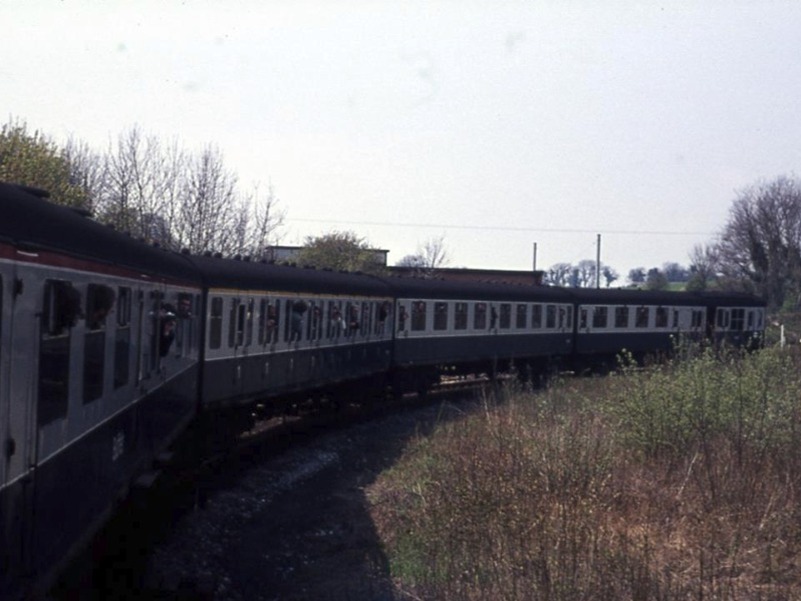 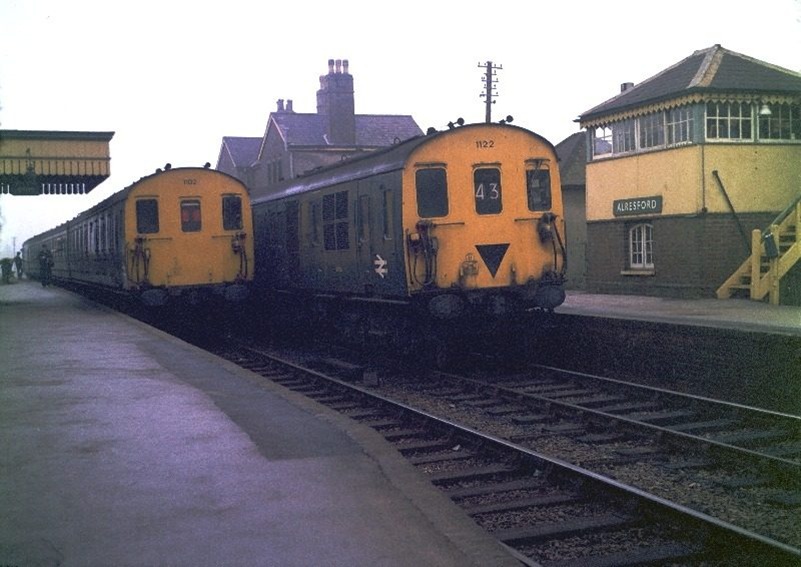 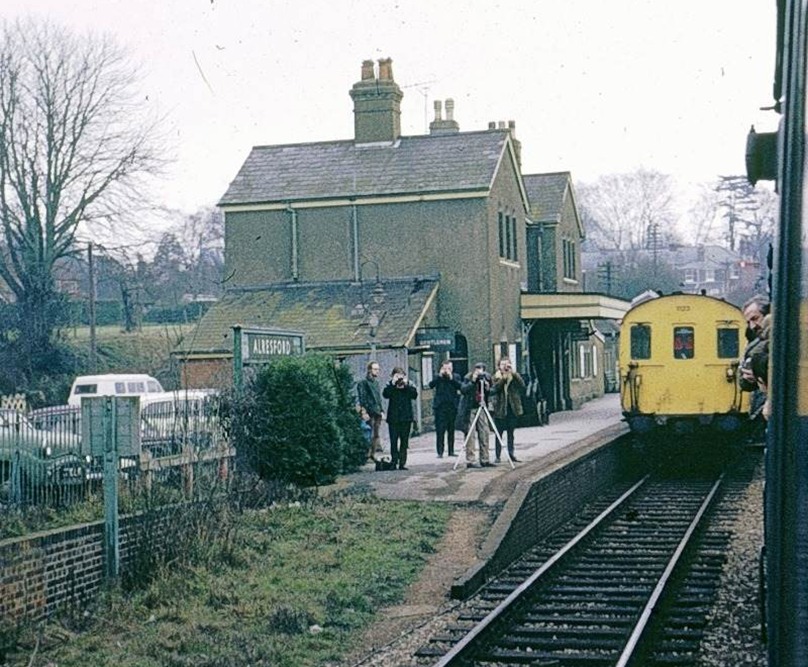 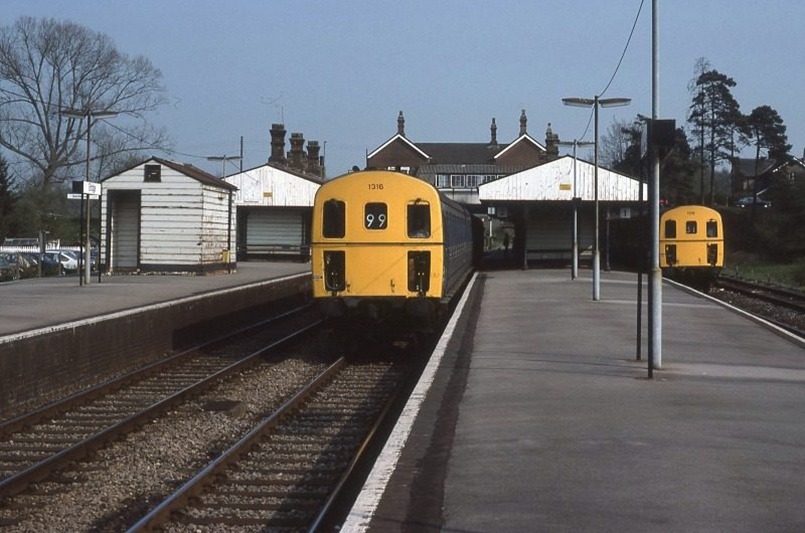 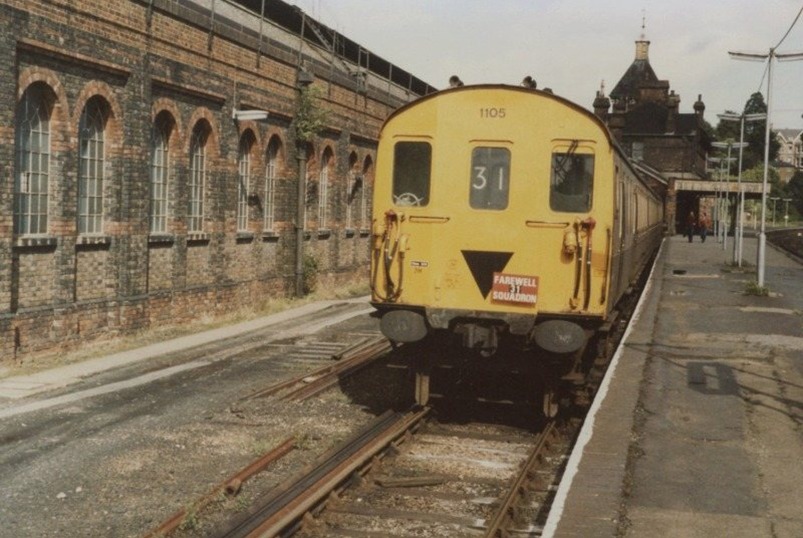 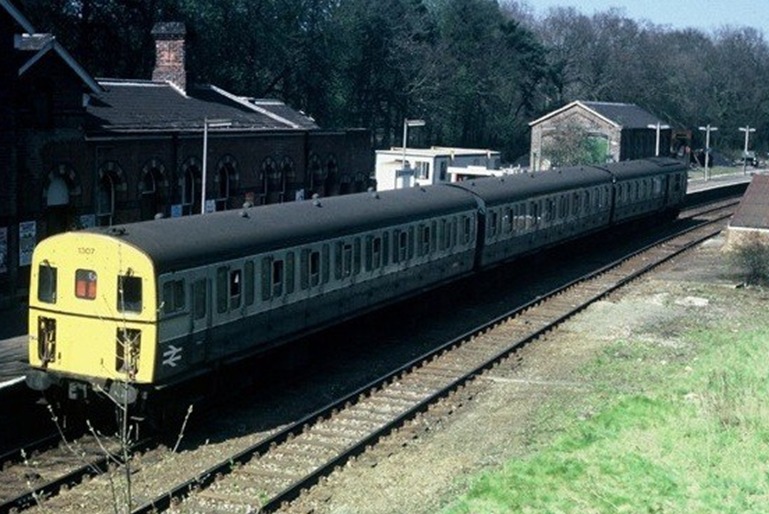 The Lavender Line Operates unit 1133 and has 1123 on static display.

Alresford station was a passing point for units. These shots was taken on 28th January 1973 just a week before closure, 1123 has since been preserved with the motor car on the Lavender Line

Groombridge Station sees 1307 on a service to Tunbridge Wells West, The building still exist and the Spa Valley Railway have recently set up a ticket office in it but a housing development was built on the trackbed so the current formation now runs on the left of the area to the right of the picture. 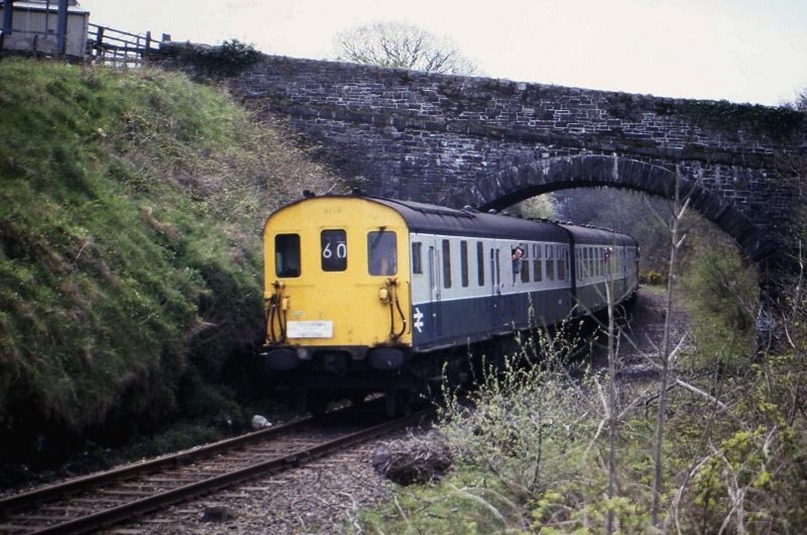 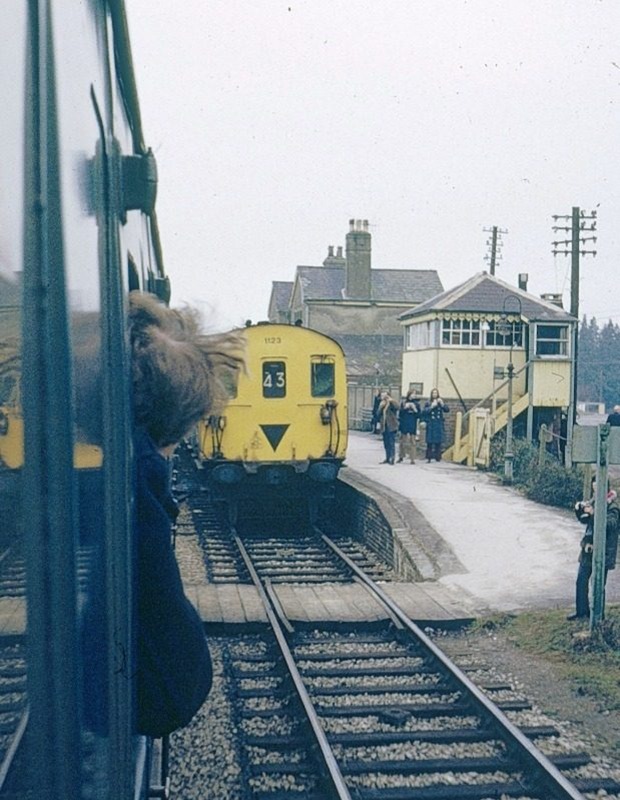 Many preserved lines are known for their Thumpers but it is often thought that the first thumpers to travel over a particular line was in preservation.

Some now preserved lines had regular Thumper services where others had one off railtours. In this section we look at a number of lines which feature Thumpers in BR days.

At Alton Station we see 1122 alongside electric unit 7748, a connection was made here for Mid Hants line with the trains from London and since the lines revival this practice still continues.

The signalman walks down the platform with the single line token for the section.

The guard appears to be unloading Watercress which is the product which gives the line its famous nickname.

Fortunately this station looks a lot different these days with the passing loop and platform reinstated.