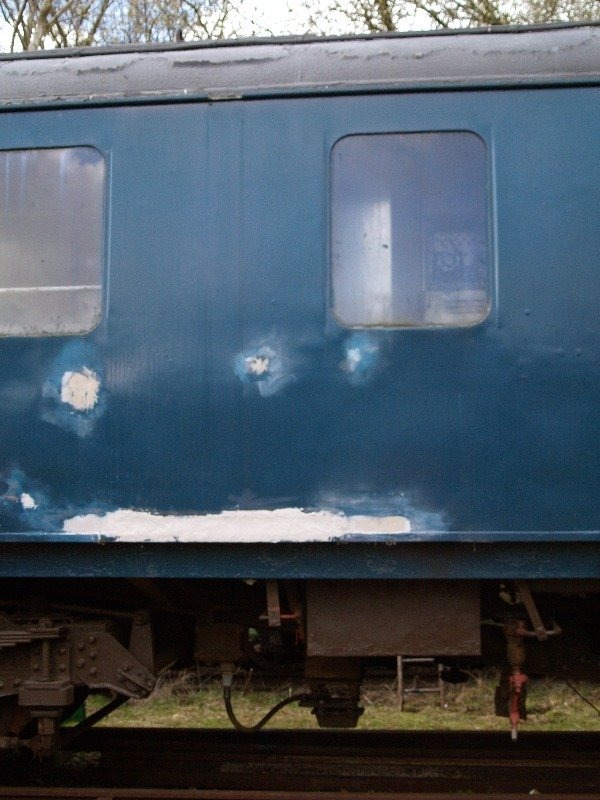 Part One By Callum Laing

The first Class 205 DEMU, number 205001 (original number 1101) arrived at the EKR in early 2005 and ran in passenger service for a short while before being withdrawn in August 2005, due to mechanical difficulties. In 2009 a group of volunteers started working on the exterior of the motor coach to bring it to up to a good standard. That job was unfortunately short lived due to lack of funds and before too long, the motor coach was moved back into the sidings where it continued to deteriorate.

A group of engineers got it back out in late 2011 and began work on the engine to try and get 1101 started again. In around 6 weeks 1101’s motor coach was repainted and the interior was cleaned and smartened up but there was still no sign of the engine running, so it was put back into the siding, this time re-united with trailer car 60800.

In early March 2013, after seeing a couple photos of the unit on Facebook, Matthew Plews came down with co-worker Lee Starkey and accompanied by East Kent Railway Volunteers Callum Laing and Josh Watkins, spent the day assessing the issues with the engine and the electrics around it. After several meetings with the committee of the EKR, in April 2013 work started on getting 1101 running again. It took 2 weekends of long, hard, oily work but on April 19 2013 the engine started on 1101 for the first time in over 7 years; but this wasn't the end of the battle. Once started it was discovered that the electrics to the fuel priming pump were damaged beyond repair and the fuel pump itself was seized! The unit was running on diesel that had been manually pumped into the header tank! The pump was removed the same day; the motor was cleaned and greased and then it sprang back to life. The compressors were not working and the cabling too had to be repaired, but the next day the compressors kicked into life for the 1st time since 2006.

On Friday April 26 we hit 100psi on the main air reservoir and brakes on the motor coach were tested and found to be working well. Unfortunately a hole in one of the air pipes of the trailer coach was discovered which will be replaced as soon as we find a replacement.

On the 27th April work was then started on the exterior of both coaches rubbing down, rust treating, welding, filling holes and taking the vinyl’s off the trailer car.

On Sunday April 28th a team of cleaners went into the trailer car and got the main 2nd class saloon cleaned and put most of the seats back in place. They also went into the 1st class compartments (which were covered in mould) and started cleaning them up as well.

The plans for this May Bank Holiday are that work will continue to be carried out on the exterior of both coaches and the wiring will have a final test to ensure it meets acceptable safety standards, before the electrical covers are refitted.

Remember; if you can help out with a few quid towards the restoration, please click on the link. http://www.everyclick.com/ekr 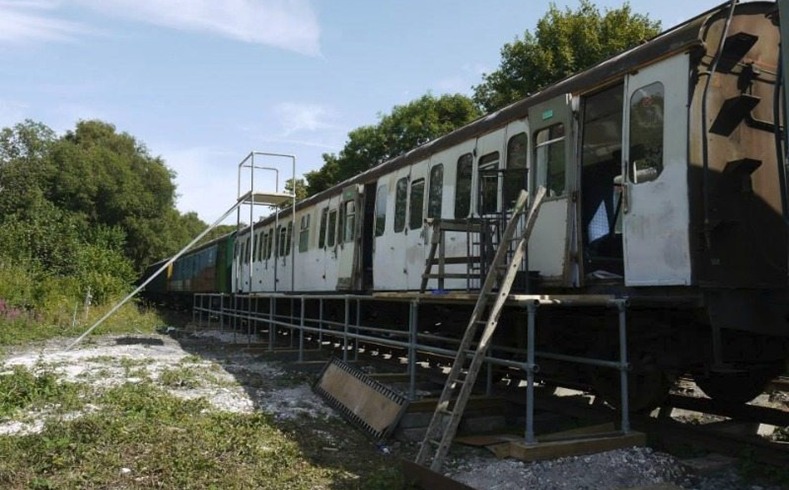 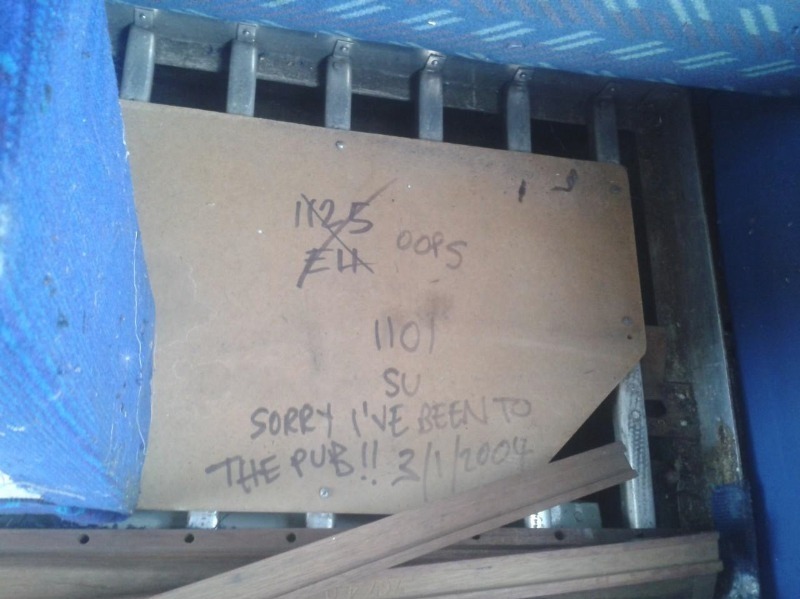 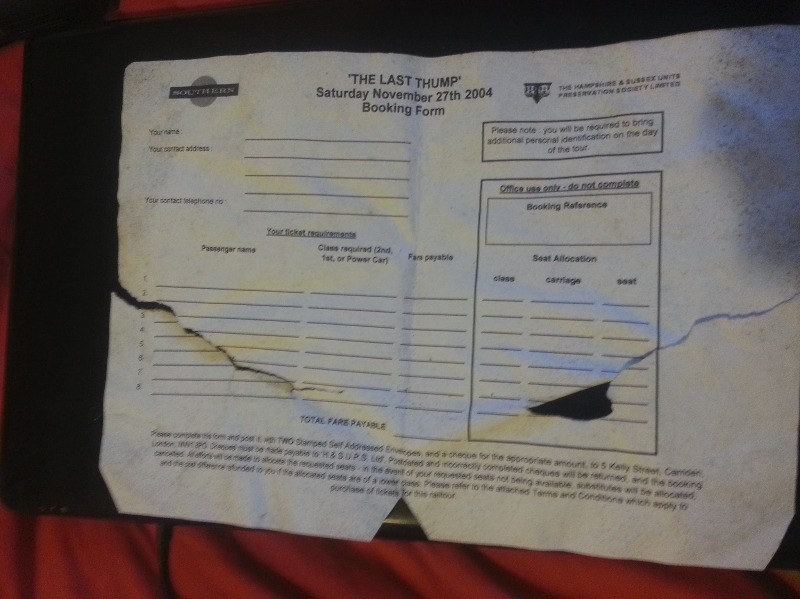 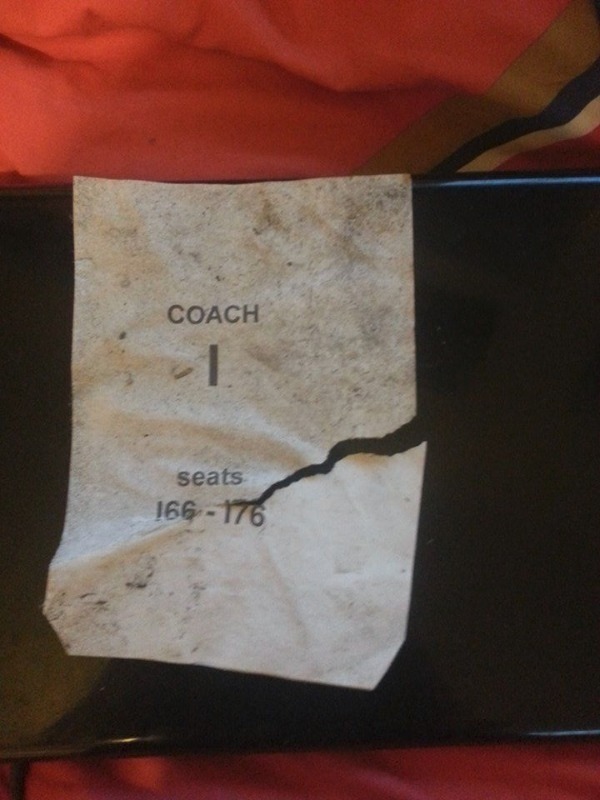 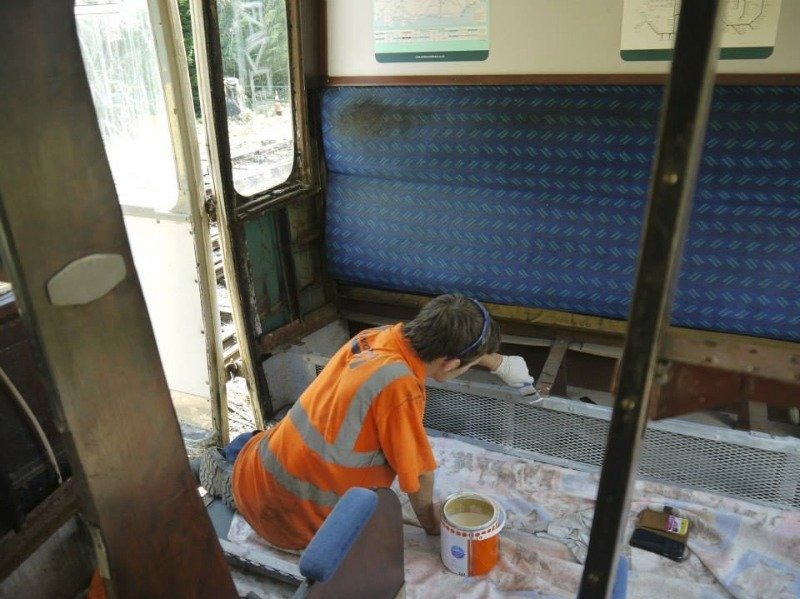 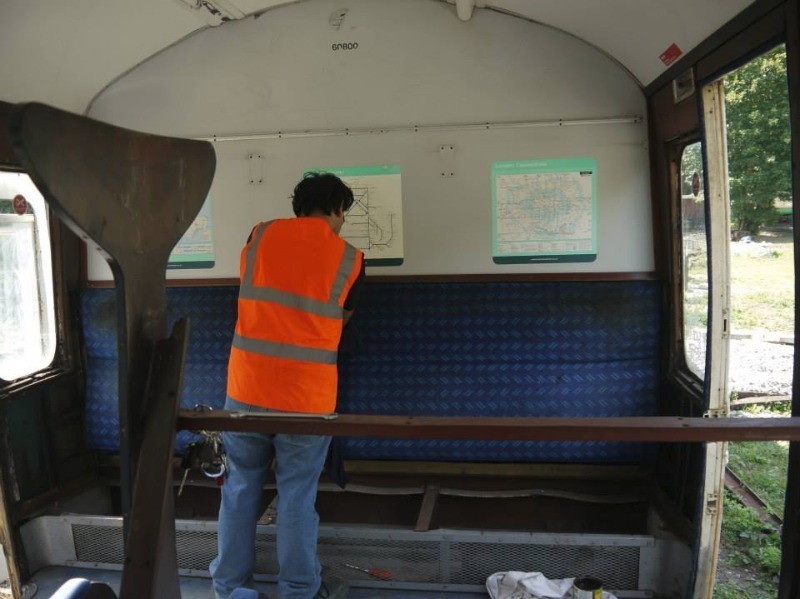 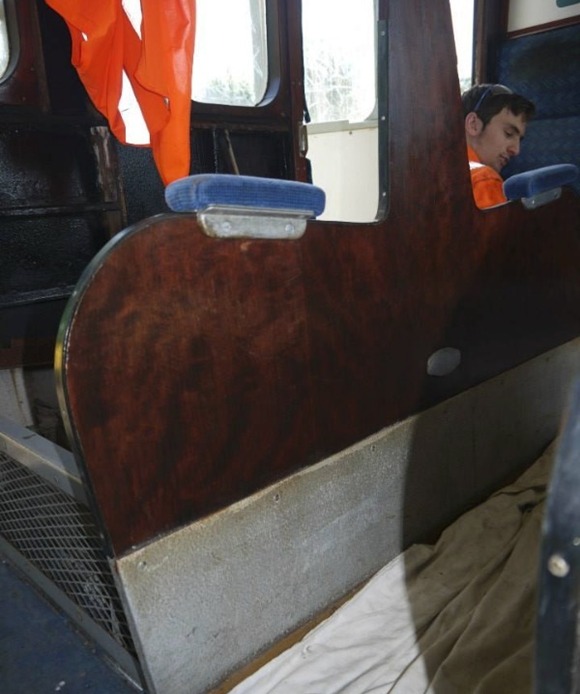 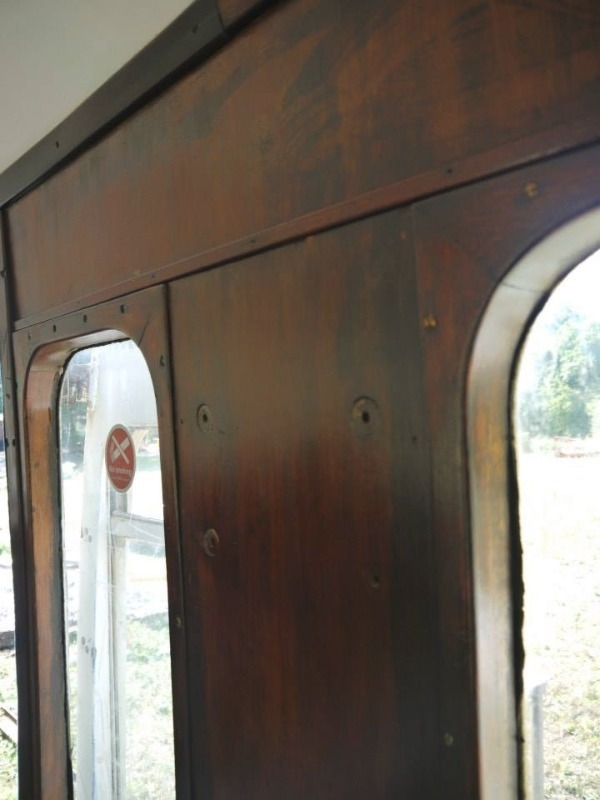 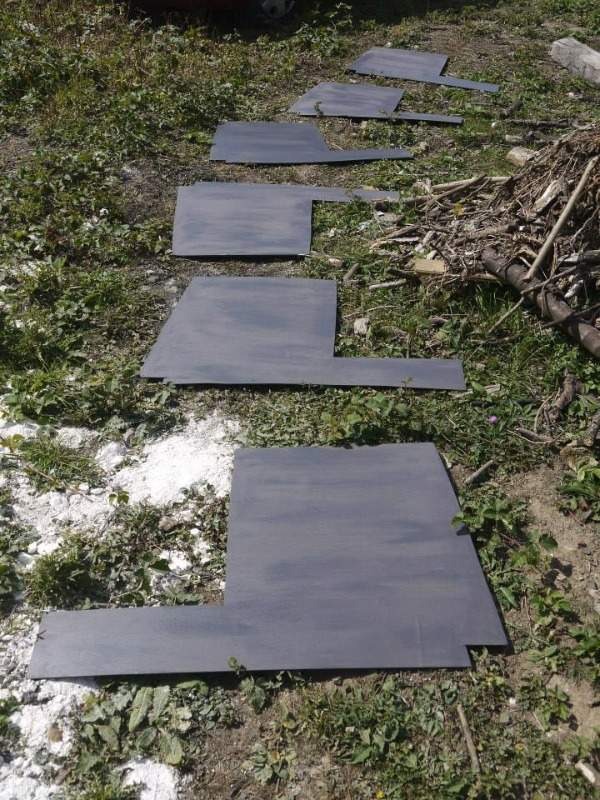 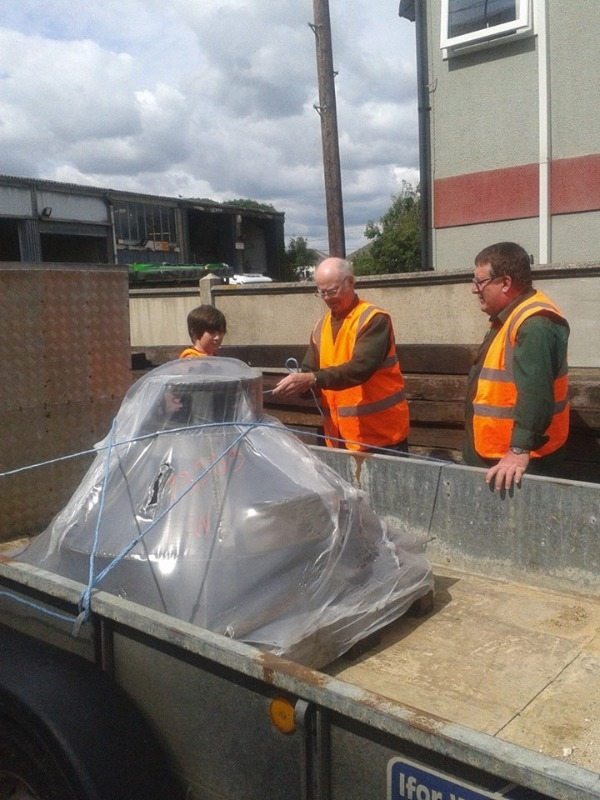 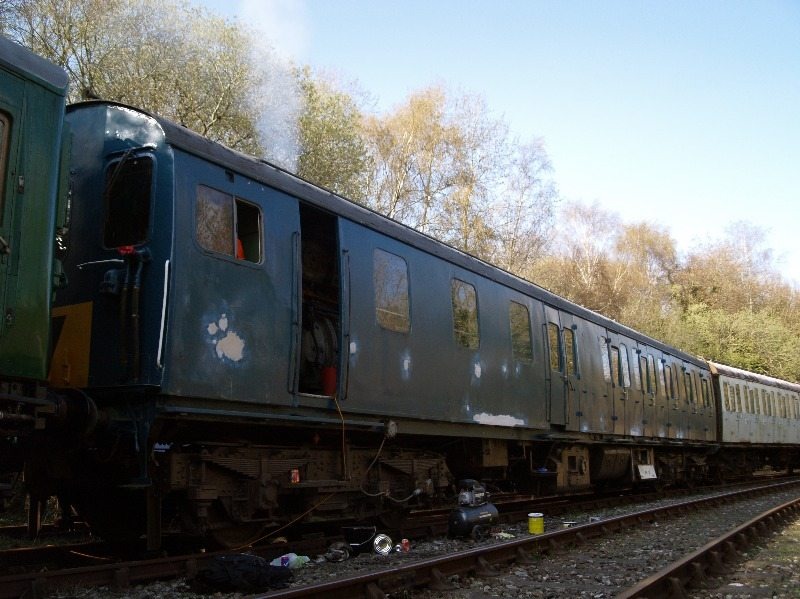 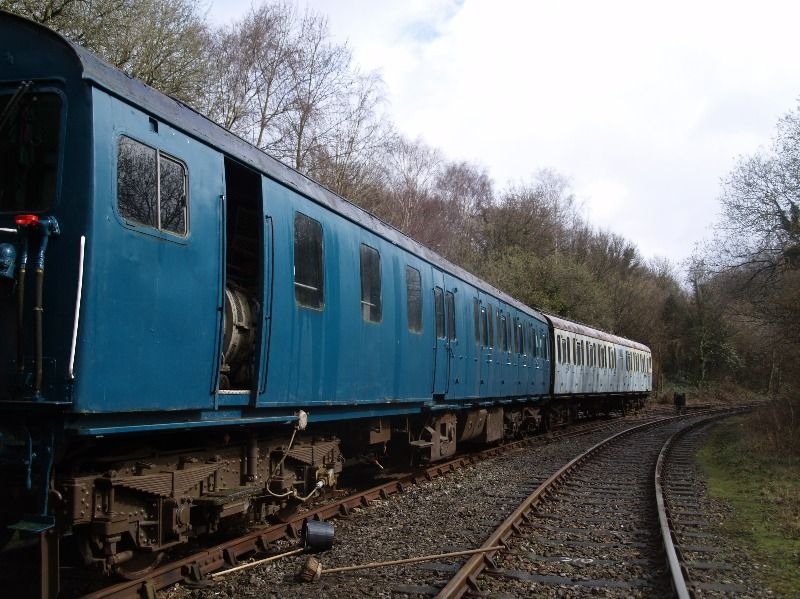 Below is a selection of photos showing the restoration work. 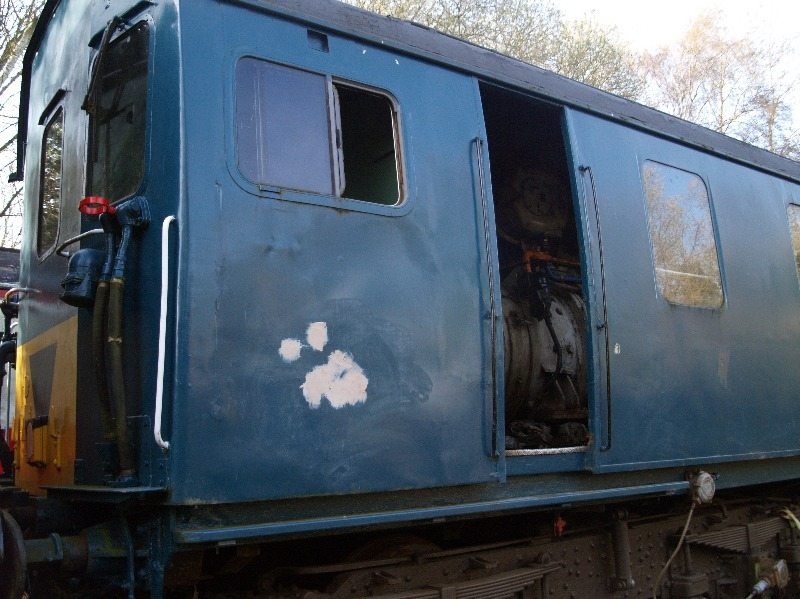 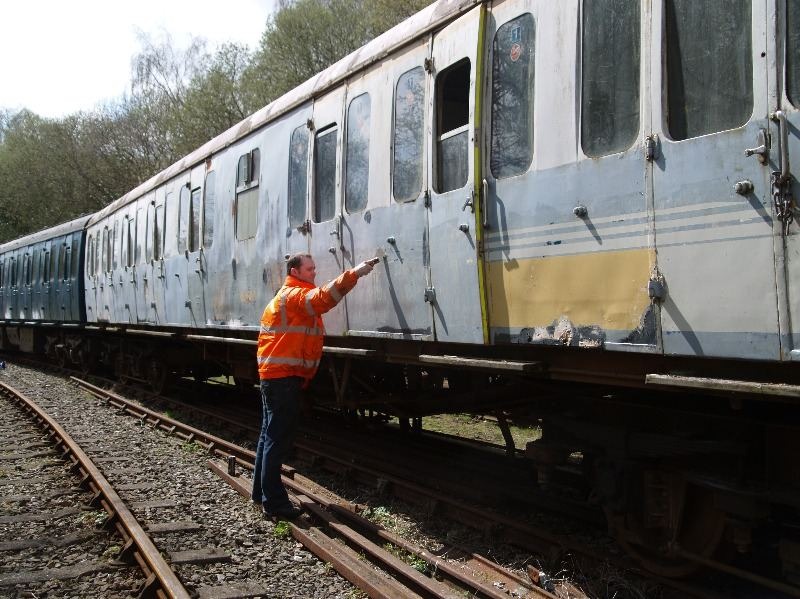 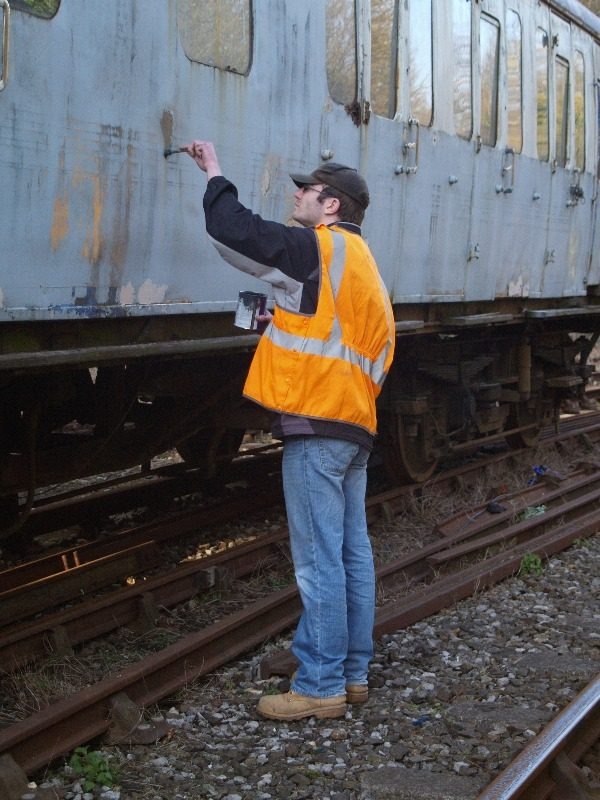 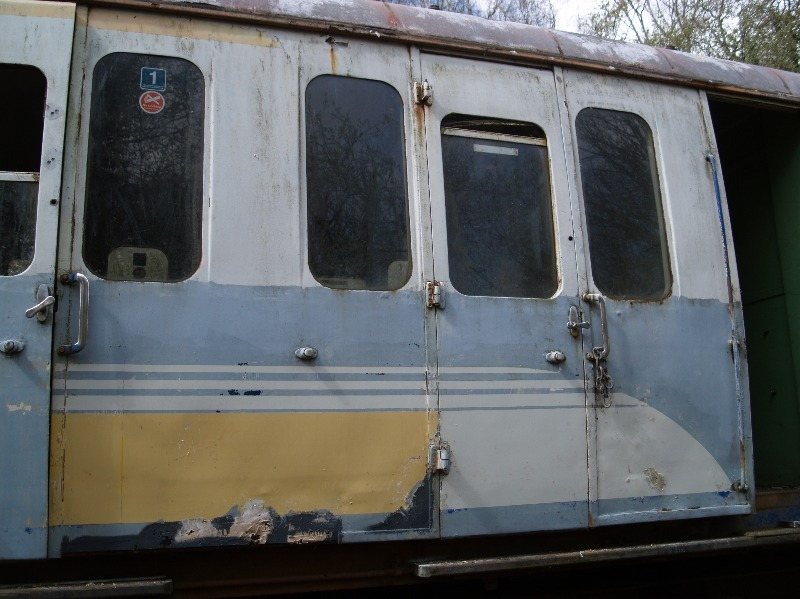 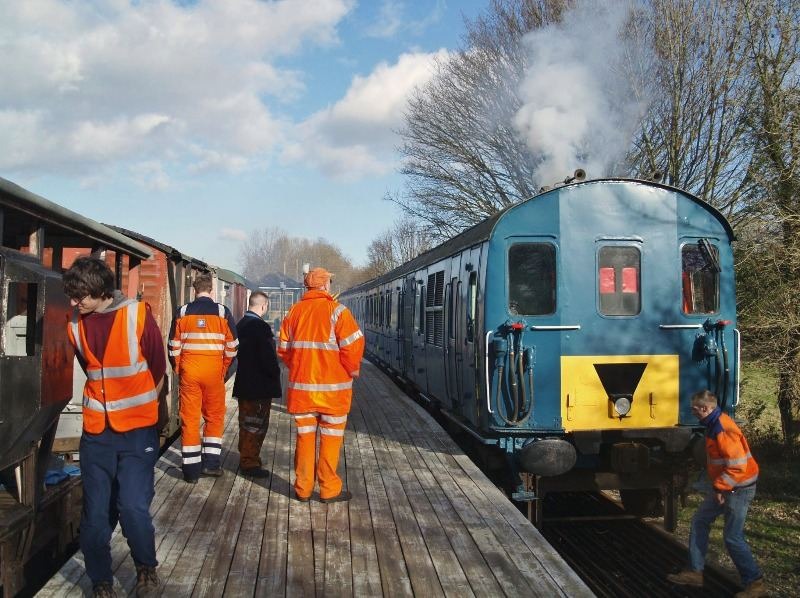 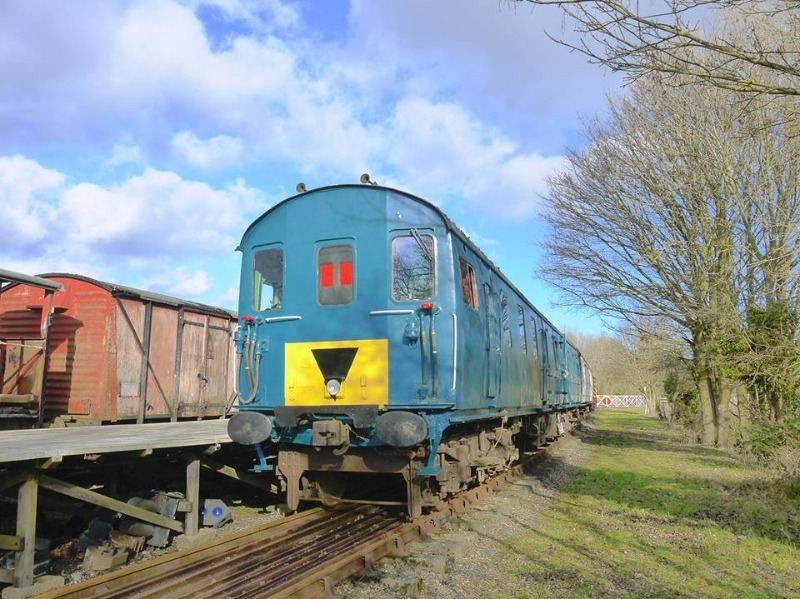 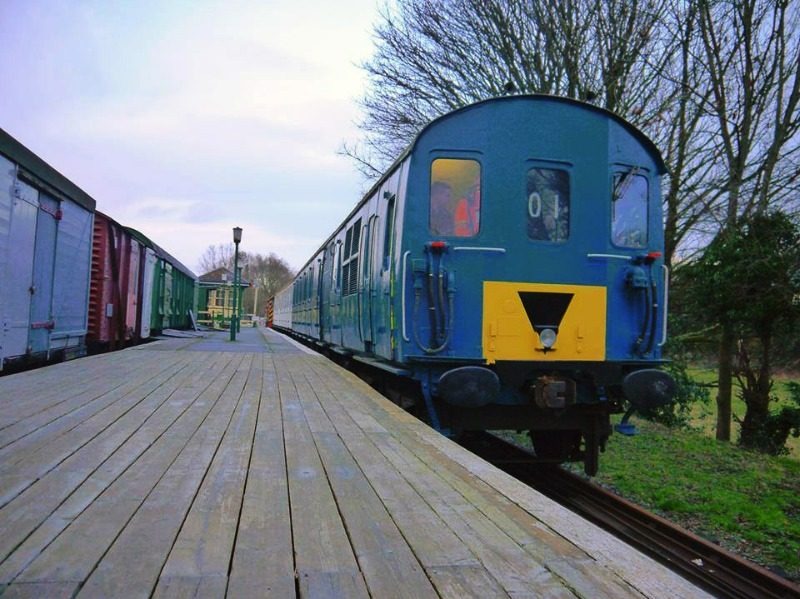 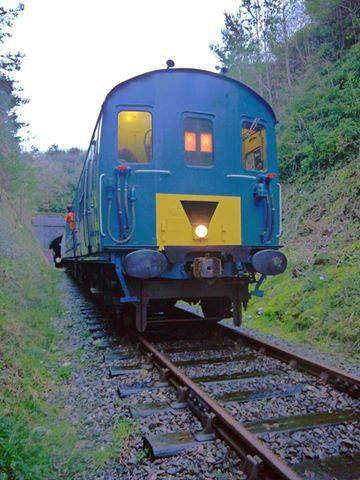 Josh Mears found some shots he took of 1101 back in 2008 when restoration initially started on the unit, it is only by looking at these you realise what a long way they guys have got ​

Good progress has been made on 1101 at the EKR. A replacement fan has been kindly donated by GBRF from 73209, which is now in position. It just needs to be connected and and tested. The Motor coach saloon has been cleaned thoroughly and is in a good condition and is able to receive its first passengers. A small section of brake pipe needs to be replaced but work has already started on this. The interior of the trailer car has finally commenced and all wood has been sanded, wood stained and vanished; new panels have been made and painted to fit between the seats and windows and  some are now in place and look fantastic. We will also be undertaking tests and driver training once all the mechanical side is fully functioning. Work will be continuing over the coming weeks and we hope to soon be able to announce a date when we will start passenger running. Stay tuned for photos and hopefully some videos. Thanks to Alan Coe, Matt Plews, Callum Laing Josh Watkins for all their hard work so far and John Kemp for collecting the fan from St Leonards. Finally Huge thanks to GBRF for their kind donation.