A visit to Selhurst Depot

On September 17th 2004 two months before the thumpers were finally withdrawn I managed to get invited to visit the depot at Selhurst.

This was organised through a colleague of mine who had contacts in the depot so I was given a full visit of the depot with the main aim of seeing the Thumpers.

The first stop was the sidings near the gates where I got this shot of three units together, closest is 205018 with 205012 alongside which was being stripped for spares and in the background is the driving trailer for 205023 which was preserved by HSUPS and being stored in the depot

Sadly 205012 never made it into preservation as it was used for spares by the depot in the last year of its life. 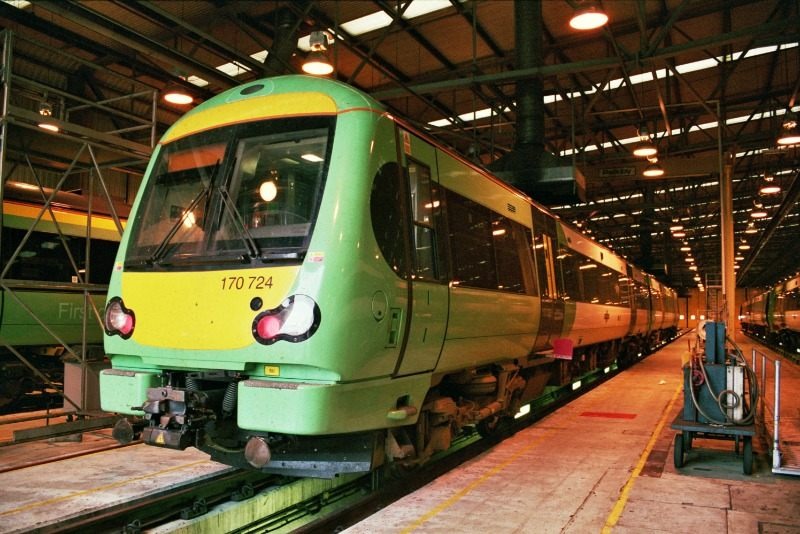 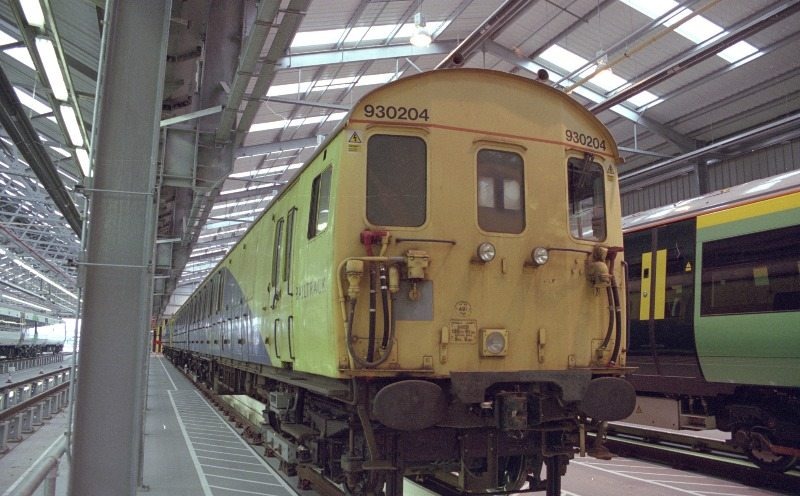 another interesting unit parked up in the depot was a pair of Sandite units 930204 & 930206, these have since been withdrawn and sold for preservation and at the time of writing are stored at a private site in Oxfordshire. 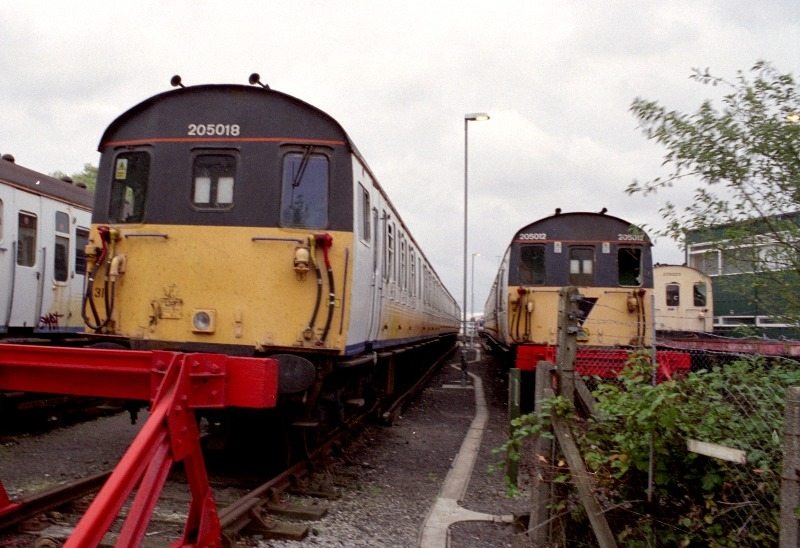 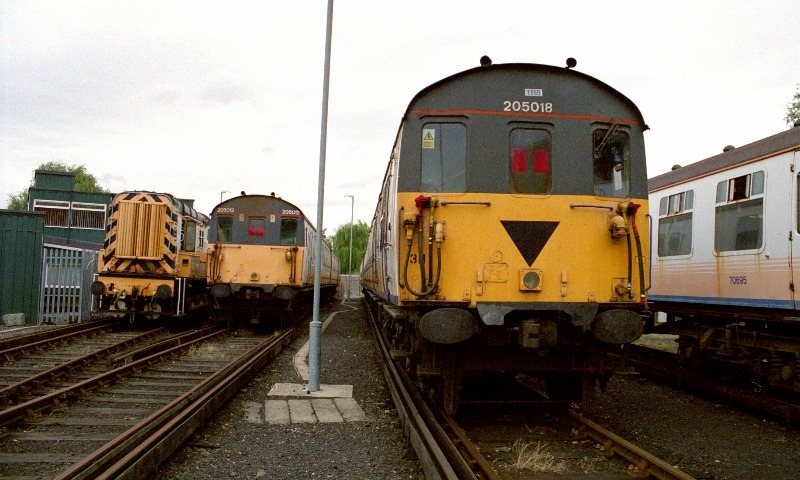 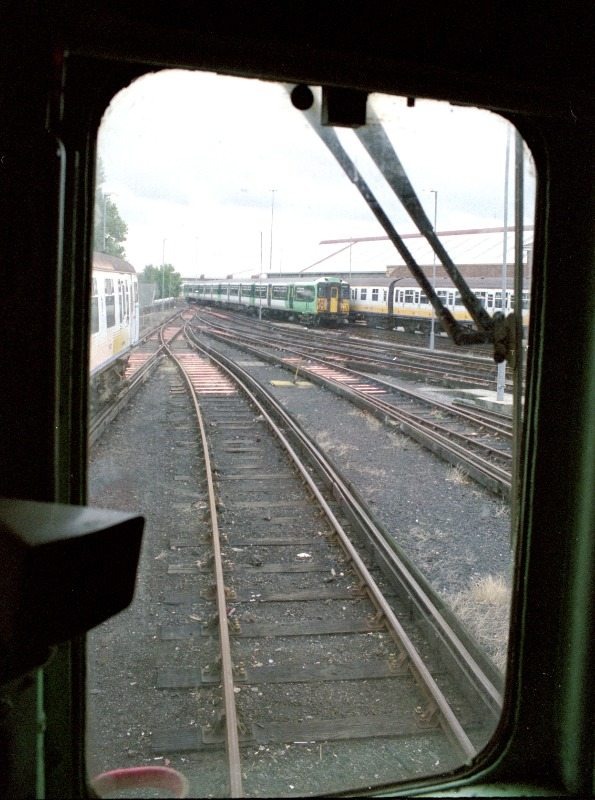 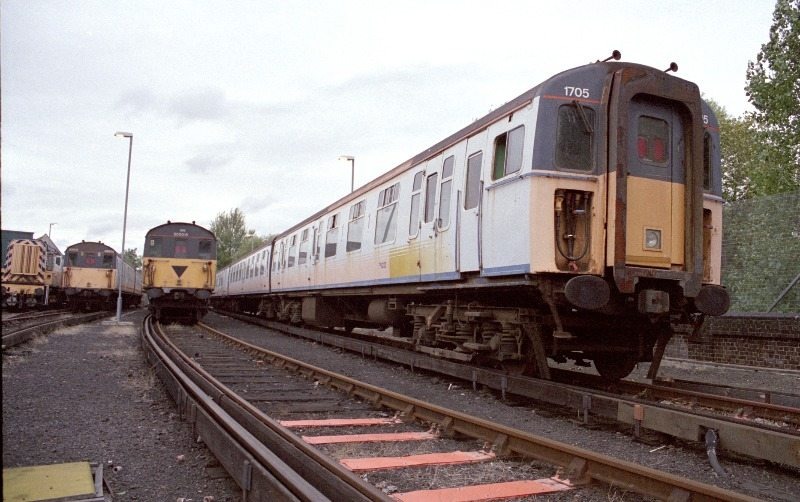 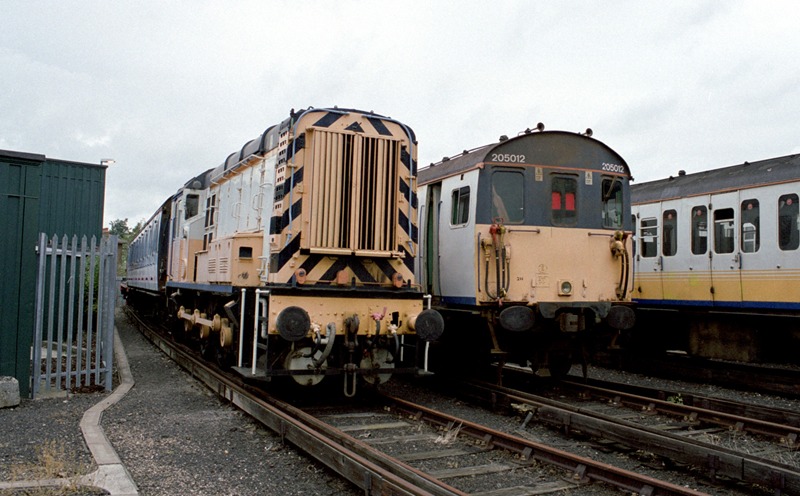 We then went into the main shed where we saw a number of the Thumpers replacements the 171's.This is a 170 I hear you cry, but after the first few were delivered they were classified as 170, but a number of modifications were made including different couplers to make them compatible with the 377 EMU's if there was a failure. So as they were incompatible with other 170's they were reclassified, so this is a rare shot of a 171 before modification.

205012 was withdrawn due to body corrosion but helped other units live on, in this shot of 205012's engine room you can  clearly see something sticking out from the crank case cover.

This Engine was in unit 1317 when it failed but as 205012 was in a poor state it was decided to change the engine which was the final nail in the coffin for this unit. 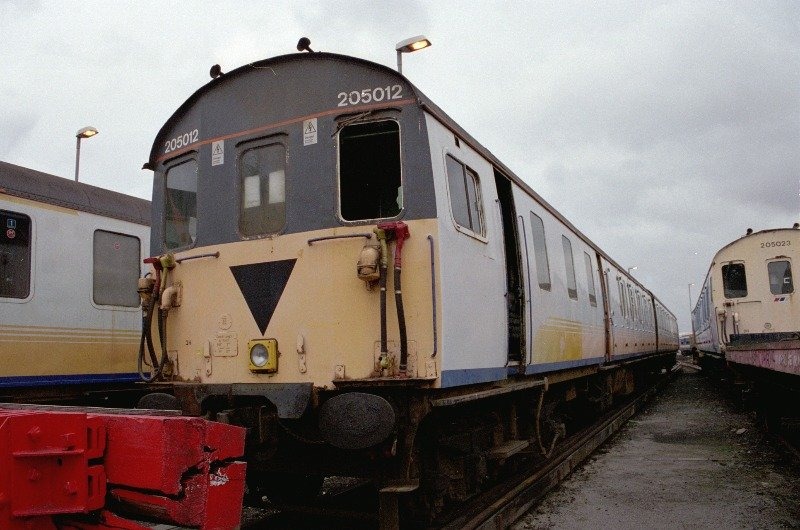 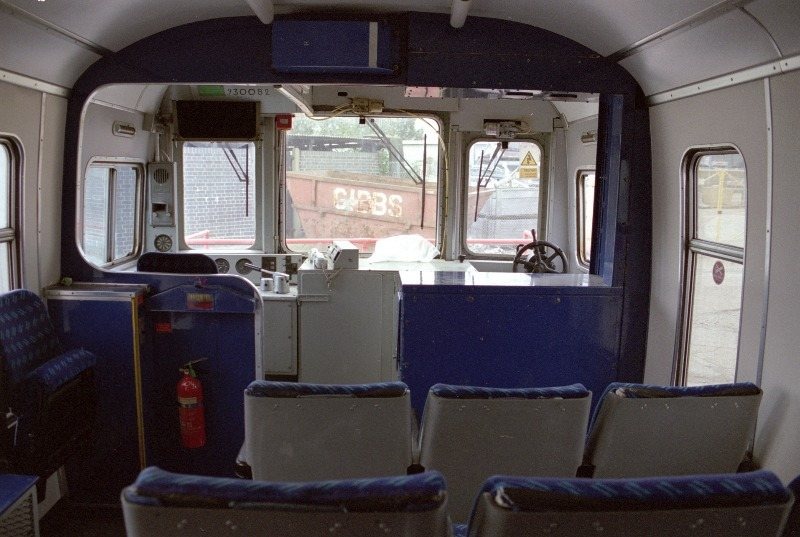 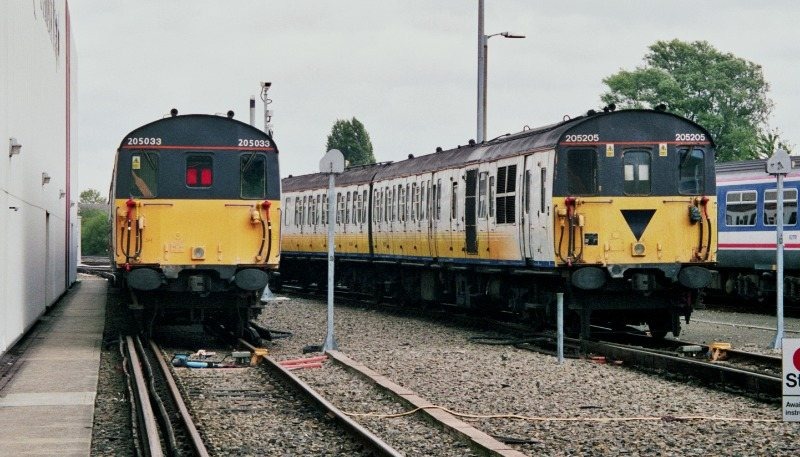 if your wondering what it was like inside, this is it.

Back outside we saw 205033 and the unique 205205 which had been reduced to a 2 car unit and withdrawn a few days prior to my visit,205033 however was in full health and stayed in service long enough to work the "Last Thump" Railtour

The final thumper of the day on my visit was 205009 I couldnt get any closer as it was being prepped for that nights run from London Bridge to Uckfield, and about 5 minutes after this shot was taken it moved off.

After having a look at '12' we strolled around to 205018 which was standing alongside and up into the cab of the motor car.

As it was ready for service the engine was fired up for us but unfortunately due to an EMU being parked too close to the points on the adjacent track we couldnt move the unit due to risk of fouling. 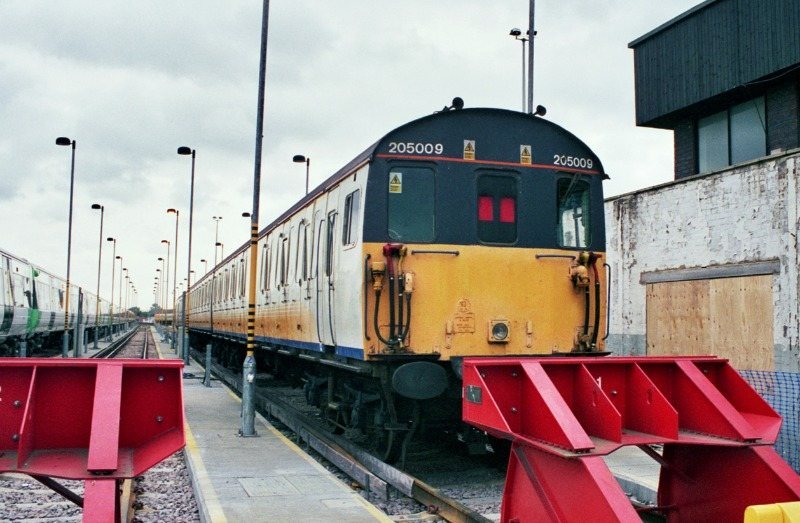 Another interesting unit in the depot that day was the former EMU which had been converted into a route learning car No 930082.

Its off appearance came about when the corridor connection was removed from the front and a large windscreen was added.