The train wash has been mentioned a few times in this article so we felt we should show it.

Here is a couple of shots by Andy Grant of 1014 passing through, the platforms in the foreground is the disused platforms of West Marina Station

To finish off a couple of sad images. 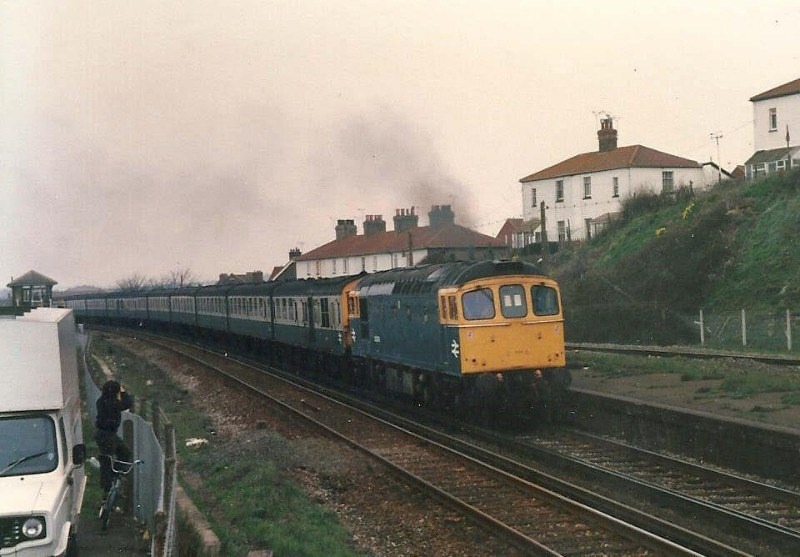 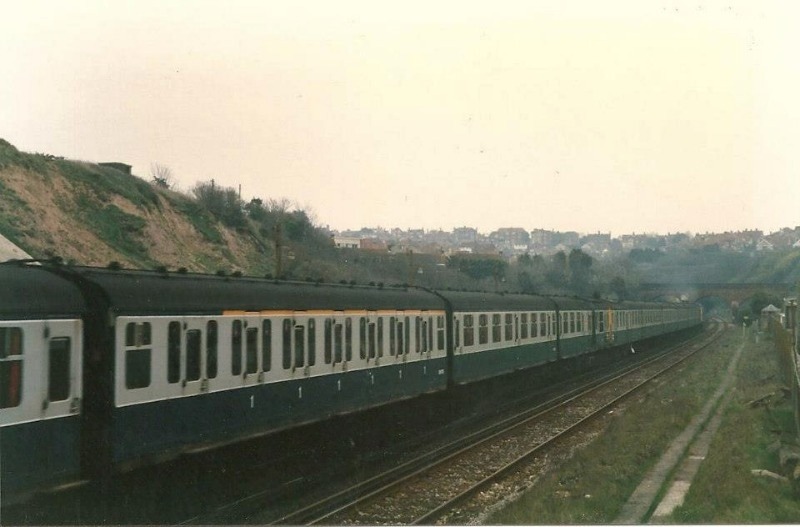 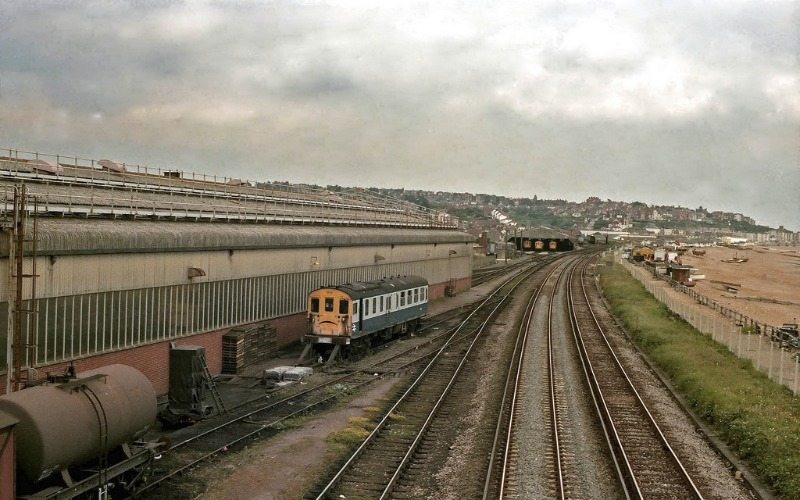 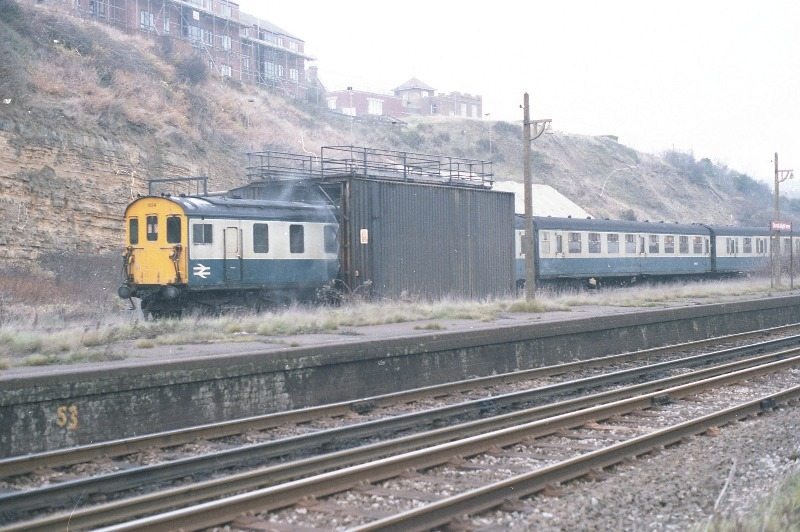 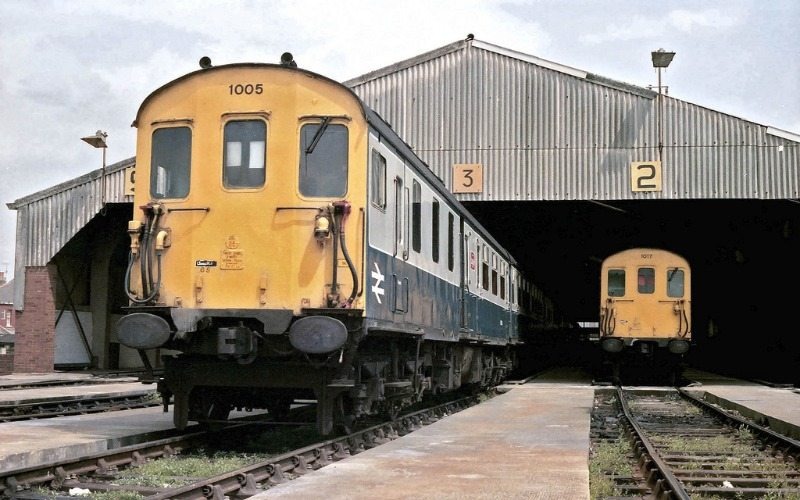 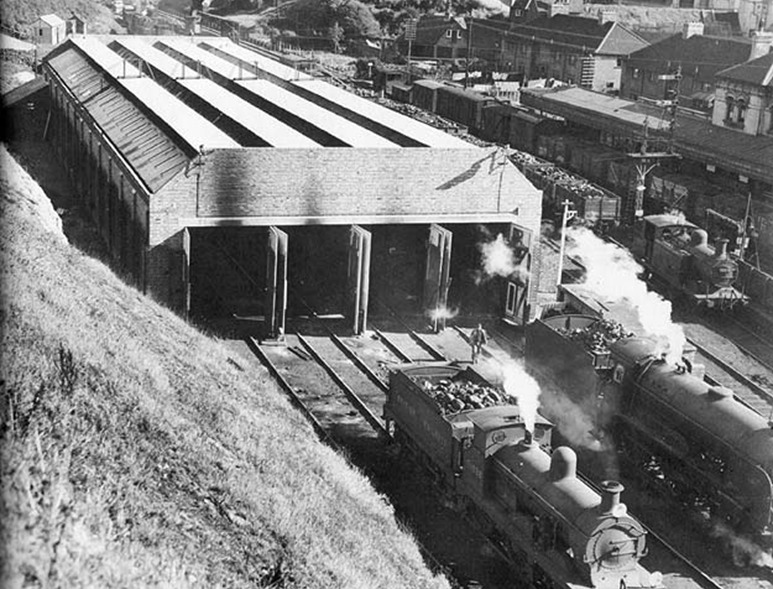 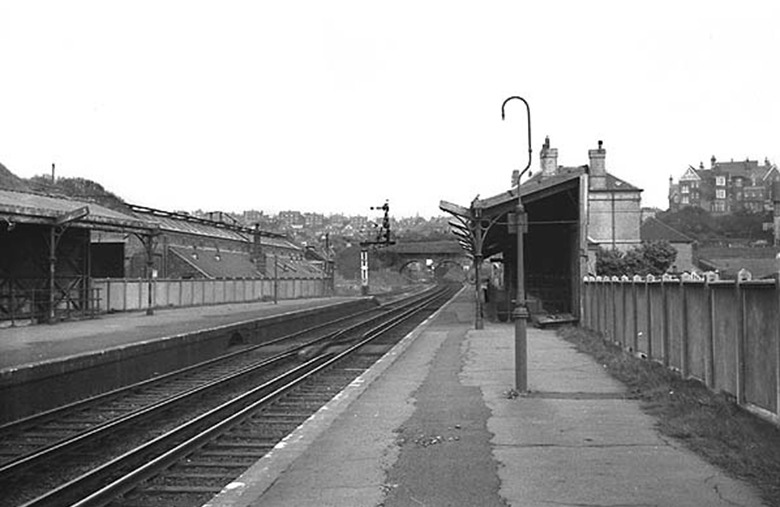 West Marina station taken a year after closure in 1968

When it was decided to build new sheds for the DEMU's the land to the west of the existing depot was selected.

Image from the David Markwick Collection

Image from the David Markwick Collection

The other shed built on the site was the running shed, which was just used for stabling units between duties. When the Hastings Units were withdrawn in 1986 this shed was electrified and used as a replacement for the depot at Ore.

Towards the end of the lives of the Hastings units many would be parked alongside the maintainance depot to be used for spares, which is what was happening to 1031 in this shot by Alan Towner

Bo-Peep depot in 1949.This area later contained the train wash for the diesel depot. Bo-Peep Jcn is located just beind the bridge in the distance, the stattion alongside is the former St Leonards West Marina station 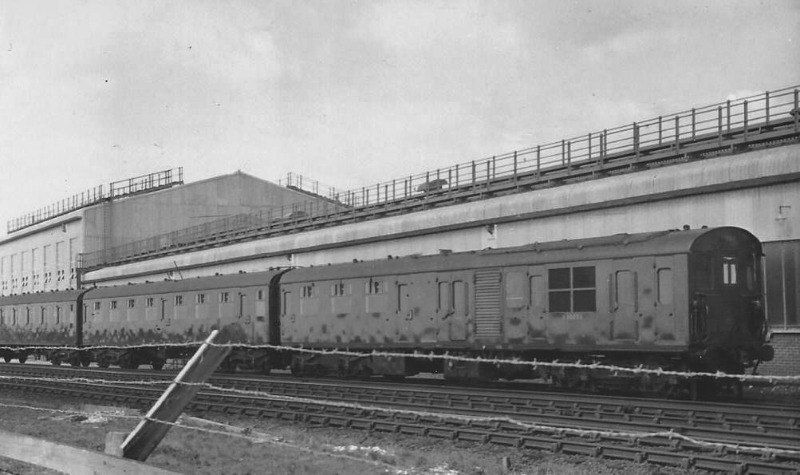 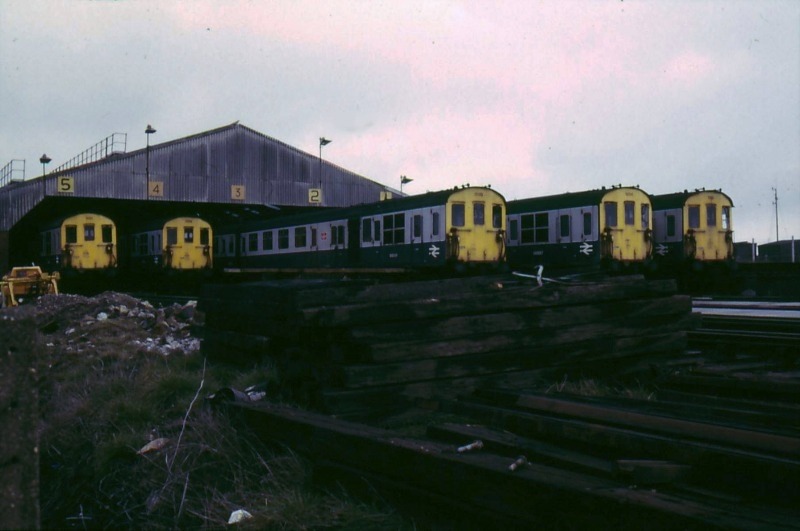 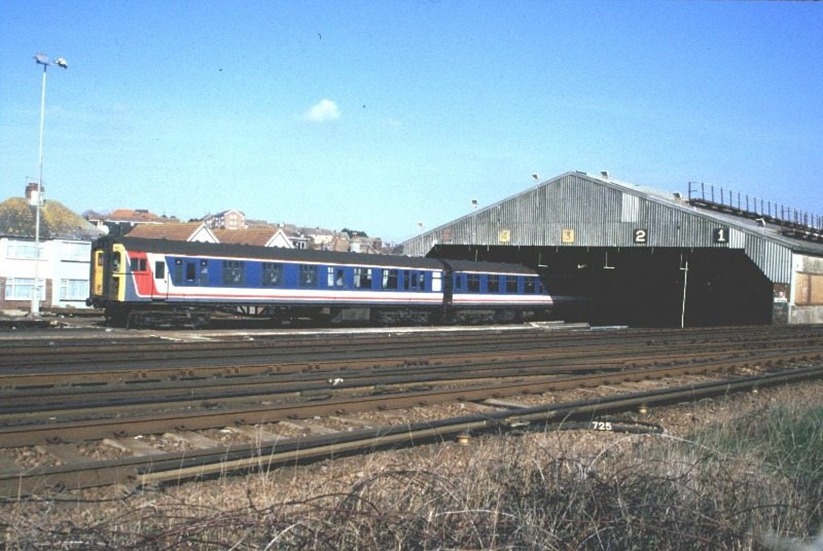 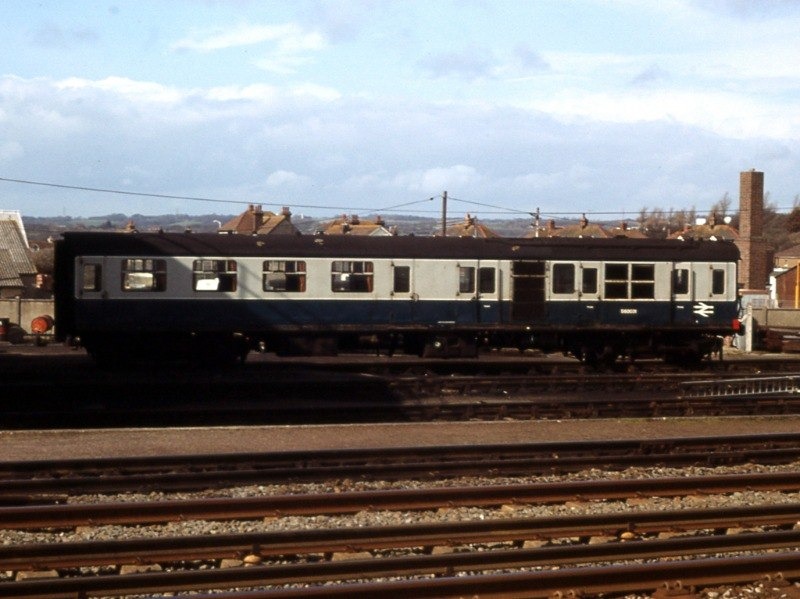 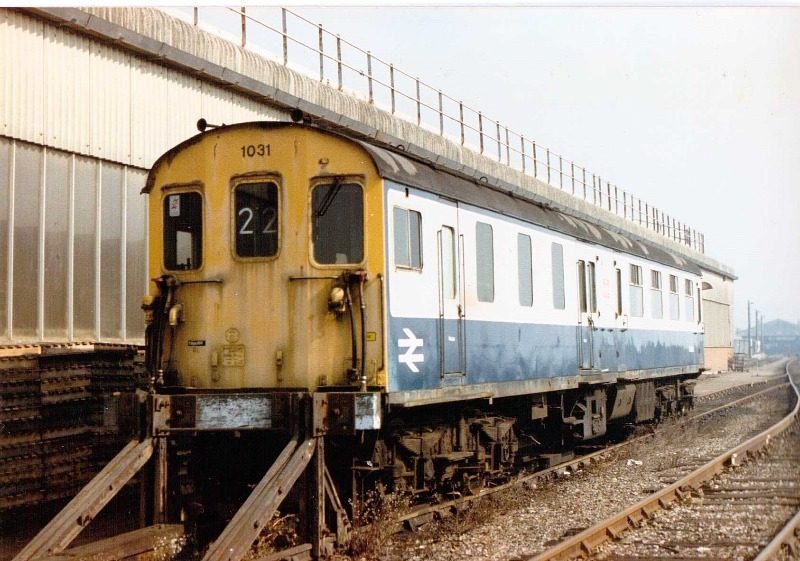 Looking west from Bo-Peep Jcn unit 1111 heads towards Hastings, to the right of the image is the train wash which is on the site of the old Bo-Peep engine shed. 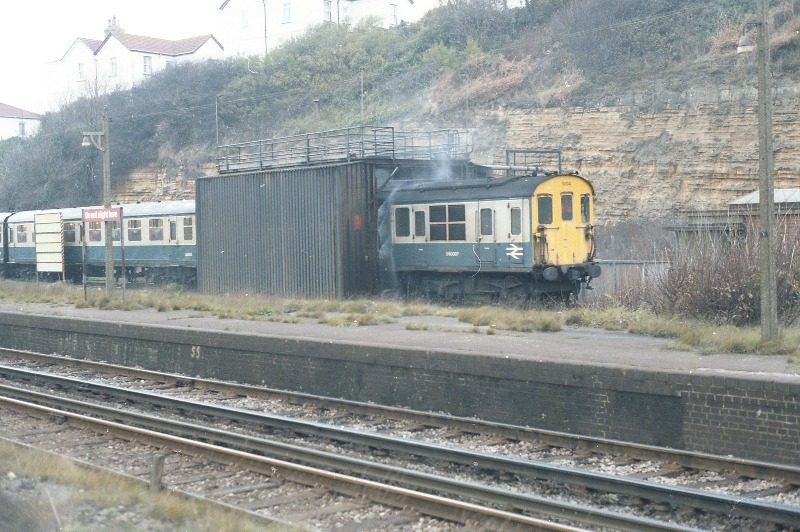 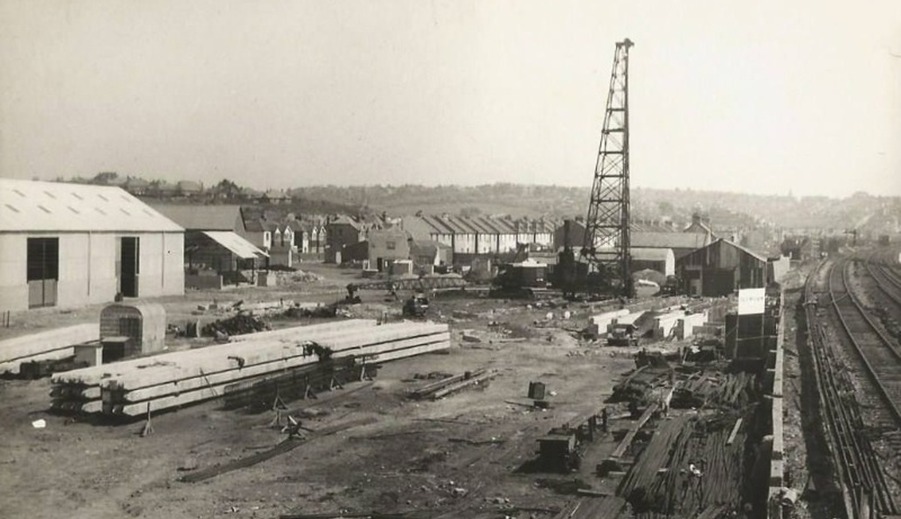 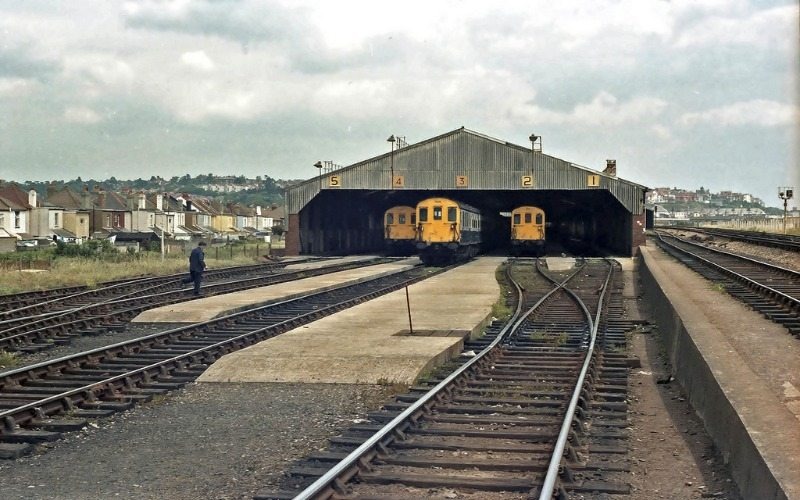 1019 was used as a source of spares, here is one of the motor cars with a sad face parked alongside the maintainance depot in July 1985.

This image is looking towards Bo-Peep Jcn with the running shed in the distance, also this image is taken from more or less the same spot as the one of the shed under construction.