I have scanned five slides of an unusual working which took place on Saturday 28 April 1979. 6B unit 1035 was away at Swindon having a protracted overhaul which lasted from January until August that year. Its buffet car had already come back (to run in unit 1031 temporarily) but in late April unit 1012 was 'stopped' with a defective TFK (60707) so arrangement were made to send two power cars to Swindon on 28-4-79 to collect the TFK of 1035 which was ready and bring it back to St Leonards to run temporarily in unit 1012. Here, the two MBS coaches of 6B 1037 (60044/45) approach Reading on the Down Relief line. 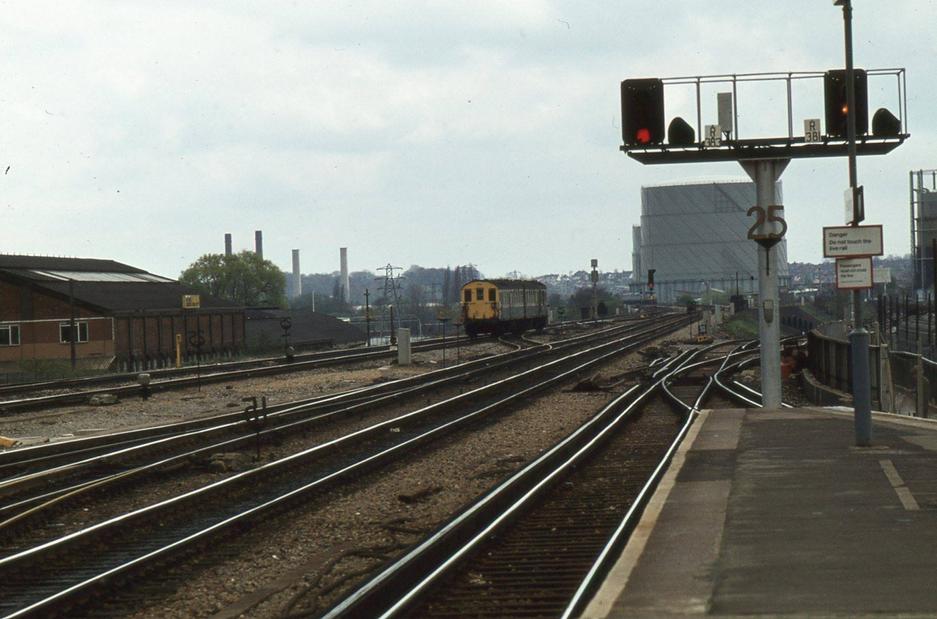 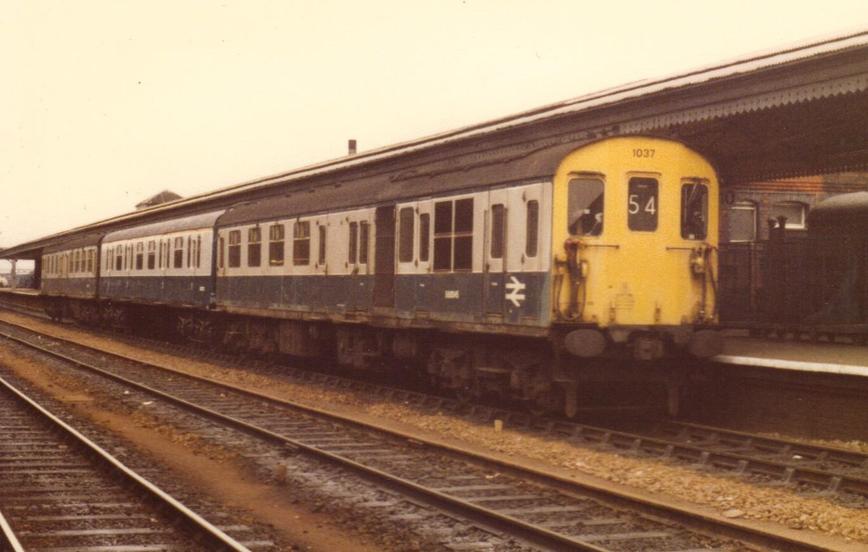 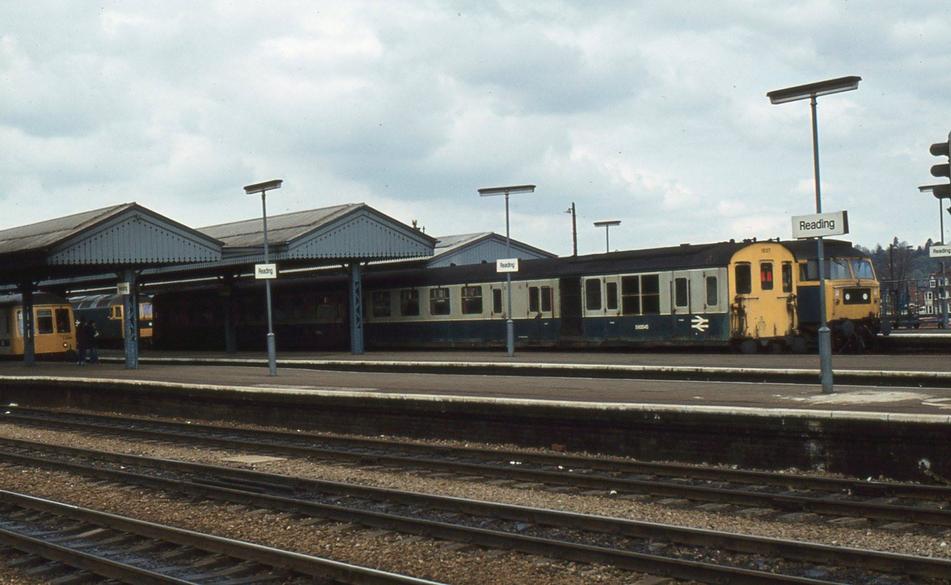 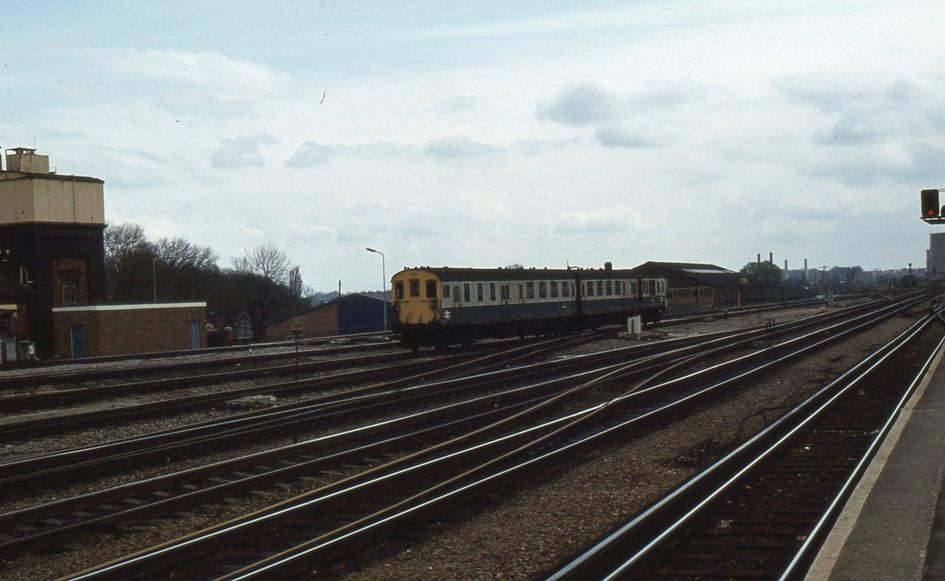 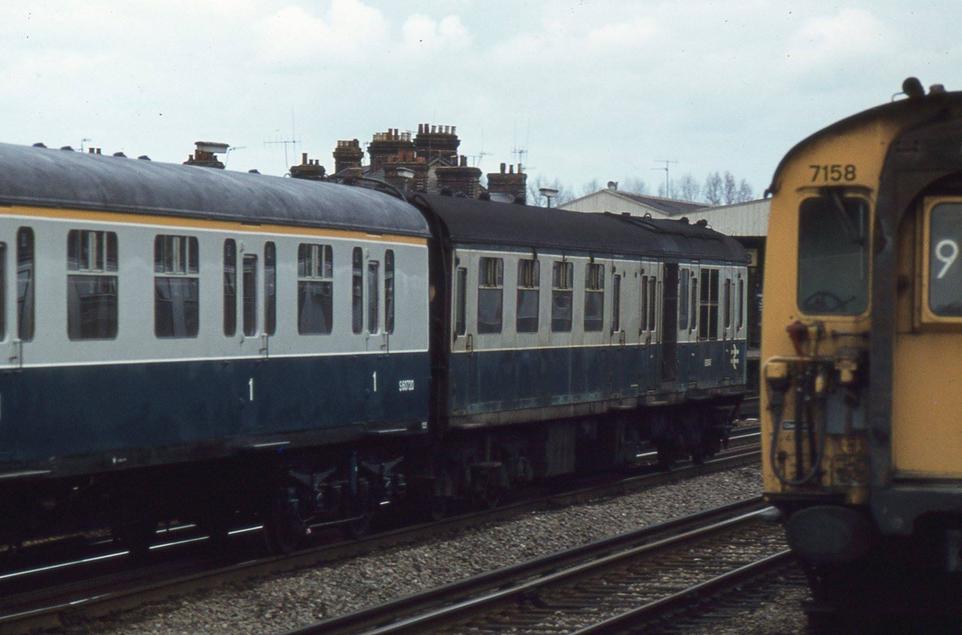 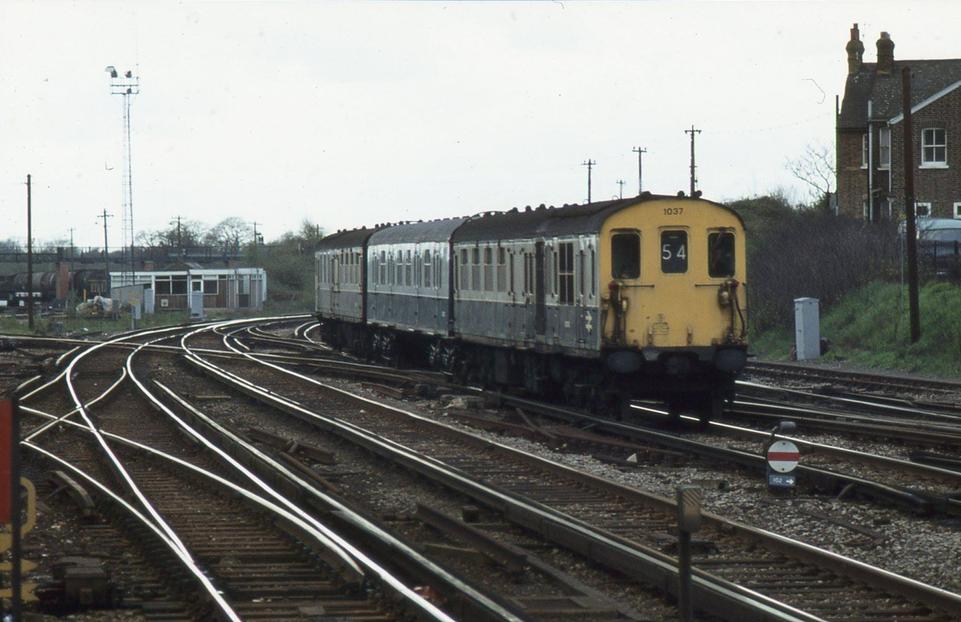 This article started by the photo above posted by John Wheeler on a Facebook site called Reading General Station.

its showing the motor cars from unit 1037 hauling a freshly overhauled First. So I was wondering why this formation came into being, was it a hastily made up unit to cover a shortage of units on service or was there another reason.

fortunately John Atkinson from our Facebook Group put us right by informing us that a number of vehicles were overhauled in Swindon and two motor cars were used on the vehicle transfers.