50037 Illustrious is in the collection. This was gutted before it was acquired and has been sealed up and is basically used as a store 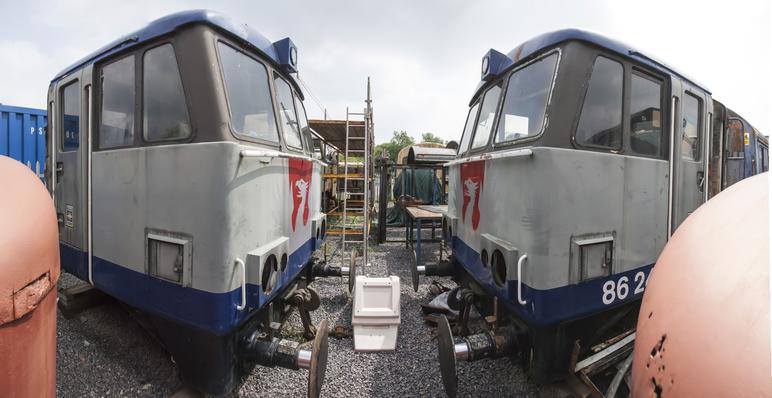 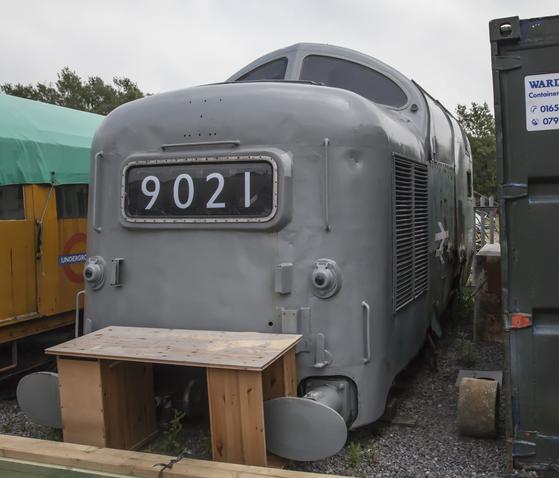 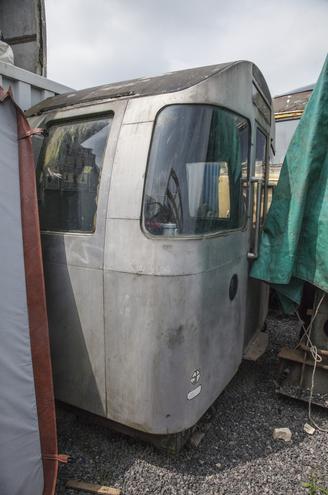 Sometimes you find in preservation someone who on the surface makes you think "what an odd hobby" or "why do that' until you actually look into that persons hobby you realise why.

Richard Benyon is one such man he has set up a group where he collects locomotive cabs.

There is one simple mantra he sticks to and that is is the locomotive is to be scrapped then he will take take the cab. If there is a chance of the locomotive or unit being saved for preservation Richard will step aside, there has been cases where this has happened and he has helped the relevant group secure the locomotive.

How does this relate to Thumpers I hear you all cry, well in 2016 Richard became the proud owner of the cab from 207013 which bit by bit over the years was stripped for preservation, so when it was finally cut the cab was saved.

At the moment Richard is working flat out to save as much as possible so for the time being there isn't the man power or resources to restore the cabs, this will be done at a later stage once the collection is complete 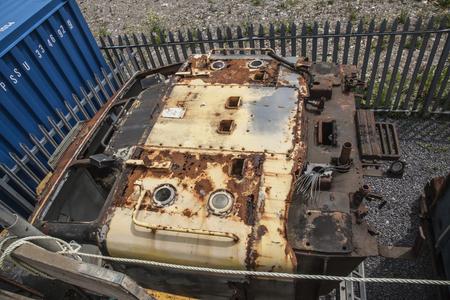 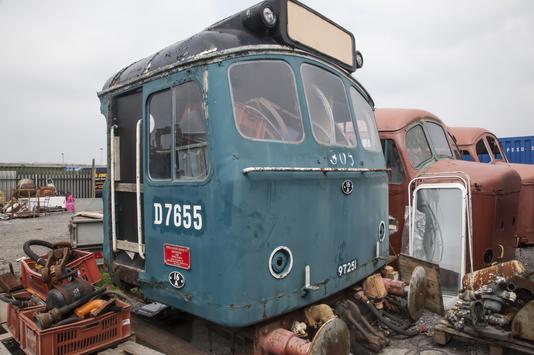 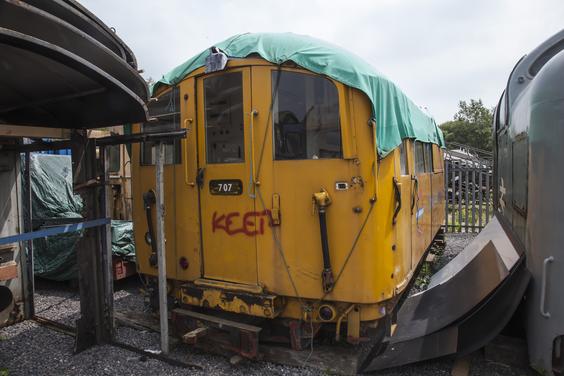 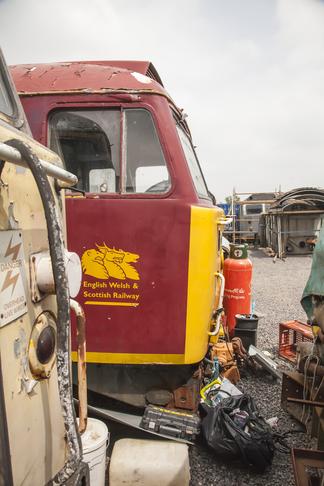 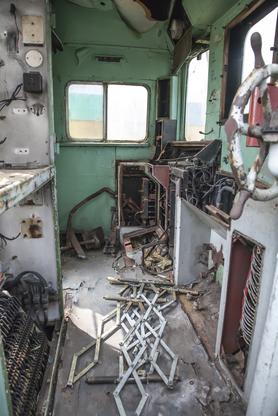 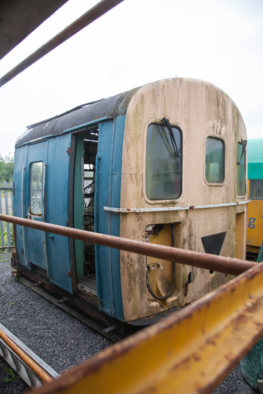 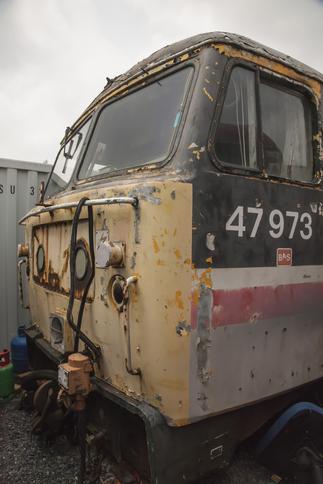 The next two cabs come from the same locomotive 31144

they are both in pretty rough condition and I know the plan is to save the best one using panels from the worst one.

​This is a 72 Stock train some of which are still in use on the Bakerloo Line, this particular example was originally purchased from the Underground for a horror film called Creep which was made on the Tube, eventually it found its way into the collection. 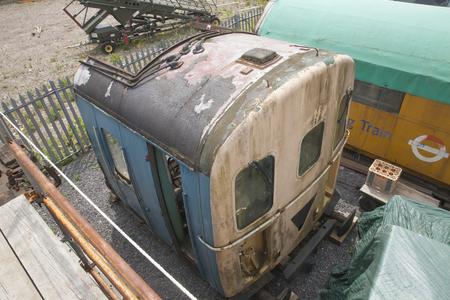 It is in a unique Euro Phoenix livery which has since been applied to some 37's & 87's, this locomotive was the testbed for that colour scheme and never ran in service with this paint job. 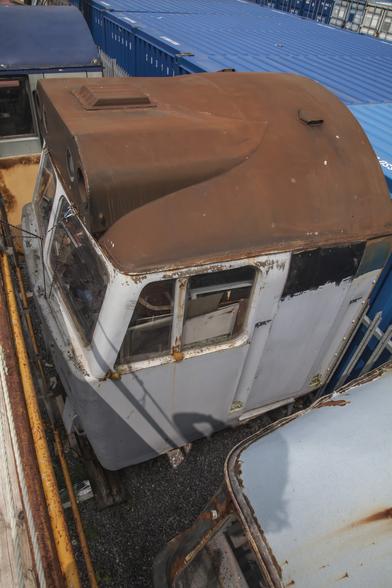 A new arrival is 58008, this was delivered a couple of weeks before my visit and is untouched from when it was withdrawn 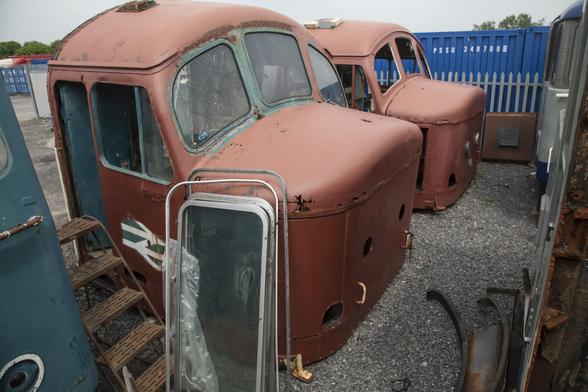 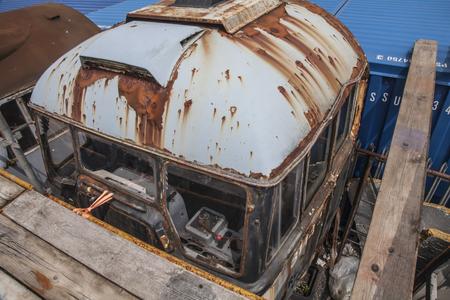 these are in Pretty good condition and don't need that much work to get them to exhibition standard. 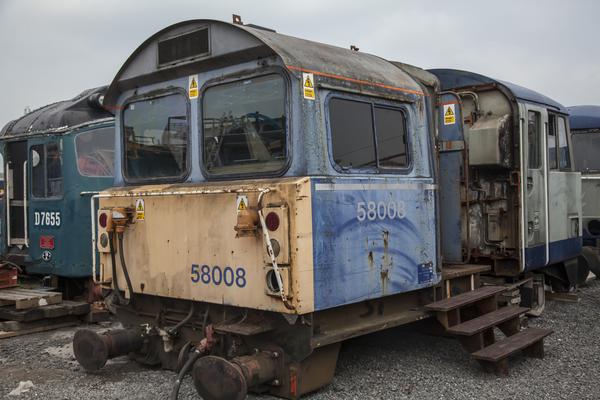 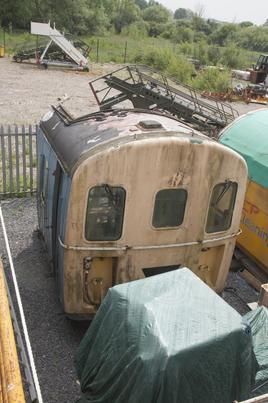 The last Deltic to be built is the star of the collection. 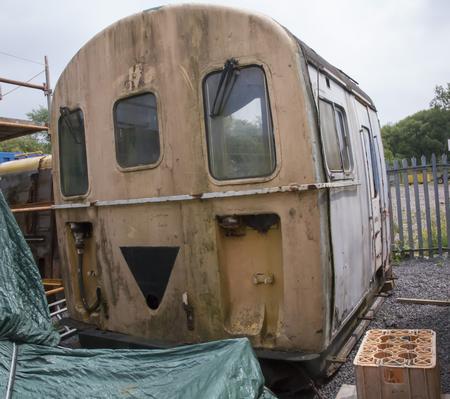 The next two are both Peaks

The other one is 45140 which came along with 25305 from the famous Mel Thornly collection.

One of the gems of the collection is this 1938 Stock Tube Train.

These are normally red but after being withdrawn it was transferred to the engineers devision where it was heavily modified.

The bodyside was cut at the rear of the first saloon and the rest of the superstructure was removed, this happened on 5 cars and was rebuilt as the Tunnel Cleaning Train.

It was basically a massive Vacuum Cleaner which removed a lot of dust from the tunnels, and was in service until about 10 years ago.

The cab and saloon is complete and it still retains all the modifications from its cleaning days including the vacuum  control panel.

During my visit the site was messy as they were preparing to move to a new yard about 4 times the size, which happened a few months ago.

Since my trip there new cabs have been added including a Tamper and are now in a better position to be photographed.

To fine out more about the yard please go to 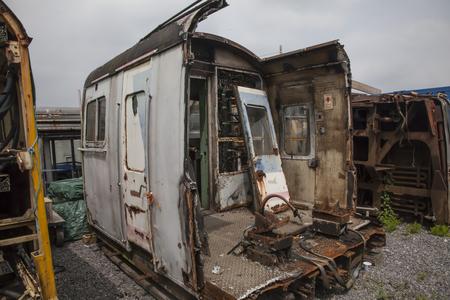