​Modern Locomotives Illustrated No 218 is all about the Thumpers and they have a few images Im going to use here. 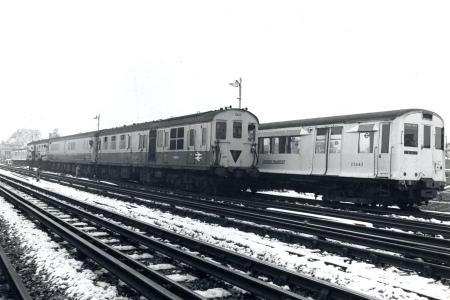 We also have some images of some Hastings Motor Cars heading through Reading. 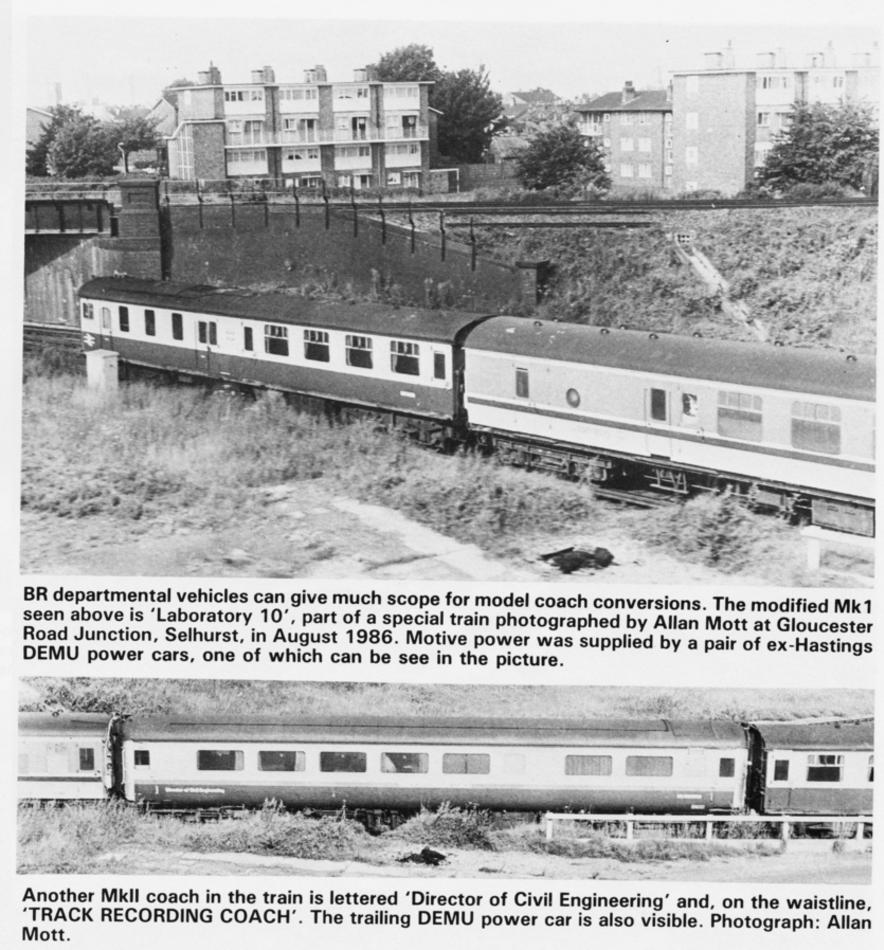 1066 was used a lot with London Undergrounds Track recording car 999666, this vehicle was modified with standard main line hight couplers so it was also told it had through wiring so both ends could be used in multiple.

This was the only Underground vehicle which was registered for the main line, I know your going to mention the District and Bakerloo lines run over BR Track but there special dispensation was given to run where this vehicle could run anywhere on the national network and like the Hastings vehicles given Code 0 gauge clearance so they could run anywhere.

Another one of the same combination is from Ian Allens, British Rail DMU's & Diesel Railcars by Brian Morrison shows the combination at Colchester open day in May 1988 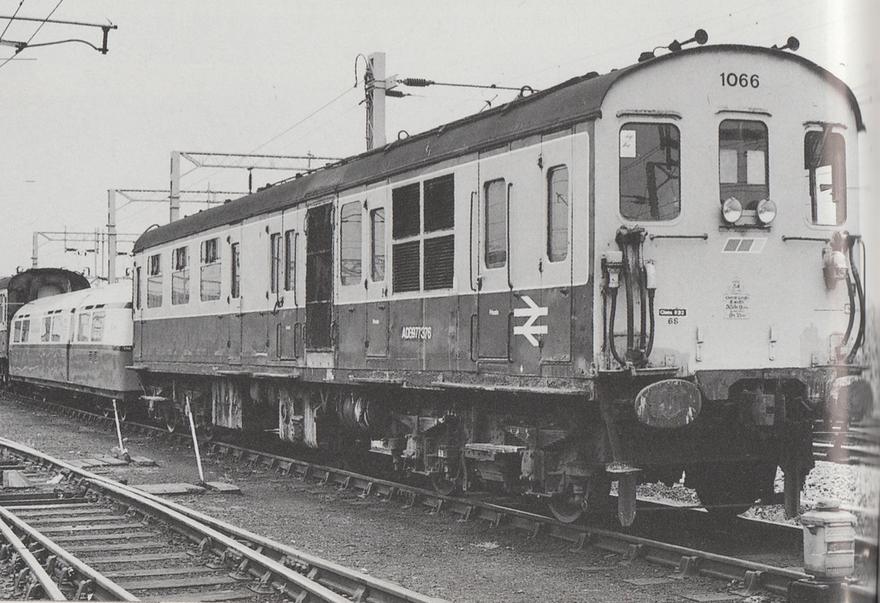 On the London Transport Museums Website there are these 4 images taken by Peter Wilson of the Motor Cars from 1003 flanking test car DB999550 on the Underground.

They are taken at Parsons Green on the District Line with an R-38 stock approaching on a Tower Hill service, if you want to find out more about these pics go to the LT Museums website and put DEMU into the search 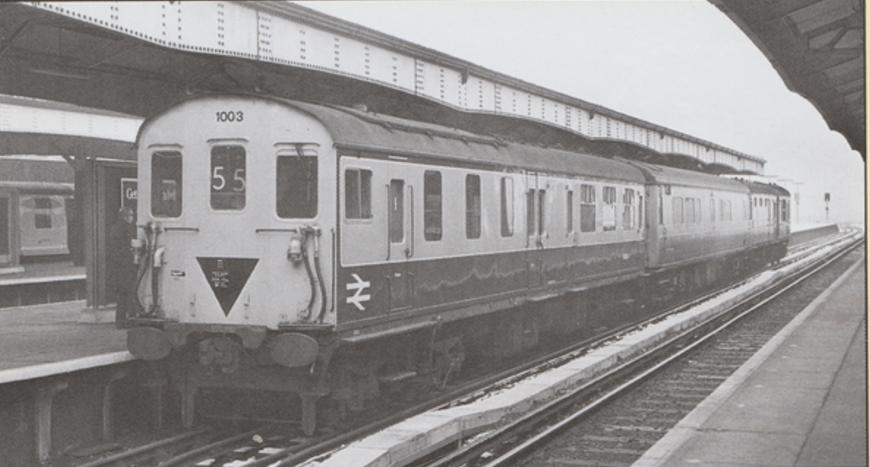 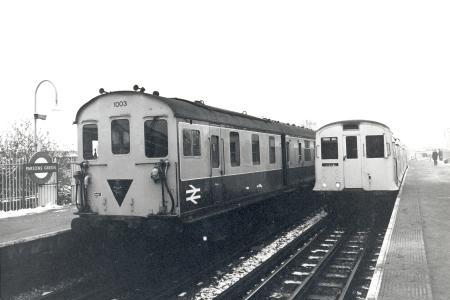 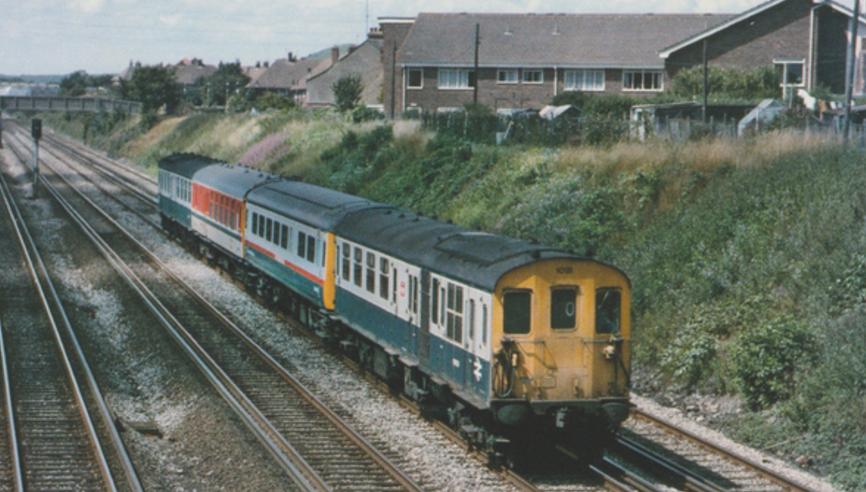 Another one which could be claimed to be on Underground territory is 1003 seen with 999550 at Wimbledon.

Above, the motor cars from 1006 have been borrowed to haul the high speed track recording car which is normally hauled my locomotives

This is another one of the imaged from ​Modern Locomotives Illustrated No 218 at St Pancras station in 1987.

The vehicle in the middle was ADB975032,Test Car Mars and was an ex Class 501 which was used for various traction tests. 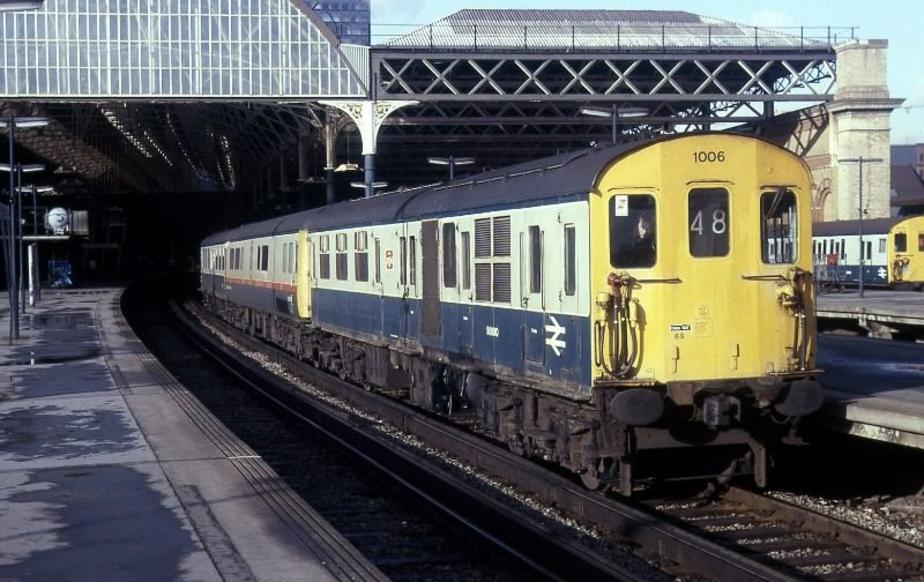 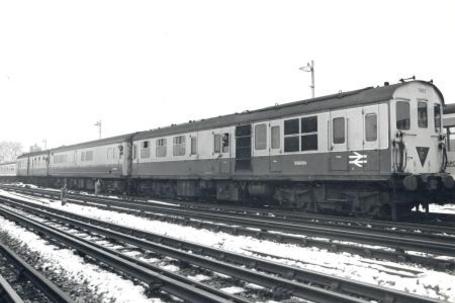 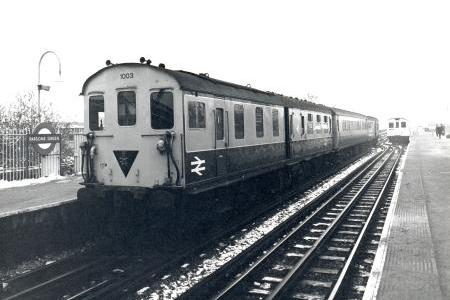 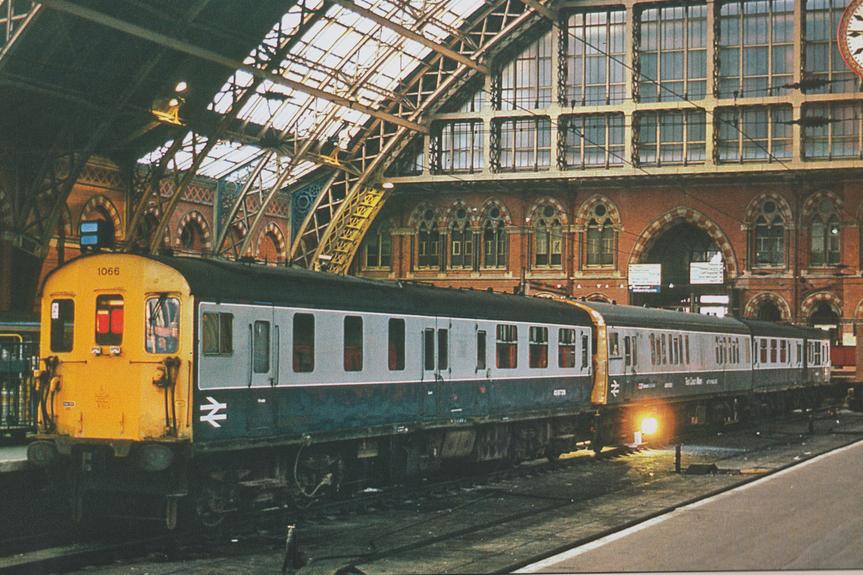 A few of the Hastings Motor Cars were used in temporary formations with BR test coaches.