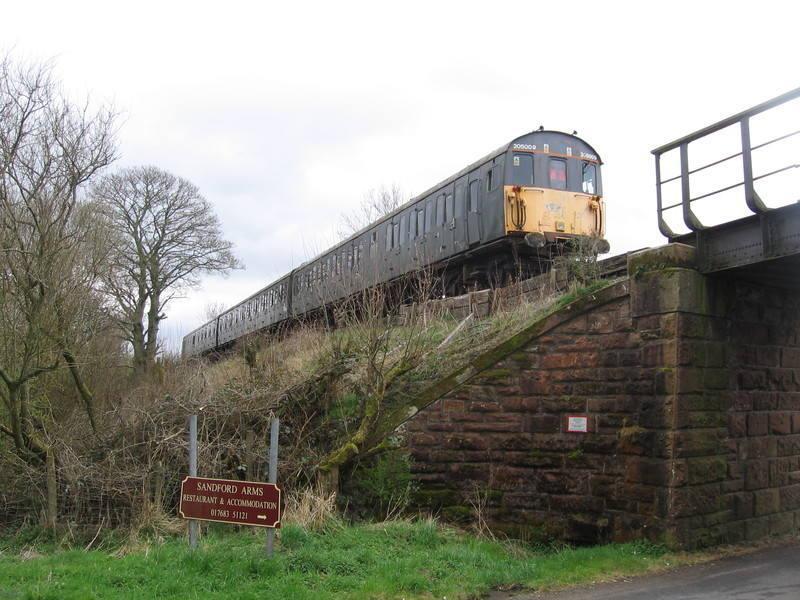 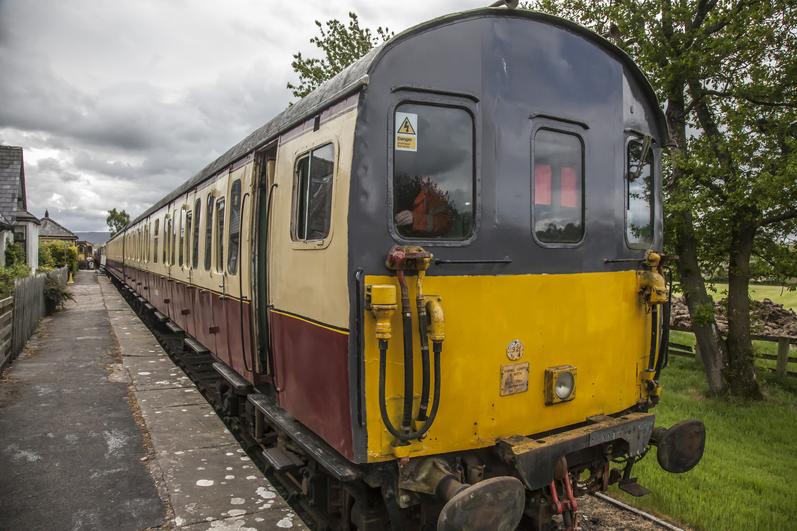 A few years ago they managed to remain it into a non authentic livery which looks great.

This livery was being used on coaching stock at the time Thumpers were being built so the decision could of been taken at the time to paint them in this livery.

The other side has been painted in another non authentic livery, this time Western Region.

Personally I like this livery more, perhaps its growing up on the Western has done it.

The unit is the main form of motive power for the line and is in use on 3 Sundays out of 4.

It is a very interesting line and well worth a visit if you head up north.

One unique thing they have done is fit the MLV's with batteries and once a month use it to power a CEP.

If your heading up north at all please keep in mind the Eden Valley Railway for a visit, its not that big but with friendly staff and some interesting stock as well as a Thumper its well worth a visit 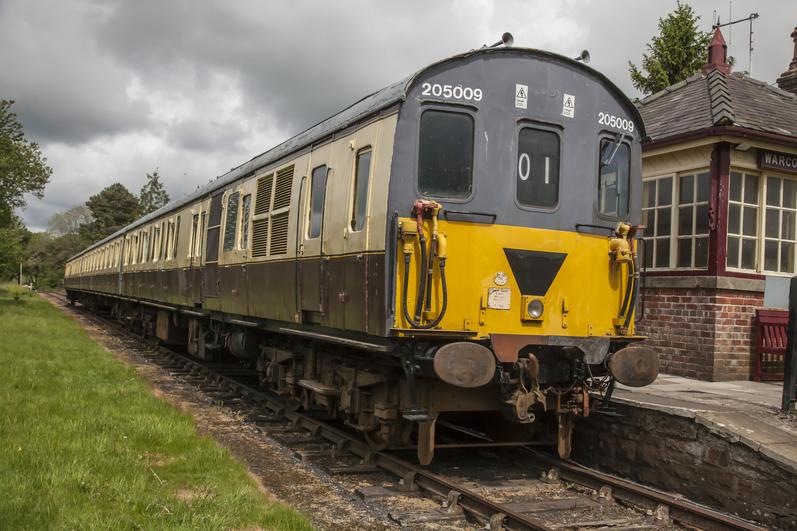 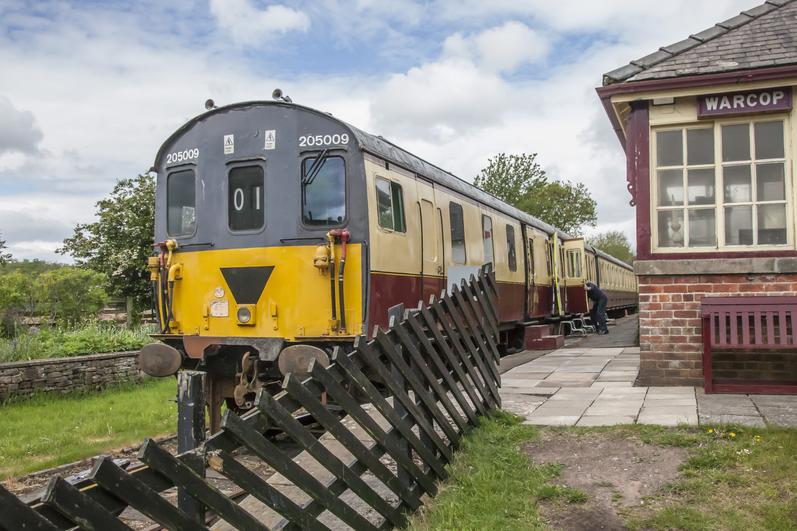 When it was first preserved one side had been heavily graffitied so in a rush to get it into service a stop gap decision was made to paint the unit green. This was just a cover up job until a better paint job could be don, unfortunately it lasted a few years as can be seen in the shot above provided by the railway.

For many people the last time 205 009 was seen was on 27th November 2004 when it was formed into the final unit for the Last Thump Railtour and it wasn't really seen by most after the tour finished.

What happened to it, well like the other units which were preserved at that time it went into storage until a list of heritage lines was drawn up.

The Fledgling Eden Valley Railway located in Warcop, Cumbria were one of the line who put a request in for a unit and after a short while they were successful. 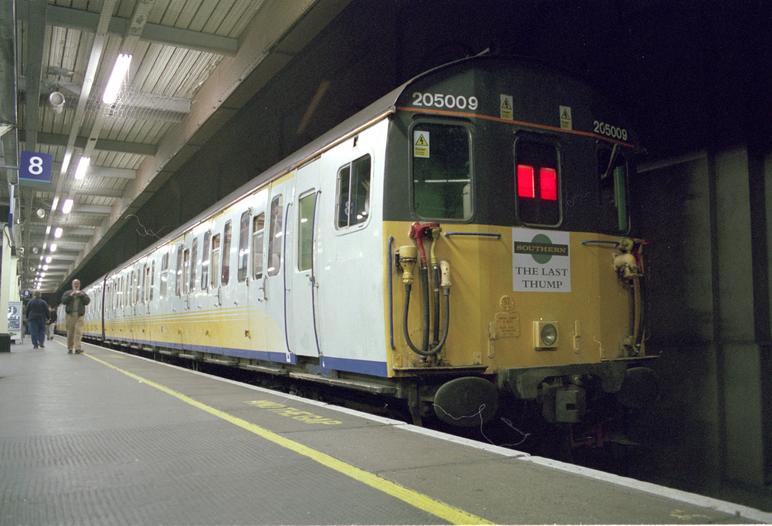