A close up of the wheel skates as the unit creeps at 5mph over the level crossing at Canterbury. 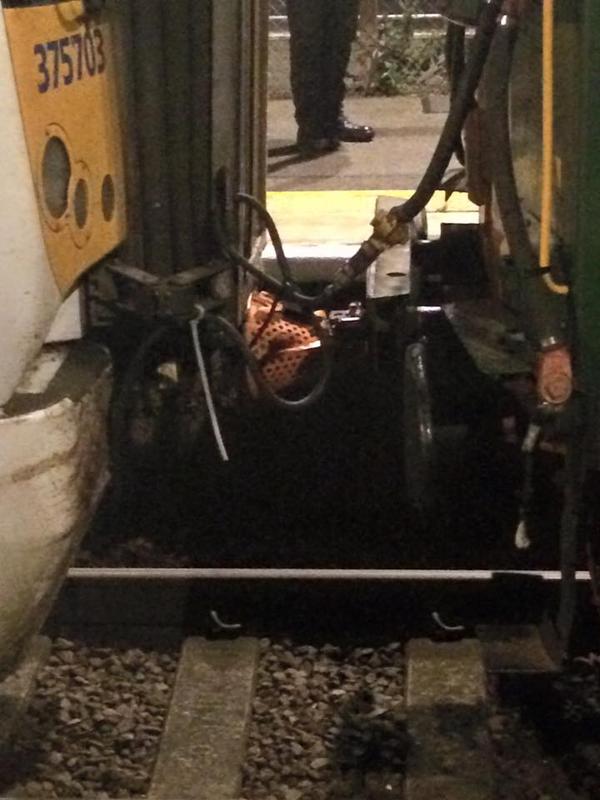 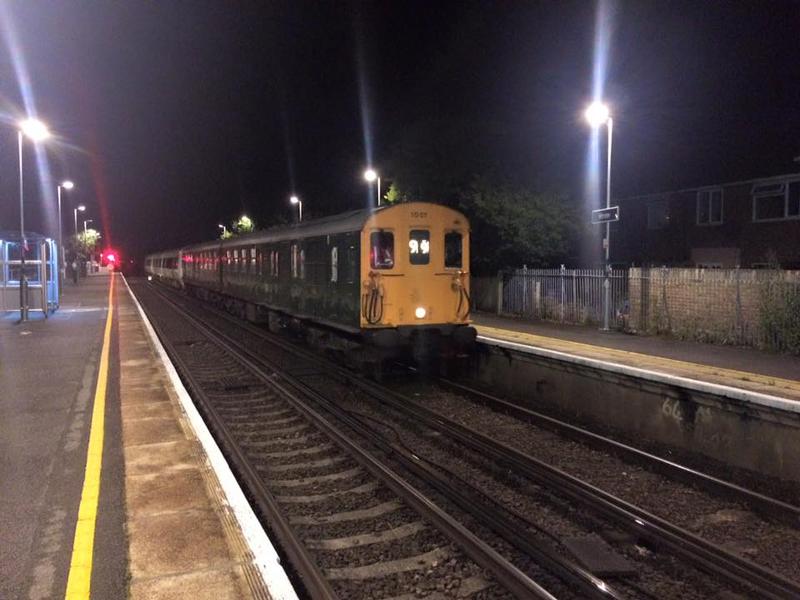 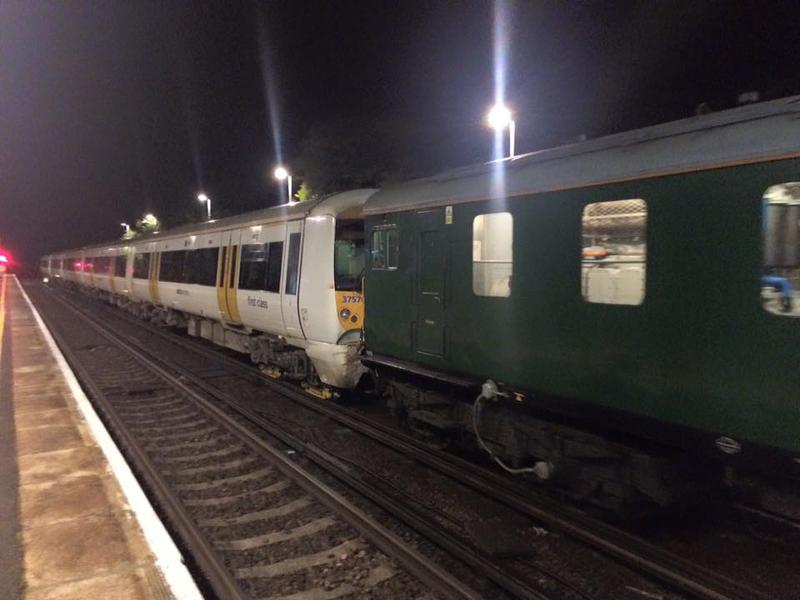 On 27th July 2015 a South Eastern EMU on the Charing Cross to Ramsgate route hit a herd of cows which had wandered onto the track.

The incident happened at in the Godmersham area between Wye an Chilham, I wont go into the incident but here is a BBC report about it.

What makes it interesting is the motive power used to rescue the train, it was the Motor Cars from preserved Hastings Unit 1001.

It left St Leonards at 20:00 getting to Canterbury West at 22:00 then working its way into the posession to rescue  the stricken unit.

Thumper to the rescue

The outward trip with the two motor cars was on real Time Trains here is the pathing times, as the return was more on a Ad-hoc basis there were no timings published 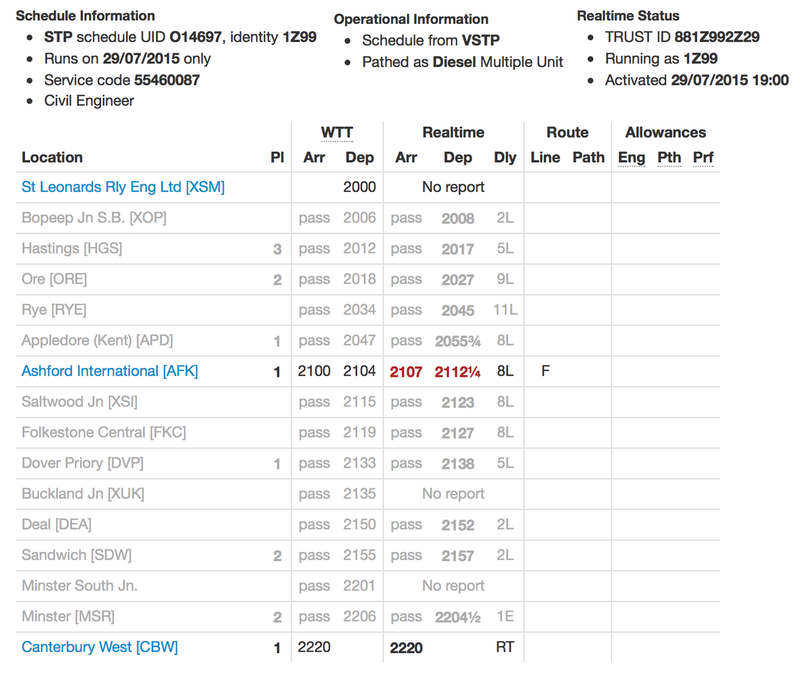 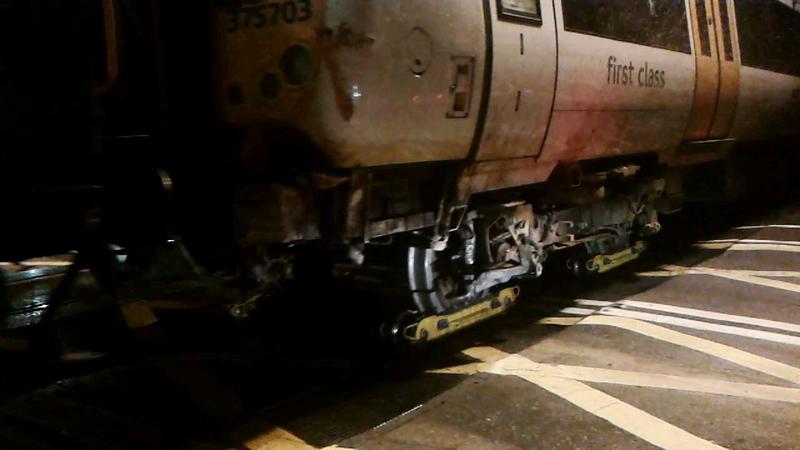 A nice shot of the Delener coupling adaptor which converts the modern couplers to the conventional type, Also an air pipe extension has been added to the EMU 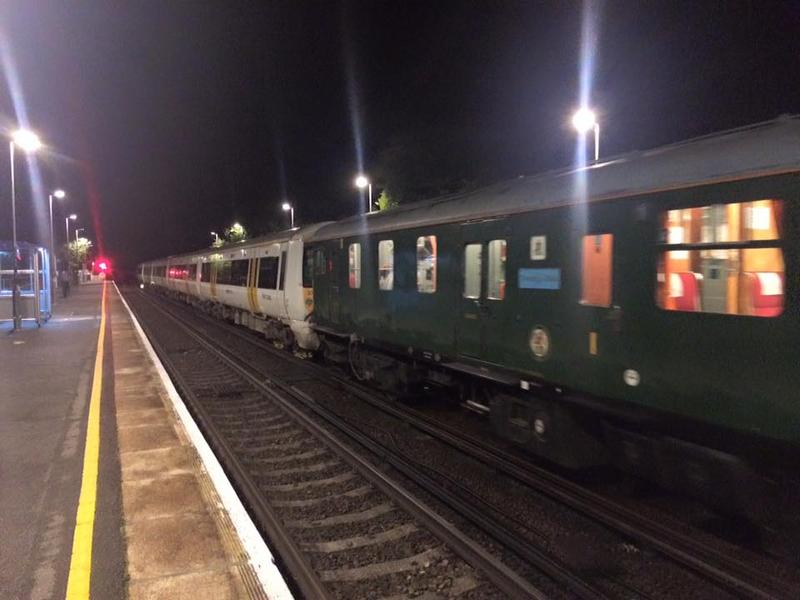 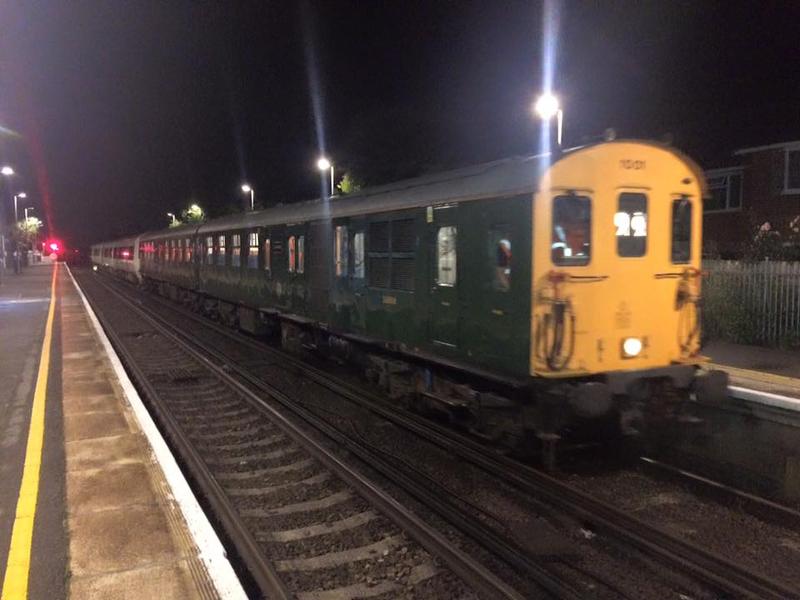 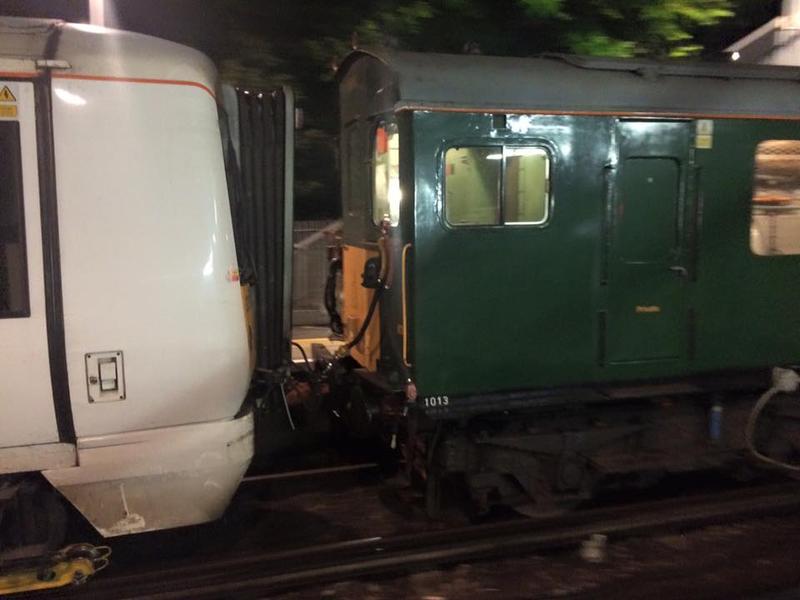 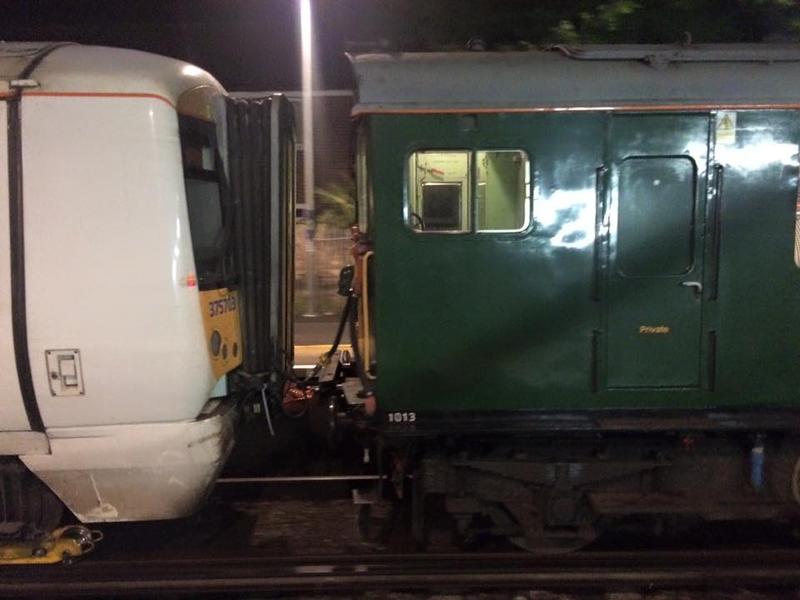