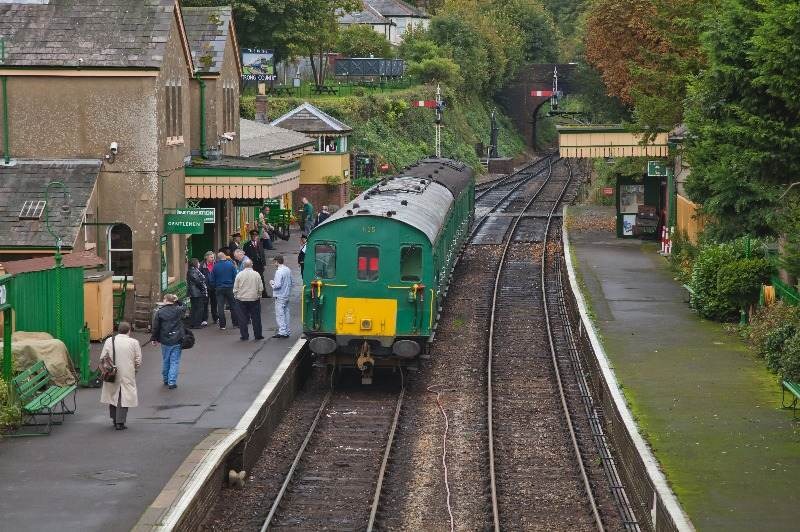 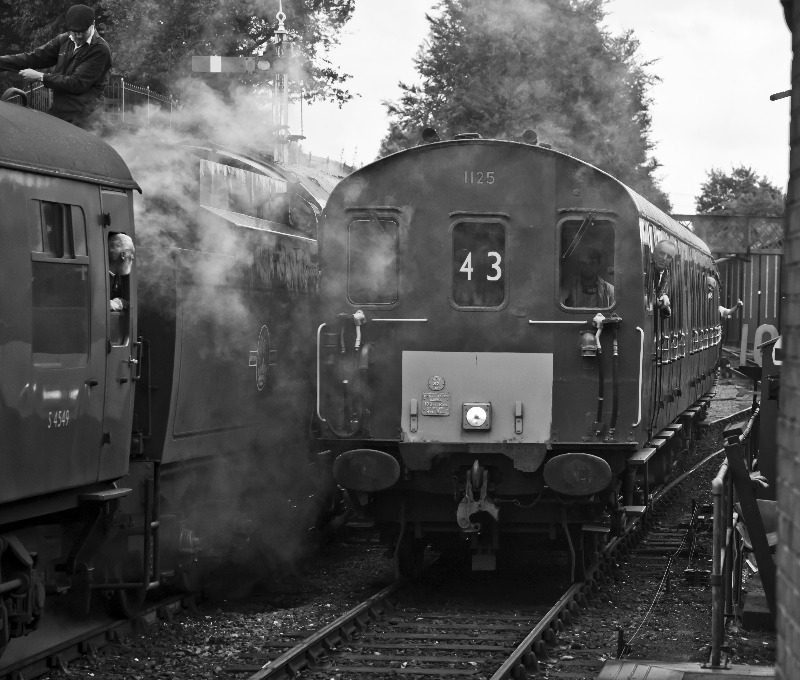 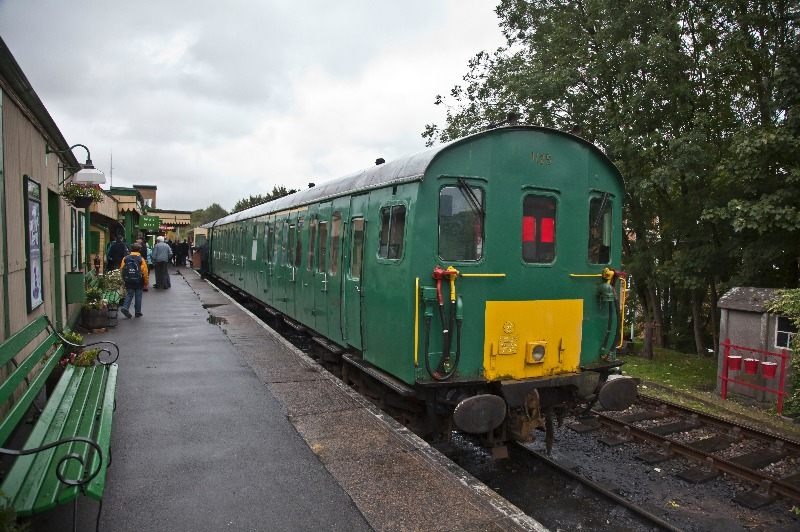 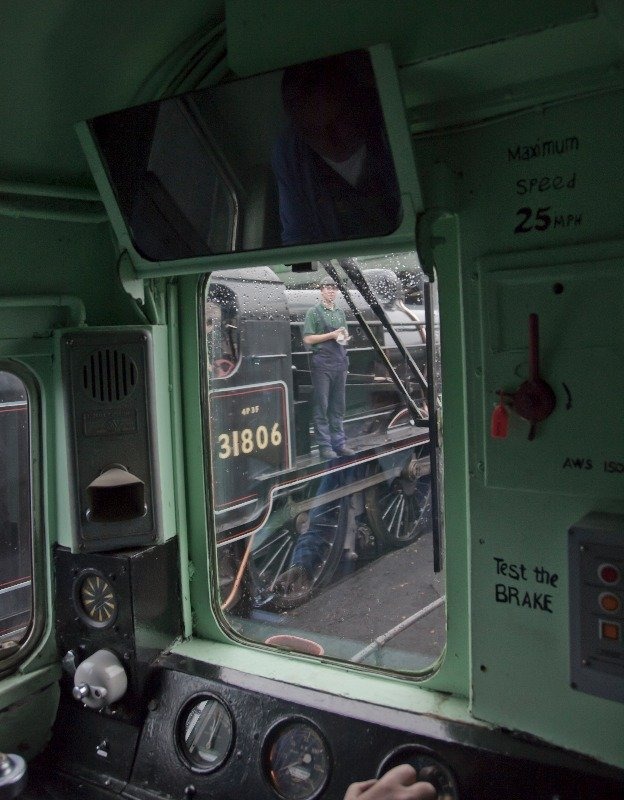 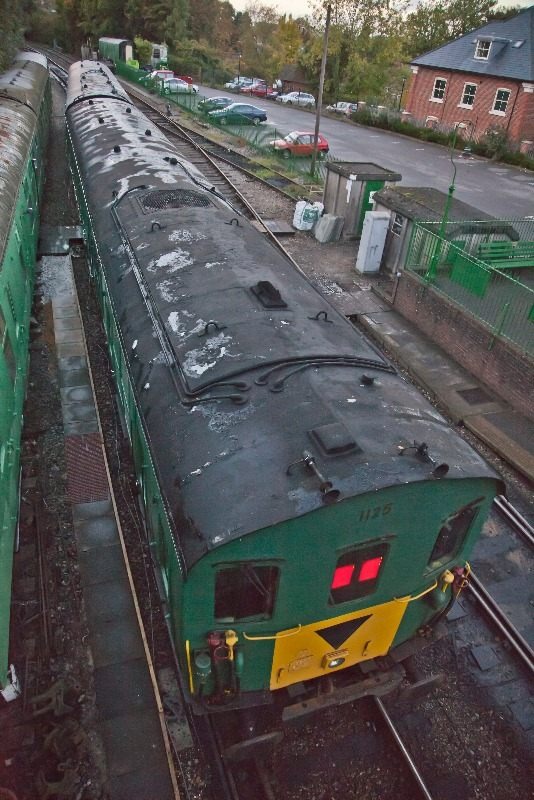 Passing the loco shed at Ropley, one of the locomotive engineers stops to admire the fine sight of a thumper passing his inferior form of motive power. 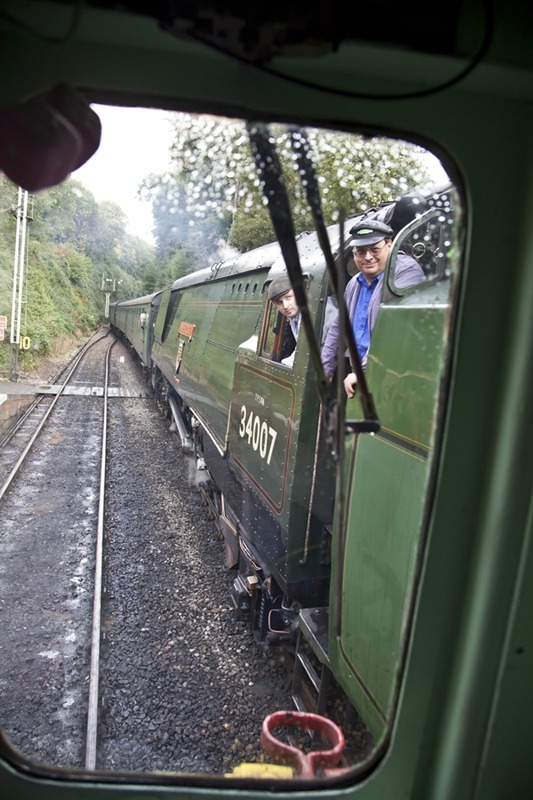 The turn around at Alton Station

After chatting to as many people as possible at Alton I was asked if I wanted a cab ride back up to Arlesford which was something I declined - of course I didnt - I jumped at the chance of a ride.

We set off back up the linee and even though we were in the driving trailer, you could still hear the unit working hard over the 'Alps'

A Thumping Good Day Out. 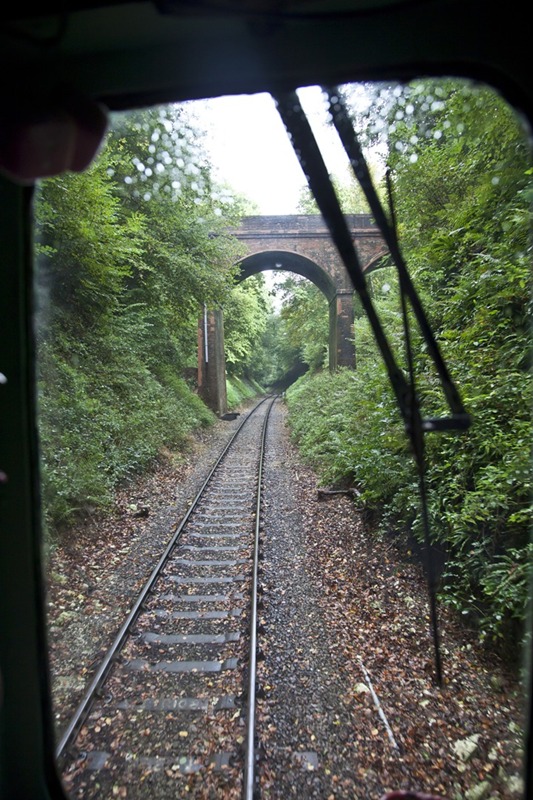 The arrival into Ropley.

As soon as I boarded I met up with a couple of the group members. I must look distinctive as they all recognised me before I them ;-) ,and we then headed off back to Alresford.

At the terminus it was another photo opportunity then it was back on board for another another run this time all the way through to Alton.

Getting close to the top of the bank - from this shot you can understand why the line was called 'The Alps' and for this reason, when the line was open, BR ony ran 2 car units over this stretch.

1125 is seen after the days work heading into the siding where she lives at Arlesford. Later that day work had started on winterising the unit as there are no current plans to use it for the rest of the year.

I want to thank Jim Russel, Wayne Addy the rest of the 1125 support group and the members of the Facebook group for making this a brilliant day.

On October 19th 2013 we arranged for members of our Facebook Group to meet up for a day out on the Mid-Hants Railway.

This was the last day of the year 1125 was to run, so it was one of the last chances of the year to ride on a Thumper.

The unit was booked on the service which formed the first train from Alton. Unfortunately as I drove down to my destination at Alresford, I arrived at the car park to see a green train which sadly turned out to be the steam hauled service.

After a quick look at the timetable I realised the two trains were to pass at Ropley so that became my next destination.

As we left Alresford we were behind a Bullied Pacific which slipped like crazy on the wet rails out of Alresford giving me a pleasant, albeit 'Thump' free ride. When we arrived at Ropley, 1125 hadn't yet arrived giving me the chance to to get in position for its imminent arrival. A few minutes later I heard the two tone horn and could see the reflection of the headlight as it came round the corner. When it got closer I could see MHR member and the top guy on 1125 Jim Russell preparing to hand over the token.