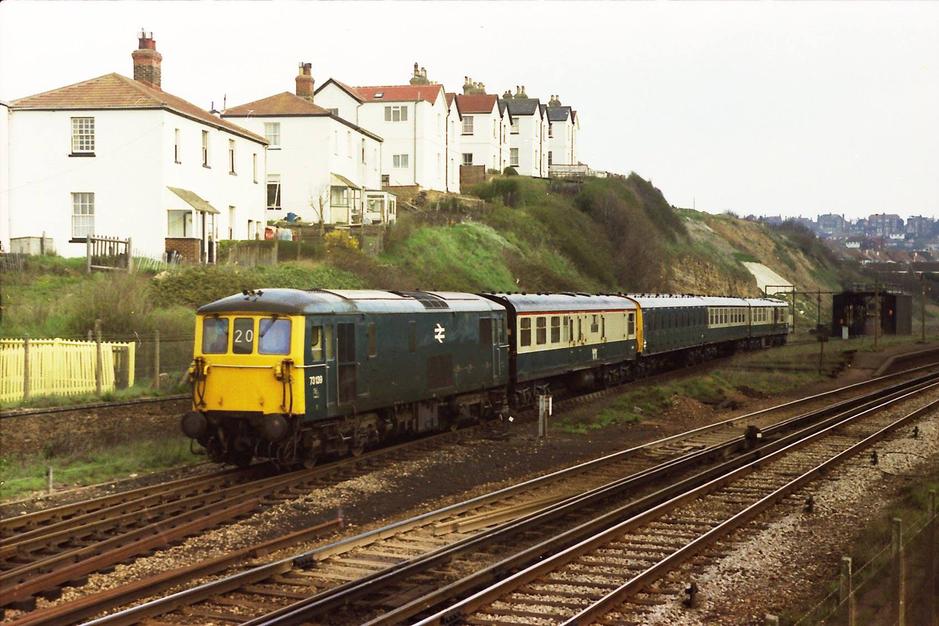 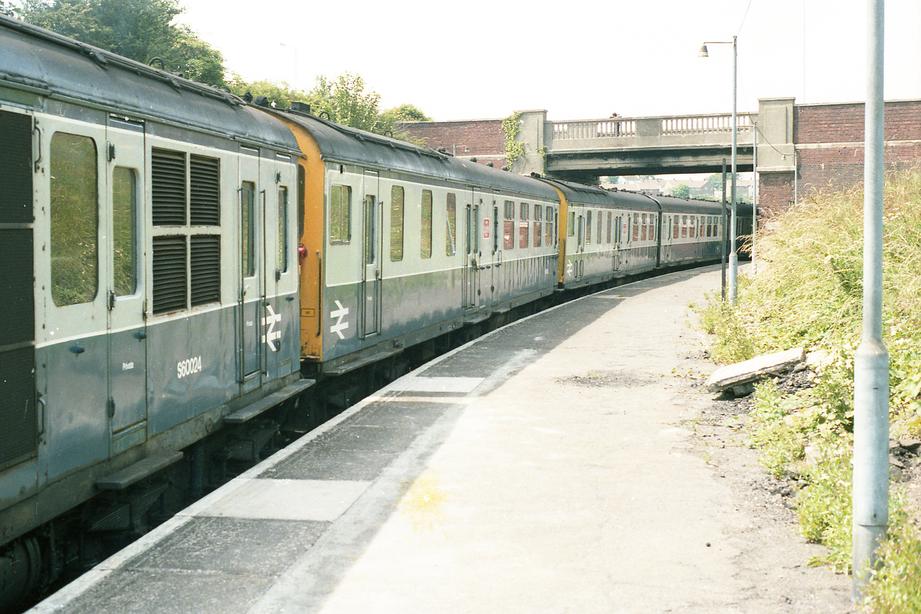 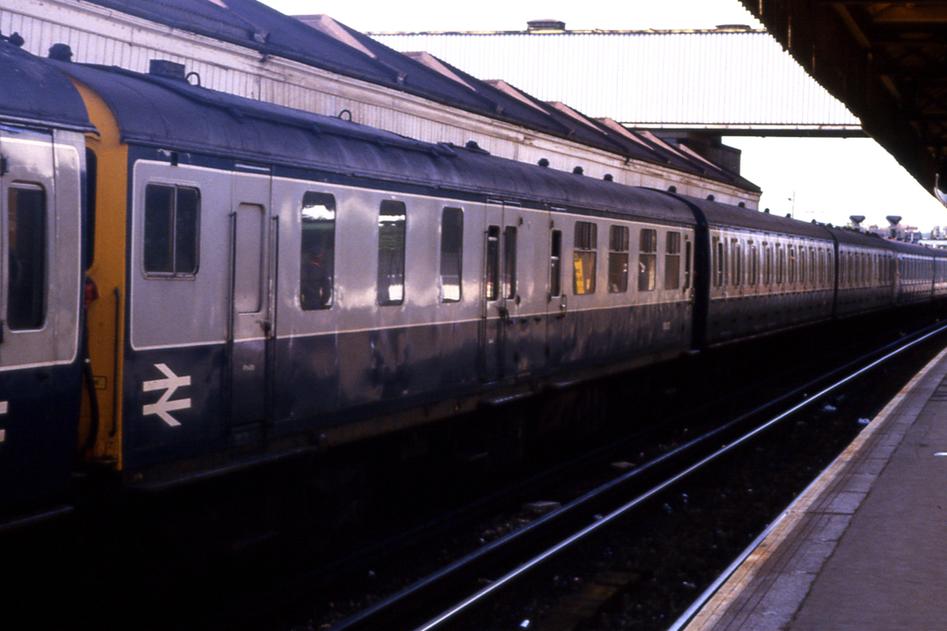 ​Words and image by Tony Watson

Whats wrong with this you may ask, well how many 205's have first class in the trailer.

​Its actually formed with a trailer from a 207

A motor Car in the middle of a formation, presumably being worked to Eastleigh for maintenance the formation is 1016-1037-1004

207.017 stabled between the peaks at Platform 2. At this time, these units were working the peak hour only service to Kensington Olympia.
Close examination shows that the Class 207 power car is paired with a centre and driving trailer from a Class 205.
As I recall, it was usual Southern practice to number a hybrid unit according to the number of the power car. However, where a hybrid unit included coaches of two different widths, they usually gave the number of the wider unit, for obvious reasons to prevent a Restriction 4 unit such as a 205 being sent down the rat hole to Tunbridge Wells West. I can only assume that once that line was closed, there was no need to distinguish between Restrictions 1 and 4, hence the power car number was used.

​Words and Image by Tony Watson

This image was taken near the wash at St Leonards depot, 73 is hauling a withdrawn Buffet Car and a Tadpole presumably to Eastleigh, we estimate that this shot was taken around August 1979 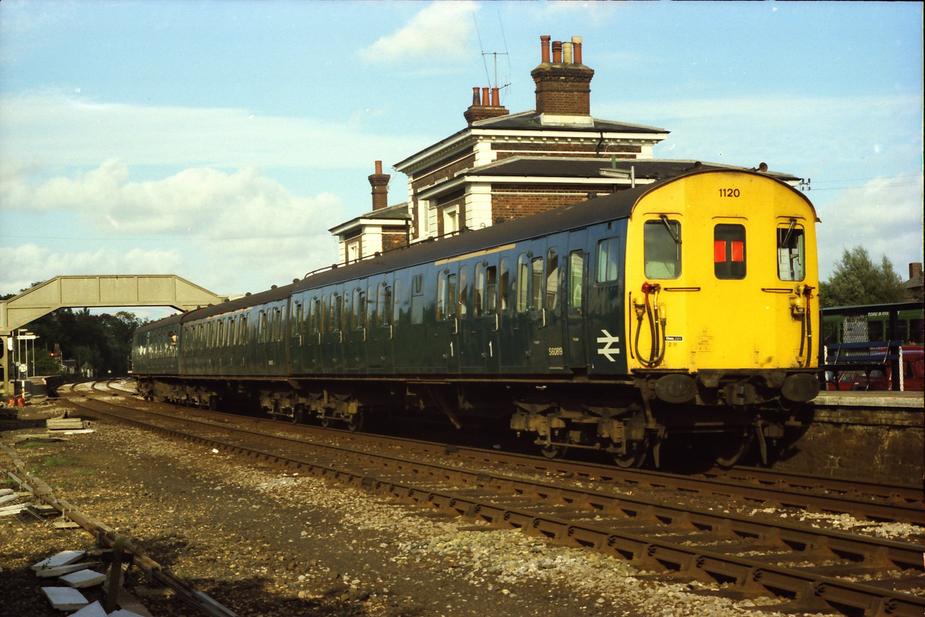 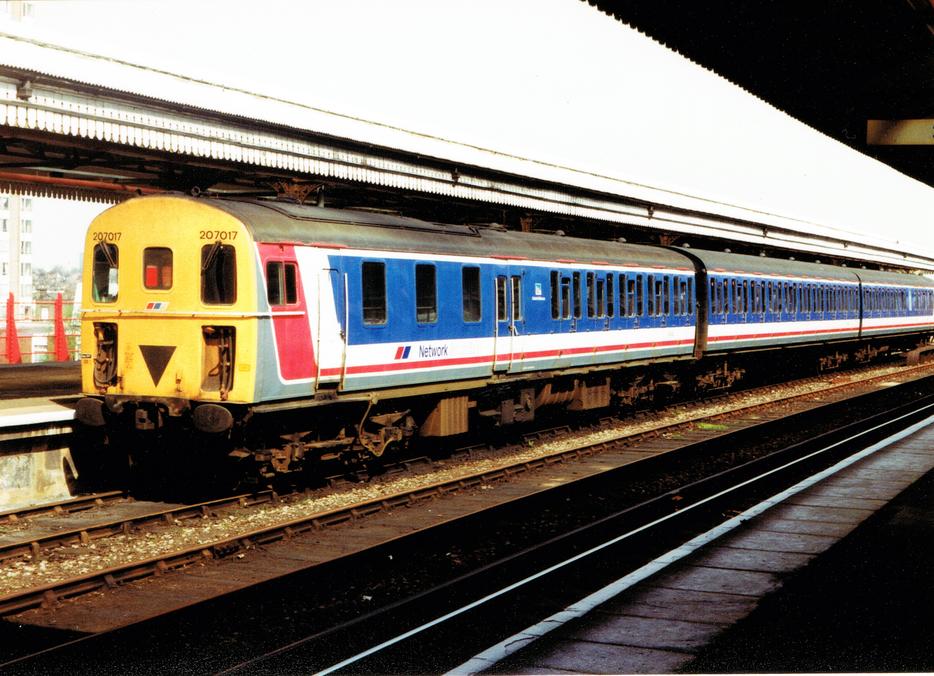 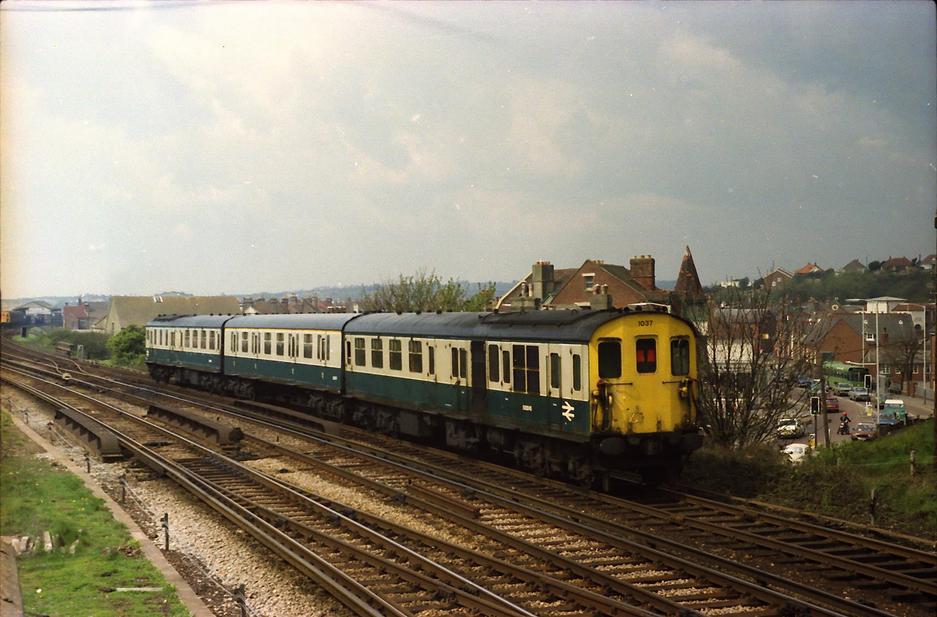