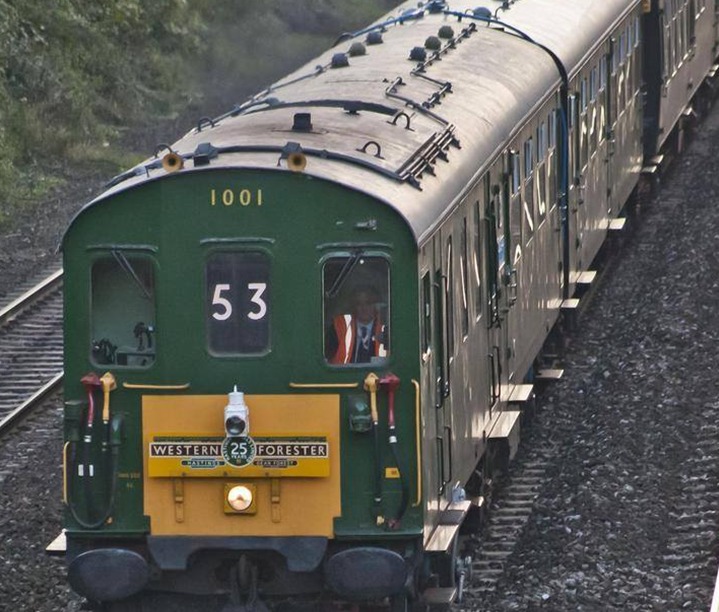 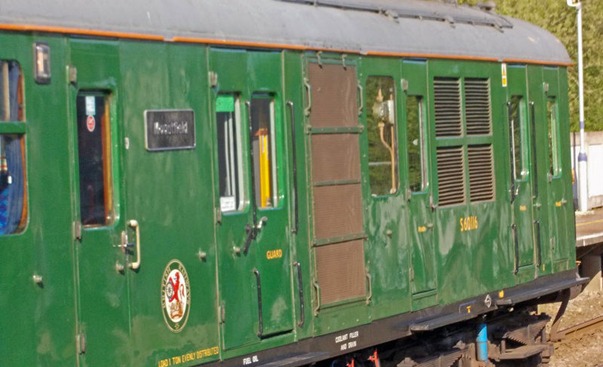 The story of the Hastings units begins long before their introduction in 1957.

After the war, the big push by Southern Railway towards electrifying the network went on in earnest, but it quickly became clear that the priorities in Kent were to electrify the routes towards the coastal ports. With this in mind, the route to Hastings via Tunbridge wells became a low priority, notwithstanding the fact that this route had additional, unique problems of its own.

When the line was being built by the SER (South Eastern Railway) between 1845 and 1853, they had contracted out the work of tunnel building. Despite difficult construction problems, there was pressure to build the railway as quickly as possible as the LBSCR was already constructing a line to the potentially profitable town of Hastings from the Eastbourne direction. The contractors responsible for building the tunnels cut corners by reducing the planned six layers of bricks through the tunnels to four. This all became apparent when the Wadhurst tunnel collapsed in 1862.

The SER had a number of options such as re-boring the tunnels but that was deemed too expensive in terms of passenger disruption and potential lost revenues. So the SER added the two missing layers of bricks at a cost of restricting the width of the tunnels. This decision meant that the rolling stock had to be narrower than conventional stock used elsewhere on the network.

In 1955 approval by BR had been given to the building of 4 new steam locomotive hauled trains, built to the same short underbody length (56 feet 11 inches) as existing “Hastings Line” stock. However, public pressure for new modern trains was mounting as most of the surrounding network had been electrified, and so the “stop gap” measure of dieselising the line was taken on the 24th March 1955. Work on the under frames of the previously mentioned “locomotive hauled trains” was cut short and so these same underframes were used for the new traction and so came about the emergence of the first “ short bodied“ DEMU.

Although BR wanted conventional diesel traction, the Southern railway argued the case for a diesel electric motor, based upon decades of experience with electric motors. The arguments against the DEMU were that the engines were heavier, more expensive, took up too much space and that because the engine is at floor level and is centrally mounted, corridor connection between joined units would be impossible. However SR won the day.

Body : 58 feet long by 8 feet, two and a half inches wide (9 feet wide including the running boards).

The first seven, 6S units ( 6 carriage and short length) and numbered 1001 – 1007  went live on the 6th May 1957, slightly earlier than expected, after a fire at the Cannon Street signal box. They were later classified as class 201.

The next set of deliveries occurred after the first 18 Hampshire units had been built, and were delivered on standard length bodies ( 64 feet 6 inches long on 64 feet 5 inch underframes) and were classified 6L ( 6 Carriage, long body).  These 9, 6 carriage sets were numbered 1011 to 1019 and were later classified as class 202. With these units, Southern railway was again able to revert to standard length carriages as there was obviously no requirement to accommodate a locomotive at terminal station platforms. Specifications for the Class 202 were the same as the Class 201 except

DMBSO Weight: 55 tons. ( Heavier because of the extra length )

The final batch of  seven Hastings units included a buffet car and were classified as 6B (Six carriages including a buffet carriage) and were later classified as class 203 and were numbered 1031- 10137. The buffet carriage was towards the centre of the trains, weighed 35 tons and consisted of 21 loose chairs. However, there was no direct access for passengers from the platforms. By 1963 however, the number of buffet cars was reduced to five to reflect falling demand.

Following service cuts to the Hastings Line, a number of units became available, so the decision was made to combine these vehicles with six redundant 2 EPB (Electro-Pneumatic brakes) electric multiple units, and use them on the North Downs Line ( Reading to Tonbridge) as new trains for this route could not be justified as passenger numbers were relatively low. These units were given the numbers 1201-1206, and entered service in January 1965. They were commonly referred to as 'Tadpoles' due to the difference in body widths between the 201 and EPB stock. Following the adoption of TOPS, the units were given the class number 206. Most of these units survived until May 1979.

Most of the Hastings units saw service until the 1980’s with some going on until the line was electrified in June 1986. At the same time the narrow tunnels at Somerhill (south of Tonbridge), Strawberry Hill (north of Frant), Wadhurst (south of Wadhurst station) and Mountfield (south of Robertsbridge station) were single tracked, negating the need for the new stock to be narrow framed.

​​Again, comparison with the front two narrow bodied carriages, compared to the standard width, third carriage is evident in this picture by Amy Adams.