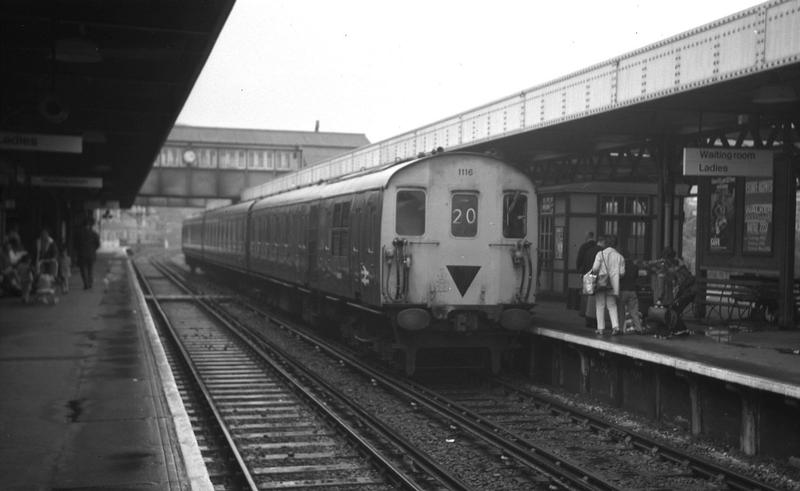 Hastings in the late 50's/ early 60's, a London bound 6L leaves which is still in original condition with no yellow warning panel on the front 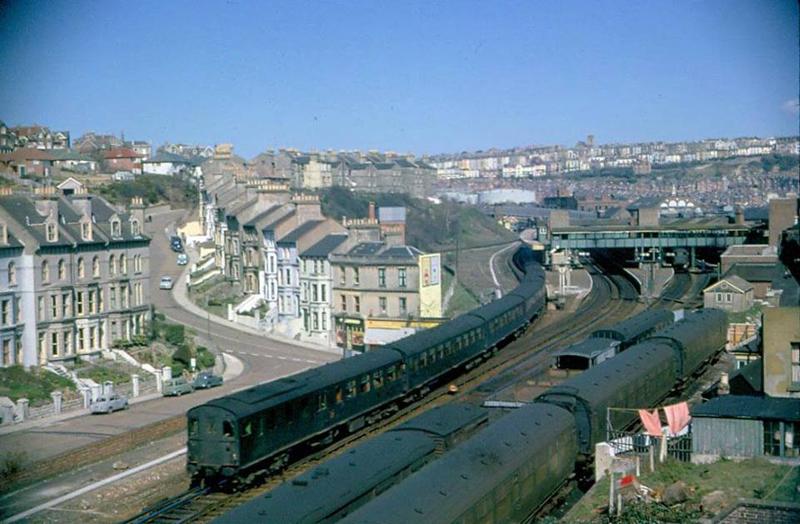 Platform 1 had become a bay platform but it is used too for Marshlink services to Ashford. 205015 is seen in NSE livery, coupled up to a Blue n Grey unit as they leave on a service to Ashford

(above) A map dating from 1908 showing Hatings and St Leonards. The branch to Bexhill from the North is no longer there.

(below) A detailed map of the station dating from 1950. Today the main platforms are still in place but everything else, including the station building has gone. The map has come from the website called 'Kent Rail' they have a section covering the entire history of the station 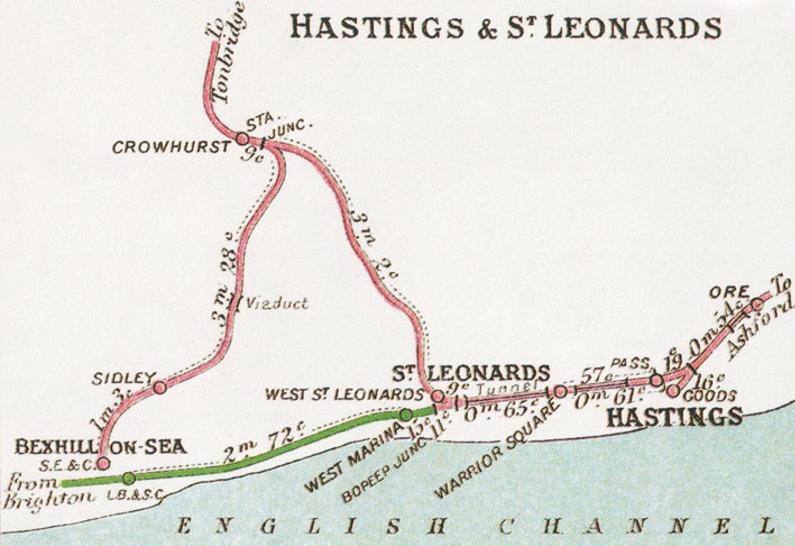 ​After the goods yard was taken out of use it was used to store withdrawn Hastings units, In this shot from 1986 two complete units can be seen along with the trailers from anther unit 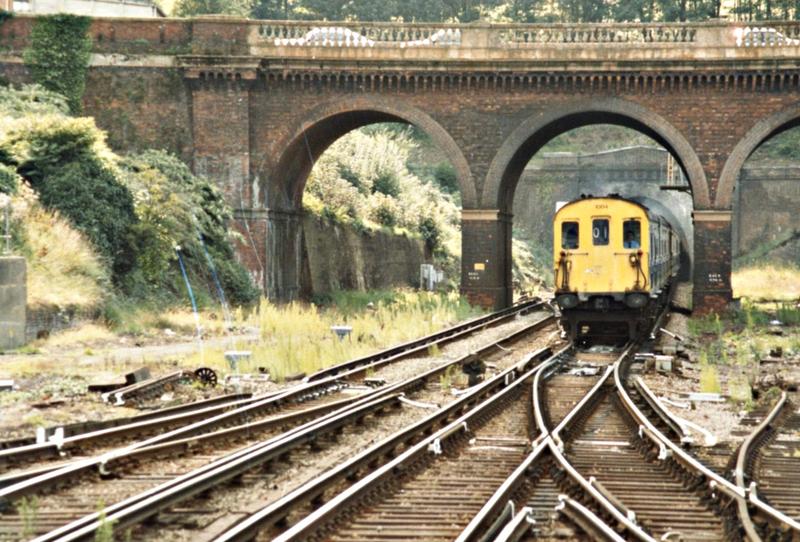 The Last Thump wasn't the end of Thumper activity at Hastings as The Hastings Diesels Group are based just down the line at St Leonards and the main line unit often runs into the station. It is seen here as a 3 car unit arriving on a Marshlink service on 26th February 2005, when it was hired to Southern to help cover for non availability of new class 171 units 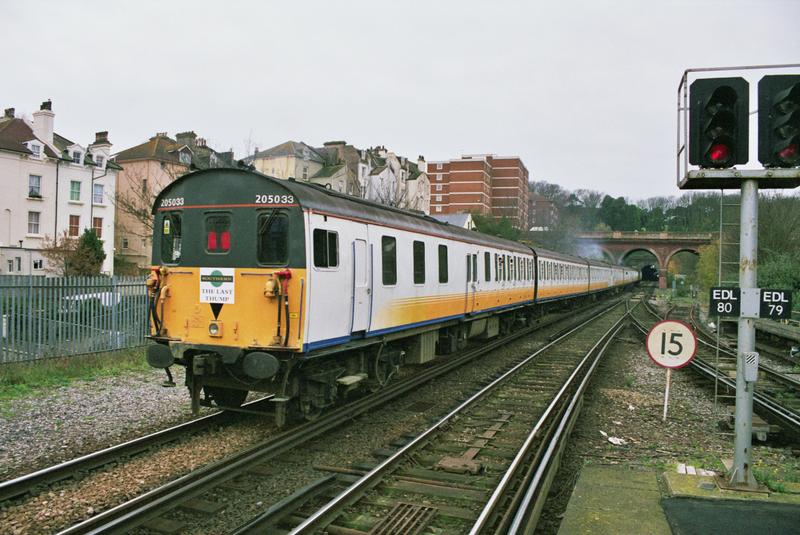 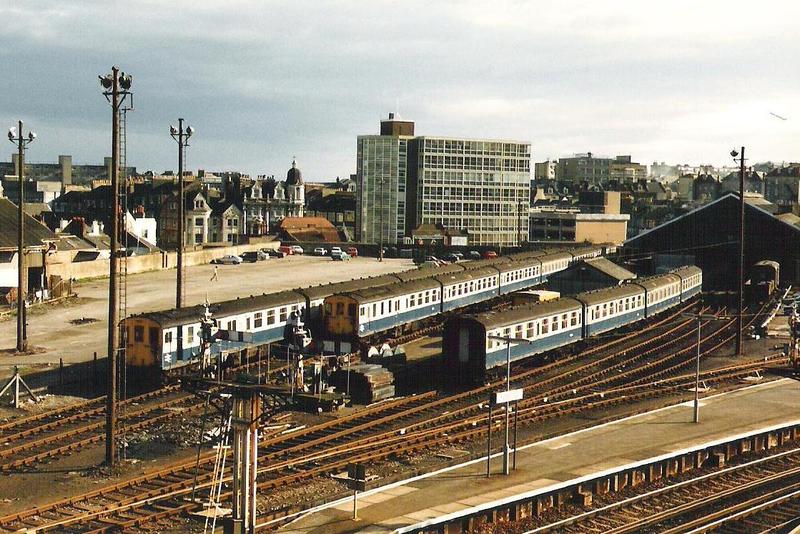 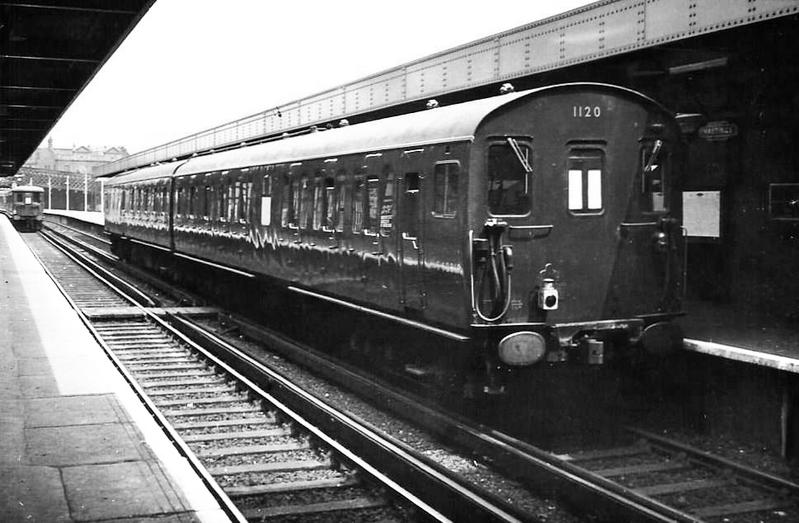 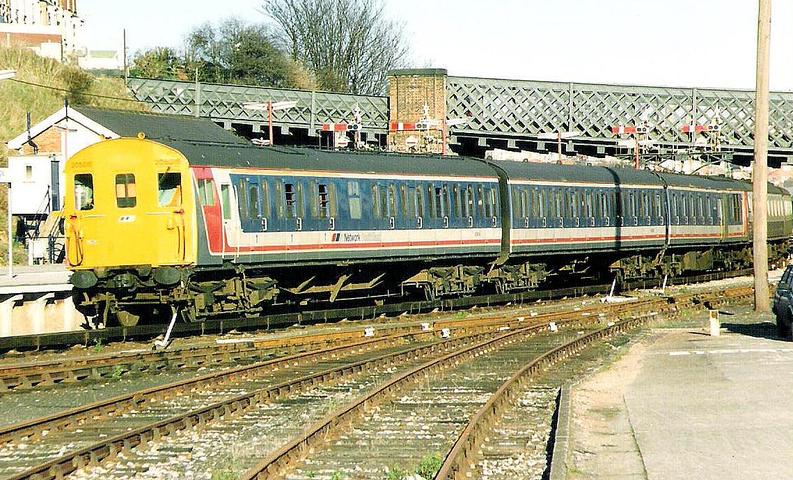 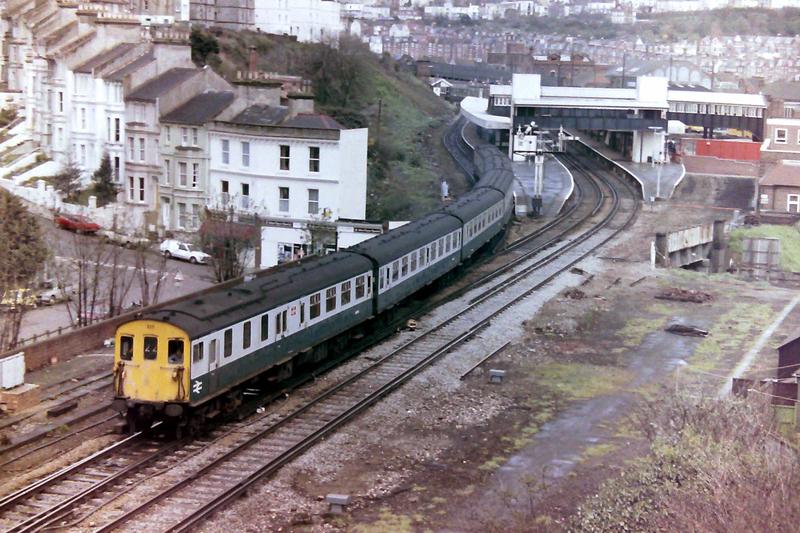 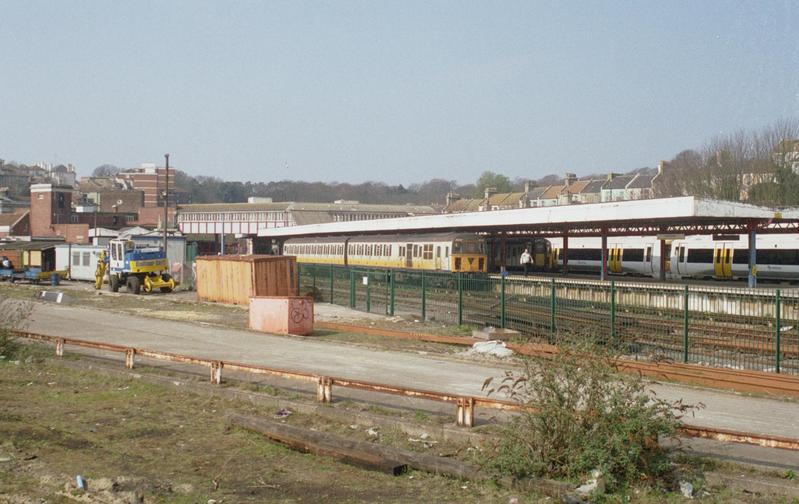 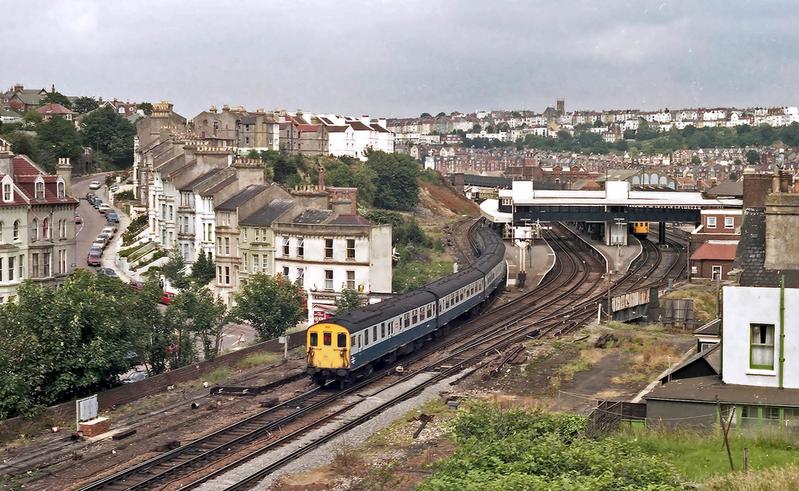 Moving on a few years to 10th December 2003 the goodsyard is now derelict with all the track lifted. In the bay platform is 207013 in Connex Livery

​Another early shot of a DEMU in Hastings is 1120. At this time the all units still had to carry a red lamp on the rear as the red destination blinds were deemed  not to be good enough 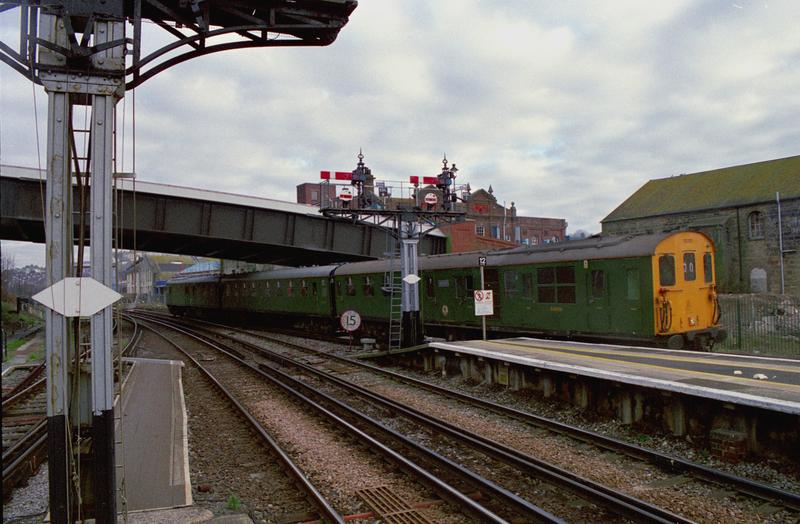 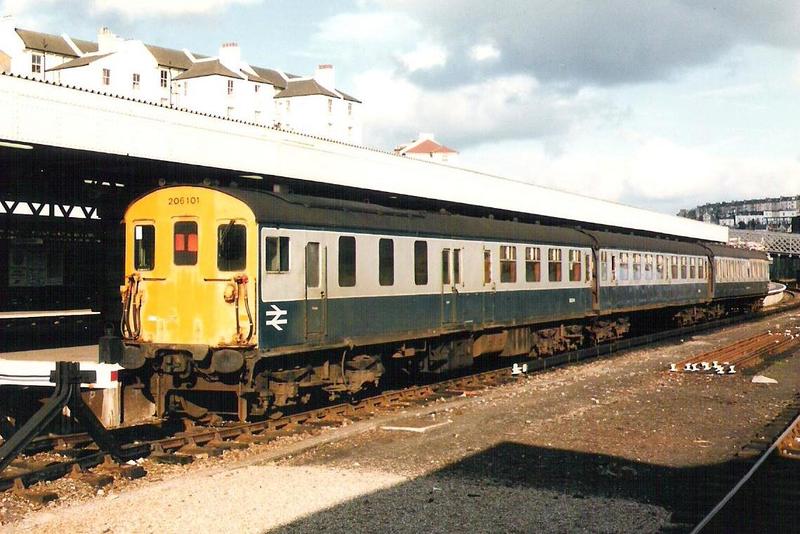 Hastings is probably one of the first places you think of when DEMU's are mentioned.

As well as being the base for the famous Hastings Units it was also the terminus of the Marshlink from Ashford, where Thumpers operated until the end of service in 2004

​Two different but similar pictures, taken from the bridge at Baybrooke Road. The above shot is taken on 7th July 1985 with 1013 arriving  and to the right, the pointwork and track is still in place to Platform 1 and the parcel dock.

​The image below was taken less than a year later on 5th May 1986 and the track from Platform 1 has been removed and a brick wall can be seen. This is a walkway from the station building to the the platform. Beyond the walkway, the track remained in place as platform 1 was turned into a bay platform