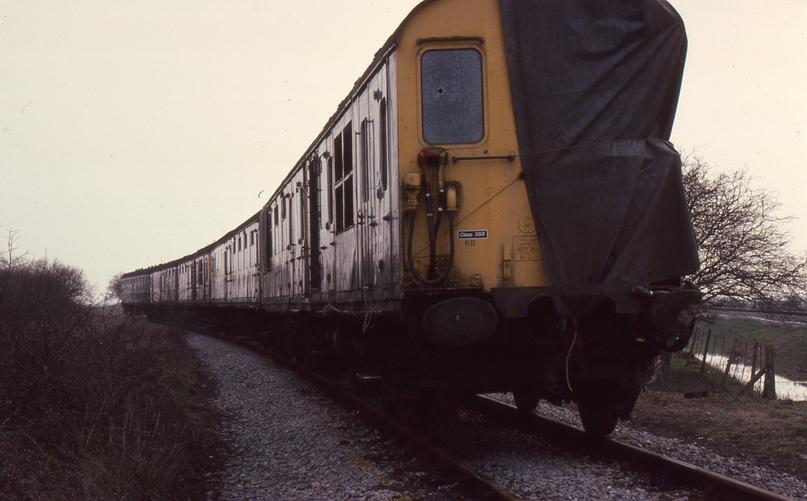 Another view of damaged MBS 60036 (1033) at Appledore on Friday 21-3-80 showing some of the damage inflicted on the side of the coach having slid along on its side. 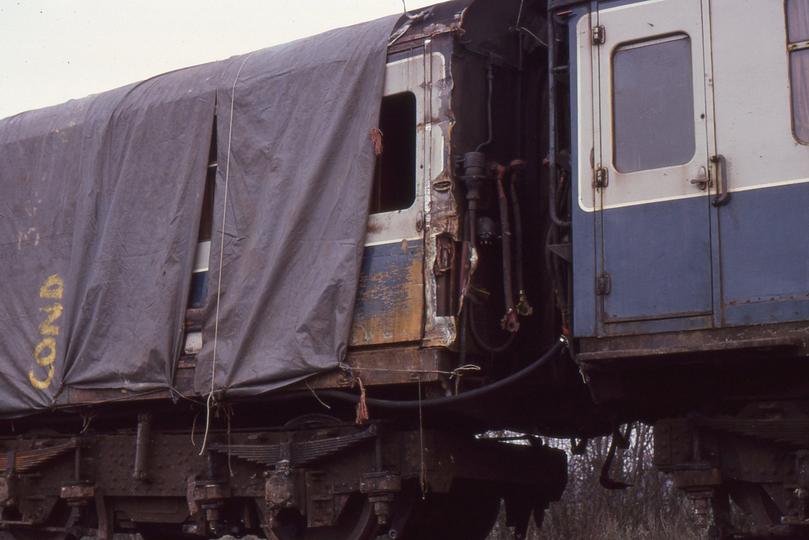 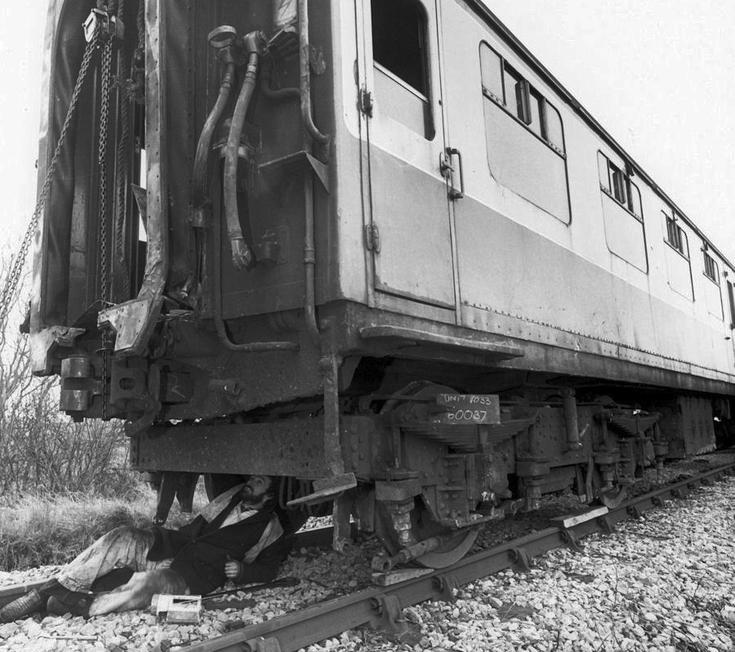 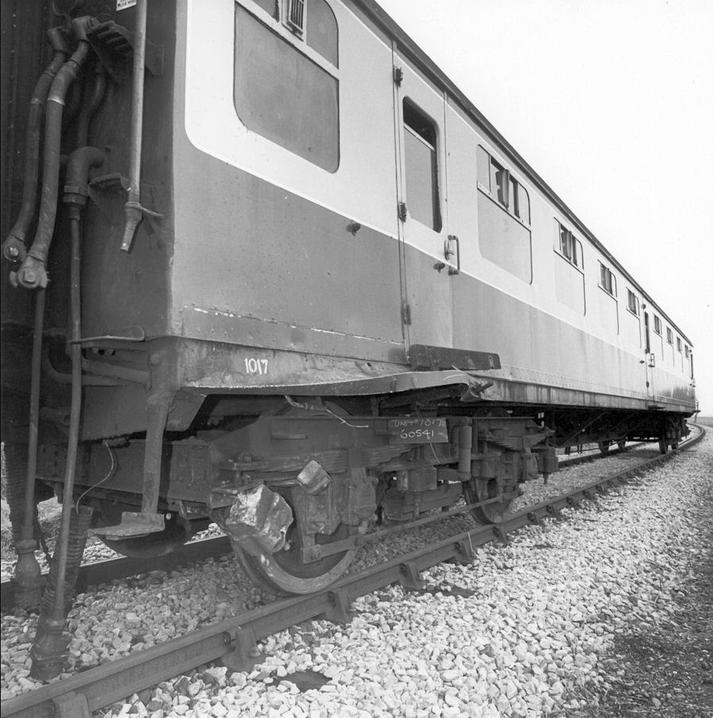 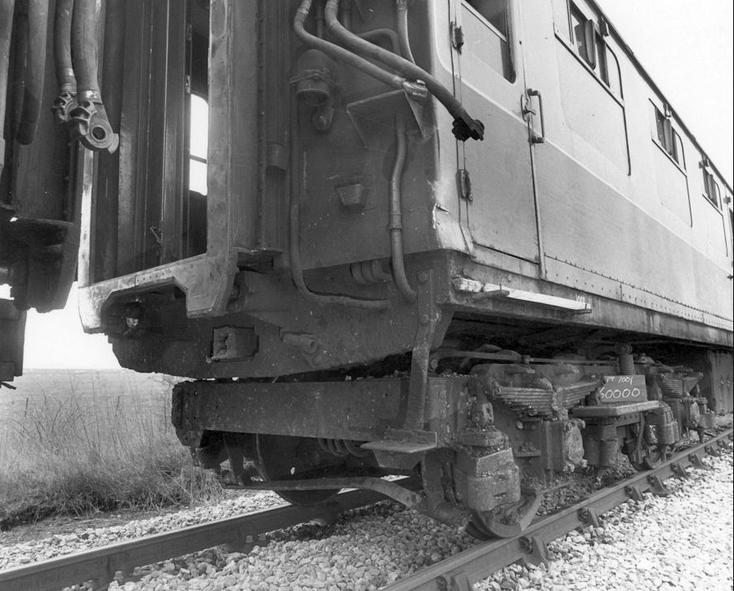 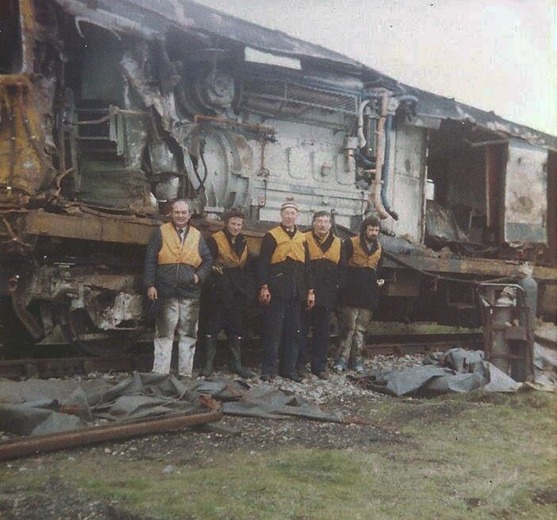 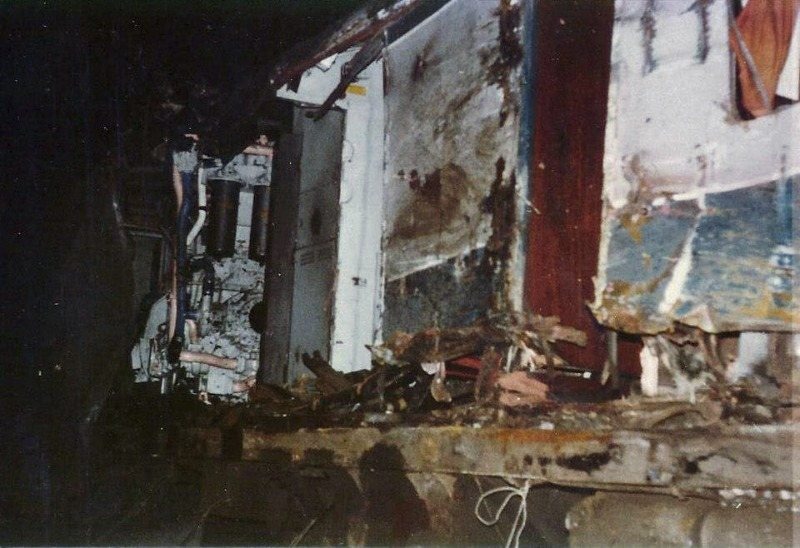 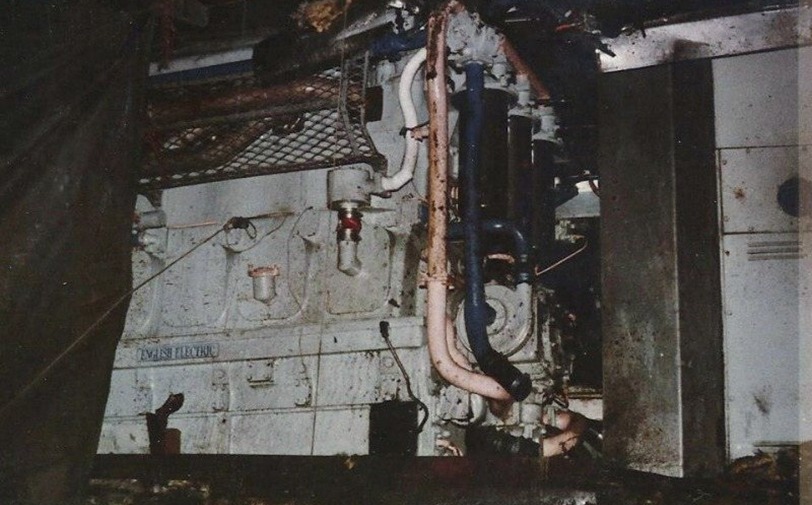 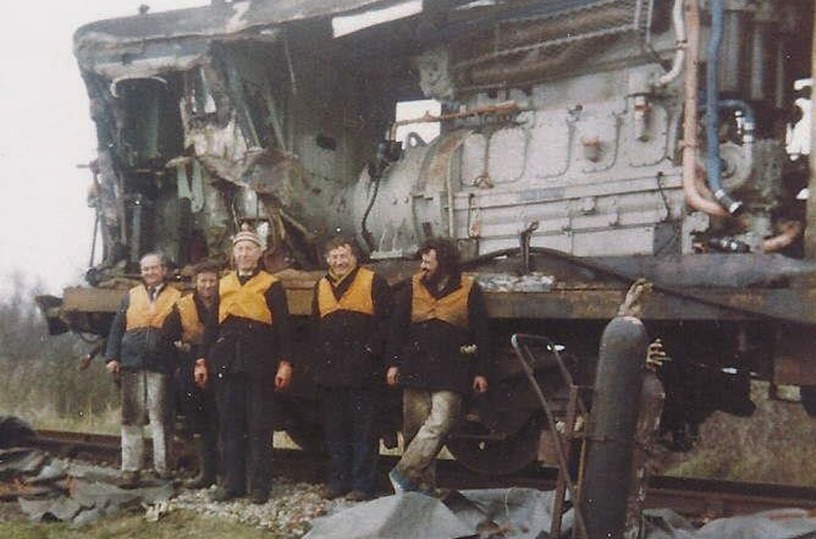 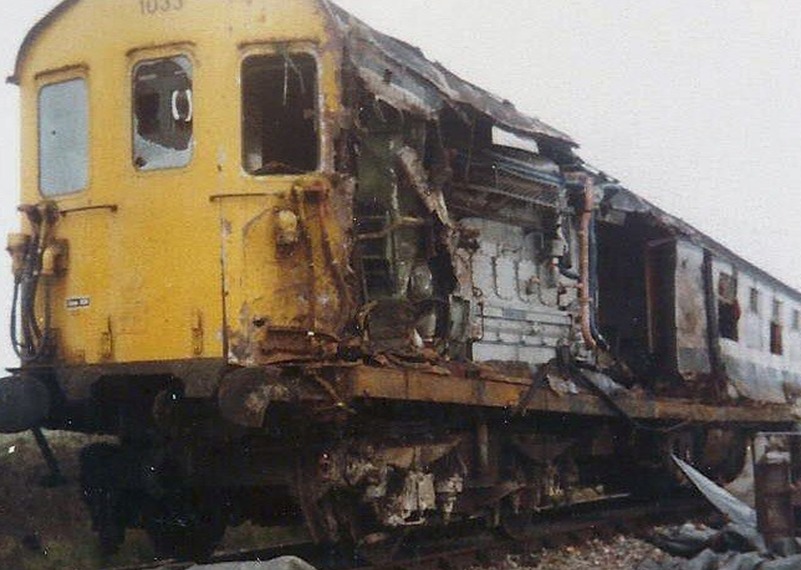 Mike Pannell has supplied us with additional pics of the aftermath of the derailment. 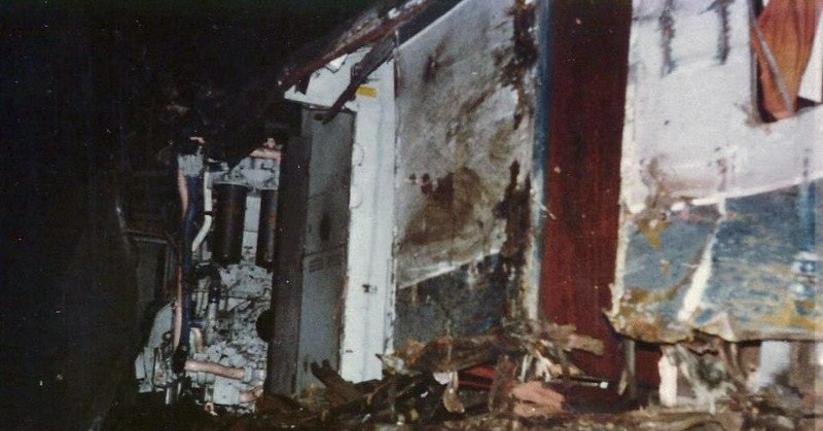 ​The driver was unfortunatly killed in the incident

Motor Car 6001 from Unit 1001 was at the rear of the train and was derailed in the station. 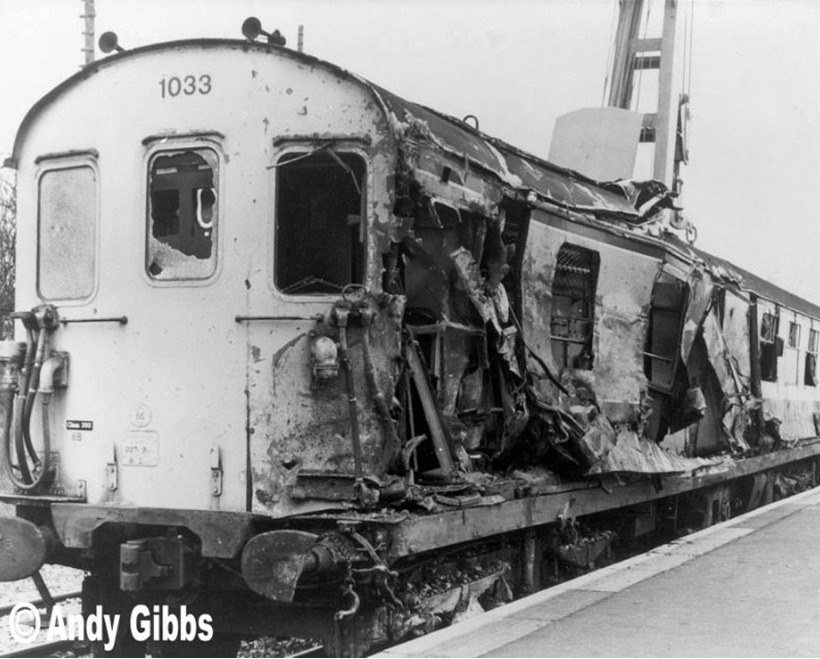 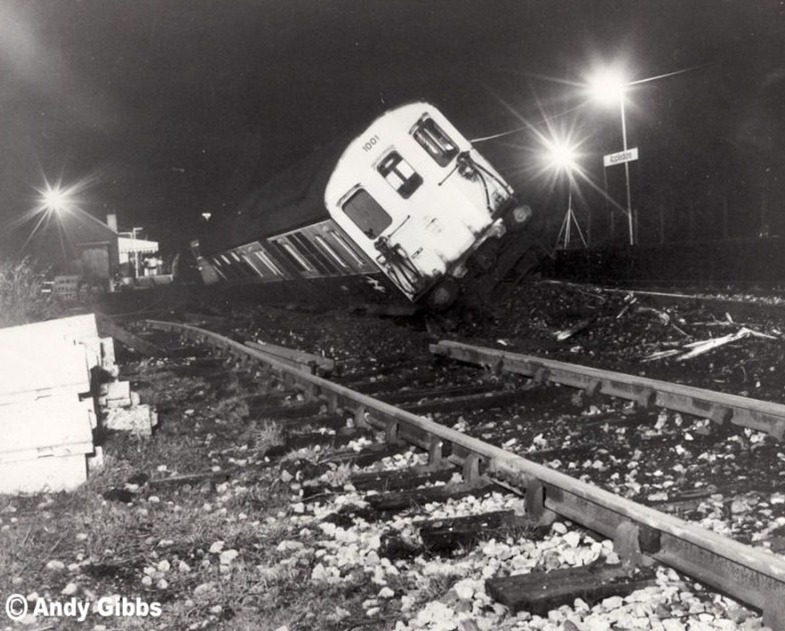 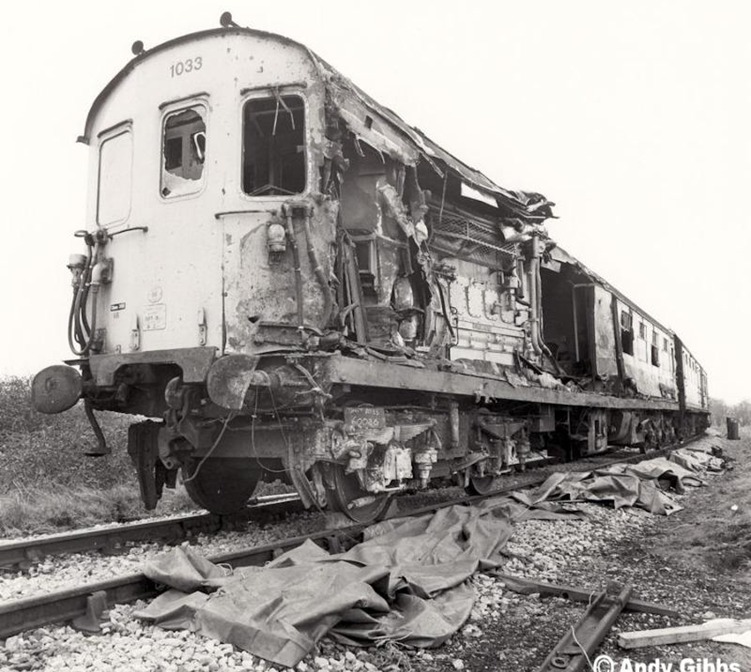 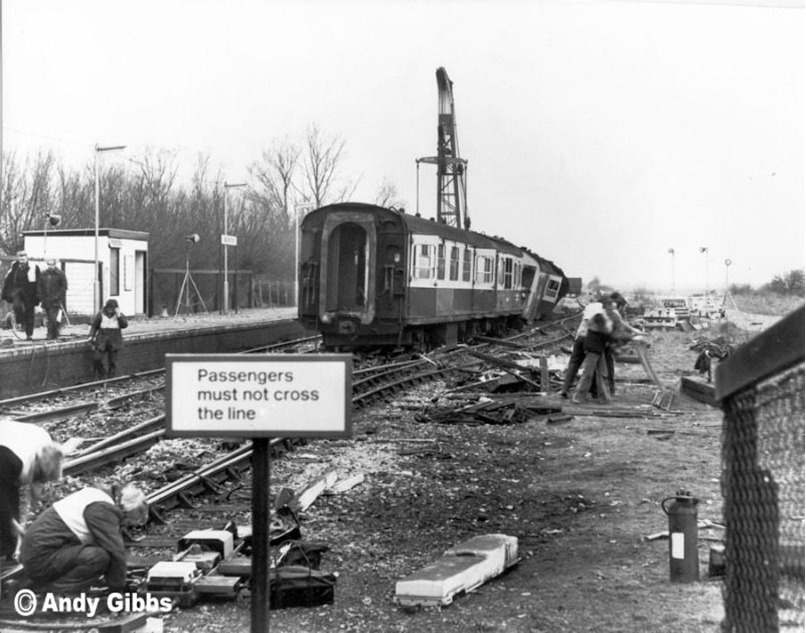 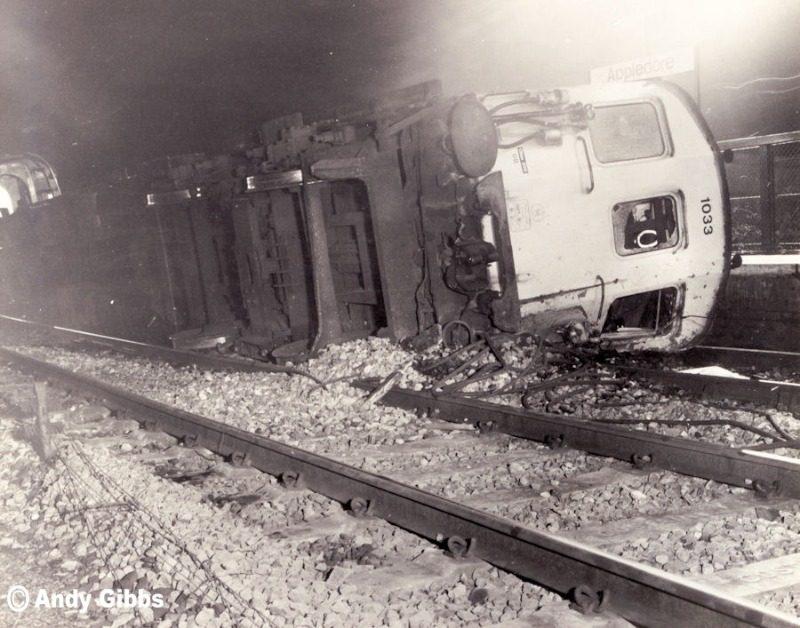