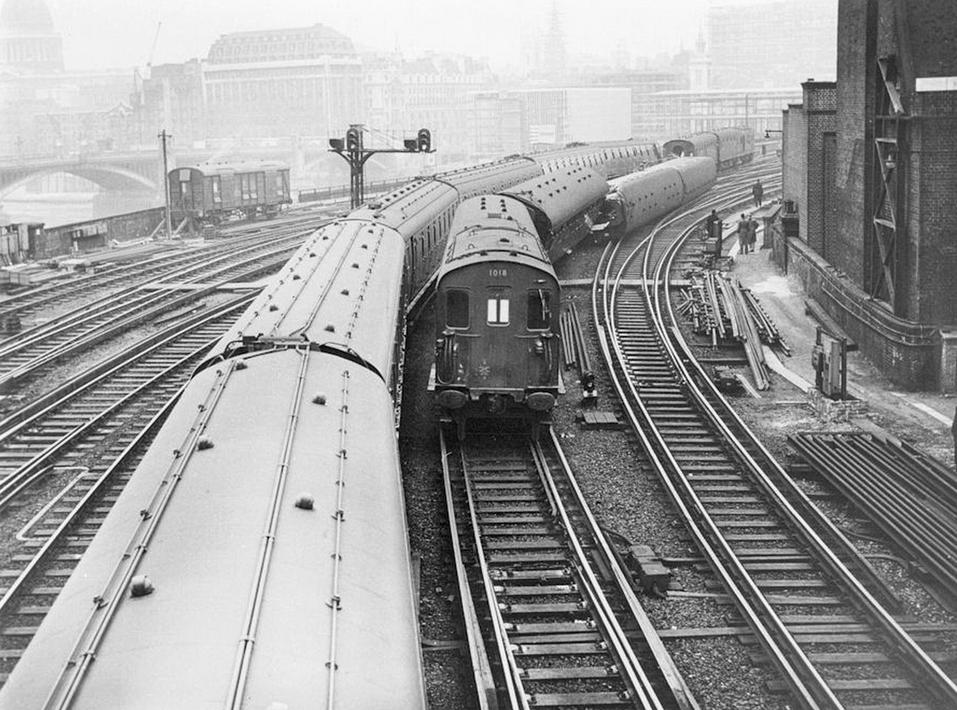 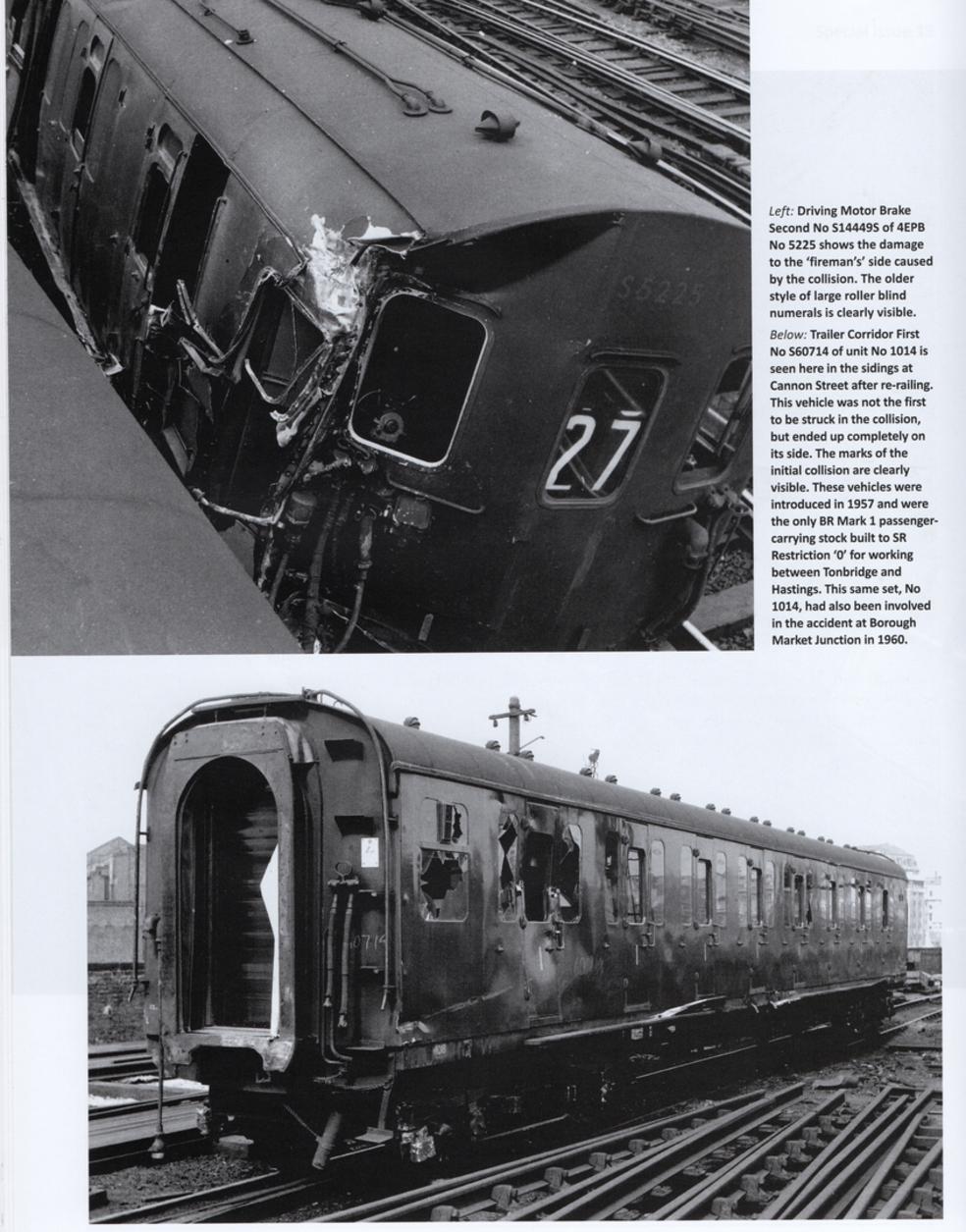 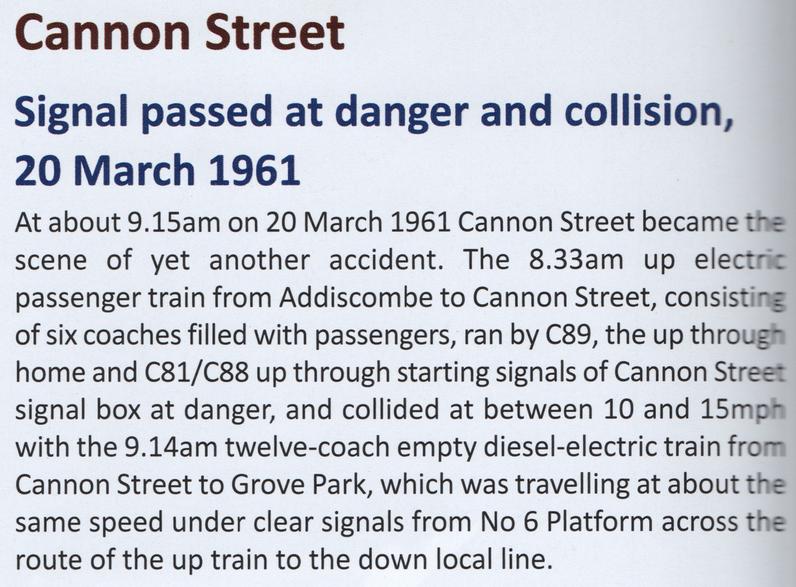 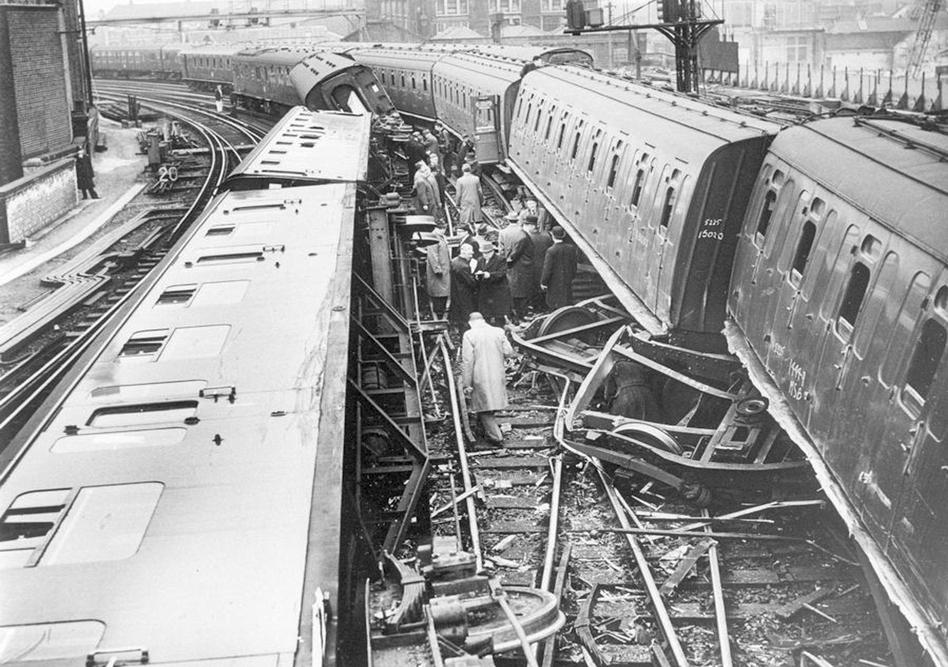 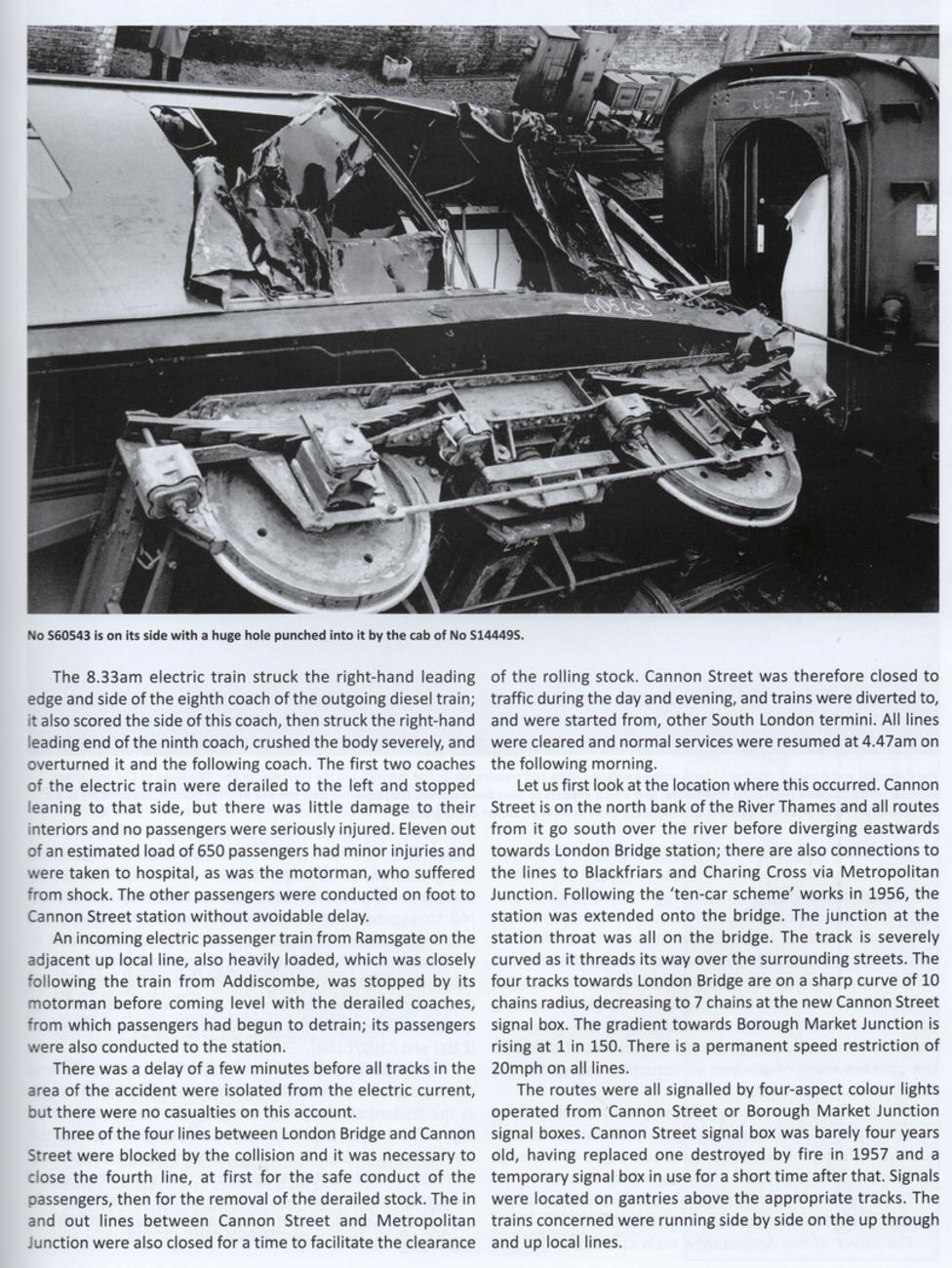 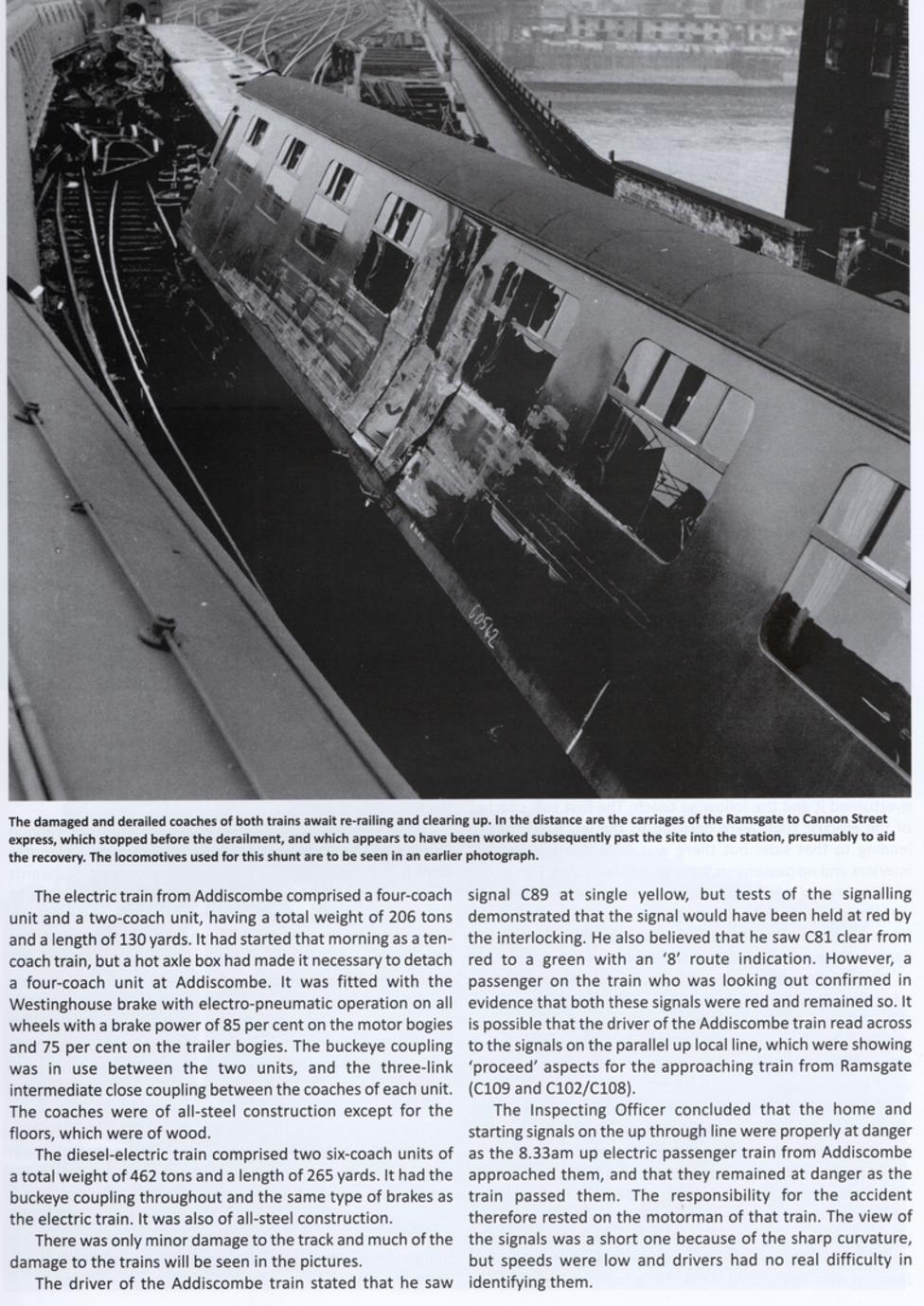 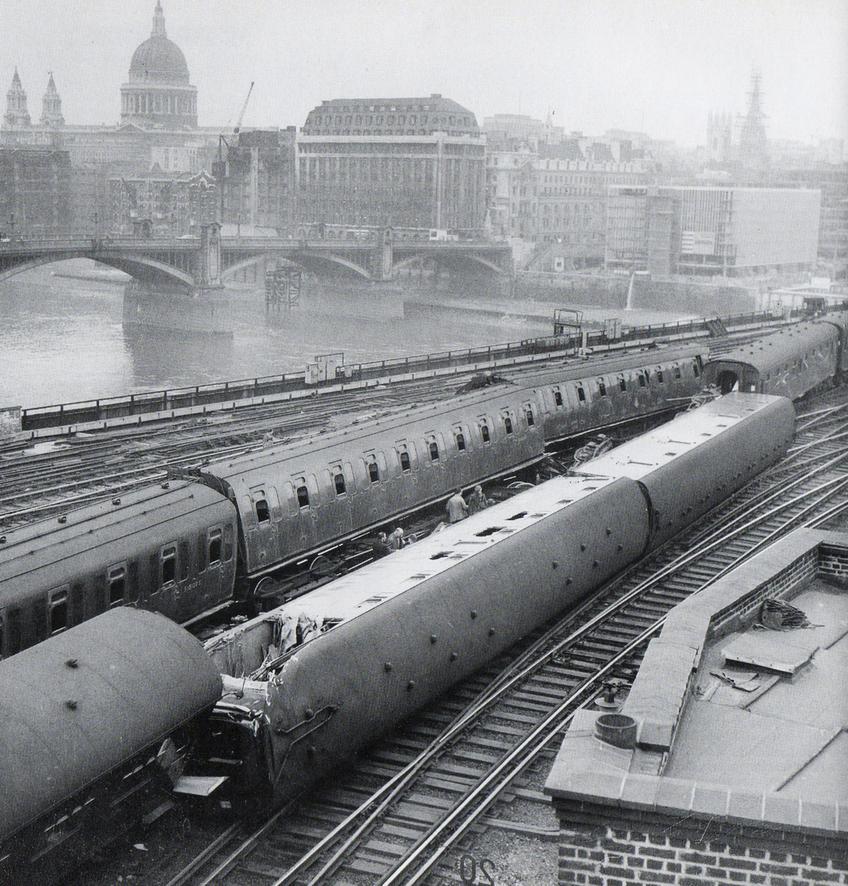 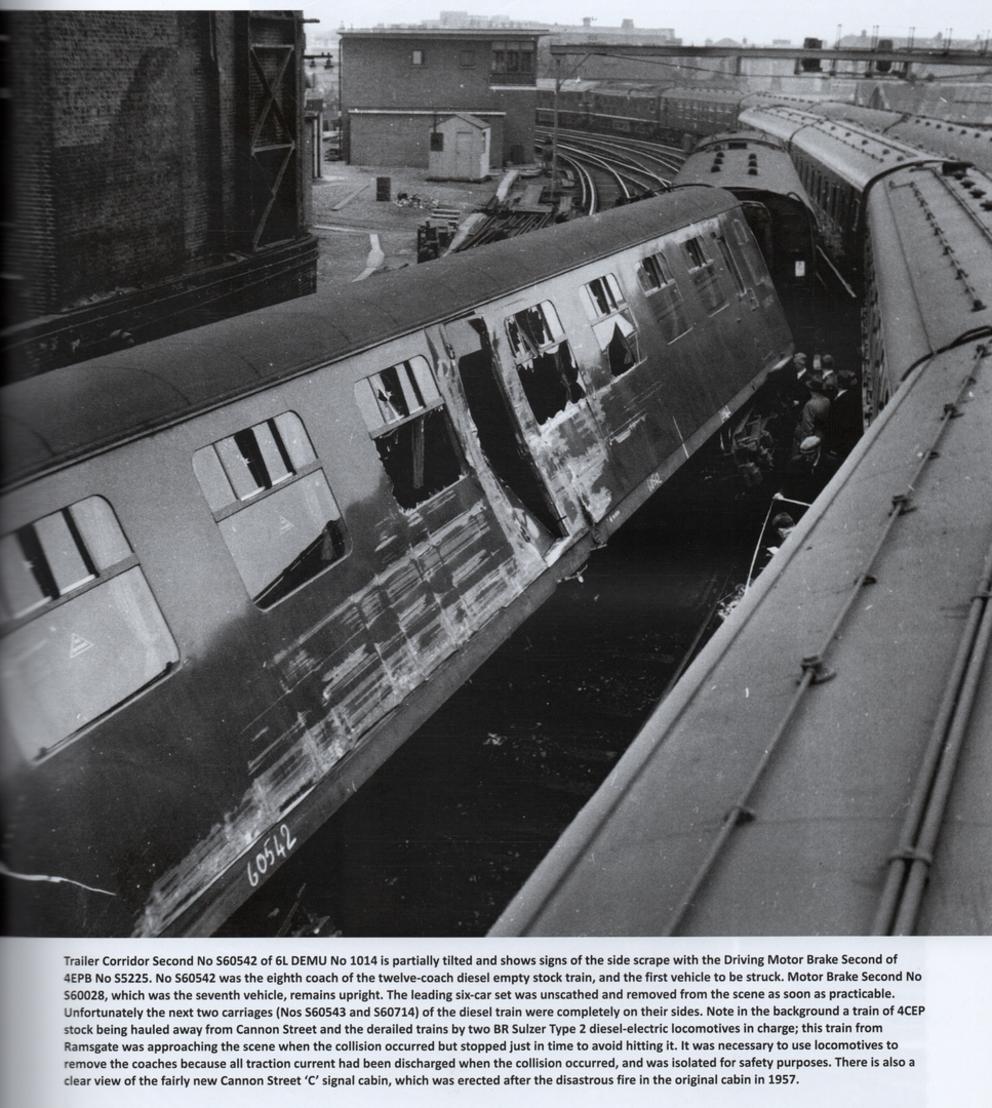 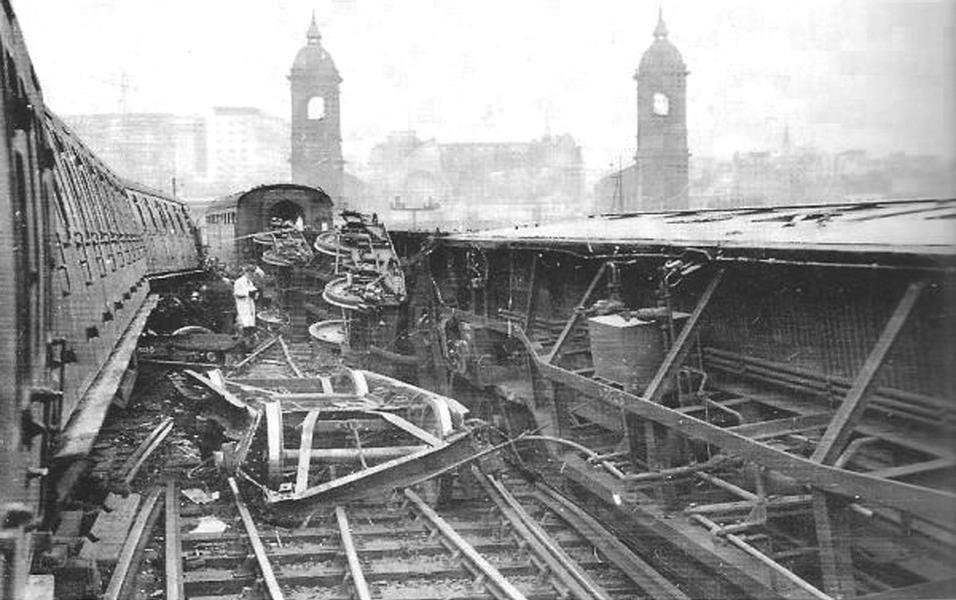 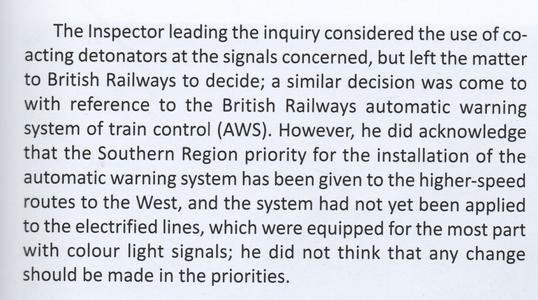 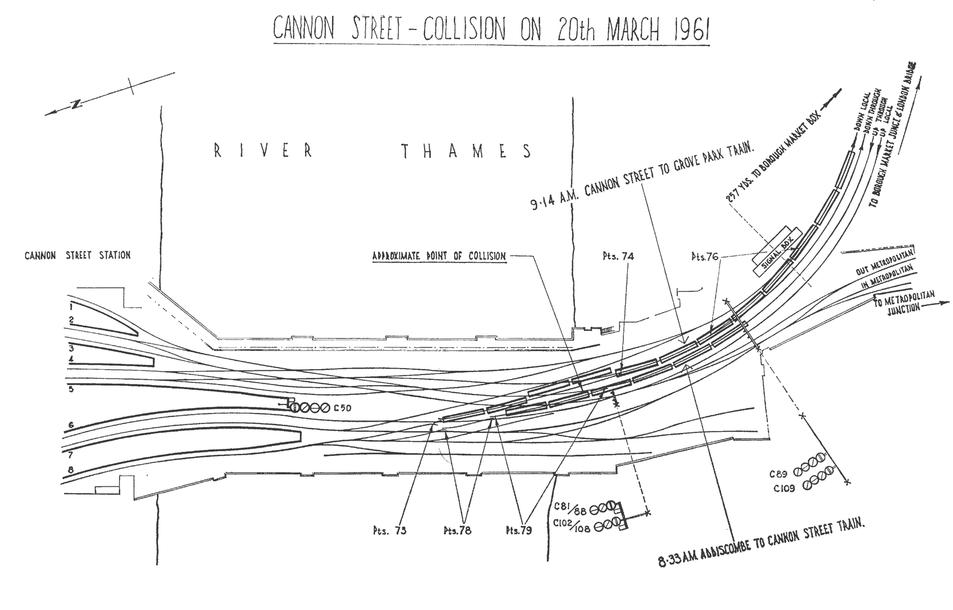 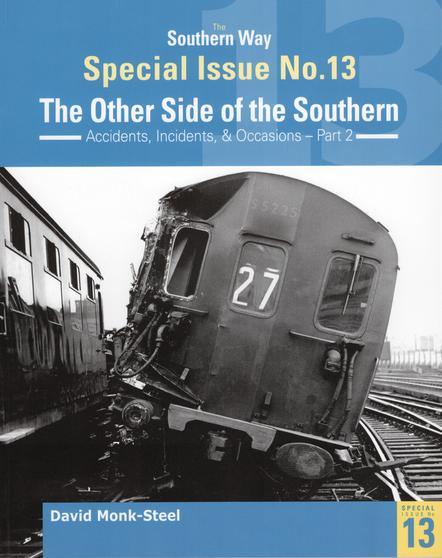 This book features in detail the Cannon Street incident, Originally I was going to copy the original photographs but the write up is excellent and better than what I could do so I deduced to copy it and paste it here

The book is well worth it and is produced by Crecy Publishing, which I recommend purchasing

On 20th March 1961 Hastings Unit 1018 collided with an EMU on the approach to Cannon St Station, This was caused by a signal passed at danger (SPAD), below is an extract from the official report

​"The 8.33 a.m. Up electric passenger train from Addiscombe to Cannon Street, consisting of 6 coaches filled with passengers, passed the Up Through home and starting signals of Cannon Street signal box at danger, and ran at 10 to 15 m.p.h. into the 9.14 a.m. Down empty diesel electric train of 12 coaches from Cannon Street to Grove Park, which was travelling at about the same speed under clear signals from No. 6 platform across the route of the Up train to the Down Local line. The first contact was between the right hand leading edge of the electric train and lhe side of the eighth coach of the outgoing diesel train ; the electric train scored the side of this coach and then struck the right hand leading end of the ninth coach, crushed the body severely, and overturned it and the following coach. The first two coaches of the electric train were derailed to the left and stopped leaning to that side, but there was little damage to their interiors and no passengers were seriously injured. Eleven out of an estimated load of 650 passengers had minor injuries and were taken to hospital, as was the motorman, who suffered from shock. The other passengers were conducted on foot to Cannon Street station without avoidable delay."