In a book Britain's Railway Disasters by Mortons Publishing there is an article about the incident, which we have pasted below 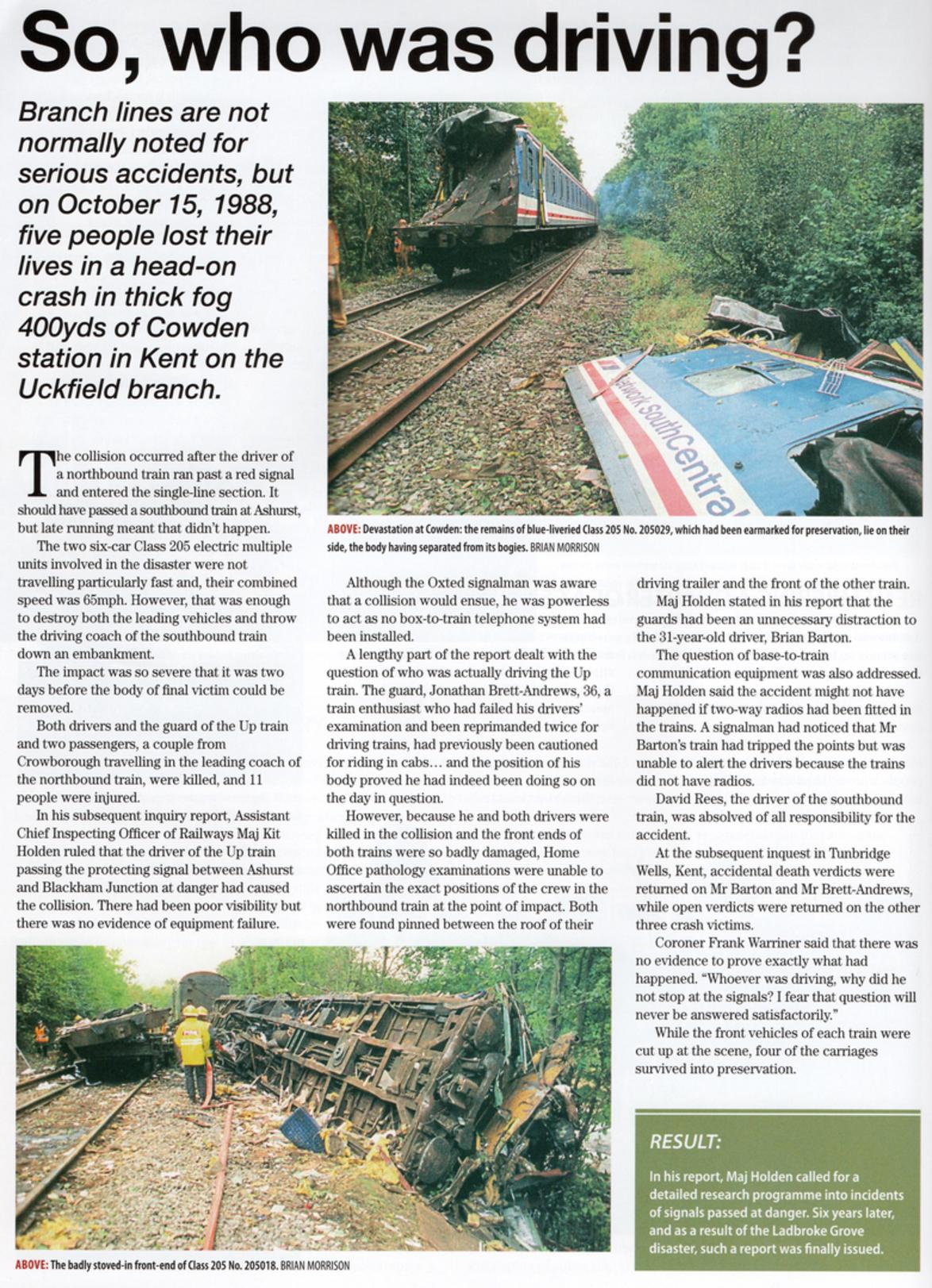 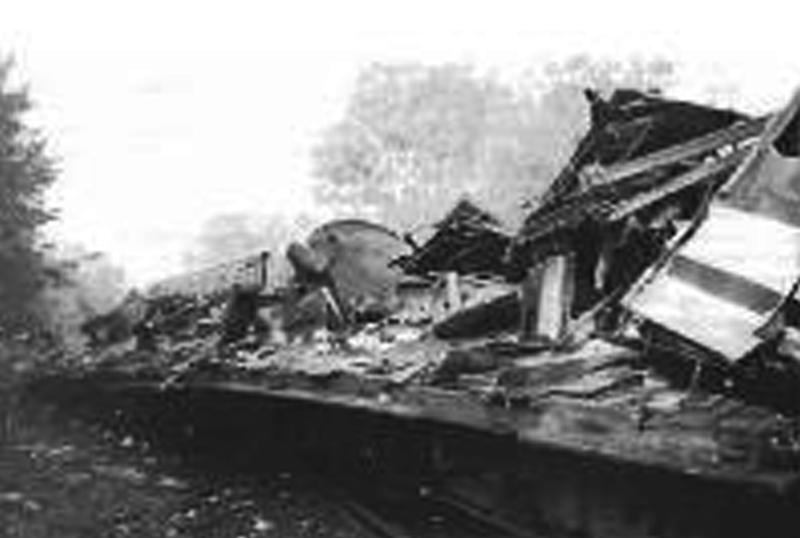 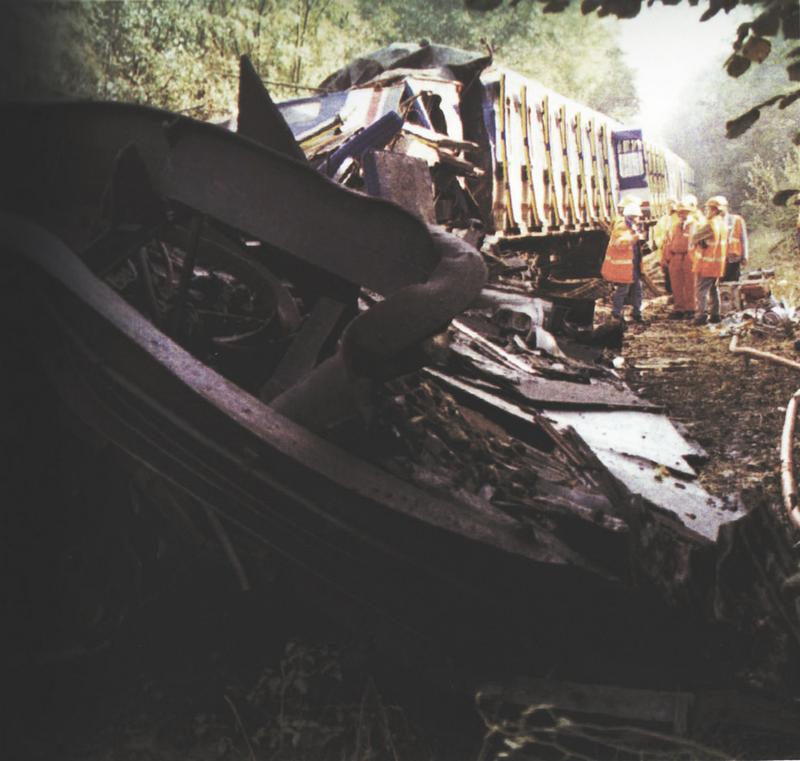 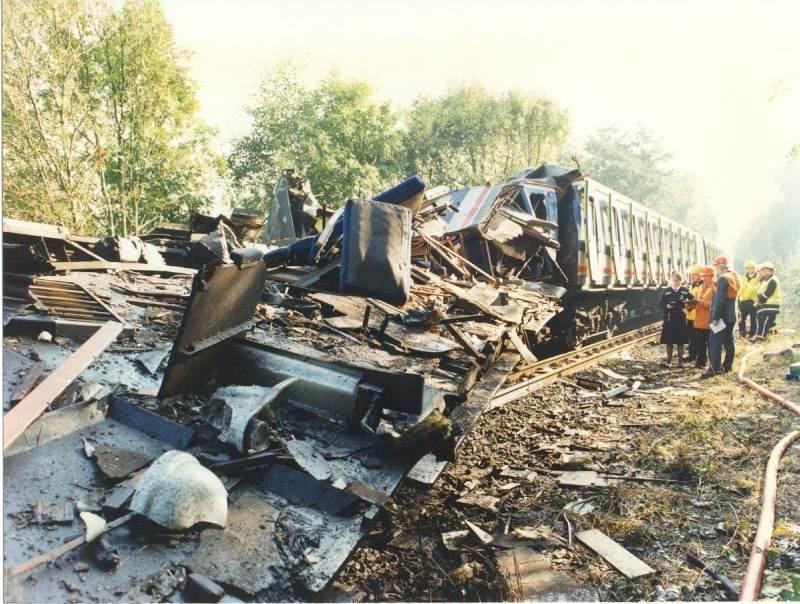 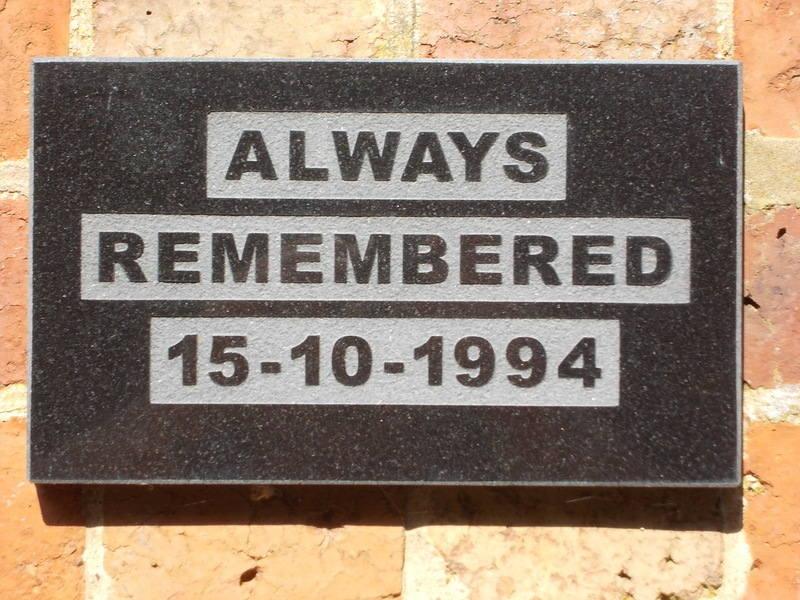 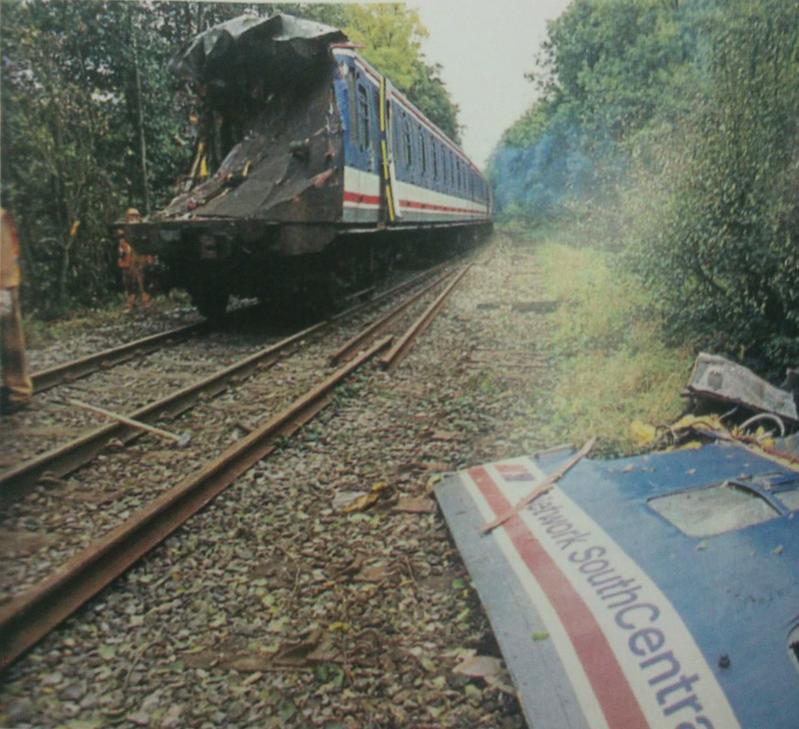 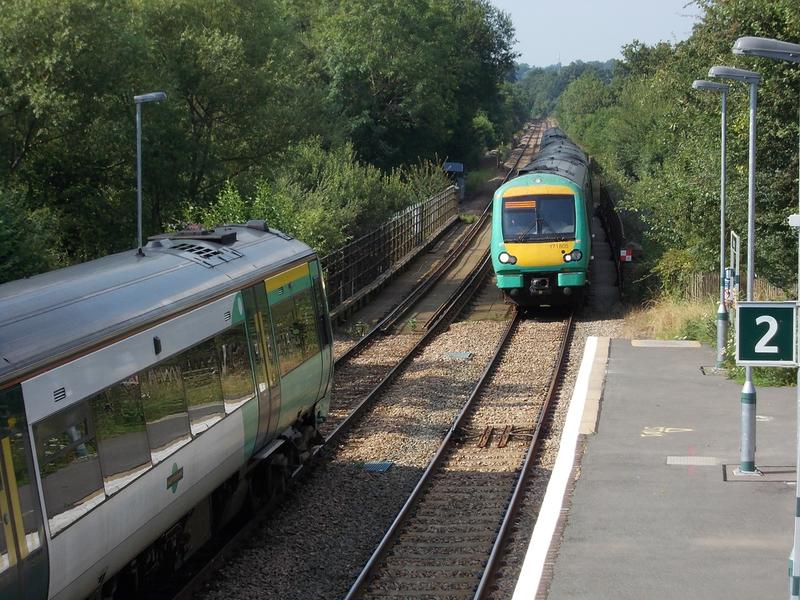 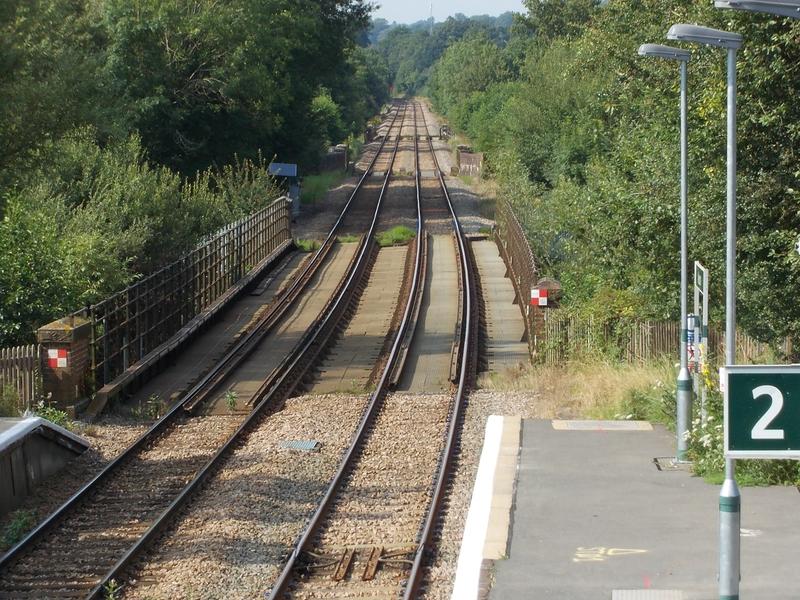 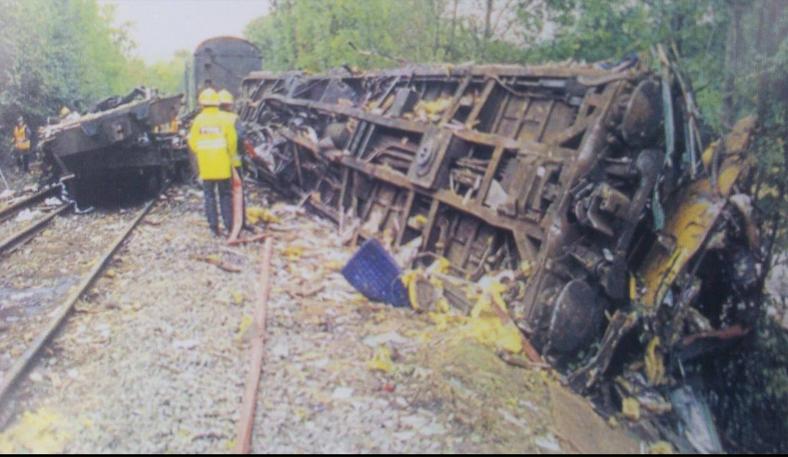 At 0827hrs on Saturday the 15 October 1994, around 269 metres south of the end of the platform at Cowden Station in Kent and 14.8k from Oxted, there was a head-on collision between two trains in heavy fog. This branch line is from Hurst Green junction near Oxted, south to Uckfield and at this point is single track.

Essentially, the Northbound train failed to wait at the Ashurst Loop and entered the single line section at Blackham junction against the Red signal at OD58. The Southbound train driver, unaware of the train coming towards him on the same track, pulled away from  Cowden and the two units had a head-on collision south of the station.

Two modern trains passing on the Ashurst Loop in 2012. Blackham Junction is around the bend in the far distance.

Coach F- Lying on its side down the embankment

All other units described as "Cushions and light fittings displaced"

The Inquiry, led by Major  C B Holden, HM Assistant Chief Inspecting Officer of Railways, found the fault for the collision rested solely with the driver of the northbound unit; but also questioned who was actually driving. The guard of the northbound unit was in the driving cab, contrary to regulations and had been previously warned about driving trains. However, whether he was driving or not will never be known for sure as he and both drivers were killed in the collision. Both of the front ends of both trains were so badly damaged that it was not possible to ascertain the exact positions of the crew in the northbound train at the point of impact.

Several other possible contributory factors were considered by the Inquiry. The lack of crashworthiness of the aging thumpers was considered and may have played a part in the redesigning of carriages that followed. Additionally, a lack of cab radios was also considered as the Oxted signalman could see from his electronic board what was going to happen, but could not communicate directly with the drivers.

The effectiveness of the signal OD58 was also questioned as there was found to be contamination on the insides of both of the signal lenses, the red lens seeming to be more affected than the green. However, after the accident, the red aspect of Signal 0D58 was seen to be alight, hence it can be inferred that at the time the northbound train passed it, signal 0D58 was showing red. The Inquiry also found that the AWS (automatic warning system - alerts the driver when passing a red signal) on the northbound train was working correctly.

The front carriage of 1129 and 1118 were completely destroyed and were either cut up at the scene or shortly afterwards. Because of the complex work required to recover the leading vehicle of the Down train, the line was not restored to traffic until 18.40 on 18 October.

Parts of units 1101, 1118, 1129 and 1132 have survived into preservation, after giving continued service the the various South Central franchise holders, until the entire class was replaced in 2004. All the carriages currently in preservation suffered no real damage in the collision; their condition at the scene being described in the official report as “Cushions and light fitting being displaced”.