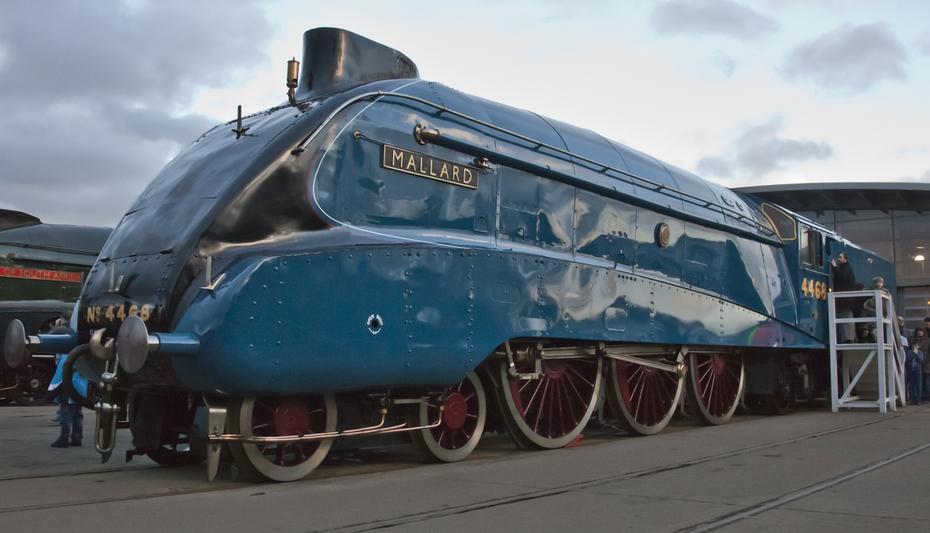 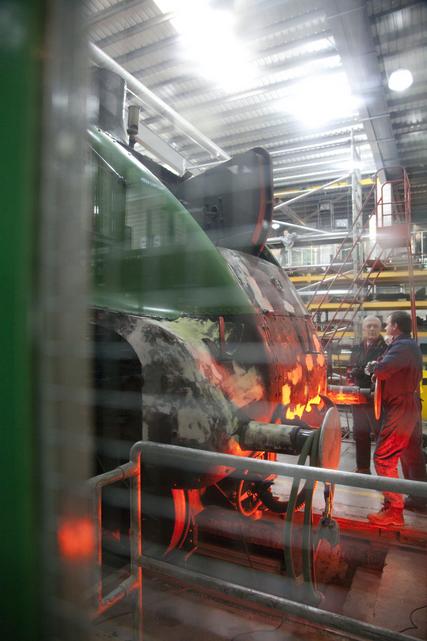 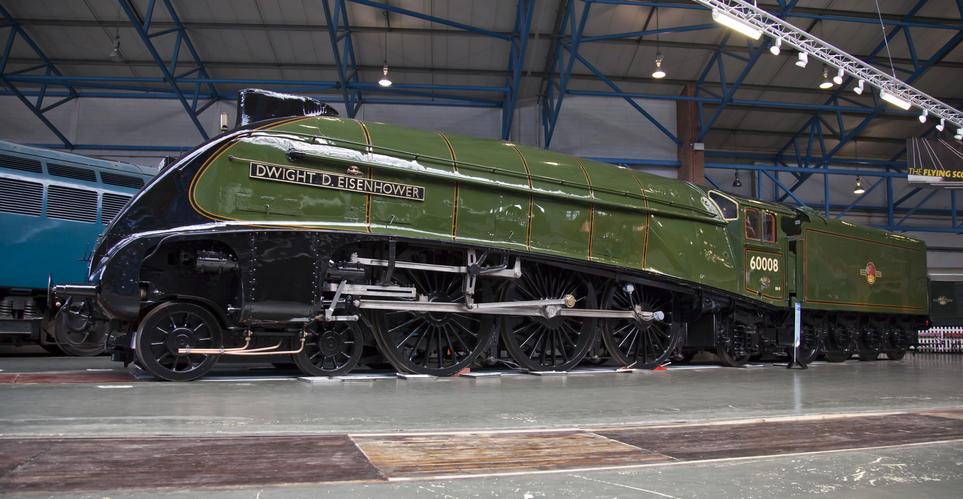 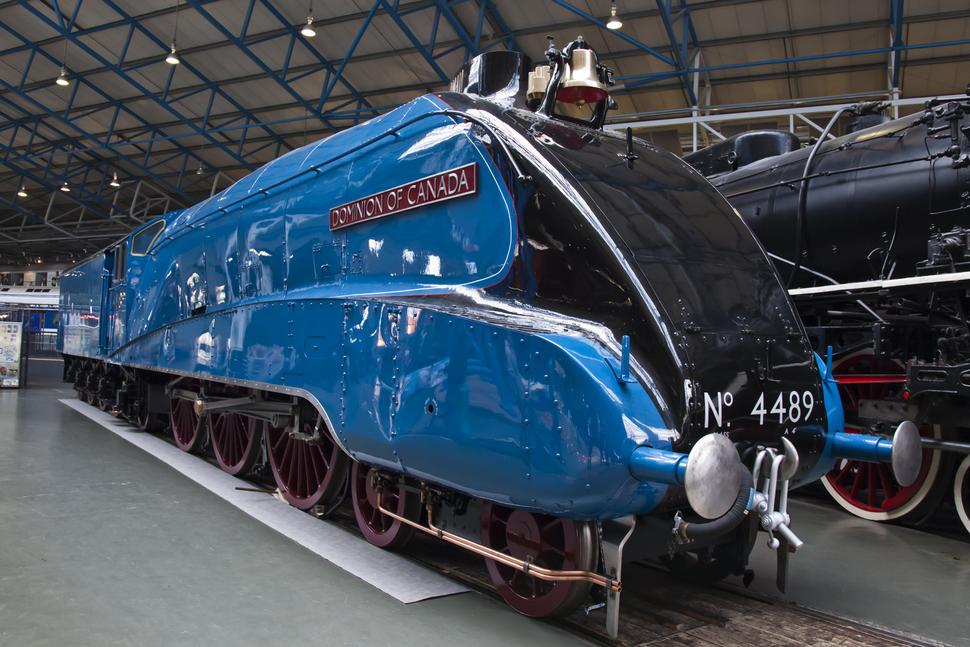 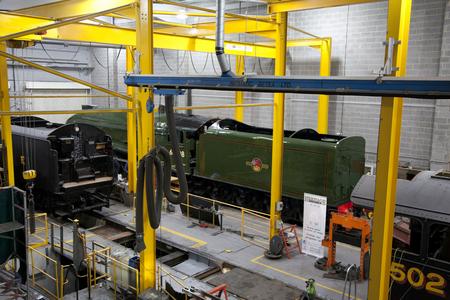 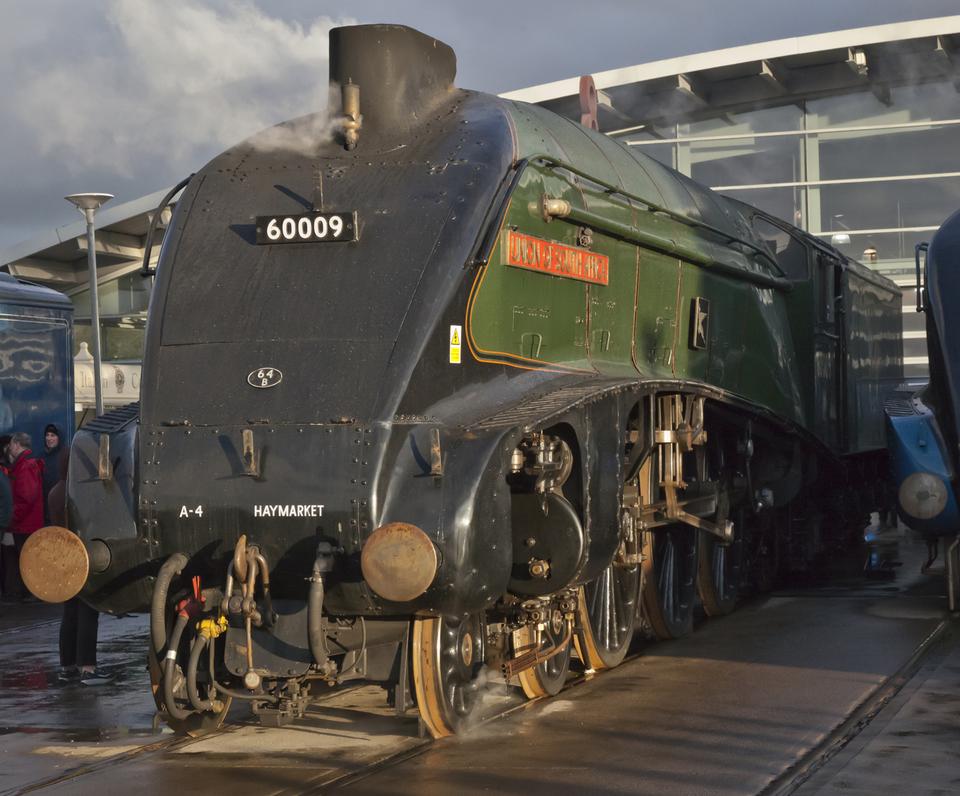 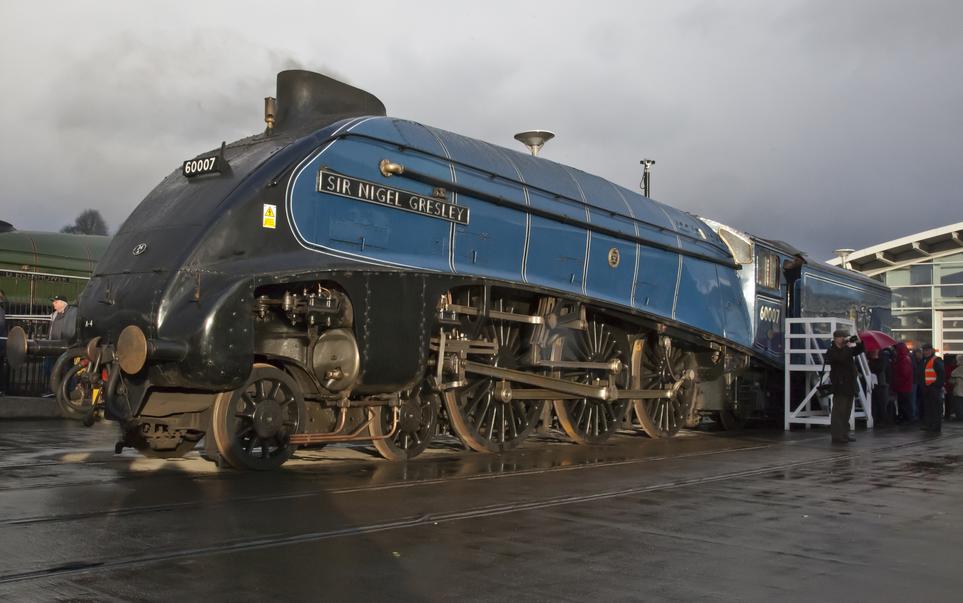 Most of the day was pretty crowded and made photography very hard, it was only at the end of the day things were clear enough to get shots and fortunately the weather improved at that point too.

It was worth the wait to get the shots for an event which will never happen again.

​Images and words by Amy Adams 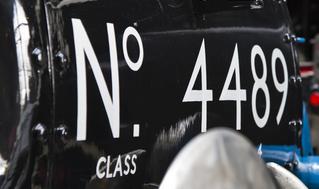 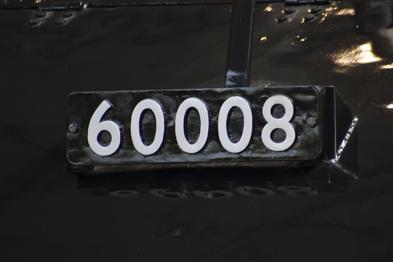 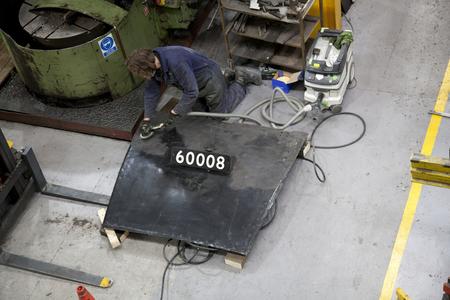 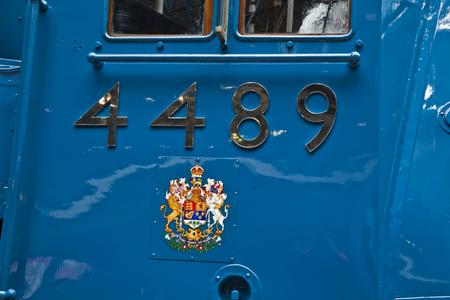 On the 3rd of July 1938 LNER Steam Locomotive 4468 Mallard reached a 126MPH achieving the world speed record for steam traction, which it still holds today.

In 2014 the National Railway Museum in York who are the owners of the Mallard decided to have a series of events to celebrate the 75th anniversary where all 6 surviving locomotives were reunited.

You may say that brining 6 locos together is easy considering heritage lines are always moving locos around the country for galas and the such but with the A4's two were preserved by museums the other side of the Atlantic.

This engine was restored into its original condition, modifications were made to give the original appearance.

​When built the Canadian Rail Road presented it with a bell but this was later removed when it received a double chimney, also the original whistle was a multi chime version which was later replaced, these were both reinstated as part of the restoration

Over the year there was a number of lined ups of A4's, the first was one at York where all 6 were lined up around the turntable but knowing the amount of people who went I knew photography would be impossible so I waited until the line up happened at Shildon. 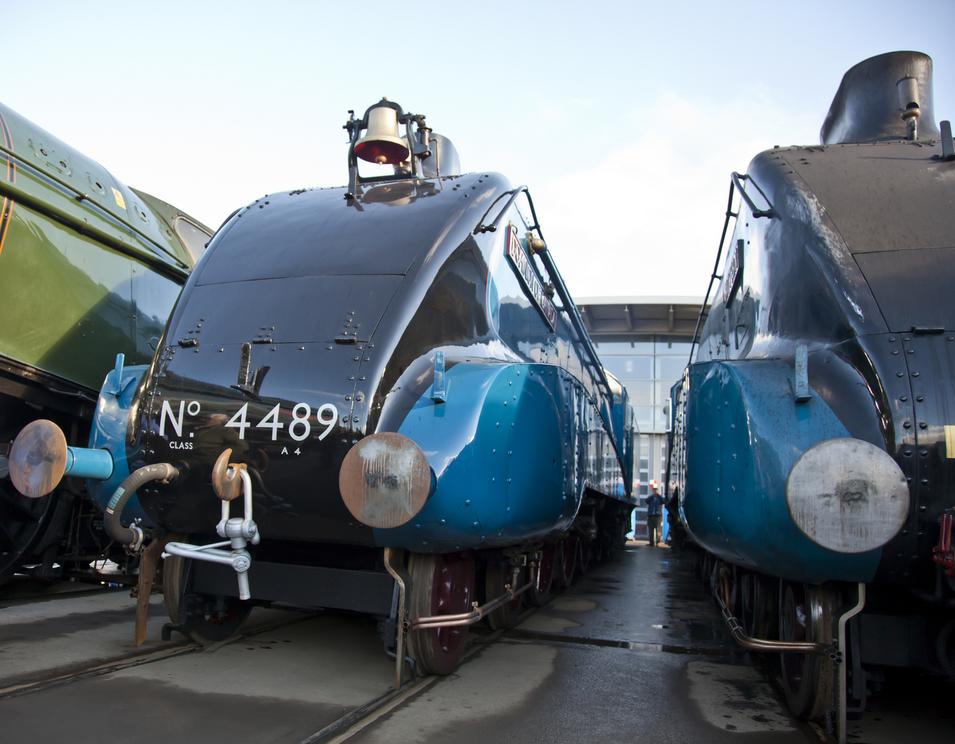 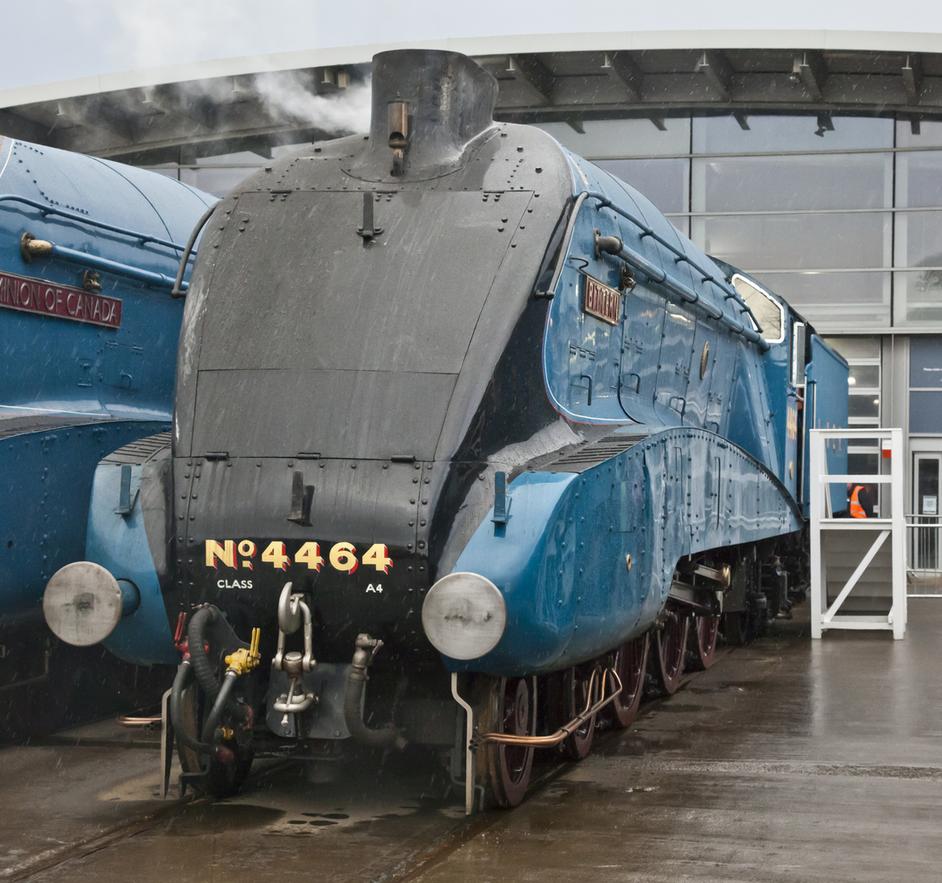 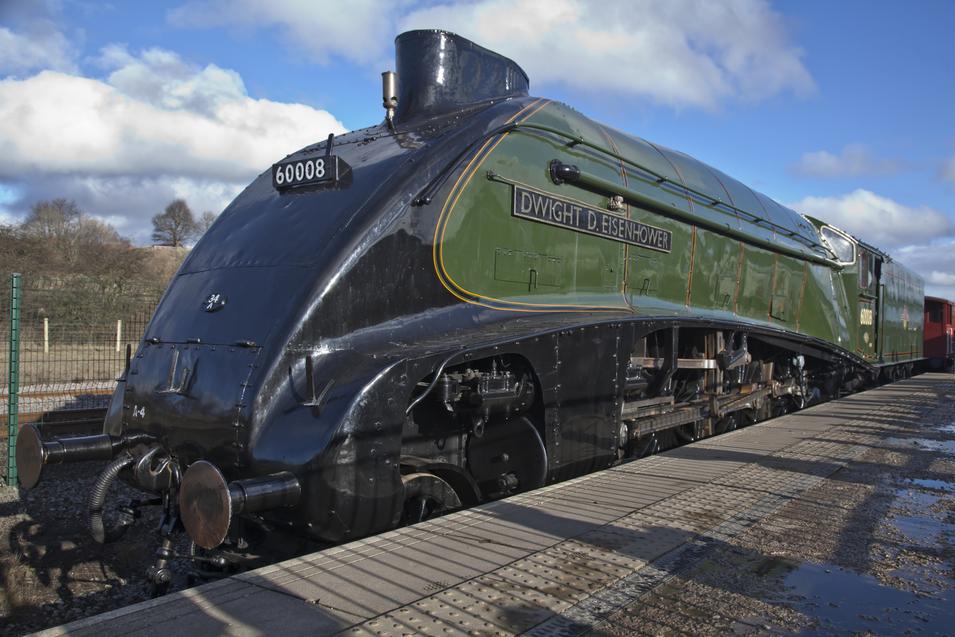 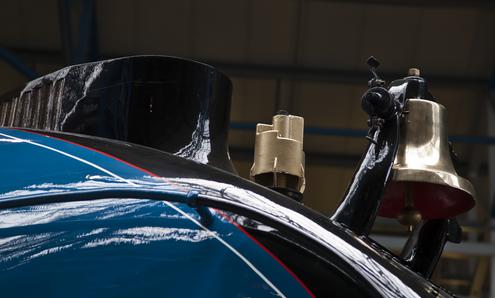 The Shildon Line up 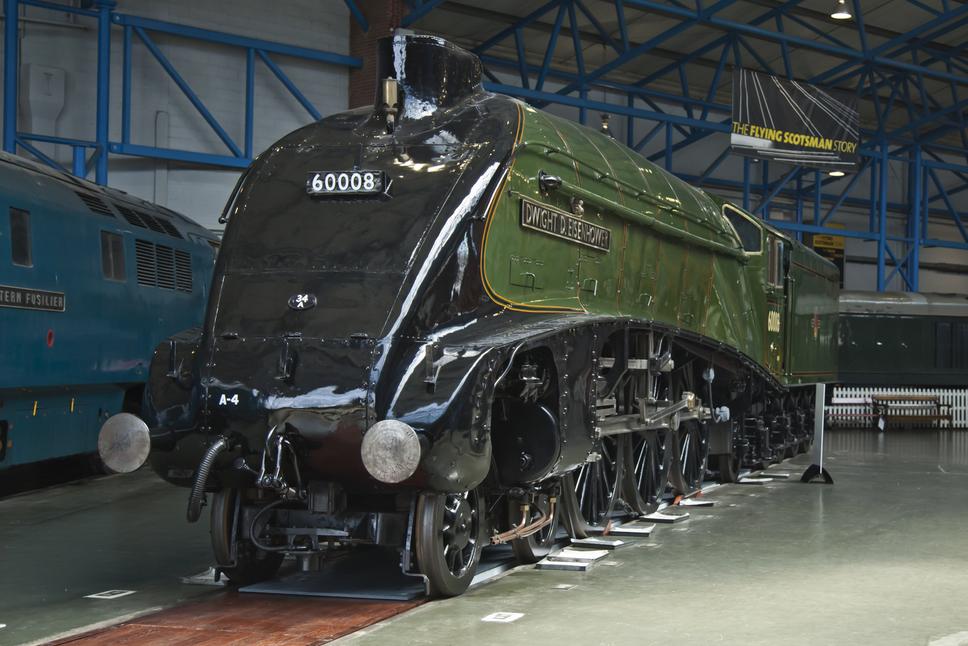 It tool me a while to get this shot, even though its many shots merged into one I took a lot of waiting to get each shot clear of people

Over the years the paint finish had degraded  and both locomotives were looking pretty shabby. A deal struck by the NRM to both museums basically said if they would lend the locomotives they would be cosmetically restored