What I came home with.

The EPB as I got it out of the box minus the motorised chassis.

Unfortunately the it had been weathered which is something which has come back to haunt me but apart from that is in good condition.

I decided to make the cut on one of the door shut lines so I ended up making the cut on the first saloon just to the left of the number. 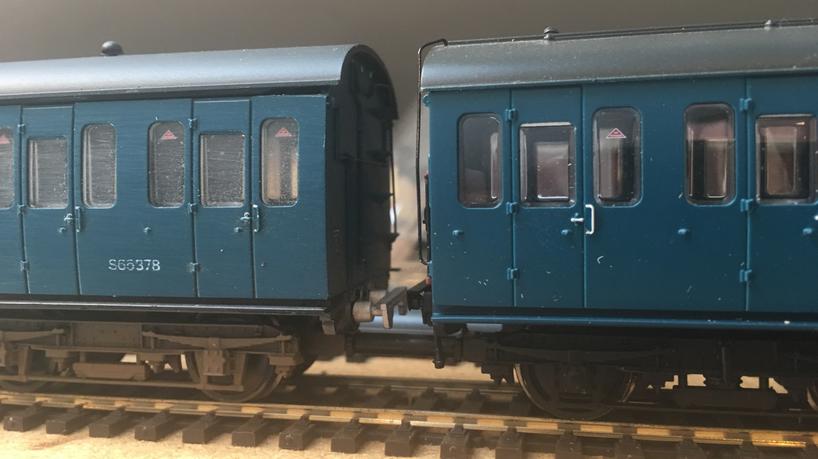 The painted roof is being trial fitted also the new rubbing plate can be seen.

The trailer chassis now needs to be painted to help blend it in.

Also for some reason the solebar of the Kernow model is painted blue, I haven't seen any evidence for this, I've seen images of CEP's and other Units with blue Solebars but no Thumpers, If you have evidence please let me know but on the model this is also to be painted black 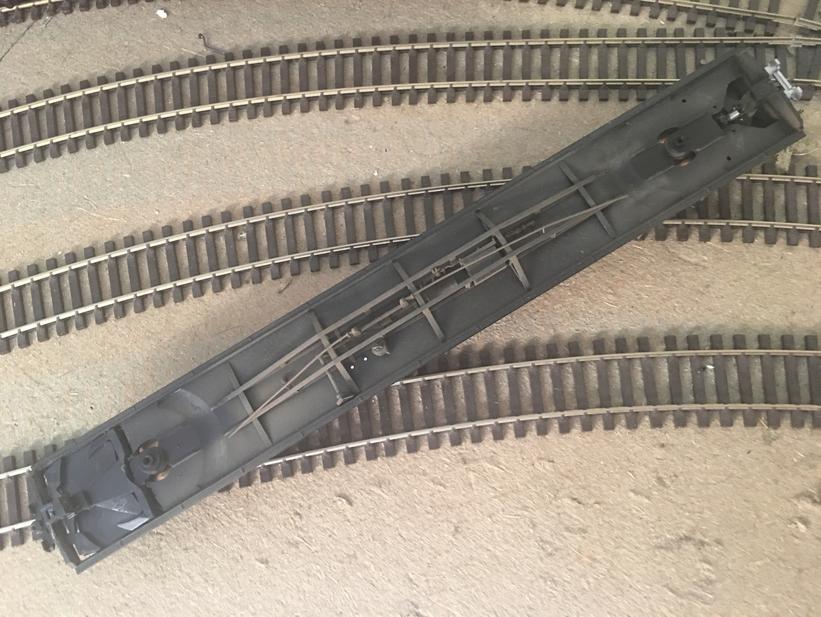 The finished model as a 3 car unit. 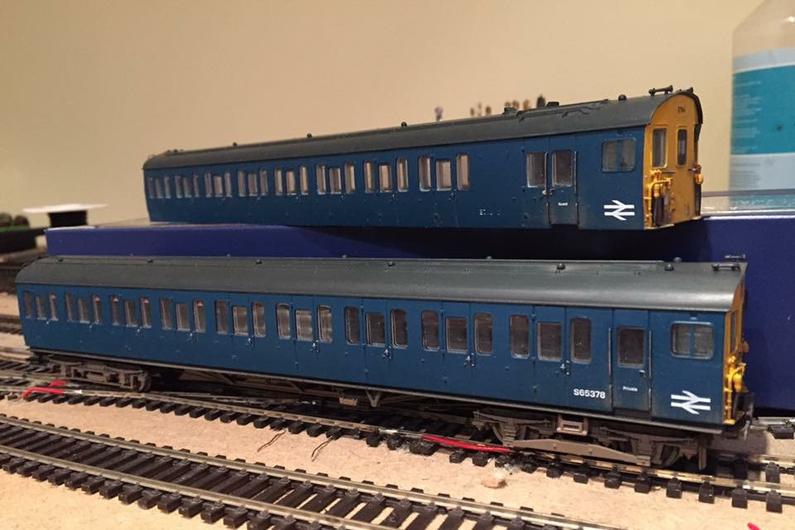 this shot shows where the pieces have been joined, also you can make out where the fuse box and shoe beam was removed from the bogie.

Also at this point ignore the roof, more of that later

The centre trailer unlike the outer vehicles had no pipes or conduit on the roof at all and was a clean finish.

On the model the roof is detachable, my first thought was to sand down the roof but after a rummage through the box of spares I found a spare roof from DC Kits.

The roofs simply unclip so removal was easy, The DC roof was an east fit but they are made over length. I had to order roof vents from Comet but once these were marked out and fitted they look ok. The entire roof was then sprayed using paint from Phoenix-Precision Paints which is an exact match for the Bachmann roof

Build a Centre Coach for the Kernow Thumper

The under frame after modification.

The left was the cab end and it only had the conventional coupling not the close coupling mechanism which is fitted by by Bachmann on the inner ends.

I got over the coupling issue by grafting in one of the couplers made by Keen Systems which works the same way as the Bachmann system.

Most people who have purchased the excellent Kernow Thumper have been disappointed that they are only available as a 2 car united would desperately like to get a centre car.

This is something Id been looking at for a while and the only answer I could think of was to convert one from an EMU.

There were a few blue EPB's on offer online which were down to around £75 but thats still a bit steep for something which is going to be chopped up as soon as you'd have it, so I sat on the idea for a while.

One day I was in MIB Models in South Wales (I got to plug the shop cos its owned by a mate of mine) where I saw on the shelf an EPB with the motorised chassis removed leaving an intact trailer and the body of the Motor Car.

This was snapped up for £30 and that was the start of a new project. 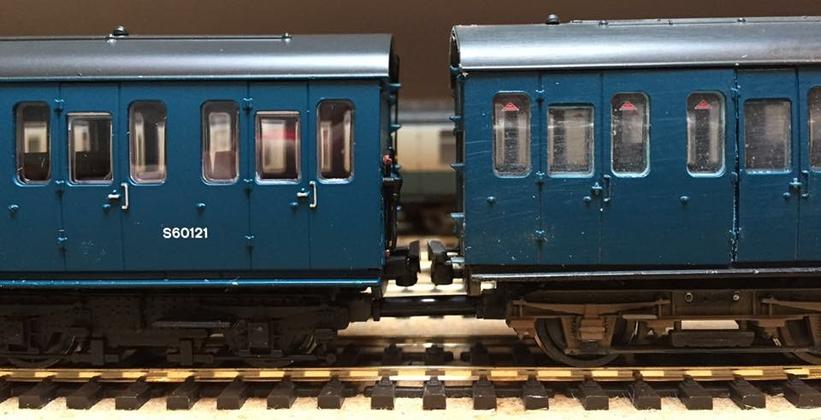